In 2010, the Macedonian government began an urban development project to restore and rebuild public buildings, monuments and museums in the capital of Skopje, but rather than give these structures a sense of modernism, they instead were constructed and adorned with classical elements to create a new “ancient” city core. Even socialist buildings from the 1960s were given older touches with towering Greek columns and balustrades. In response to this project, which was labelled “Skopje 2014,” artist Adnan Softić created a 30-minute musical film, Bigger Than Life (2018), which will be screened at Berlinische Galerie’s 12×12 IBB Video Space this month. 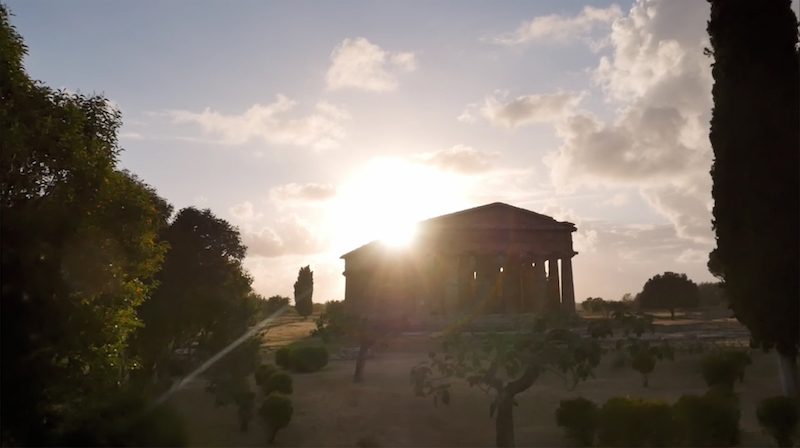 In Bigger Than Life, Softić responds to the problematic, intrusive architectural remodelling of Skopje with humor and precision. Cliché sweeping views of grand buildings are juxtaposed with ironic framing, as well as close-ups that reveal the structures’ true natures as stage sets. The artist, who was born in Sarajevo, explores how history is written and rewritten, and how re-remembering the past is often linked to the desire to control the future. He questions the relevance of antiquity to our current time and, in the process, also examines who has the right to rewrite history and to restructure or reframe a narrative.