A rose-pink chainlink curtain demarcates the entrance to ‘Touch’ at nGbK. Walking through the threshold of the exhibition, I touch and am touched by Ruth Buchanan’s work, Split, Splits, Splitting. According to classical physics, there is no contact per se; it is an electromagnetic repulsion between the electrons of the atoms that make up my fingers, face and limbs, and those that make up the links in the curtain. But when these electrons ‘meet’ what is being touched and who or what is touching? Karen Barad suggests that a quantum theory of touching is radically different from the classical explanation, and radically queer, too. The exhibition reader includes a quote from the feminist theorist that illuminates the criticality of touch for how we understand proximity and care for ourselves and others. It also insinuates the root of visual hegemony within patriarchal and colonial structures. 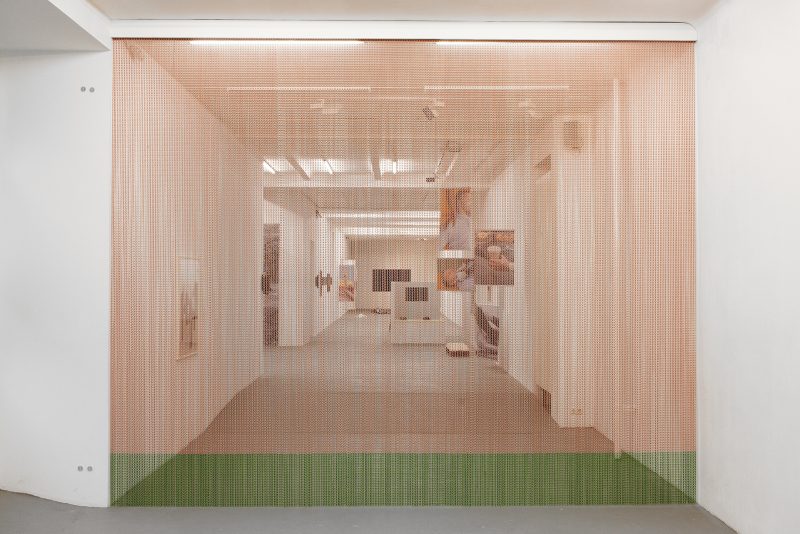 “When two hands touch, there is a sensuality of the flesh, an exchange of warmth, a feeling of pressure, of presence, a proximity of otherness that brings the other nearly as close as oneself. Perhaps closer. And if the two hands belong to one person, might this not enliven an uncanny sense of the otherness of the self, a literal holding oneself at a distance in the sensation of contact, the greeting of the stranger within? So much happens in a touch: an infinity of others—other beings, other spaces, other times—are aroused.” This is a compelling quote to return to throughout the exhibition. We know that touch situates us physically and digitally in the world, but we often fail to consider what is taking place when we come into contact with people and objects. Throughout the exhibition we encounter touch as a myriad of things; an action, a gesture and a way of reading our surroundings. It is also an expression of empathy for the other and, as Barad suggests, “the stranger within ourselves.”

Maja Zimmermann’s video Und mit manchen geh ich in die sauna (And I go to the sauna with some of them) is particularly poignant given the language and ideas deployed in much of the reporting on the #metoo movement: inappropriate touching in the workplace, sexual violence and the topic of consent. Zimmermann interviews care and sexual assistants, those who require assistance, and masseurs. The conversations “reflect on their position in a complex interplay between self-determination, boundary-setting, and the guarantee of being present.” Though the nature of their work is varied, each of the individuals interviewed works with physical touch. 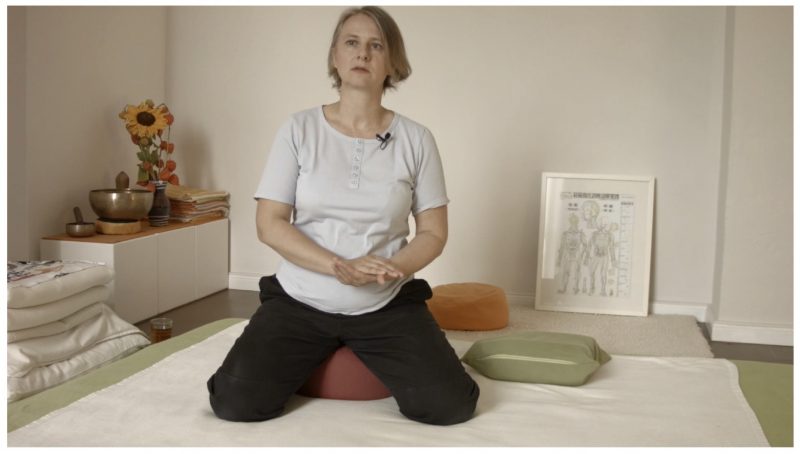 Maja Zimmermann: Und mit Manchen geh ich in die Sauna (And I go to the Sauna with some of them), film still, 2018, ‘Touch’ // Courtesy nGbK

Common to all of the interviewees is a sophisticated understanding of and language for the “multidirectional open zone of professional closeness.” It is perhaps as a result of the essentialist, flattening language we are exposed to through the media about touch and sensuality, that the professional practices of these individuals seem so radical. For example, one therapist talks about how, after showering her patient, she will massage his back in movements that mimic his breathing rate, which can have a calming effect or, if necessary, a stimulating one.

In another interview a care worker explains how he might simply hold a client’s hand while they watch a film together. This professional closeness is redefined daily through the “temporal, emotional, and physical limitations of these working relationships.” Their use of touch as an expression of empathy allows for them to respond to shifting limitations of their professional relationship. With each interaction they are able to bring pleasure, comfort and relief by troubling the border of self and other.

Anike Joyce Sadiq’s video installation This You is Me looks specifically at this ‘vulnerable border’ between self and other, by directly involving the visitor. The first time I entered the space it was filled with visitors. It appeared to be a projector shining white light onto a short poem in a small, white room. Once the room emptied out I returned to get a better look at the poem. As I was alone, the projector cast a silhouette of my body next to the poem. No one entered the room as I read through the text, and so I failed to notice another silhouette appear on the other side of the wall. It was only when the figure began to raise its hand towards me and merge with my own shadow that I spun around, only to realise I was still alone. 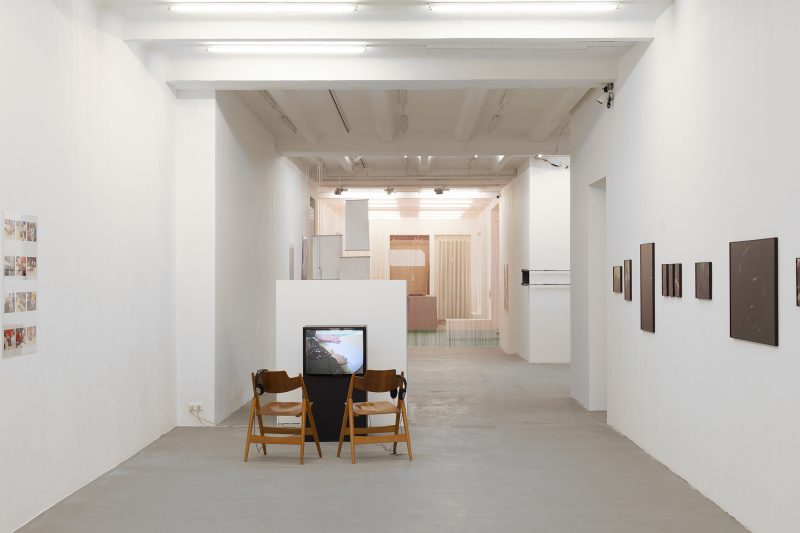 Sadiq’s “uncanny shadow” and Barbara Proschak’s photographic work Are You Touching the Table or Is the Table Touching You? both interrogate our bodily relationship with the other. The unease I felt when my silhouette merged with the other shadow in Sadiq’s work belied my disquiet—arguably culturally constructed—at making contact with another. Proschak is more concerned with the relationship between body and object. She stages body and sculpture—the Varier Ekstrem chair—asking: “is it possible to be like the chair on the chair?” In the photograph, the body and the sculpture/chair merge. The body becomes part of the sculpture, “the chair acquires a corporeality.”

‘Touch’ is an exhibition focused on the significance of touch and the haptic. While there are works, like Cevedet Erek’s syntehtic carpet SSS – Shore Scene Soundtrack that invite the physical act of touching, it is a predominantly visual exhibition. It is not an exhibition about touching, but about the political and social possibilities of allowing ourselves to touch and be touched, and how that capacity to vulnerability might alter our relationships to objects and people. 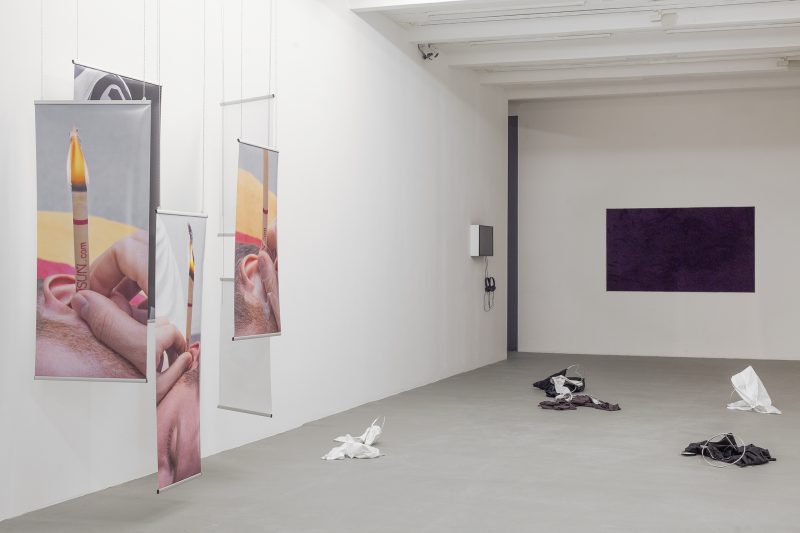