Certain sounds are music to our ears, and apparently also to the bacteria in our waste. Cecilia Jonsson can not only prove this through her research, but can demonstrate the results as pieces of art. Each of her samples, showing differing levels of corrosion caused by bacteria in sewage water that was exposed to sounds and music, are unique in their aesthetic. Jonsson’s project expresses ideas about individuality in society and breaking taboos, but also science and our understanding of complex versus simple life-forms and their relationships to the senses, particularly sound.

She wants to change how we see the world around us: what we deem as disgusting or as waste, sentient or non-sentient, she argues, is worth reconsidering. If each sample of bacteria changes its behavior when listening to different sounds, music and frequencies, what does it tell us about people? 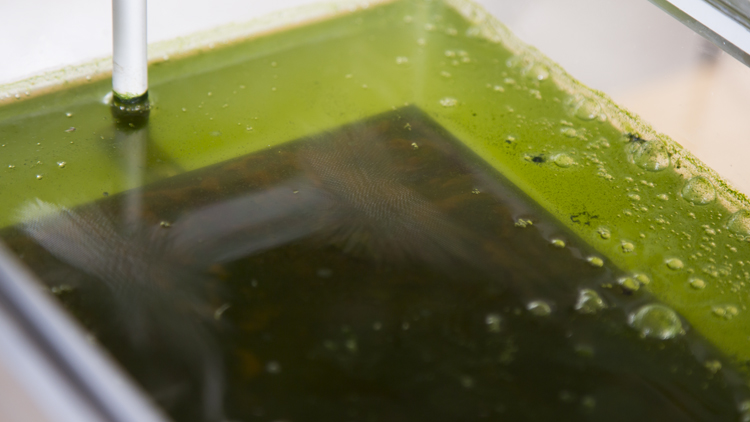 The solo exhibition is ironically located just steps away from the Brandenburg Gate, on the bustling Unter den Linden—the pristine Champs d’Élysée of Berlin—hidden away inside what looks like just another towering office building. Opening as part of Berlin Art Week, Contemporary Diagram brings something new to the table, highlighting Jonsson’s incredibly diverse use of media, manipulation of materials and, of course, bacteria.

The gallery space first presents some of the tools the artist employed, to provide context for her lab and work space, including notes and documentation. Then, visitors can become absorbed in eight samples hanging on the walls, that appear as pieces of contemporary abstract engravings, or textured paintings on slabs of metal. They are, however, displays of the corrosion in metal caused by the bacteria when placed in ideal wastewater conditions, with high microbe levels influencing growth, each exposed to different sounds. Visitors are also invited to listen to the sounds each sample of bacteria was reacting to, by resting their ear next to the displays. Projections on the floor show the movement of the bacteria and the changes in behaviours. The compositions and their aesthetics are up for interpretation, but their origins and intentions are the result of an experiment: Jonsson exposes the bacteria to ultra- and infrasound, complex frequencies, her own voice and music from Russian composer Alexander Vasilyevich Mosolov. 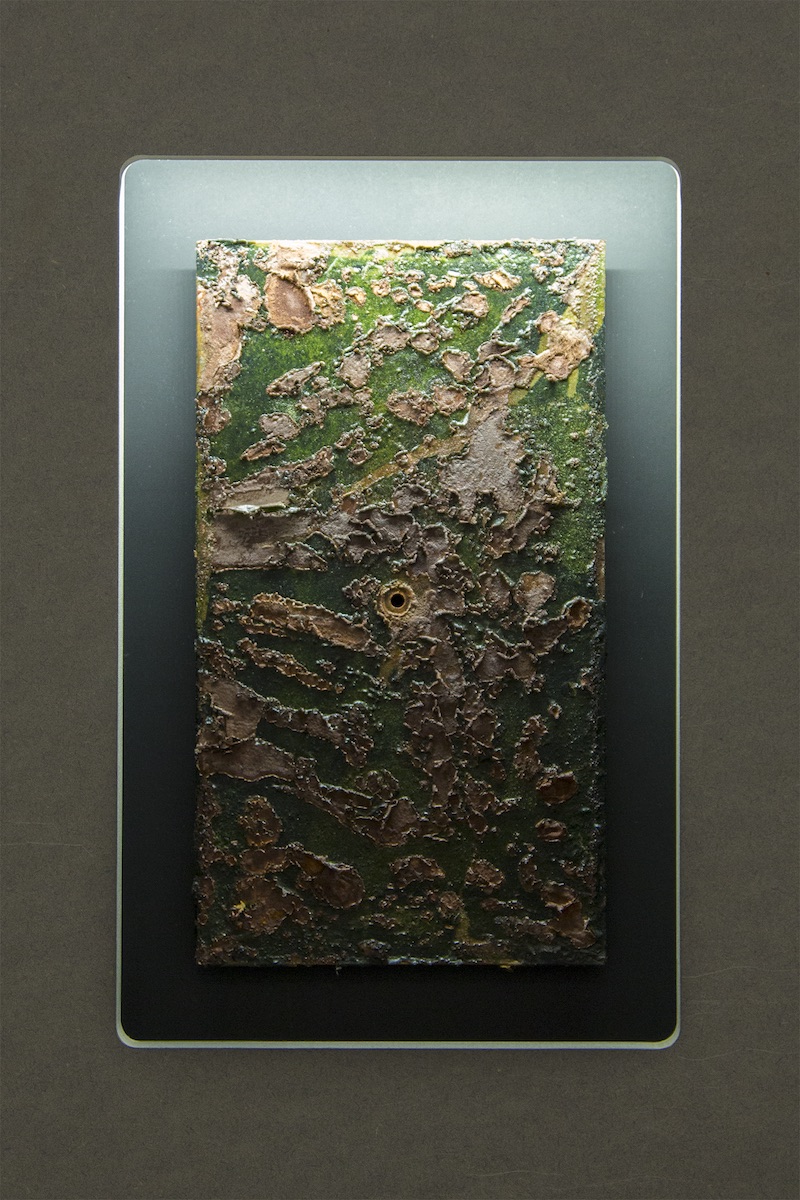 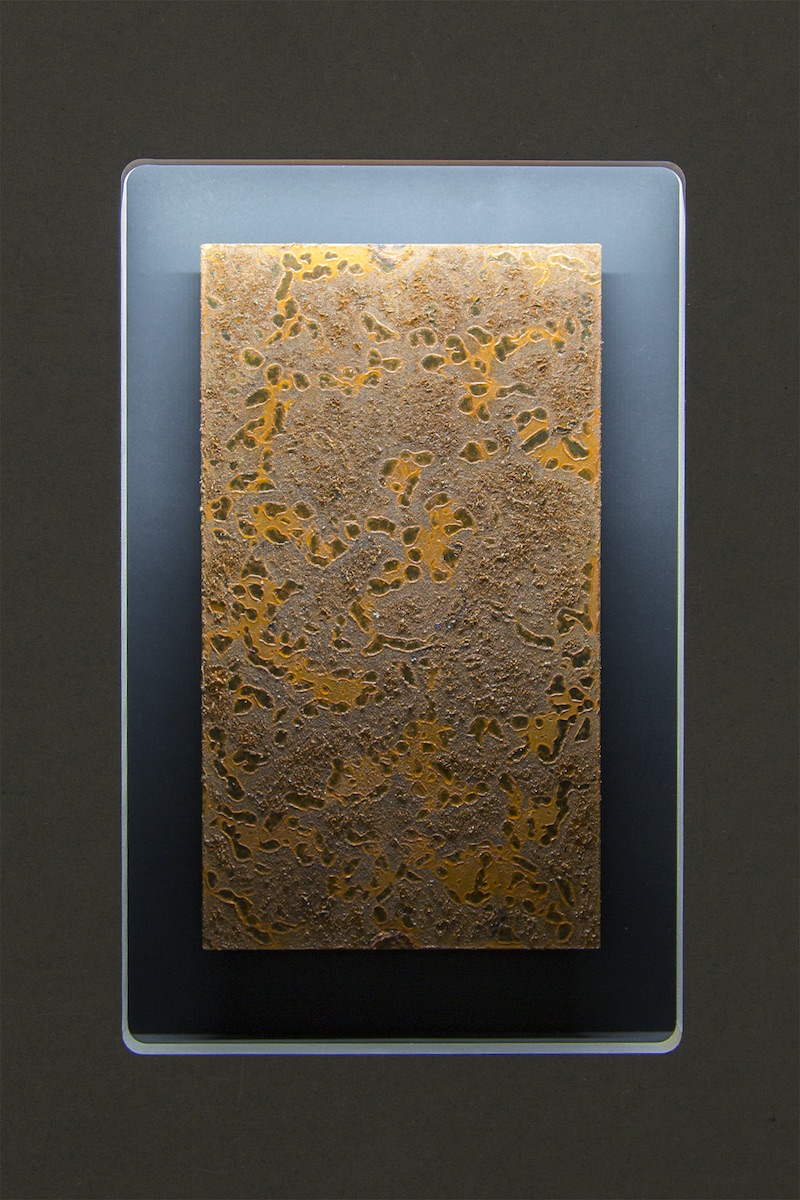 Her artistic research was inspired by hydrodynamic experiments of Norwegian physicist Carl Anton Bjerknes, who examined the mechanical tendencies of fluids and discovered relationships between electromagnetic effects caused by bodies moving through frictionless fluid. Jonsson’s displayed research notes in the exhibition show Bjerknes’ influence on her work, with similarities to the way Bjerknes interpreted and documented his experiments. For this, she crosses many theories and disciplines to send her message; the scientific process and what it created is part of the art itself. 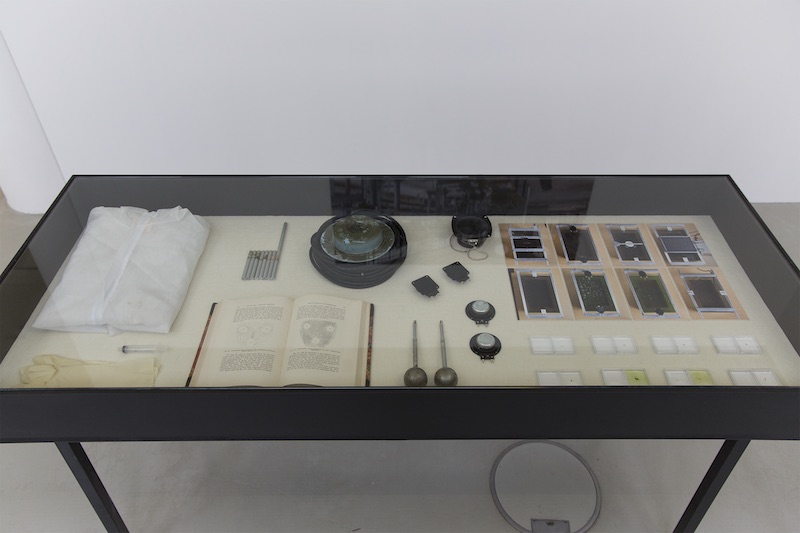 Our surroundings are much more complex than we can imagine, constantly in communication with each other, even if we may not feel or see it. Jonsson’s creation of visual art through an experiment conducted in a sewage plant, breaks down the borders between art and science, while questioning social constructs and preconceptions attributed to other life-forms.