In ‘Tangible Remains, Hidden Matters’ at Decad, Julia Varela and Lisa Rave render our devices, infrastructure and storage as material objects; extracted from the earth and invariably returned there as waste. As you enter the exhibition space in Kreuzberg, pulverised plasma screens fill a display case where you would expect to find archival documents or photographs. Instead, a work sample of Varela’s two-part sculptural work Mehr Fantasie(2017-18) fills the case with millions of specks of dust; particles which once made up the technology of our screens spread out like miniature geological landforms. 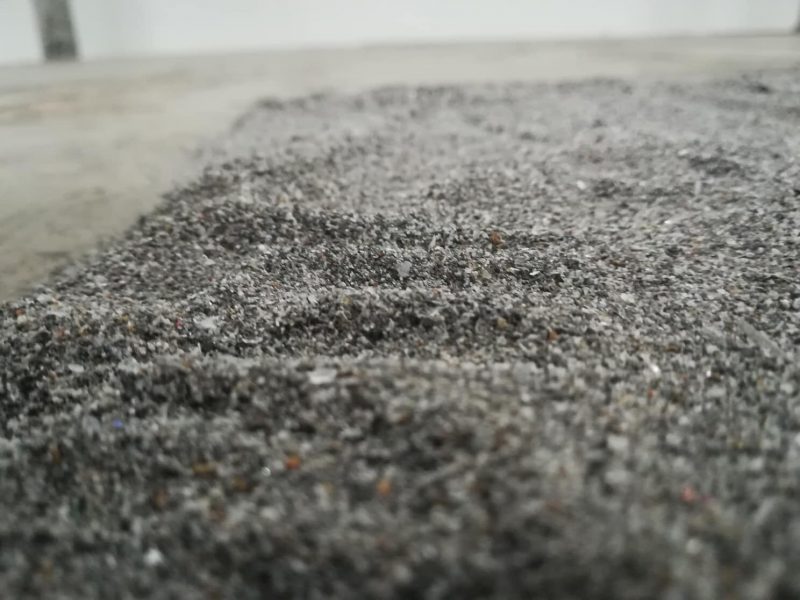 In the two-artist exhibition, Varela employs damage as an analytical device, “shifting the focus from production to the disposal of electronic devices.” Our capacity and rapacity to consume media culture, as well as virtual and augmented reality, is of course contingent on our reading of them as immaterial phenomena. Mehr Fantasie disrupts this assumption by reducing technology “to the very essence of its physical body: dust.” The dust is a reminder and perhaps a warning that “the preconditions for digital culture and mass media are of a highly physical nature.”

The exhibition’s curator, Lena Johanna Reisner, identifies that “the production as well as the disposal of electronic devices…have complex geopolitical, geological and ecological implications.” The formation of the plasma dust within the display case evokes images of extra-terrestrial landscapes, transmitted back to earth by ever more complex and improving technologies; technologies which will inevitably join the obsolete, orbital space debris. Junk that, while invisible to the human eye, continues to litter the planet’s atmosphere. 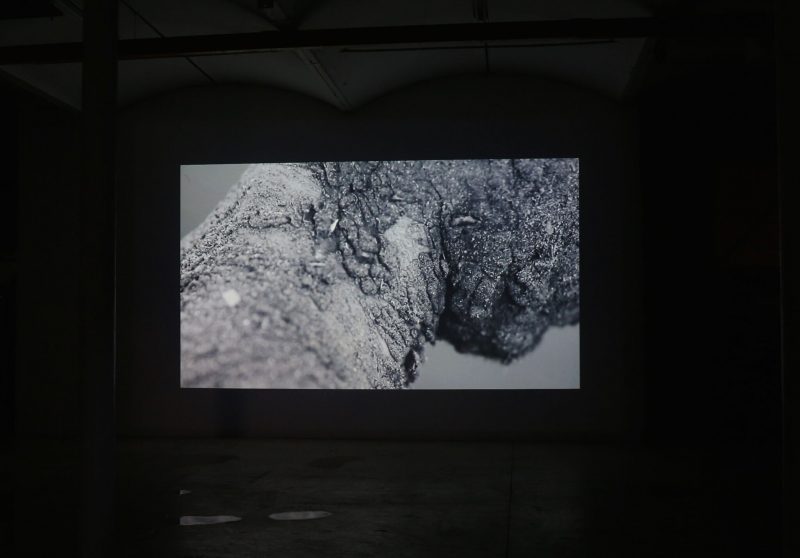 Mehr Fantasie contains a film component in which dust from the plasma screen is graphed onto the body of a woman. As the camera pans across the body, the scale of the landscape is initially unclear; it could be the surface of a planet or, just as easily, a tiny rock. An eyelid, and a tendon in the neck, however, provide the necessary scale for the dust. Both the film and the work sample allude to the question of e-waste and evoke images of space junk and earthly dumping grounds. Reisner specifically identifies Agbobloshie, Accra in Ghana, which has “become one of these toxic environments, inhabited by people outside the range of economic and environmental privilege.”

By grafting the plasma screen dust onto the body Varela presents the particles as part of an embodied narrative. Media theorist, Jussi Parikka posits; “Dust does not stay outside us but is a narrative that enters us: dust has access in every breath inhaled, and it entangles with our tissue.” In Mehr Fantasie, Valera places us in uncomfortable proximity to our own waste. We are unable to dispose of it and pretend that, once out of sight, is has disappeared. Instead, it settles on our skin, its poison sinking into our pores.

Lisa Rave investigates one of the chemical elements that contribute to “sharper, crisper display” in these plasma screens. In her film Europium (2014), the element “is not only the title and the subject of the film, it literally plays a role by making the images appear to the viewer as they are.” Rave uses europium to explore the phenomenology of images and geology of media; drawing on colonial dependencies of the valuable element, as well as its connection to Spiritism, the global economy, and commodity fetishism. 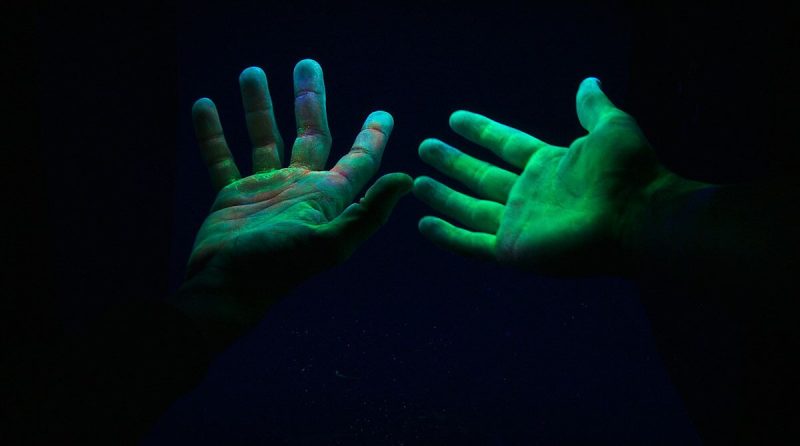 Despite its name, and its presence in Euro banknotes, there are no deposits of the rare earth on the continent. Instead, it is mined in parts of the USA, China, Russia, Australia, India and the South Pacific. Rave investigates the potential site of the first deep-sea europium mining intervention in the Bismarck Sea (where Germany has a colonial past). In same region of the South Pacific, the Tolai people of Papua New Guinea use “tabu” or “shell money” as a unique form of commodity currency. Rave weaves together insights into the current use of europium and its relationship to the global financial system, with research of the region’s colonial past to articulate “the ever-persistent forms of resource-driven colonialism.” Reisner suggests that “Europium reveals some part of the complex set of relations hidden in the materiality of technology.” 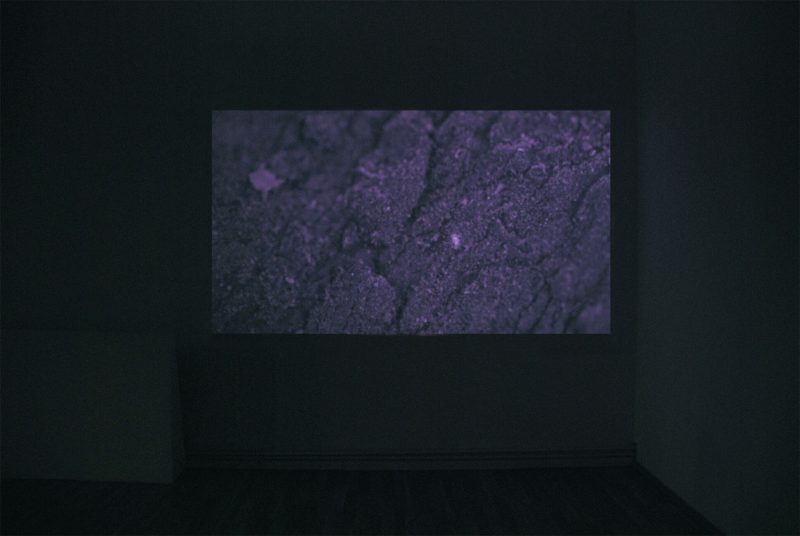