He lived alone inside a floating camera and traveled through 3,000km of Europe’s rivers, surrendering himself and his art to the forces of nature. Light, water and his own emotions are what drive Maciej Markowicz’s entirely unique photographs, which he captures on an antique-style camera obscura that floats from city to city.

The camera obscura – translated from Latin as ‘dark room’ – installed in Markowicz’s boat is a recreation of the first camera ever invented: a dark room with a lens facing the outside that projects an upside down image opposite the lens onto a white sheet of photographic paper. When light is exposed by opening and closing the shutter, it creates a reverse color negative image onto the paper, creating a photo. When Markowicz sees something meaningful to him, he presses a button next to the steering wheel to open the shutter and take a photo. The results are vibrant and unexpected, with a chaotic aesthetic entirely subject to the randomness of movement, light, reflections and his intuition. 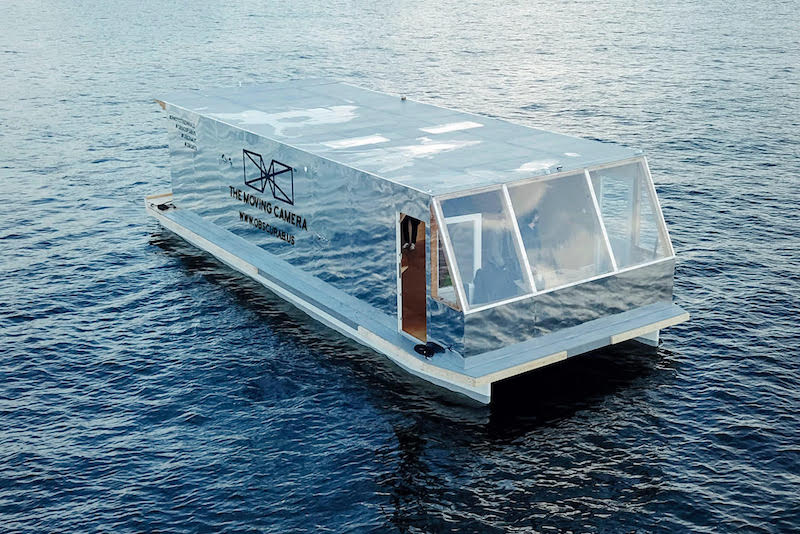 “There is an urge for photographers to have control. But I thought: why don’t I just let everything go and leave it to nature, the power of water which is constantly moving?” His transient sailor-artist lifestyle almost sounds like a made-up story. Looking down from Jannowitzbrücke, it was hard to believe that I would step inside this tiny, all-reflective floating box, and even harder to believe that this box is a home.

Markowicz welcomed me with a cup of coffee and a seat on one of the plush bean bag chairs. A bed folds out from the wall when he sleeps, there is a mini-kitchen, a desk, and some examples of his work hanging from the walls of the boat. Behind the black curtain lies his work: the camera obscura, which fits about 12 adults when he expands the room for river tours. Visitors sit around the large projection, watching an upside down motion picture of the city passing by them. 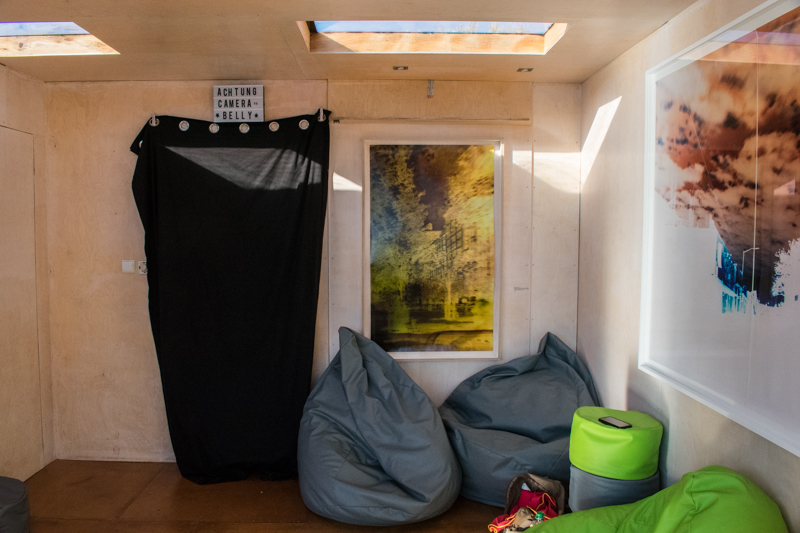 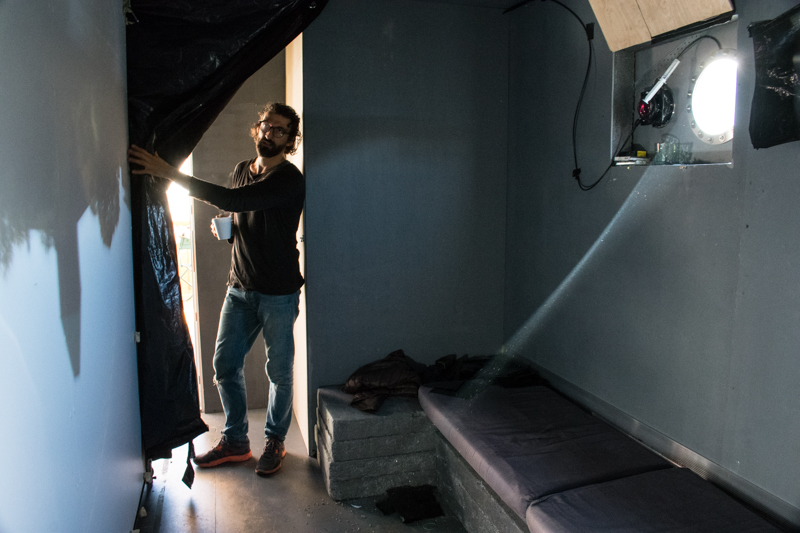 Camera Obscura in the Moving Camera // Photo by Sofia Bergmann

“The daily influence that a photo has on people became very reduced,” he says in relation to the influx of images that bombard our hyper-digitized society, which has effectively decreased their visual impact. Markowicz’s photos therefore transcend the visual. “What is it and how is it that this [place] makes me feel?” he asks. “I want people to reflect on seeing urban life in a different way and realize that there is something beyond what you really see.”

“For me, being inside a camera is being inside my own consciousness, the camera and I are one symbiotic thing. The reason why I’m pressing the shutter here and now is an instant and direct impulse of myself,” he explains about the emotional connection tied to each photo. “My edit is purely based on whether the photograph I see is close enough to the feeling that I remember.” 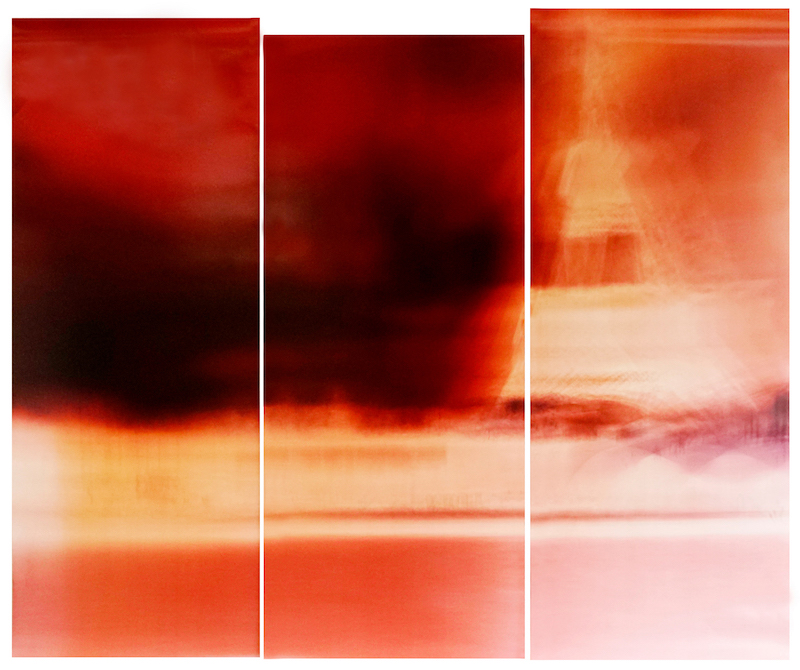 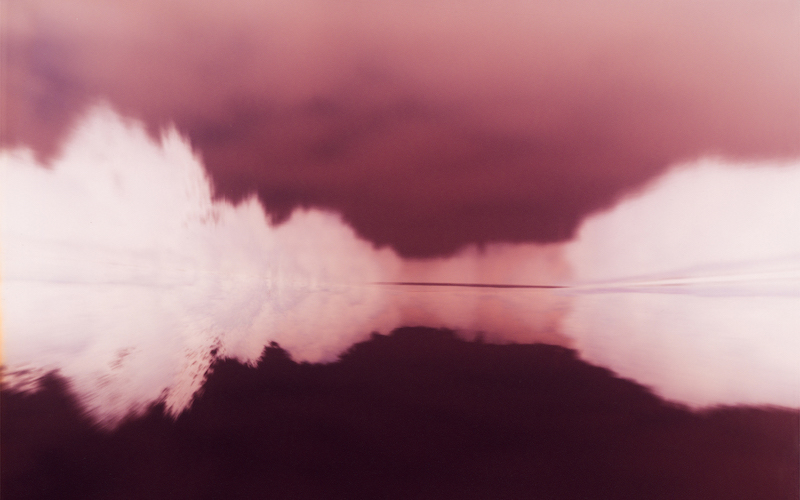 Markowicz recalls always being a curious wanderer as a child, and a camera obscura aficionado, which is why he considers the boat to be “a pure definition of who I am as an artist.”

While living in New York in 2010, Markowicz was inspired by the combination of motion and light while passing through a tunnel. He sketched the first design for the floating camera that night, and knew this was his life dream. After finding an old VW van in Brooklyn, Markowicz installed a camera obscura and spent his days driving through New York to begin the experiment. 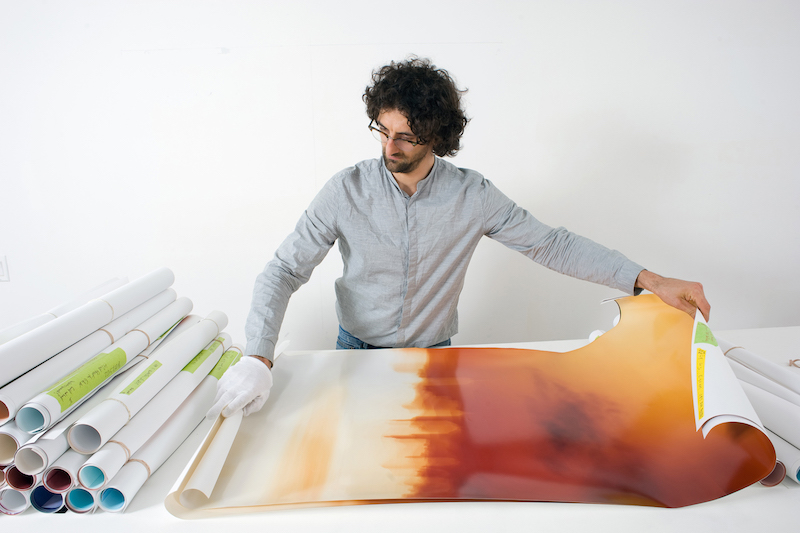 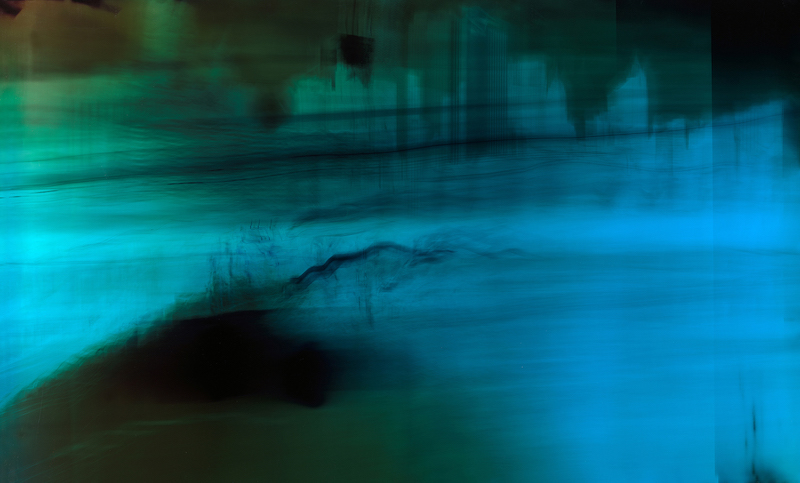 The boat project was accomplished through the [2BOATS] – Übermut Project, an initiative of visitBerlin and Hamburg Marketing funded by the German Foreign Office. Once the project was confirmed by the Hamburg Triennial of Photography and Übermut Project, Markowicz built the boat in April 2017 with his brother in their home country of Poland. With absolutely no experience in building or driving a boat, “common sense and Youtube were our main sources,” he says. The process took about four months to complete. He experimented around Amsterdam with a friend before it was time to put on the captain’s hat and begin his pursuit.

From October 8th until December 20th of 2017, Markowicz traveled from Amsterdam to Paris through inner waterways of the Netherlands, Belgium and France, and then to Berlin where he disembarked for the winter. In June of this year, he sailed to Hamburg for the Triennial of Photography, where some of his work was exhibited, and spent the summer conducting tours and photographing Berlin, his base since 2014. 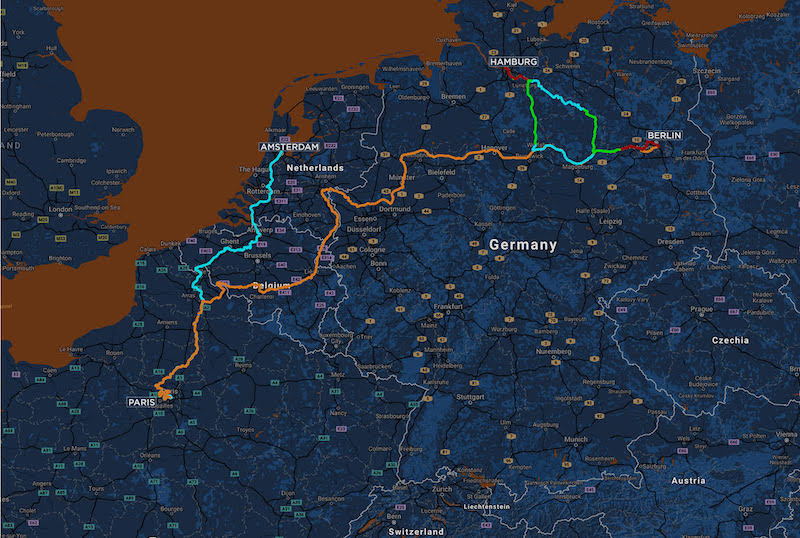 The journey was thrilling, challenging but also peaceful and very beautiful. With little to no human contact, plenty of language barriers, a snow storm chasing him, no heating and only one engine, it even became dangerous at times, as he was forced to maneuver through commercial traffic and rough currents. He recalls being in France when the engine stopped, and he had to paddle his 8-ton boat to safety with a wooden cutting board. He has learned a lot since then, and as he so effortlessly took me under the Oberbaumbrücke, he said he feels much more confident driving the boat after a year of experience.

Despite the challenges, Markowicz literally and metaphorically sees the world through a new lens. “You realize how massive the force of water is. I became really aware of how fragile humans are and how beautiful this planet is,” he remarks. He has seen the massive metropolis of Paris as a distant minuscule landscape, for example, and passed through Brussels surrounded by cargo ships. When in Berlin floating through the Landwehrkanal, he feels like he is in the Amazon: “you are surrounded by plants, you have turtles on the tree trunks.” 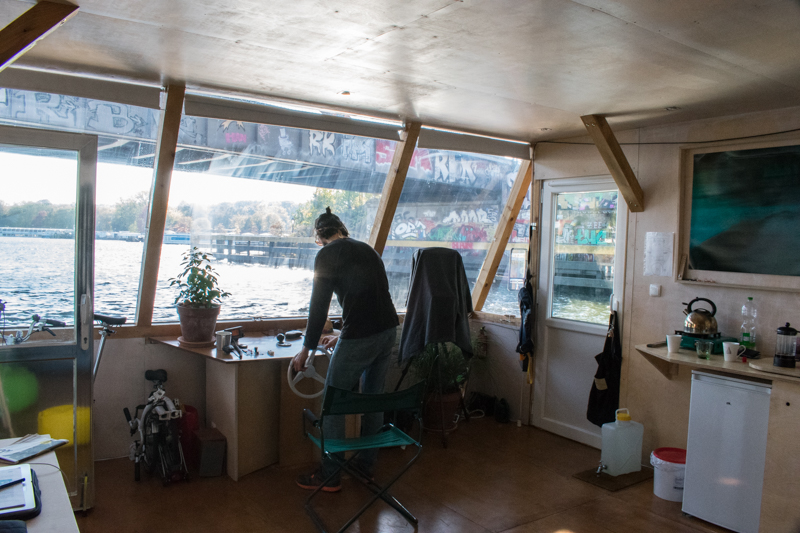 As a Polish artist living in Germany, he’s working toward taking his next voyage through the Oder river bordering Germany and Poland, photographing both countries from either side of the boat in what he considers an exploration of his identity. 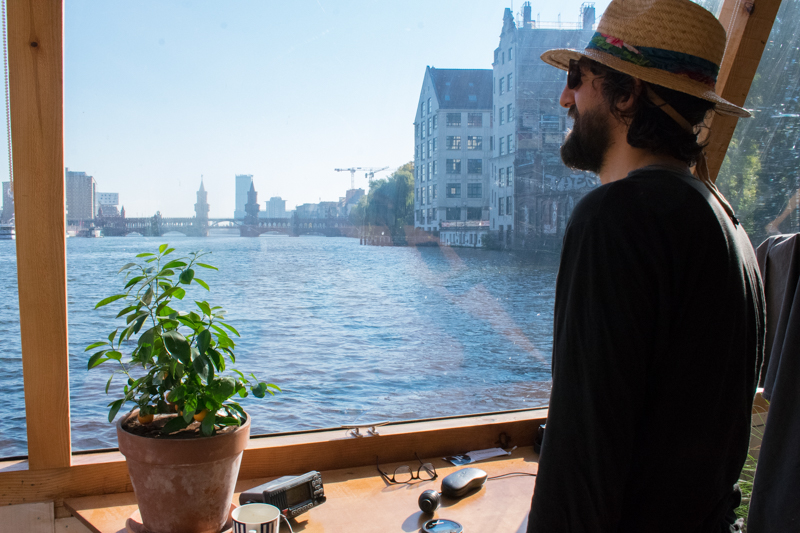 Markowicz will soon pack up the moving camera for the winter again, but his work is not done. He is preparing an exhibition in London that is set to open in May of 2019, and another in Berlin for next Fall. With this year’s river tours a success, he has more planned for next spring as well.

His new fascination with the interconenctive power of water has only inspired him to continue developing his life’s work, exploring and photographing in the most genuine form: “I hate missing an opportunity to capture the moment. I have to keep moving, the moving camera will always be moving and I will always be part of it.”