As our relationship to technology becomes increasingly fraught and the future of the internet, AI and augmented reality seem more sinister, critics invariably trace the origins of our mutating computer technology to European historical events like the invention of the printing press. Tech remains, for the most part, preoccupied with Enlightenment ideas. Yet, as Lorenzo Sandoval shows in his exhibition ‘Shadow Writing (Algorithm/Quipu)’ our technological systems have transcultural origins. Drawing on Walter Mignolo’s thoughts on decolonialism, Sandoval’s artistic investigation plumbs “alternative forms to the Western world and knowledge order born in the Renaissance” for the fascinating anthropological origins of our computer technology. 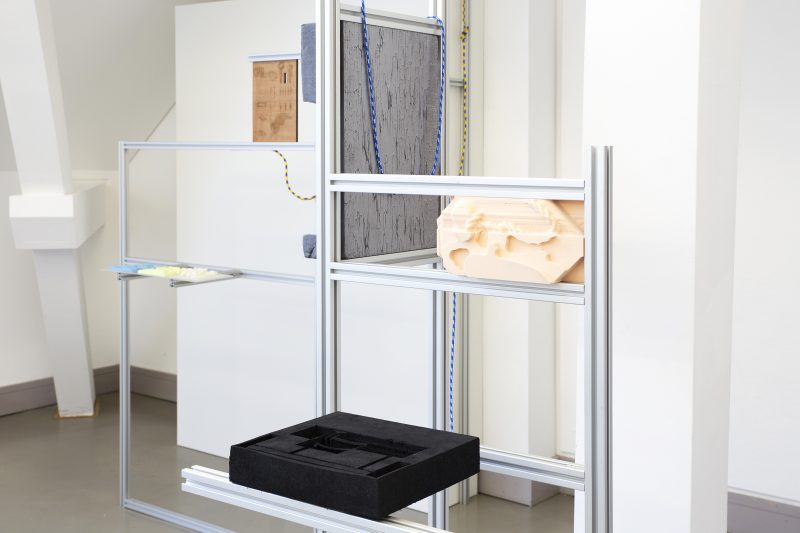 Information systems are a result of our deeply human desire to communicate with each other and coordinate our activity. These impulses did not originate in Europe alone, nor can their origins be timestamped to a singular point in its history. Sandoval’s solo exhibition, showing until the 4th of November at Schwartzsche Villa, formally and conceptually examines two elements: the origin of the algorithms and the complex Incan weaving technique of the Quipus. Sandoval takes these two ancient cultural techniques as points of departure, intertwining the two to weave a remarkable history of the origins of our computerized culture.

The exhibition comprises three-dimensional prints of Islamic ornaments, the recording system of the Quipus and two video installations. The works are exhibited on a kind of aluminum scaffolding that fits against and throughout the picturesque 1898 building. Sandoval describes the display technique as a form of “hacking” into the original German architecture. This acts as a physical manifestation of his conceptual challenge; to question and disrupt the supremacy of European thought and history, and allow for alternative models and narratives to reveal themselves from under its long shadow. 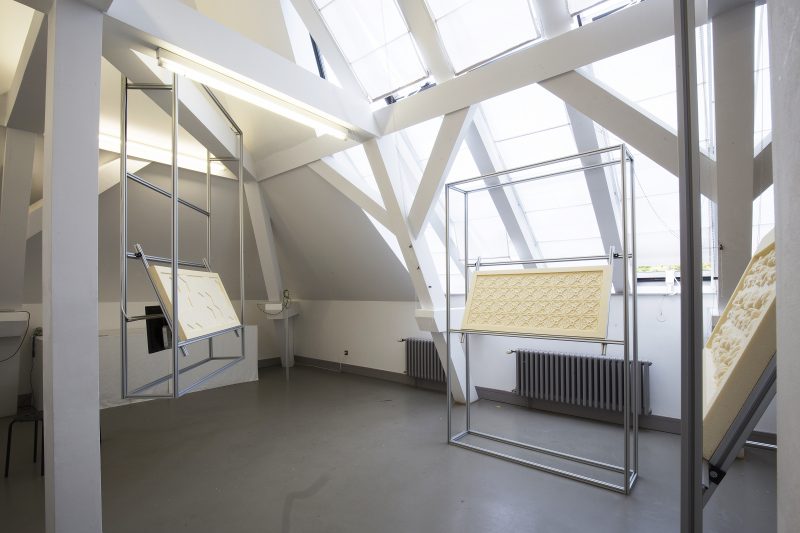 Sandoval begins his research with the ninth century Persian scholar, Muhammad ibn Mūsā al-Khwārizm. The inventor, whose name gave rise to the term algorithm is a vital figure in the history of mathematics. Sandoval uses “Algorithmi” as he was otherwise known, to examine “how mathematics was a transnational language that spanned the entire Mediterranean and linked different traditions of thought.” Sandoval proceeds to examine how the language of mathematics influenced the “aesthetic conception of Islam in terms of architecture and systems of spiritual representation in the world.” 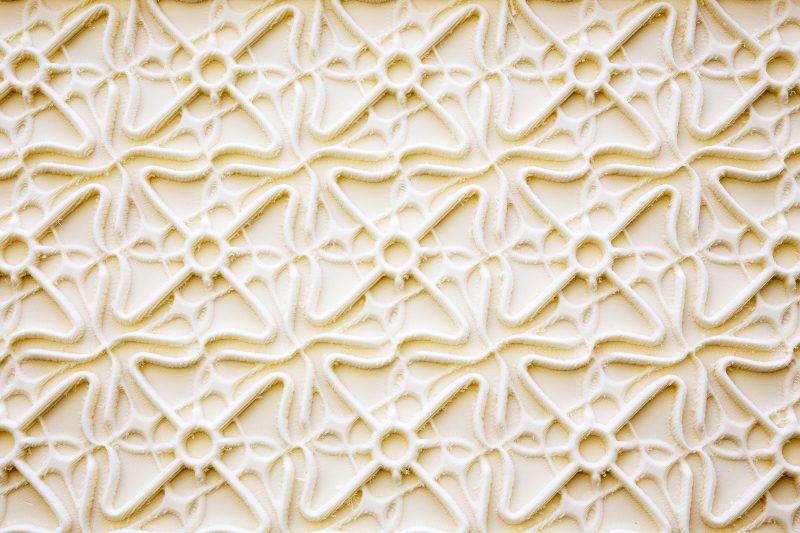 The other thread from which Sandoval begins to weave his narrative is the Inca technology known as the Quipus. It is remarkable that in a society without the the wheel or a written language, a successful bureaucratic system was maintained across an enormous landmass. The success of this system has been attributed to the effective flow of information between parts of the empire. The storage and transmission of this information was achieved by way of a quipa; consisting of an assemblage of cords of varying length and colour. Examples of quipu vary from a few strands to 3 meters long, with over 2000 strands. 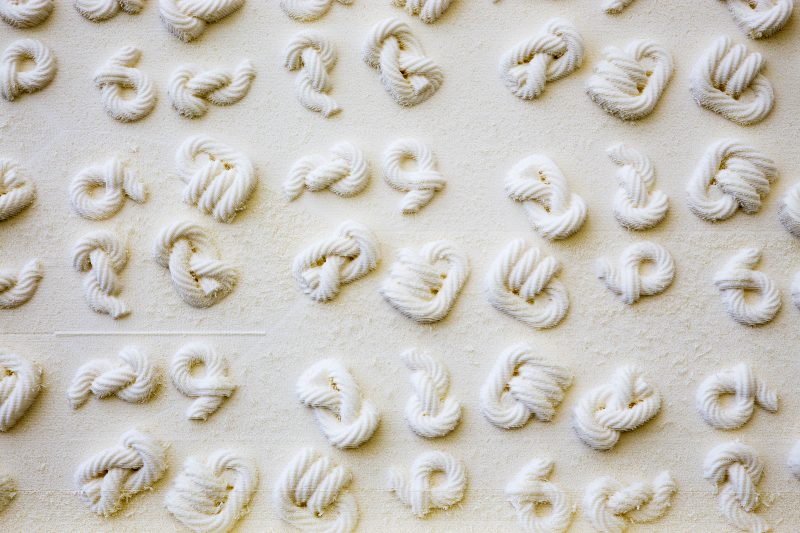 Much is unknown about how these knotted strings were able to convey intricate narratives or contain such large complex data sets. The video work details various theories of how these “talking nodes” functioned as recording systems as well as systems for calculation and writing. Within earshot is the complementary video, outlining the history of the algorithm and, by extension, our current computer technology. The two narratives sonically weave together in the appropriately bright space of ‘Shadow Writing (Algorithm/Quipu)’.