We live in increasingly complicated times. On the one hand, we have unprecedented access to data and rapidly accelerating technology; on the other, we have no real sense of how those technologies function nor what that data means. James Bridle, the curator of ‘Agency’ at NOME Gallery contends that “the acceleration is happening in corporatized and opaque technologies.” We are being surveilled via more and more deleterious ways, while our grasp on the systems and technologies that govern our lives become less transparent.

Bridle’s writing, his artistic, curatorial and tech work are all largely concerned with making the “typically unseen” visible. ­In a previous project, for example, he visualized the ways in which our browsers are routed around the world (and often along imperial trading routes) via a browser extension. ‘Agency’ is a project that also seeks to materialize the immaterial. Rather than using the vernacular of Silicon Valley or the Deep Web, the works, the artists and the talismanic practices they employ speak to the audience in a radically different language. 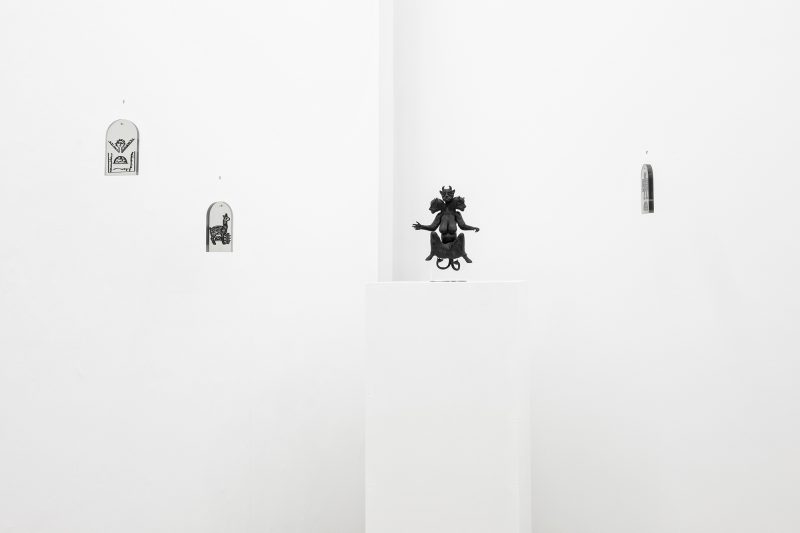 Bridle has gathered artists to “critically engage with the most technologically complex and politically pressing issues of our times.” These artists invoke the mystical and magical, to confront the mass-alienation that the planetary computational scale has enkindled and, in so doing, reassert agency onto that which we do not understand.

What is most striking when entering ‘Agency,’ is that—unlike many exhibitions that engage with themes of planetary-scale computation, mass surveillance, and conspiracy theories—the artists avoid reproducing the powerlessness they are engaging in their subject matter. Bridle has gathered artists who speak directly to the digital, environmental and spiritual uncertainty of contemporary existence, while “refusing, reassessing and rewriting the narratives of despair and powerlessness that are thrust upon us.”

Prior to Edward Snowden’s disclosure of the NSA’s spying program in 2013, general knowledge of the NSA’s scope, activities and, to some degree, existence were limited. Bridle suggests that Suzanne Treister’s 2010 drawing The US National Security Agency on Fire embodies a “performative will.” The magic at work in her painting is a divination that anticipated the NSA’s sinister conduct before the idea entered the public consciousness and further prophesies the agency’s fiery destruction. She is not simply representing the NSA; she is enacting a curse. 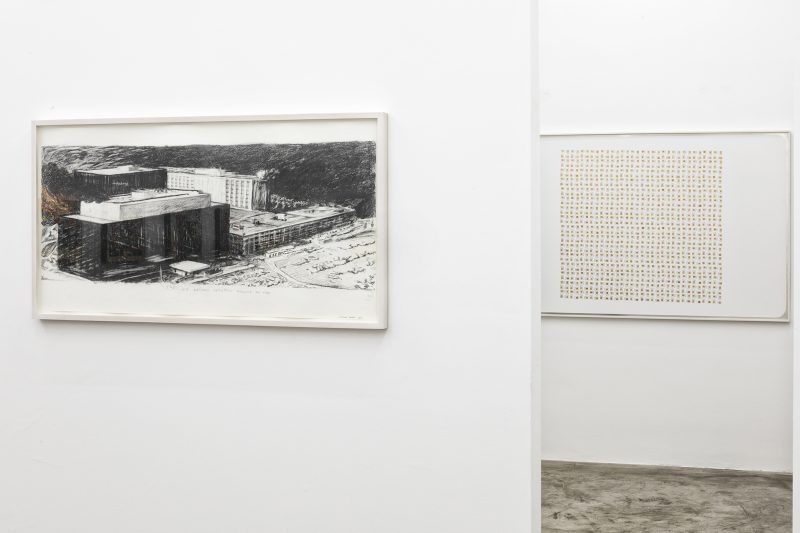 Treister has previously used the apparatus of military and civil drone operations to comment on the way that human intelligence and military intelligence interact. While her work here is also concerned with mass surveillance and speculative futures, there is no drone, nor any sign of her time-travelling alter ego, Rosalind Brodsky, in sight. Like the majority of works in ‘Agency,’ The US National Security Agency on Fire refuses the narratives and visual language of despair and powerlessness that attend most work engaged with our current “dark age.”

Each artist intervenes and refuses the images and metaphors of a digital apocalypse, temporarily breaking the spell of anxiety and alienation. Navine G. Khan-Dossos’s Cascades (2015) is based on the Islamic state flag, which itself borrows from the eighth-century flag of the Abbasids. She has refused to represent a flag that incites alarm and already proliferates throughout the mainstream media, drawing instead on its historical association. 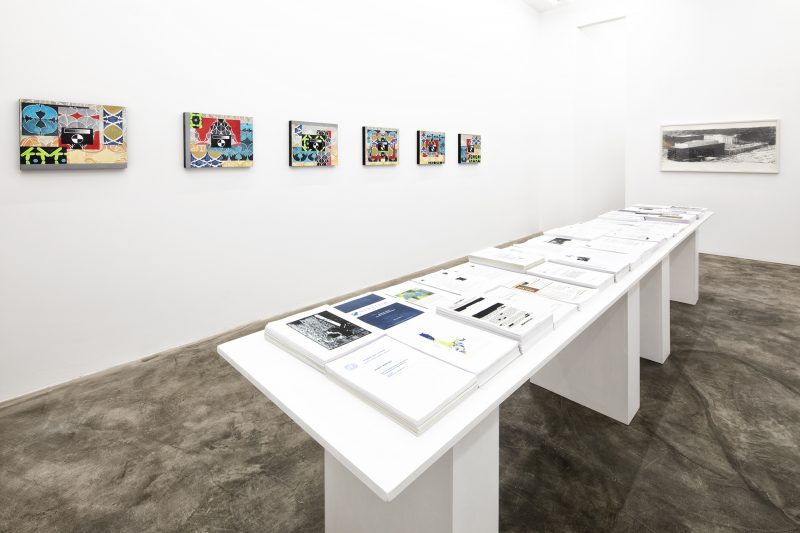 Khan-Dossos’s agency is exerted through humour; wittily deploying the flag as “a calibration target for each painting, reducing its iconography of brutality and fear to a tool for establishing the standard of black-and-white values.” It is a painting that draws on the now infamous flag’s compositional elements, using the aniconism of Islamic art to reference the algorithmic nature of our world.

Sophia Al Maria, Ingrid Burrington and Constant Dullaart invoke the mystical and talismanic to exercise their agency over end times, technological fetishisation and market manipulation. Perhaps just as surprising as utilizing the language of magic to discuss technological acceleration is the artists’ use of humour to talk about the increasingly inscrutable future of humanity. Morehshin Allahyari’s 3D-printed sculpture of the feminizing jinn, Huma, is the cause and cure of global warming. The mischievous pre-Islamic creature and bringer of fever expounds climate change as an embodied experience. 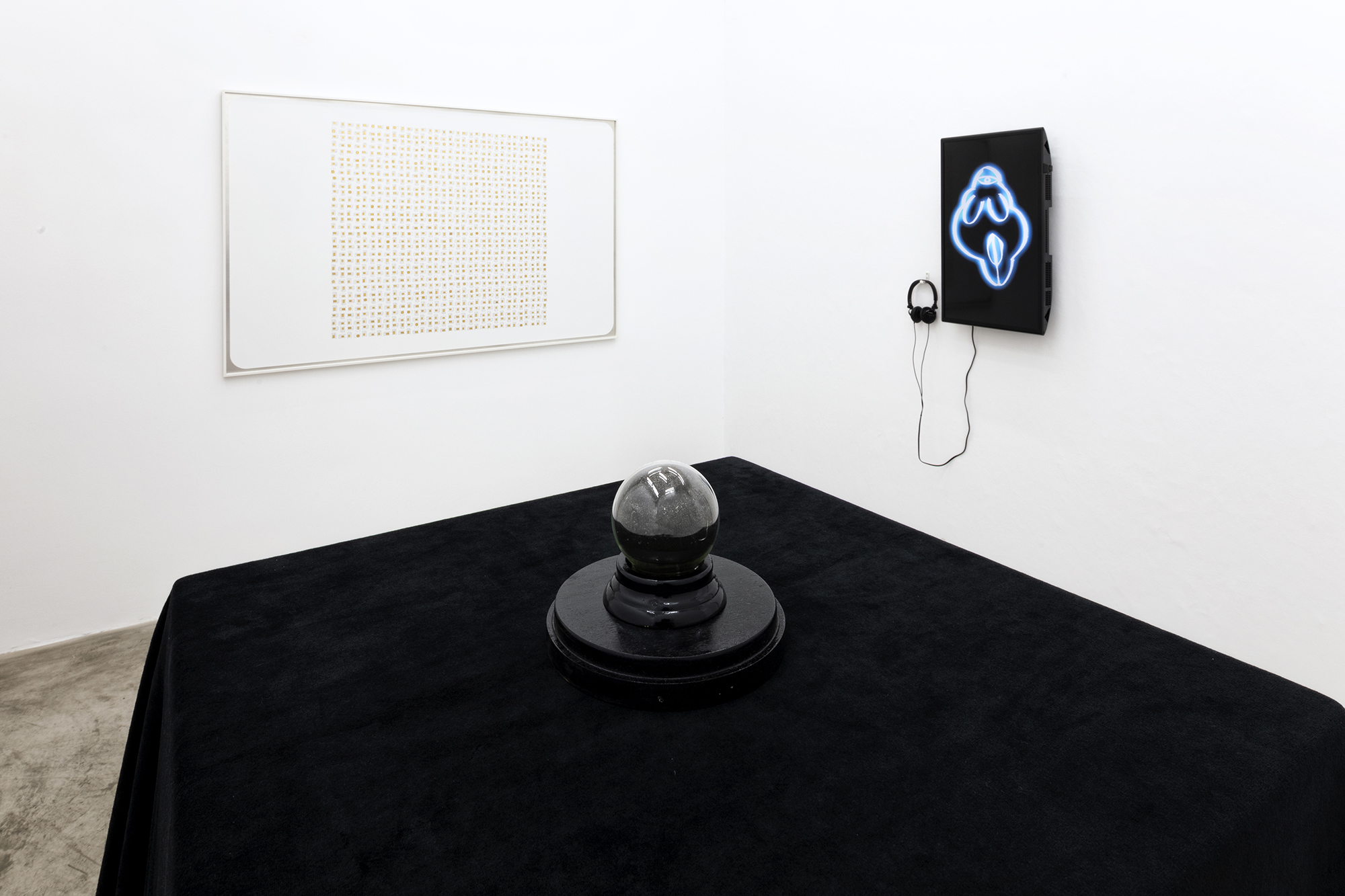 Through humorous, mystical and narrative interventions the artists in ‘Agency’ consider “how we live between vast and dangerous systems that we don’t understand.” Yet they neither advocate for an overthrow of our networked existence nor prophesy our inevitable doom. The group of (predominantly female) artists use an alternative language and set of metaphors to challenge the current “technological priesthood,” that like priesthoods throughout history, have kept knowledge and data secret as a method of control.

Bridle’s curation demonstrates how necessary it is to allow for other ways of thinking about the complex technological issues of our time, so that we do not replicate existing systems of control. This seems particularly pressing given that the current language and metaphors for understanding the mass-alienation and diminished agency of people in our networked world are profoundly and, perhaps purposefully, inadequate.

This article is part of our monthly topic of ‘Alien’. To read more from this topic, click here.