‘Vitrine Rafraîchirée’ is Nairy Baghramian’s third solo show at Galerie Buchholz. The exhibition continues the artist’s questioning of the role of the viewer in institutional critique, the formal languages of modernism and post-minimalism, while referencing her first show at the gallery and her recent retrospective ‘Déformation Professionelle’. As in the exhibitions from which she draws reference, Baghramian returns to the Deleuzo-Guattarian idea of “bodies without organs,” by positioning her alien-like furniture to de-center the human, and mines the potential of her own oeuvre to subvert the meaning of sculpture.

In ‘Vitrine Rafraîchirée’, Baghramian continues her exercise in inversion and self-reference. Earlier and more recent works are each in a state of “becoming,” as they relate to each other and to her broader body of work, which extends over 20 years. On the second floor, she shows older works to demonstrate the influence earlier works have had on those displayed on the first floor. Eule/Owl (2007) is a stool that appears to have surpassed human industrial design, its bespoke, translucent seat is specifically moulded, as if it might meld with the organism for whom it was shaped. As in ‘Déformation Professionelle’, Baghramian has resisted the impulse to historicize herself. The works do not build into a body of work, but deconstruct it, while simultaneously returning to her otherworldly aesthetic. 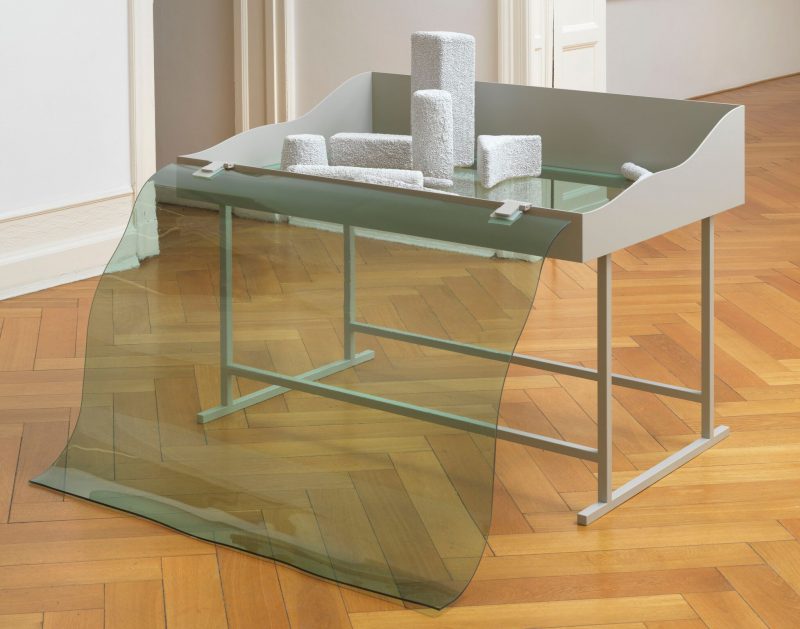 Vitrine Rafraîchirée (2016) exemplifies Baghramian’s practice of self-analysis and articulates the compelling connections between her first and third solo show at the gallery. Vitrine Rafraîchirée and the corresponding work, Formage de Tête (Réchaud D), represent Deleuze and Guattari’s theory of “bodies without organs” and the schizophrenic table, as theorised by Henri Michaux. Both tables recall Michaux’s description of “a dehumanized table, nothing cozy about it, nothing middle-class, nothing rustic, nothing countrified.” While the two works resemble tables, they would be inappropriate in a domestic, and arguably even a human, setting. The vitrine displays objects unknown, and  Formage de Tête (Réchaud D) is a table in a state of transition, its corners bending under the force of gravity. They are both as Michaux has articulated, tables which lend no function; “Self-protective, denying itself to service and communication alike.” And yet they are unmistakably furniture: each “goes about its business,” fulfilling a function that seems to belong to a different world.

There is an extra-terrestrial quality to Baghramian’s works, as if her sculptures have been carefully designed and manufactured for non-human usage. The skeletal Scruff of the Neck (Stopgap) (2016) appears deliberately orthodontic in design; the aluminum rods are affixed to the exhibition wall with the tension of a dental prostheses. Yet Baghramian has produced these works on a scale that is clearly unsuitable for, say, a human mouth. The positioning of the work further defamiliarizes it as a piece of art. Like the vitrine, it “goes about its business,” as a kind of “alien furniture.” 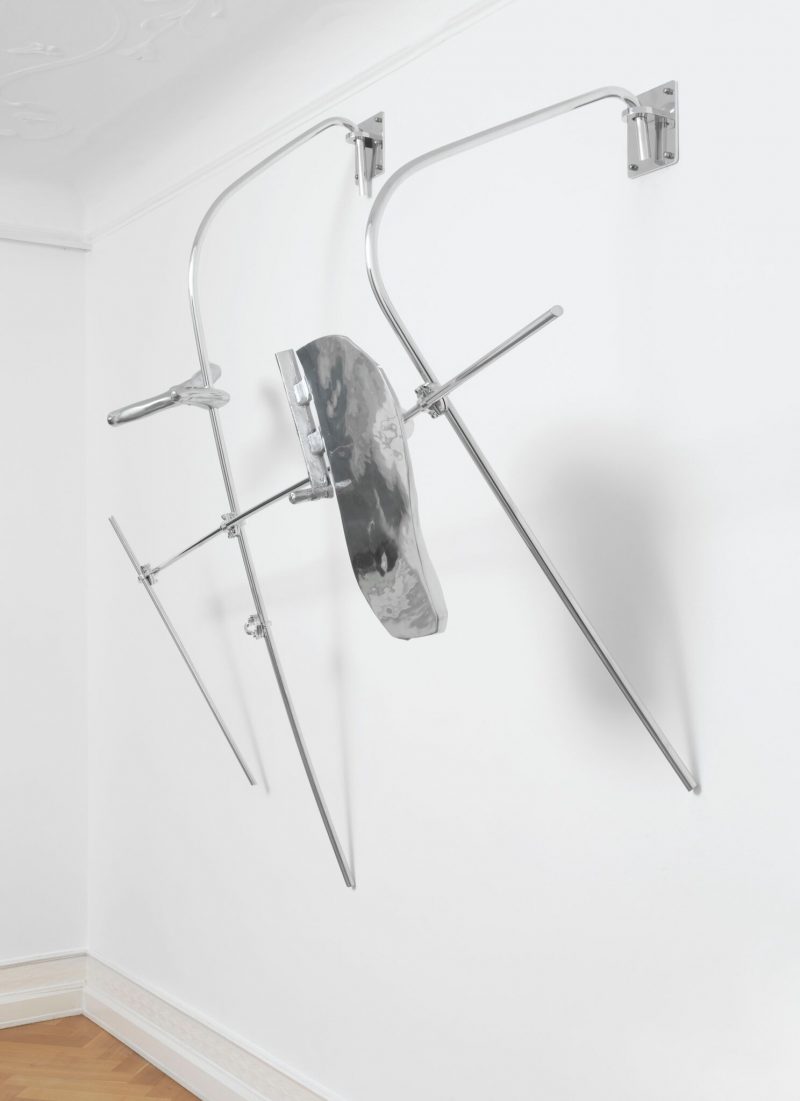 From craning one’s neck to contorting through an opening, Baghramian asks that we continually reassess our relationship to the exhibition space. Big Valve (2016) is positioned, half-blocking a doorway on the first floor, so much so that one must push themselves against the door frame to avoid coming into contact with the work. The visitor’s body is challenged by the work, and we are not taken given a straightforward access, even conceptually, to Baghramian’s oeuvre. Nor are comparisons and connections between contemporary and earlier works grouped for easy digestion. Works like Scruff of the Neck (Stopgap) and the enormous dog treat, Treat (Marrowbone) (2016), imply thoroughly unfamiliar proportions that in turn ask us to reconsider the gallery space as an alien body onto which “valves” and “moorings” are attached. Visitors thus flow through the body, between floors and rooms, inspecting and reinterpreting, dissecting and augmenting her tangible body of work.

Baghramian’s manipulation of scale is de-centering of the viewer and the human. The visitor navigates the gallery space like an unsuspecting crew member in Ridley Scott’s Alien (1979), uncanny equipment and furnishings are at once familiar and disturbingly unknowable. One must negotiate and renegotiate both her oeuvre and the space in which it is displayed. Making one’s way between the two floors allows for a different scale of thinking. With an augmented scale at work, Baghramian facilitates the drawing of incalculable connections from and between the objects. 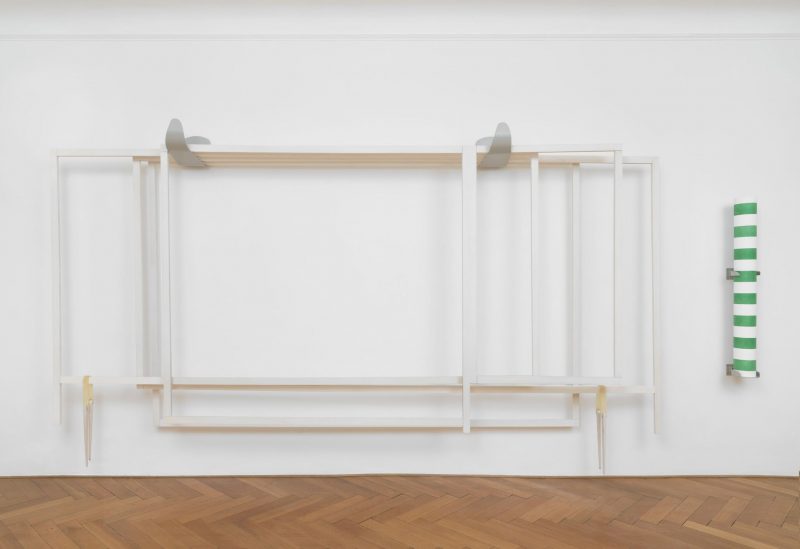 This article is part of our monthly topic of ‘Alien’. To read more from this topic, click here.