The current exhibition ‘So ist das bei uns’ at Neukölln’s Galerie im Körnerpark is photojournalistic in approach, providing viewers access to a foreign world without exoticizing the subjects. Photographer Nihad Nino Pušija’s intention in his project on Roma people is to break the stereotypes that have alienated an entire ethnic group for generations. He does this through a genuine and intimate portrayal of his many subjects, focusing on their creativity and stories, celebrating the innate universal traits that lie within societal bonds and, in effect, debunking xenophobic preconceptions. “I now think differently about Roma people,” reads one of the many visitor notes scribbled in the guestbook placed deliberately by the gallery entrance. 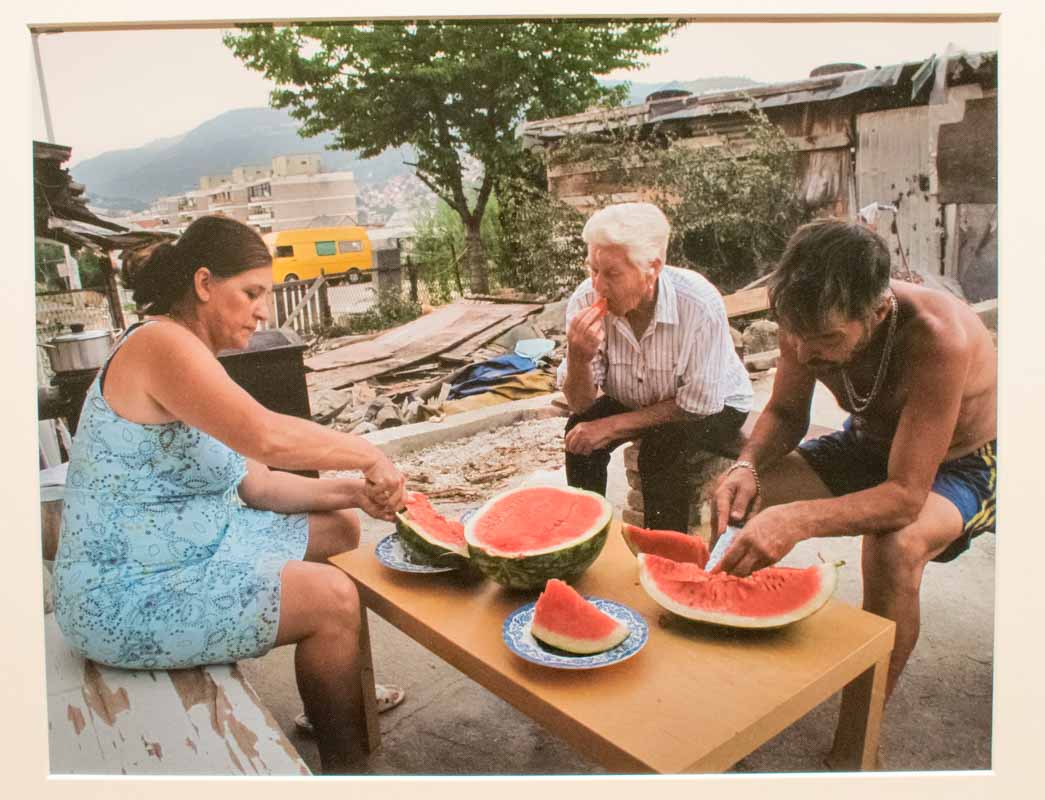 Pušija does not glorify poverty or the inequalities that have alienated the Roma, making them outsiders to society, but focuses on the things that make individuals unique, and therefore relatable to everyone. The 20-year dedication to this project is palpable in Pušija’s photographs. The artist was welcomed into often secluded communities, as attested by his authentically captured photos that celebrate a culture often stigmatized as “refugees” or “migrants”. With photos ranging from a family living in a camp in Rome, Flamenco dancers in Seville and rappers in Essen, he shows a creative side to the subjects who are often defined solely by their ethnicity. He has gone inside homes, photographing children, the elderly and those vulnerable to deportation. But he does not only focus on Western Europe: there are shots in a ‘ghetto’ in Brno, for instance, or the Croatian-Serbian-Hungarian border–often referred to as the Balkan route—exposing the vastly differing lifestyles and cultures the Roma are associated with, and thus breaking wide generalizations that have persisted across borders. 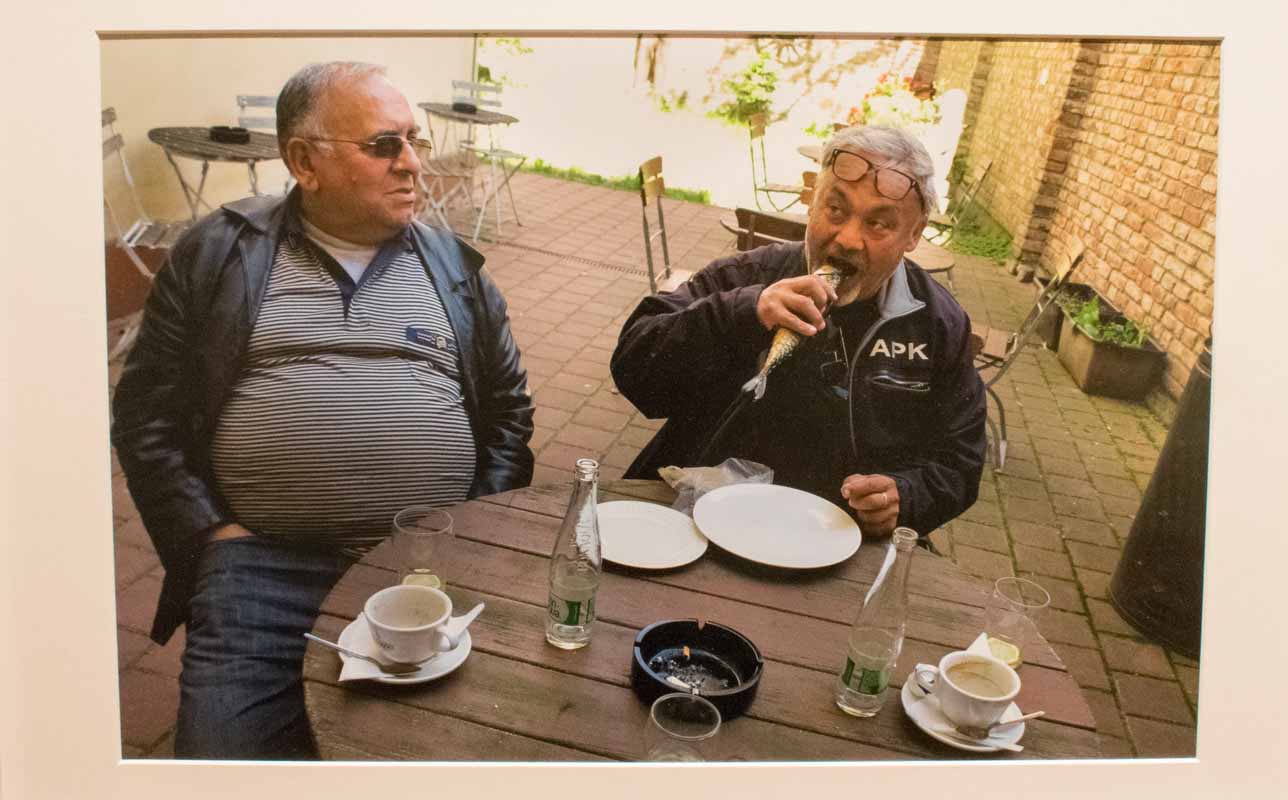 His mission to de-alienate the Roma comes from his full immersion into the culture: small details in the photos, such as a plate or drink most likely prepared for the photographer in homes where he has spent several years documenting, prove small visual testaments to the personal connection he has built with his subjects. Gaining the trust to share meals and enjoy leisure time with his subjects, but also to show sometimes difficult situations such as poverty and desolation, is a crucial element to his methods and the photographic results.

An in-action photograph from his series ‘Gitano’, taken at a Soccer Club in the Sant Roc neighborhood of Barcelona, shows a coach passionately addressing his players. One boy is wearing a Messi jersey and each child’s fixated expression on the coach, acknowledges a universally felt nostalgia toward youth and play in the photo. A man posing with his dog and children, walking to school, is the subject of another photo. 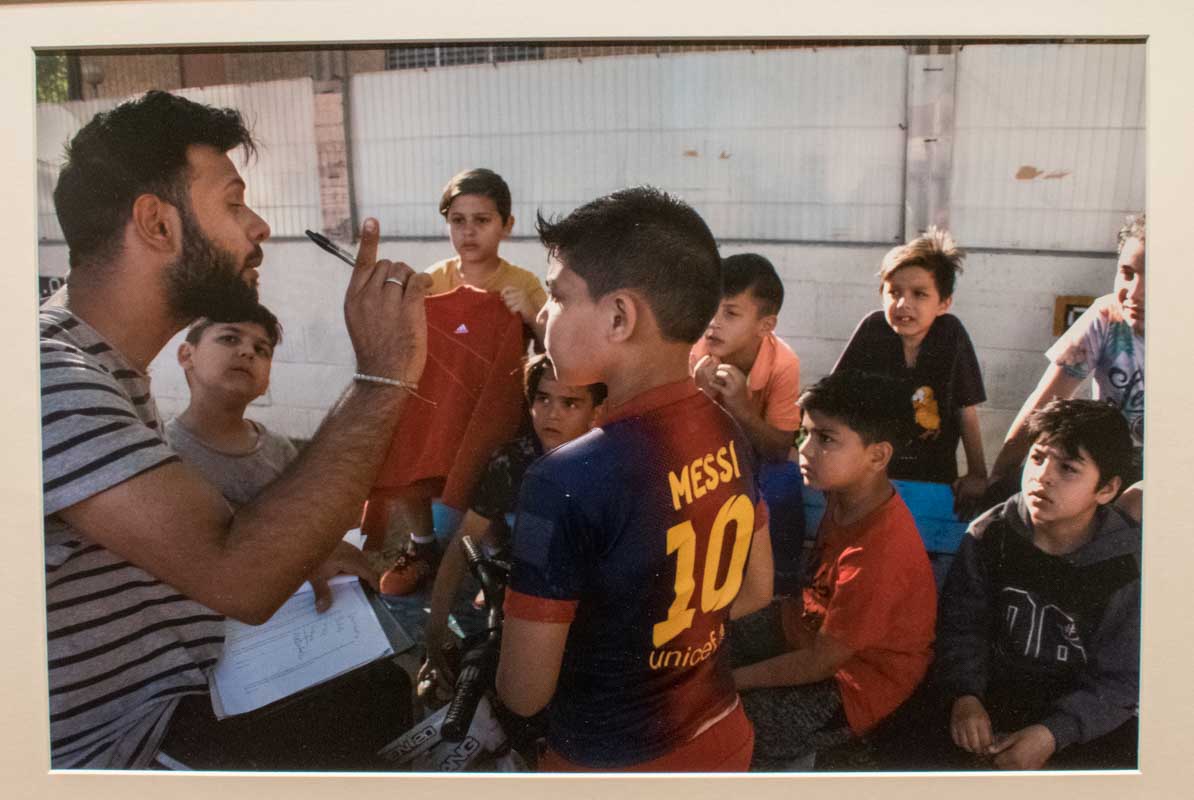 But Pušija does not neglect the discrimination Roma face in the EU, spreading awareness of this long-existing political issue. A portrait from his series ‘Gladiators’ shows men dressed as gladiators in a metaphor for the liberation of oppression and slavery connected to the history of the Roma people. There is also a passport on display from his series ‘Toleration Deluxe,’ which represents the Roma youth threatened with deportation from Germany. Aside from xenophobia and bigotry, deportation and migration struggles are ever present in the daily lives of many Roma. The Roma, who are often referred to by the derogatory term ‘Gypsies,’ remain the most oppressed group in Europe, despite the fact that they are Europe’s largest minority population of about 12 million. 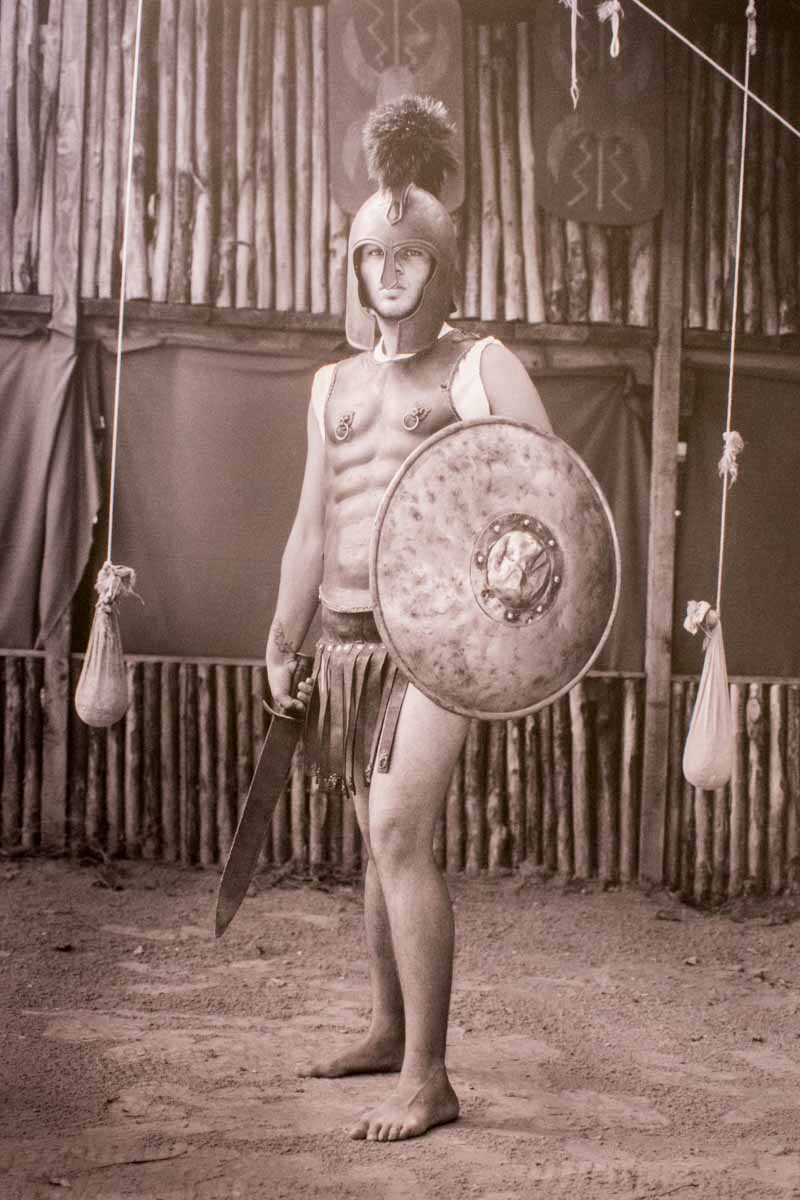 His commitment to this multifaceted culture brings him all around the continent, which effectively shows the wide range of characteristics of Roma groups living in different diasporic communities. In ‘So ist das bei uns’, Pušija is actively breaking the ubiquitous stereotypes attached to a culture that has been historically discriminated against and often made to feel a stranger in their own home.