Jörg Gelbke’s uprooted object (2017) is an object of “strange-seeming monumentality,” conspicuous to pedestrians making their way along Friedrichstraße. The cast iron sculpture—displayed on the gallery floor of the exhibition’s foremost room—resembles the charred remains of a tree trunk. It is, in fact, a casting of a tree root that Gelbke triplicated and welded together.

Part of the stigma associated with the casting process is that the process produces nothing original and the forms created could be easily reproduced, “further eroding the idea of the original.” Yet uprooted object, and each of the works that comprise Gelbke’s solo show ‘lasting embers’ at Daniel Marzona, controvert these assumptions. The timeframes and techniques at work in his process open his sculptures up to, and indeed delight in, happenstance, accident and error, factors diametrically opposed to the conventional notion of casting. 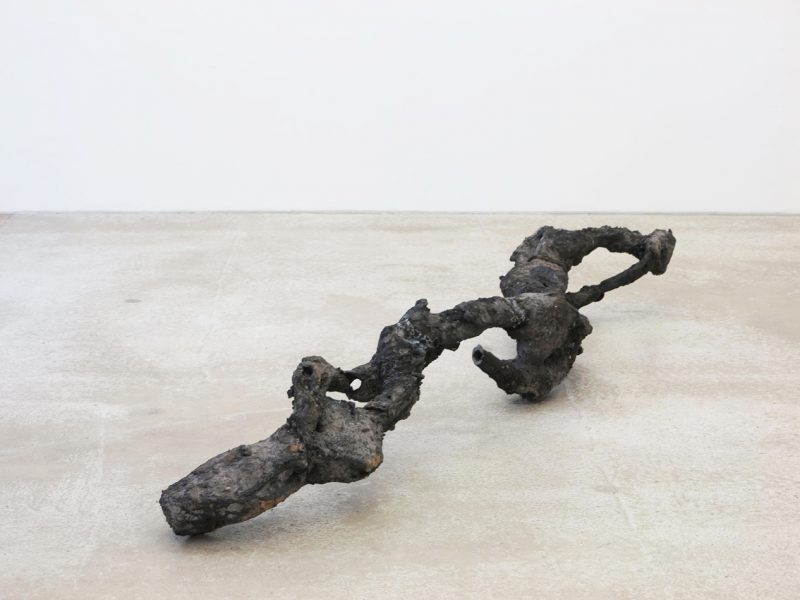 uprooted object (2017) is formed of three discrete castings of a tree root that Gelbke welded to create a contorted tree trunk. The iron was cast by burying three polyurethane foam molds in the earth. Due to the volatility of the process and the extended period of time that the casts remained buried, each of the casts emerged distinctive, despite originating from the same tree root. The result is an altogether new entity, which experiments with the limits of process to draw contradictions from its medium.

Ohne Titel (2014) is also made up of the castings of the same original object; in this case a found iron bar cut to the length of 187cm. Gelbke created a clay, gelatin and bronze cast of the bar, each impression distinct from the next. Having dried in air, the clay impression revealed clear evidence of cracking. The gelatin casting was buried underground for over four months and was thus exposed to partial decay.

The gelatin and clay molds were each then also cast in bronze. They are displayed alongside the bronze casting that “was exposed to extreme heat after it was made, which distorted its shape uncontrollably.” Ultimately, and much like the elements of Ohne Titel (2014), the three pieces appear as discrete objects composed of the same material, having undergone the same process. The effects of time and weather create poetic and unpredictable results. 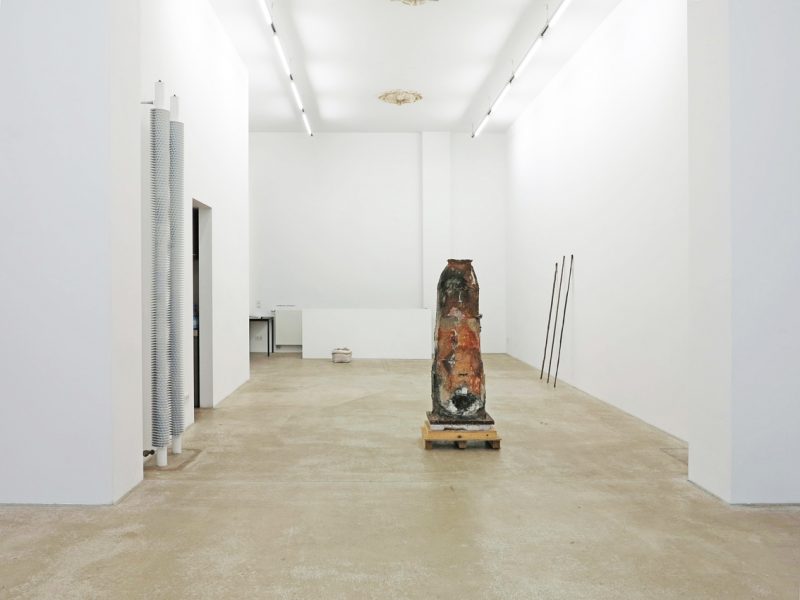 Ohne Titel (2012) is unceremoniously positioned at the centre of the first floor. The interior of a homemade oven is cast in wax after smelting 15kg of copper, creating what the gallery describes as a material-oriented monument to a process. This monument commemorates its structural faults, cracks and distortions and makes the accidents and surprises of the process its focus.

In the corner of the room Sehnsucht ohne Gegenstand (2011) is another quiet monument to an even more specific process, copper extracted from the ore of the stone. The two works reflect a resounding slowness and tenacity, regarded as being in opposition to an “art world whirling ever more rapidly around itself and propagating the absolutely newest trends in an almost weekly rhythm, only to praise tomorrow the grandness of something even newer.” 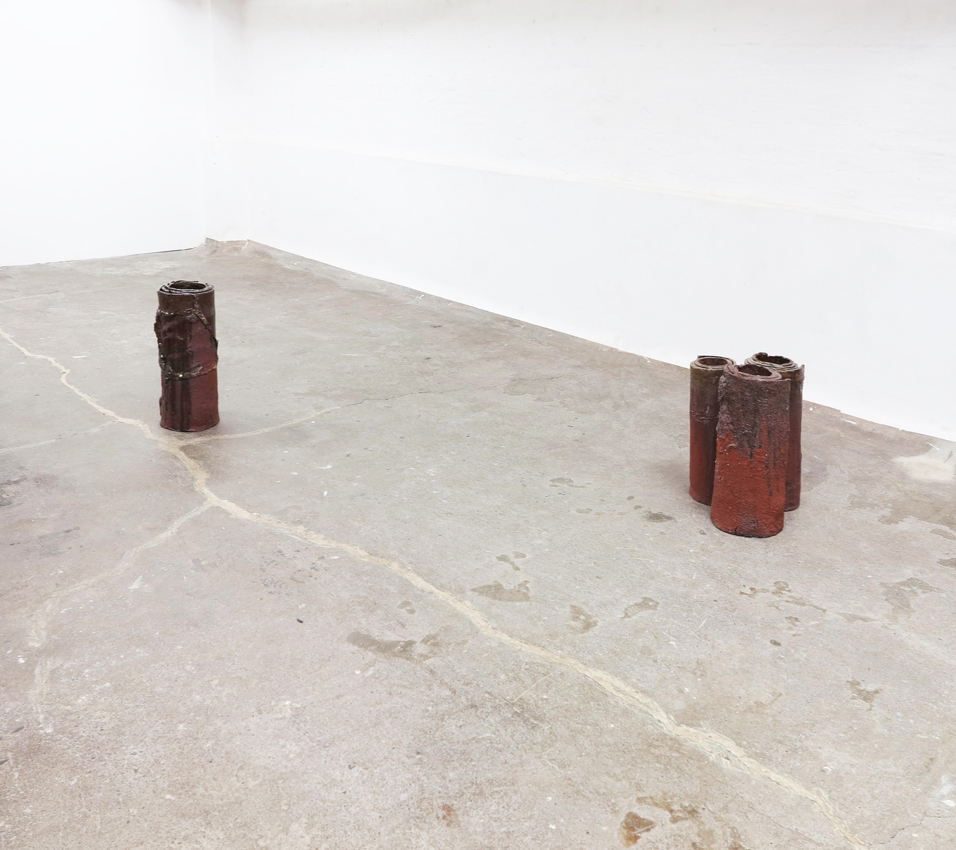 The final work of the exhibition articulates Gelbke’s devotion to the poetics of time and process. Der Himmel über (2016) is perhaps ironically exhibited in the gallery’s only subterranean exhibition space. For each cut of clay the artist developed a unique glaze, sourced from autumn leaves in Nürtingen, Wildenguth, Paris and St. Gallen. The glazes relate to the location where each of the pieces were made, literally and metaphorically fusing the temporal to the permanent and creating another monument to the processual.