The carpet collection of the Museum of Islamic Art has experienced extensive trauma, having been periodically dispersed for safe keeping, damaged by fire and bombing in the Second World War, fissured during the Cold War and reunited during Reunification. Many of its most exquisite items remain lost or irreparably damaged. The reopening of the Pergamonmuseum’s Carpet Halls on October 27th was the result of decades of painstaking preservation and restoration work as well as significant scientific innovation within those fields. The updated permanent exhibition does not, however, signify the conclusion of the aforementioned trauma or a completion of the restoration process. The exhibition engages centuries of complex interchange between the Middle East and Europe as well as the more recent but no less complex history of Berlin, acknowledging the damage and destruction as well as the artifacts of those narratives. 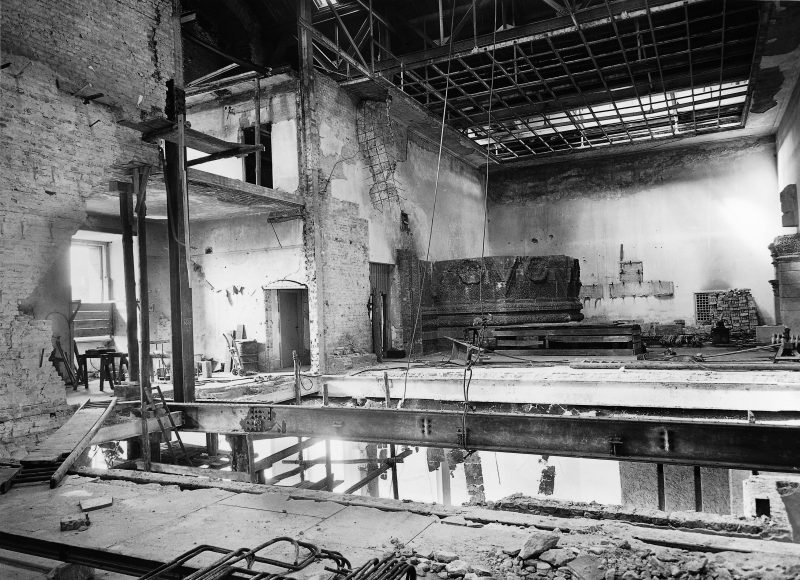 Reconstruction of the Mschatta facade, 1948 (Preparatory work after the hall had been destroyed by a bombing hit on February 3, 1945) // Courtesy Staatliche Museen zu Berlin, Museum für Islamische Kunst.

Since its inception in 1904, the Islamic Department of the Staatische Museum has been at the forefront of inquiry into Islamic Art. Its collection, which was relocated to the Pergamonmuseum in 1932, represented one of the largest and most precious stores of Islamic carpets in the Western world. The stores of the Berlin carpet collection constitute a vital part of European art history, and catalogue centuries of cultural exchange between Europe and the Middle East. The trauma associated with the decimation of the carpet collection during the Second World War, therefore, extends far beyond the museum. 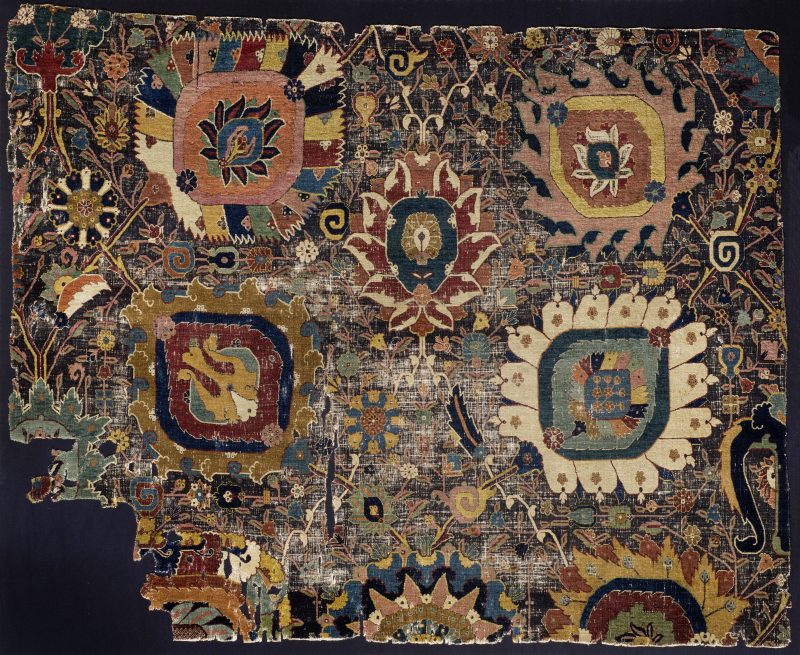 ‘Traum und Trauma’ (Dream and Trauma) invites visitors to experience rare, unusual and fragmentary carpets from the Berlin carpet collection in various stages of damage and repair. The objects are preserved through groundbreaking scientific methods mediated by strict conservationist protocols. They are also preserved, socially and culturally, through their engagement with the audience. Visitors view thematically complementary films, learn knotting techniques, smell olfactory samples that recreate the smell of carpets burnt in the war and watch and listen to artists’ interventions into the collection. Rather than a memorial to the damaged collection, ‘Traum und Trauma’ is an exhibition about trauma and healing as an active process, encompassing new and emerging practices in restoration and conservation, audience participation and artistic intervention.

The walls of ‘Traum und Trauma’ are lined with breathtaking examples of carpets spanning centuries and empires. Many of the rugs on display are presented on the walls with related didactic panels running along the floor below. These panels reveal incredible details about the specific motifs and materials employed within the works and how they relate to the artistic and political history of the object. Rugs within the collection are identified in European paintings, while motifs within the carpets reflect a rich and complex historical dialogue with China.

Not all carpets are displayed fully intact. A 16th century Caucasian dragon carpet extends six meters to the ceiling. The carpet is fragmented owing to significant fire damage, with large areas missing. These absent areas are particularly moving and reflect the curatorial decision to integrate damage into the exhibition and make the trauma visible. The olfactory is also employed in the effort; a scent station accompanies fire fragments of a Persian animal rug from the first half of the 16th century. The exhibit evoked the charred wool, incendiary bombs and chemicals of the wartime period, bringing the history of the object to life. 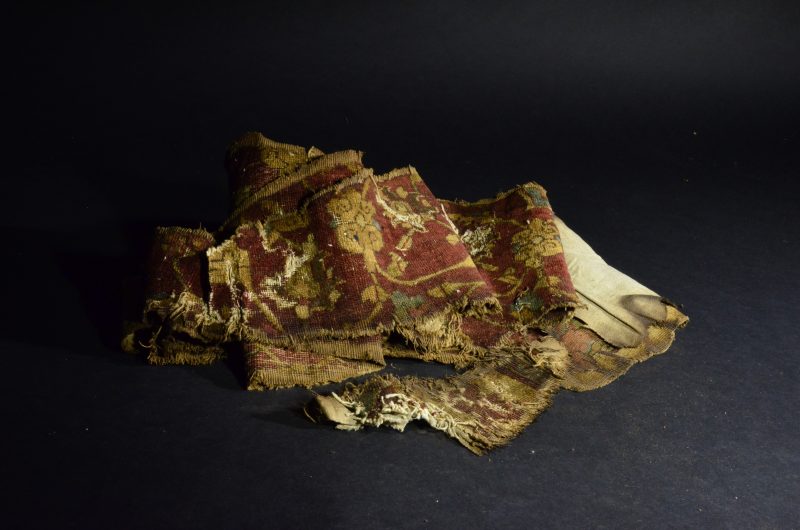 Shadows are cast onto centuries old carpets by Zsanett Szirmay’s cloth banners, enlarged versions of her punch card patterns. The Hungarian artist’s interventions into the collection take the shape of a “wall of sound”, which she created with composer and musician, Daniel Vikukel. In Soundweaving 7 — Pergamon Edition, Szirmay translates designs from the carpet collection into single-line patterns and motifs that are played by small music boxes. By recombining the knots into tonal sequences and melodies she allows for the tones of the carpets to be visualized in news ways, as well as heard.

‘Traum und Trauma’ is not simply the reopening of the carpets hall of the Museum of Islamic Art, it is an invitation to recon with the trauma inflicted on one of the most significant collections of Islamic art in the world. The exhibition incorporates loss and destruction into the history of the collection. Rather than memorializing destroyed artefacts, the interactive displays and artistic interventions encourage visitors to meaningfully engage with the collection, damaged as it is, and reckon with its complex history.