“In case there would be a drastic political change in your country you will need special advice and gear to survive,” reads Nina E. Schönefeld’s website. “Get prepared.” If the psychic pain of climate change or an overwhelming sense of your own political ineffectiveness has led you to a so-called “prepper” website, you will notice that our post-apolcalytic future is very male. In Dark Waters (2018) and Snow Fox (2018), now showing at the IBB Video Space at Berlinische Galerie, Schönefeld imagines a future in which young female protagonists fly helicopters and fight for the “last piece of true nature.” We spoke to Schönefeld about making video art at a time when global events develop like science fiction. 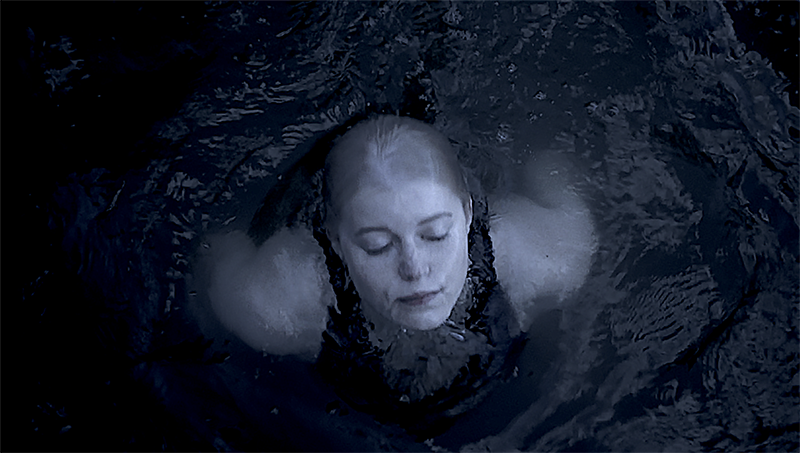 Over the course of a year, Berlinische Galerie presents 12 artists who have drawn attention to themselves with innovative use of film and video media. Their latest installation engages with the experience of hopelessness and the connected desire for greater agency in one’s political, social and environmental future, under the current spectre of global political and climatic insecurity. “I’m half Polish,” says Schönefeld, “people are not aware that next to Germany there is something developing that is not good for democracy…[the government] tried to do everything to turn Poland into an autocracy.” Since taking power in 2015, the Law and Justice party (PiS), has dismantled democratic institutions that have been in place since the collapse of communism and systematically eroded citizens’ rights in order to consolidate its power. “This is unfolding in the US but also in Europe with the AfD and the political situations in France and Hungary. I think everyone should be aware of the shift that could happen, everyone has to fight.” 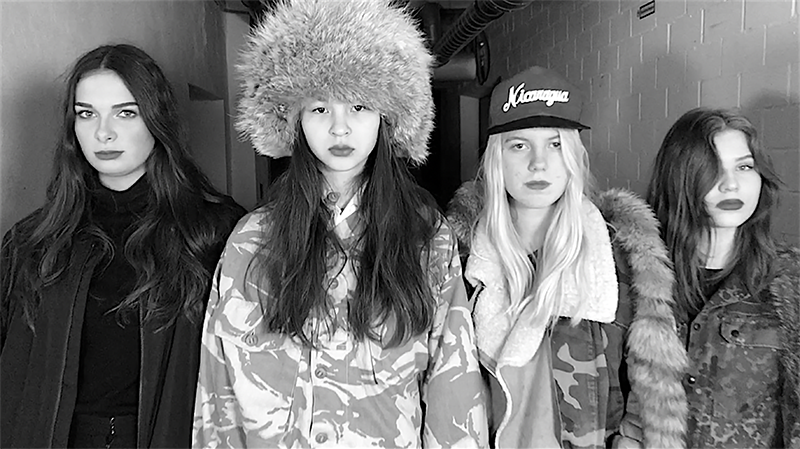 Young female protagonists do the fighting in Schönefeld’s films. In Dark Waters, Silver Ocean is a helicopter pilot assigned by a western government “to hide the jellyfish disaster.” In Snow Fox the eponymous heroine works for the company ‘Black Cloud’, which secretly manipulates the weather. Snow Fox and Silver Ocean step in to the tradition of heroes (and less often heroines) uncovering international conspiracies, the allure of which is obvious during periods of collective uncertainty. In the two films, the protagonists are able to take back control from malevolent forces. In doing so, Schönefeld, too, is able to enact her own fantasies. In science fiction and in life, she notes, “women have always been bound by the rules of society. For me, it’s kind of my way of flying helicopters. I’m also fascinated by heroines like Amelia Earhart.” Earhart’s often simple (and occasionally cheesy) affirmations that “women do everything that men can do” have an easy appeal for Schönefeld. Earhart is a reminder that it is possible to change things, and Schönefeld’s characters are modelled on the pilot and other women acting against their culturally defined roles.

Another striking feature of her heroines are their ages. She says, “I like to work with young actors.” In fact, they are not trained performers and do not have speaking roles. “I add artificial voices, so I create the voices afterwards,” explains Schönefeld. Working with sound designer Carlos Pablo Villamizar, she is able to create artificial voices and play with the script in post-production. Absent of dialogue, her heroines command a haunting presence onscreen. She took inspiration from the Russian fashion designer, Gosha Rubchinskiy, and his work with Slavic youth: “how the models walk when they come out…it’s kind of dystopian, but he also gave a lot of those models new hope.” Schönefeld’s characters aesthetically evoke Rubchinskiy’s own sociological portraits of Russian youth: “That’s what artists have always done,” she explains, “taken pop culture and integrated a kind of intellectual world.” 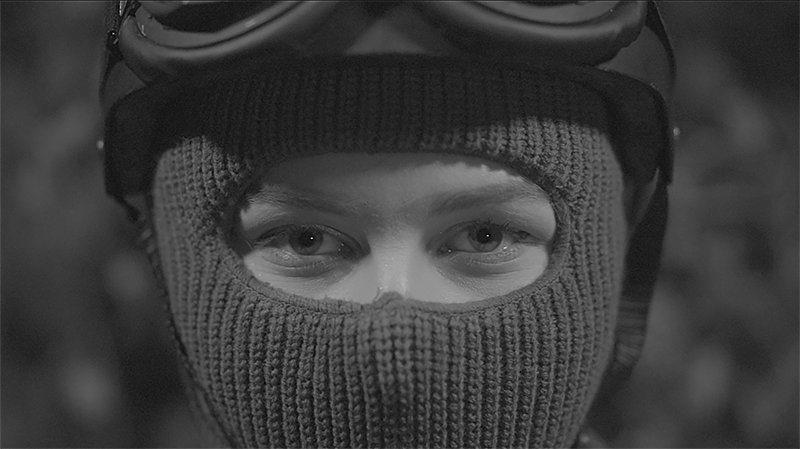 Schönefeld pulls references from her immediate surroundings as well as the past to build her rich dystopian worlds. For the “dark cloud” that employs Snow Fox, Schönefeld–who wrote her PhD on the end of painting–wanted to conjure “an ominous black cloud hanging over an ocean…but obviously it’s always a reference to our world now, to the digital world.” For the setting in Dark Waters, she enlisted the help of a Japanese friend who translated “secret island” to “Kureishima.” The jellyfish disaster in Dark Waters references Japan’s own very real “jellyfish problem,” where blooms of Nemopilema nomurai jellyfish devastated fisheries and capsized fishing vessels. Schönefeld’s personal reference for beginning to research the global jellyfish bloom began in her husband’s native Ibiza. She says “this year they had to close down beaches because Portuguese man o’ war (a species that had previously never come to the Mediterranean) descended on the island. 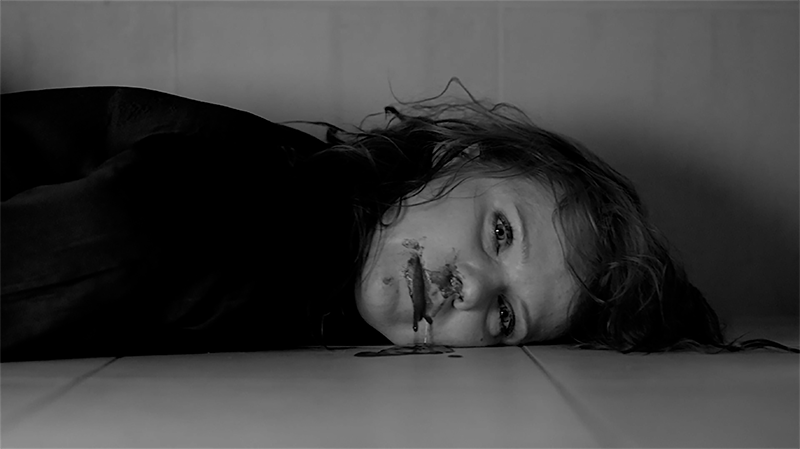 As poisonous sea-creatures grow to impossible sizes and shut down nuclear power plants against a backdrop of growing international political instability, our world increasingly resembles a science fiction disaster film. It was not until Otto Grokenberger, a producer on Jim Jarmusch’s films, paid her studio a visit that it occurred to Schönefeld to tell “the stories of all those prepper characters and political characters” through video rather than painting or collage. She speculates that the potential of video and storytelling to effectively communicate our times is the reason for many artists turning to the medium. Science fiction, too, feels like the most appropriate genre for this political moment.