When we are deprived of the right to conceive of ourselves as the authors of our own narrative we lose the ability to determine our lives and destiny. We become alienated and thus dehumanized. Yet no matter how out of this world, scary, monstrous, or otherwise alien they may be, figures of so-called “Otherness” hold great potential for subverting the dominant cultural narrative. ‘Extra+Terrestrial’, an exhibition curated by the sex-positive, trans-disciplinary collective Coven Berlin, attempts to reimagine alienation by reclaiming the figure of the Other. Yet, it’s far from unknown, strange or unfamiliar when the otherworldly subject is transformed into another art world commodity. 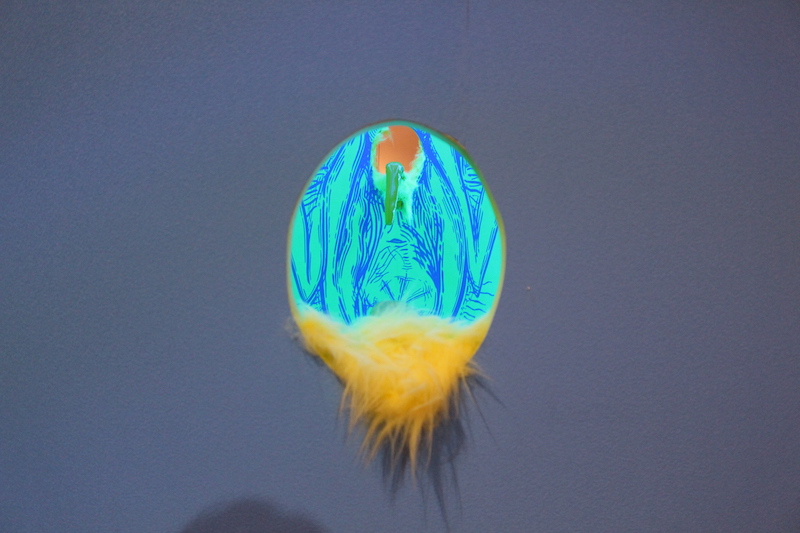 In the middle of ‘Extra+Terrestrial’, there is a large installation by the Swedish porn producer and actor Åssie Enoch, a.k.a. Lo-Fi Cherry. The work, titled Analogue Act, features a video of two people role-playing doctor and patient. They take turns examining each other on a hospital bed, exposing their skin to a stethoscope and probing one another’s mouth with a tongue depressor. By confusing the set of social codes that allow the doctor and the patient to communicate, the video reveals how our respective roles—alien and earthbound—are constructed through a stylized repetition of acts; an imitation or miming of the dominant conventions. In a sense, this versatility of roles illustrates the same process by which the artist has become a wage earner. 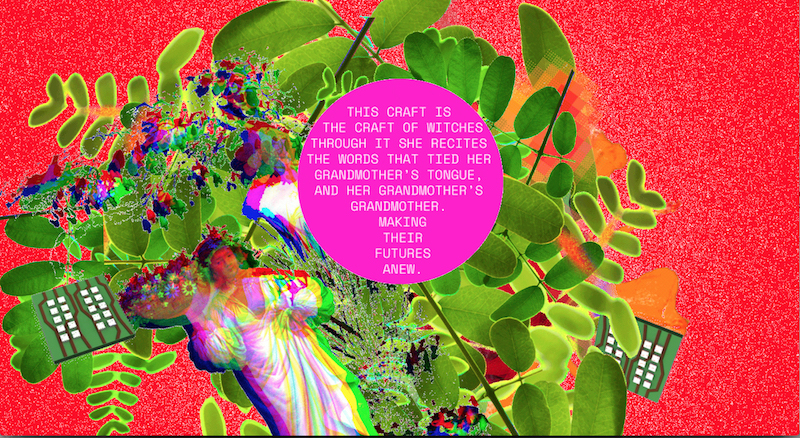 Luiza Prado: ‘All Directions at Once’ // Photo by Chris Paxton, courtesy of Coven Berlin

Luiza Prado’s work in the exhibition stems from her research into the intersection between art and science. Appropriating the aesthetics of excess, Prado’s GIF essay All Directions at Once examines the boundaries of what is expected within conventional western medicine. But despite the graphics file’s ease of mobility—allowing it to move freely across a multitude of digital platforms—it remains a fettered prisoner of the exhibition. It is worth noting that you will not find All Directions at Once featured in a peer-reviewed scientific journal. Just as you will not find Lo-Fi Cherry’s work while scrolling through online porn. These works rely entirely on the framing of the museum to confer their value. And, although they attempt to operate outside of their artistic origin, they run the risk of illegibility without the work of the curator.

The only work in the exhibition that seems truly out of this world is Hunted, a collaborative project between the Houston-born, Berlin-based musician Lotic and Matt Lambert, a filmmaker, photographer and creative director. The lyrics repeat: “Brown skin, masculine frame, head’s a target. Acting real feminine, make ‘em vomit.” Inverting the role suggested by the title, Lotic becomes the hunter, stalking their prey in a series of violent ructions that take place amongst waves crashing on a dark beach at night. It is a real music video. Lotic is not an artist-turned-musician and among Lambert’s collaborations with other musicians like Mykki Blanco, his portfolio includes creative projects with 032c, The British Fashion Council, DAZED, Vice, Gucci, Rick Owens, and a long list of other media and fashion giants.

Their immersion in popular media channels of distribution and reproduction engenders a sense of malleability that allows the work to function critically in contexts both alien and native. Now more than ever we are encouraged to produce an enormous output, which the “consumer” moreover supports and encourages. Through this close connection with the principals of supply and demand, the artists in ‘Extra+Terrestrial’ present various commodities, several of which are commonplace products. Although the artists’ martian status connotes being in a foreign context, the notion that an artist-run business may itself constitute a work of art hardly feels alien. Not surprisingly, the history of this project is a series of relatively unsuccessful attempts and trajectories that trail off. 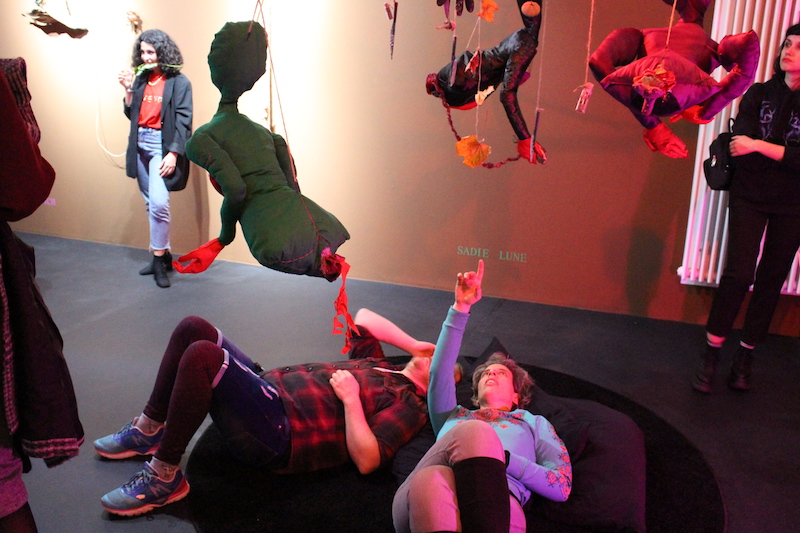 It has long been argued that monetary influence ruins art. While artists in the past sought to overcome the impact of the market by alienating themselves from it, the artists in ‘Extra+Terrestrial’ have proliferated, making appearances in a diverse set of fields and markets. Ironically, as the objet d’art is diminished to an everyday object, it allows the gallery to extend its reach beyond its previous exhibition territory. In this way, the exhibition’s desire to reclaim figures of Otherness has allowed the institution to possess them, rendering the Other increasingly vulnerable.