It’s early evening on a rainy Saturday in December. In the studio space of HAU2, four women are sitting in a semi-circle, arranging their notes, checking audio and video connections for their upcoming panel discussion about feminism and activism in Central and Eastern European cities as part of the feminist music festival Heroines of Sound.

Nina Dragičević, who authored a book titled Famous Unknowns: Female Sound Artists in Construction of Society (ŠKUC, 2016), begins the discussion by unpacking the systematic erasure of women as composers of music. One side of the issue, certainly, lies in the way the role of women in music has been downgraded or even forgotten in so-called “comprehensive” histories of former Yugoslavian countries. 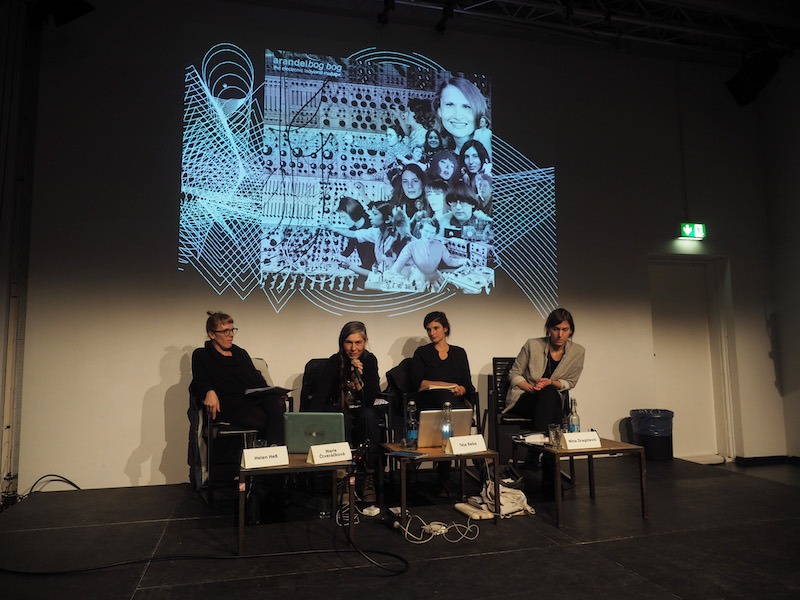 And it is also necessary to effectively support the communities of activists and artists who aim for inclusivity and diversity in music. In the discussion, moderated by Helen Heß, Slovenian curator Teja Reba introduces the international festival and platform City of Women. As an established platform in Slovenia, the festival exerts change in the art and music scenes of former Yugoslavian countries. It is not outwardly feminist, but rather seeks to gradually re-orient mentalities through exposure and normalisation.

So what can be done to help strengthen communities and give younger generations the opportunity to see that music and performance can be diverse and accessible universes? Empowerment, according to Marie Čtveráčková aka Mary C, is a matter of perseverance and humility. We met with the educator, DJ and activist to discuss her work in the Czech Republic, particularly the recently-established Synth Library in Prague.

Diane Barbé: How would you describe your work at the Synth Library in Prague?

Mary C: Last year, I was approached by a friend, Alissa DeRubeis. She’s the co-founder of a synth library at a nonprofit art space in Portland, OR, and she’s a musician and educator. We were introduced by mutual friends at BASTL instruments [Czech modular synth makers] who noticed we had the same agenda: we both wanted to empower women in music! I’ve always been interested in showing that there is diversity in music. Somehow, it seems that there are no women in electronic music: it’s the way it’s presented in outside media, and it keeps being represented that way, even though we know that not to be true.

At the time I met Alissa, I was already involved in Kreaton, a music education platform that aims to destroy some of the myths about electronic music and to fill in the gaps in music education. There’s no real program focused on electronic music in any basic school in Czech Republic, and only a few university programs. So within BASTL instruments the group Pink Noise formed, led by Nikol Strobachova, and eventually we founded SVUK together as a community space. It means ‘Sound’ in Czech. We started taking steps toward creating this library: an open, accessible space that can be used to practice, to learn about synthesis, to play around with the synthesisers. It’s meant for people of all backgrounds: we want to include those who don’t necessarily want to make music professionally. So in May 2018, we officially opened and we started running some courses, as well as public lectures.

Of course, there’s not just a lack of women in the participants and listeners: there is one among the educators. We need more diversity on panels and on stages. I wanted to invite more women, more people of color. With Kreaton, we had worked with kids from Roma communities and it made me realise how important it was to empower women, in order to empower children. We started a special program called Trigger System, which held lectures, performances, technology and design classes, and discussions on our identity and position in the scene for seven Sundays, with around thirty women. We had three public discussions: one with the voices of the queer community, one with the voices of the Roma community, and one about motherhood, career and compromise.

It was crucial that we offer these topics to the public: I see empowerment as a two-part process, first in hiding together to enhance our creative processes, and then talking in public, sharing our voice with the broader public. We need women presented, presenting, visible, audible. 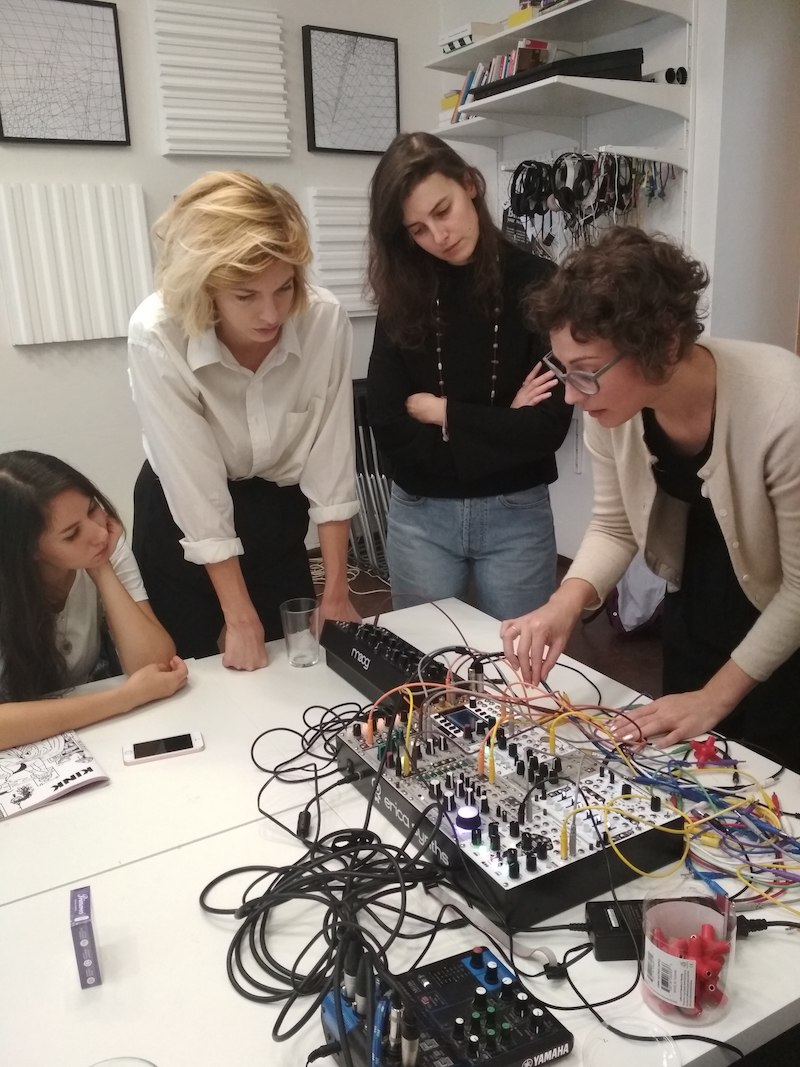 DB: How do you assess the current situation of the arts and music scene in Czech Republic? What do you think about all-female lineups and festivals such as Heroines of Sound?

MC: From my experience, it’s just necessary. Still. We are far from being done. Those who say that positive discrimination, like an all-women festivals, is not good for us, have obviously been through the reflection and have had the discussion a hundred times. But when you take this debate and throw it into a smaller scene, it’s a completely different environment. So what counts is the political statement and the act of empowerment. If someone questions why it’s still important to have all-female curations, I ask them: why aren’t people questioning all-male panels? Gudrun Gut [founder of Monika enterprise, a Berlin-based experimental music label] was asked why she didn’t have any male artists on her label. What could she answer? Simply that there were a hundred music labels out there who weren’t being questioned why they didn’t have women musicians on their labels.

Somehow, when women gather, they seem more dangerous. Therefore, it is really important that women gather and collaborate, because it’s still not very normal or casual. There are a lot of stereotypes to break down. And yet we have to be cautious, of course. For instance, my imagination of what can be good for the world might actually not be that great for everyone. We have to keep listening and learning. The Synth Library joined the initiative of the Feminist Art Institution and in the code of conduct it says that the institution has to be critical of itself at all times. 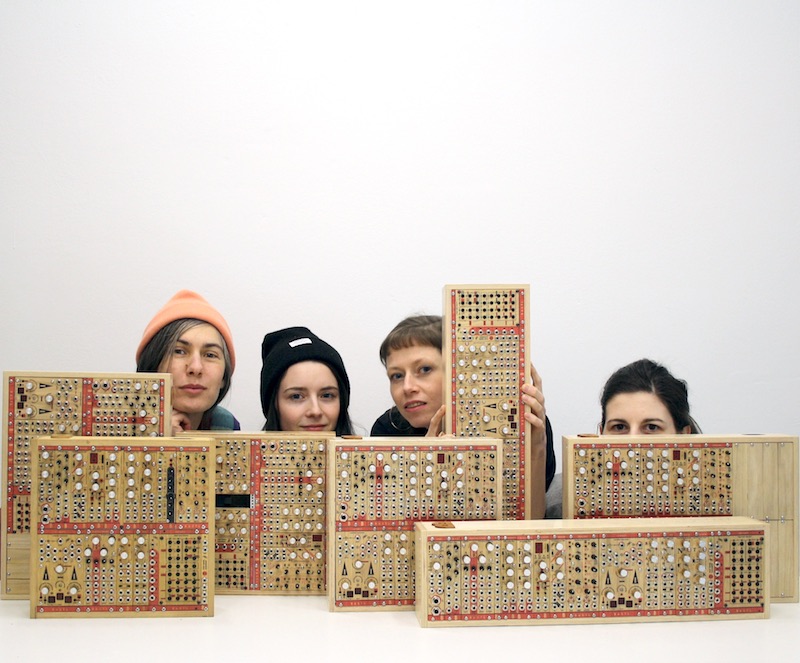 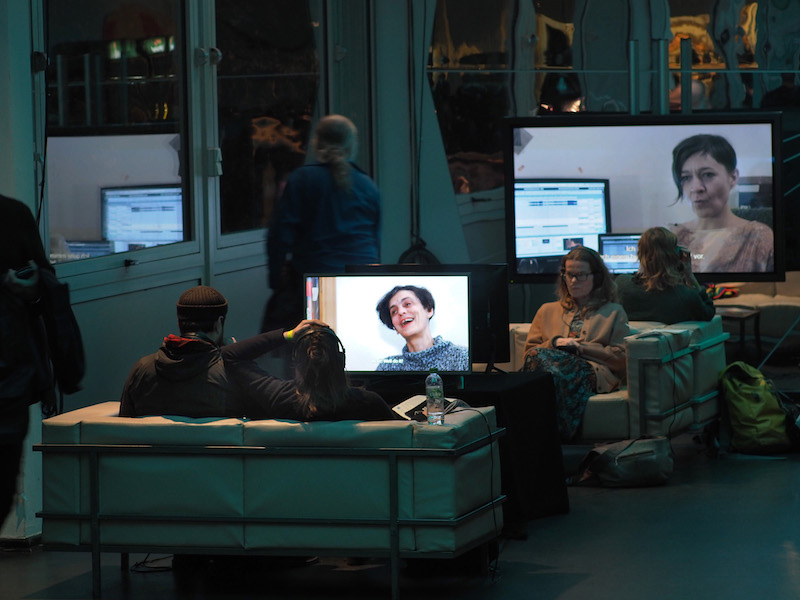 DB: You’ve been working in bigger cities, obviously because as a nonprofit you need a certain amount of people to register and attend and fuel the discussion. But how do you feel about this disconnection between the bigger cities where you have instrument makers, groups, infrastructures, etc. and the smaller cities and rural areas where it can be hard to find anything at all?

MC: That was an attempt of Kreaton: we worked with different disadvantaged communities in semi-rural areas, for instance in the Orlova mining region in the South East of Czech Republic and in Silesia. The problem, of course, is not just one of gender: it’s also a class separation. This program is on hold right now because we need to find the right lecturers: sensitive, pedagogical educators who are not only willing to go there but who can also handle it. We try to visit more regions and smaller cities, but it’s exhausting work. So I’m looking for the right educators to be able to work in these communities.

Next year will be a year where we will focus on schools much more, dedicating a special program of the library toward kids. We can’t just throw big synths at them! We need to work with tools that they know and have access to. Usually, that means smartphones and tablets, even though that can be exclusive as well. Kids are completely used to touchscreens, they’re part of their bodies. And we want to show them that it’s not complicated to start and it can be really fun. It’s also about telling the adults, too. They can have preconceptions about electronic music: it’s just stop and play, machine music, inhumane. We have to be careful about how it’s presented to the parents, really, because they might just dismiss us.

Overall, these workshops, much like the Synth Library, are just a way of starting. But it has to start in a more democratic way.