Every photographic act registers a centre: the photographing body (the camera and the photographer) places itself at a centre, from which it captures the black hole of the infinite “here and now”. I have been following the development and recent final exhibition of Patricia Morosan’s project (I) Remember Europe. In a laborious process, she has travelled to 7 European towns that have been considered, at one point or another in history, as situated at the “centre” of Europe. She documented the places, their inhabitants, but also the historical and emotional aspects involved in their relationship to the centre and periphery. 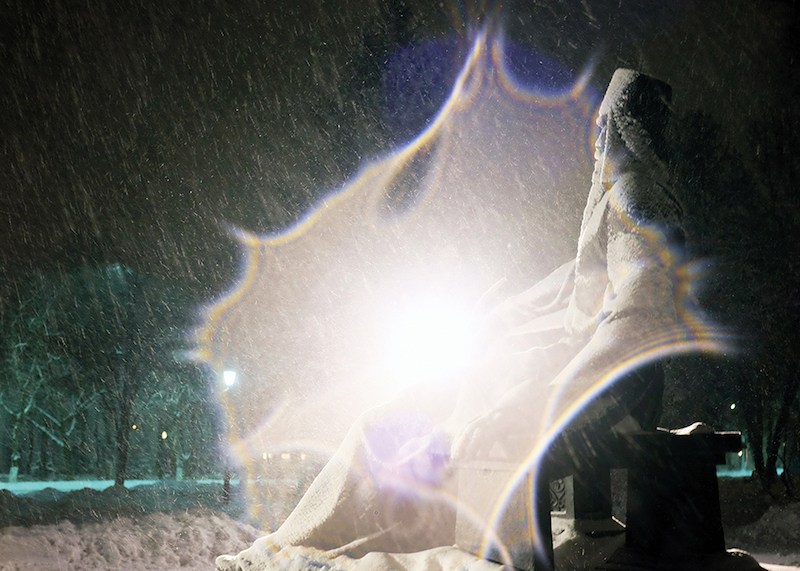 Her project is a quest for the invisible centre but also for what stays alien to it. She refers to a geographical centre in the shifting sands of Europe and, at the same time, to an interior centre, and all that remains outside, belonging to an unattainable “other”. As the borders of Europe have changed, its centre has been constantly displaced, measuring the perpetual movement of Europe’s policy of inclusion-exclusion, where some always remain outside: strangers. Patricia Morosan’s travel around former centres of Europe seems to be a story of the shifting construct of the concept of “Europe”. Every modification of the frontier dislocates the centre, while cities and towns occupying these strategic points fall into desolation, becoming “alien” to Europe again. The European identity remains without any concrete basis: the geographic indicators shift, the idea of the centre enters into local folklore and the monuments indicating it corrode.

We spoke about Morosan’s understanding of the notion of the centre and the exclusion from it, in relation to a past and present European reality. 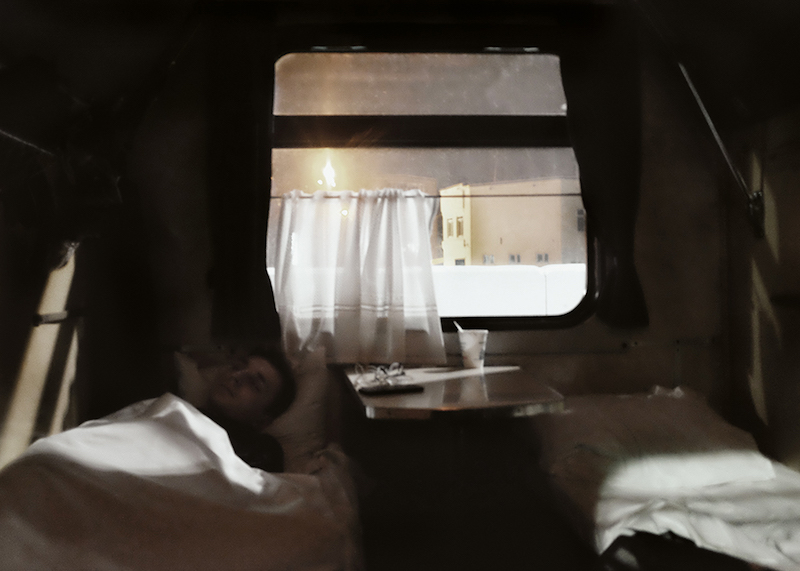 Marta Jecu: Please tell us how the idea of this project came about and give us an insight into your discoveries. Why are you fascinated by ‘the centre’?

For the project (I) Remember Europe, I related to the geographical centres in terms of psychogeography. This means that I was interested in reflecting on the subject in an emotional way. My project became both a documentary and a subjective investigation, based on the emotional ties between human beings and their physical environment. I was amazed to find that people from seven different countries related to loneliness, disorientation and alienation in a very similar way.

The project brings several elements together, which are then gathered in a photo book. The series is mixing my photographs with the contact sheets (sent to me by seven different protagonists inhabiting these places). I had given them disposable cameras when I had visited these places and asked them if they wanted to “write” me visual letters. Additionally, the photo book includes poetic travelogues and photographs of the monuments built in each village, to mark the respective centres of Europe.

Besides geography, my main fascination lies in the idea of the centre, of belonging and being excluded. This gives to my project an existential dimension, besides its political meaning. It points to the current times, but also tries to transcend them. 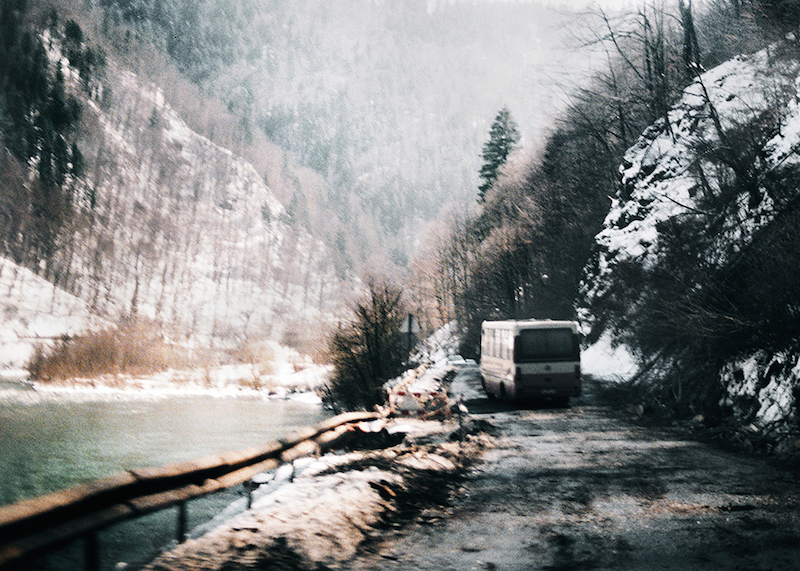 MJ: The idea of the centre of Europe is a common attribute for very different histories and geographical realities. What connects these places and what separates them on the level of imaginary and on the level of cultural policy?

PM: The paradox of seven geographical centres fascinated me from the very beginning, because it underlines the existence of simultaneous and parallel realities in Europe. The reality of a country such as Lithuania, which is defining the meaning of “Europe” by its belonging to the European Union, is very different than the reality of its neighbouring country, Belarus, which defines what “Europe” means through its distinction from Russia.

There are different histories, geographical, as well as political. Nevertheless, these places are linked to each other not only by the fact that they share a European identity, but also by the fact that there are common fundamental human experiences that traverse our existence. Emotions like loneliness and disorientation are universal, although the realities causing them might be different.

The sequence of photographs that I included in the book follows this idea very closely. The images from my journeys are combined through a logic of emotional association, and not by chronological or geographical orders: after an image from Germany, an image from Belarus might follow. In this sense, (I) Remember Europe traces an emotional map of these places and shows an intimate and subjective representation of belonging in the context of the European construct, thus focusing not as much on cultural differences, but rather on a collective European imaginary. 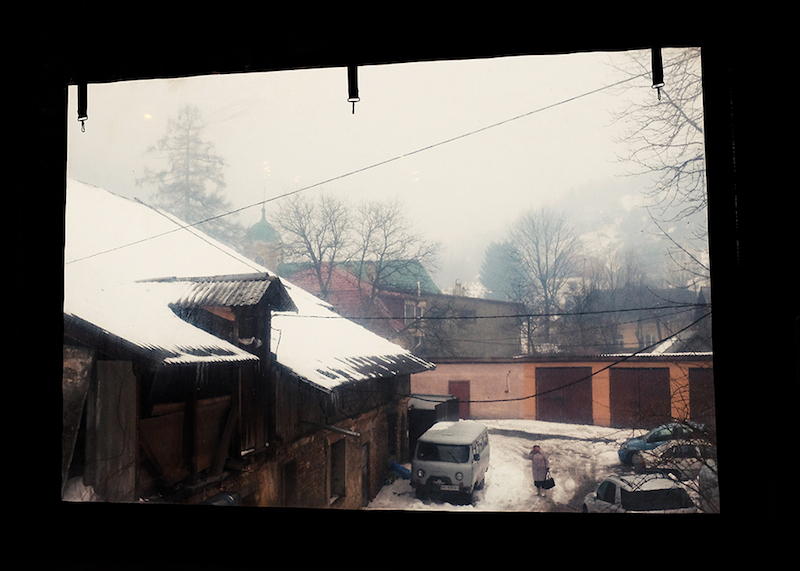 MJ: Coming from Eastern Europe yourself, how was your representation of Europe challenged by the insights that this project brought?

PM: The journey to the centres of Europe was also my journey from the “West” (as I am living in Berlin now) toward the “East”, which brought, on a personal level, encounters with memories from my childhood.

While travelling in Eastern Europe, I recognised atmospheres or situations that were common constructions in all of Eastern Europe in the period of the Cold War: a sort of common ground of experience and memory and representations of Europe that are still haunting us now. But, for me, the “East” and the “West” are merely fictions, historical constructions that have been created on the thin border between reality and fiction. This aspect of documenting the reality and the creation of a fiction is an important element in my project (I) Remember Europe. 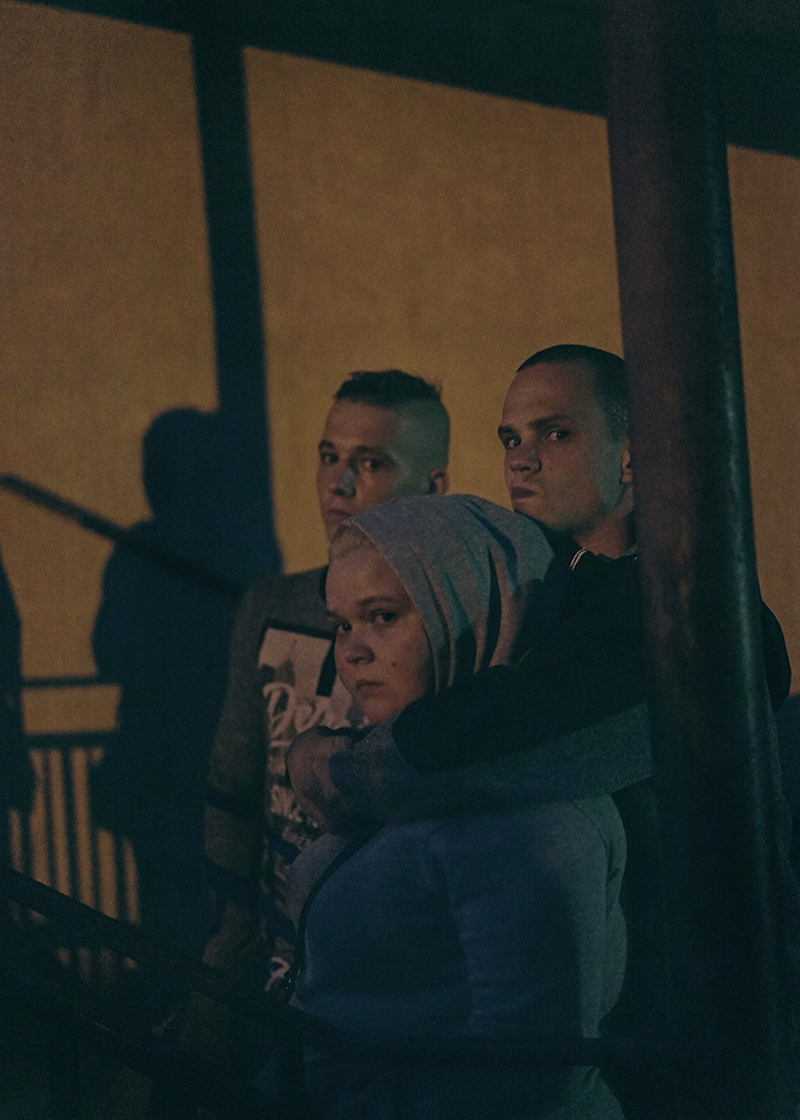 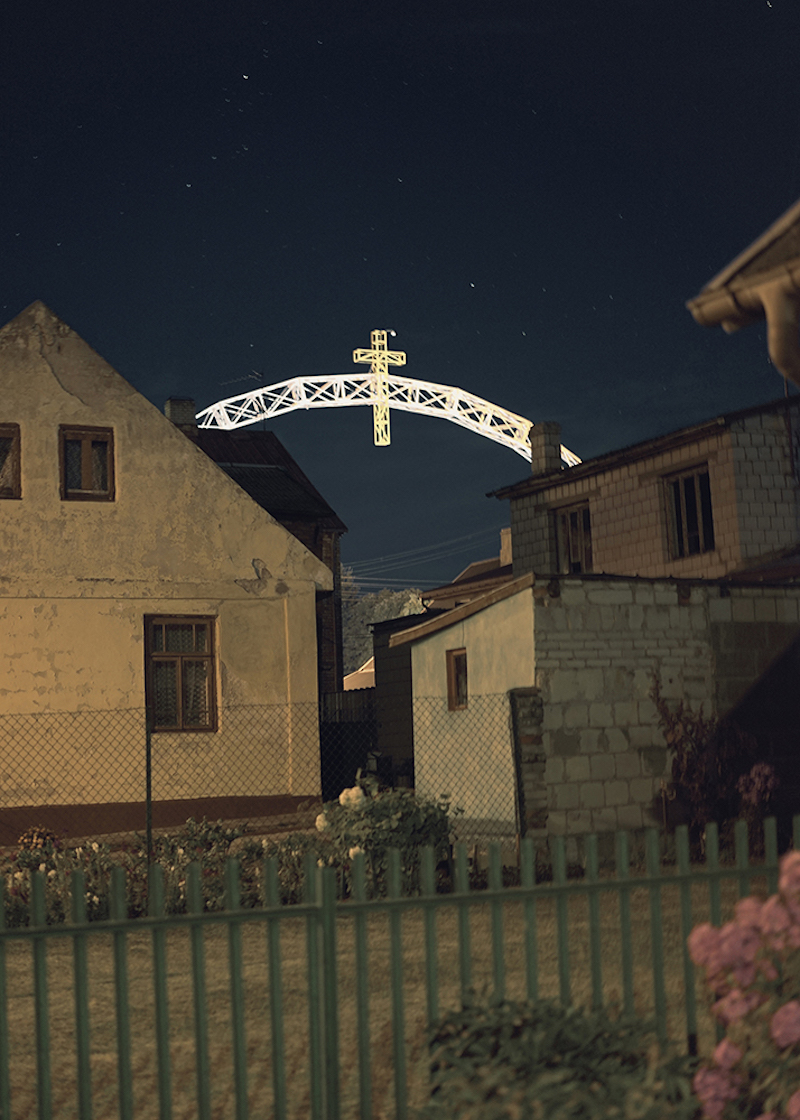 MJ: How do you relate these passed histories of shifting frontiers with their East-West bias to the actual situation in Europe today?

PM: The location of the geographical centre depends on the definition of the borders of Europe. I keep asking myself if this is not a metaphor for our times, when Europe finds itself again in a situation of confusion and needs to redefine itself anew. A discourse of inclusion-exclusion is again in the spotlight.

The question of a common ground is now of a crucial importance, when various nations, and Europe itself, are closing their borders in the name of what they claim to be a strengthening of their national and continental identity and values. What I wanted to show in (I) Remember Europe is that individual struggle is similar from within or from outside Europe. With that in mind, I go beyond political definitions into exploring the human psyche.