Nearing the entrance to the first edition of the Strasbourg Biennale, we saw life-size paper humans wheat-pasted on the side of the host venue. There was a face drawn over one man’s blurred head, while the other person appeared as though he were leaving the exhibition. “Interesting street art,” we thought, and then walked through the gate toward the show. Before granting us entry, however, a strict security guard thoroughly searched our bags and made us open our coats. Given recent events, which caused the biennale’s opening to be delayed, this enforced type of surveillance made sense. Even if inadvertent and the result of a tragic attack, it also acted as an appropriate precursor to viewing ‘Touch Me – Being a citizen in the digital age,’ an exhibition centred on examining what it means to be human, to be a citizen, in the current world. 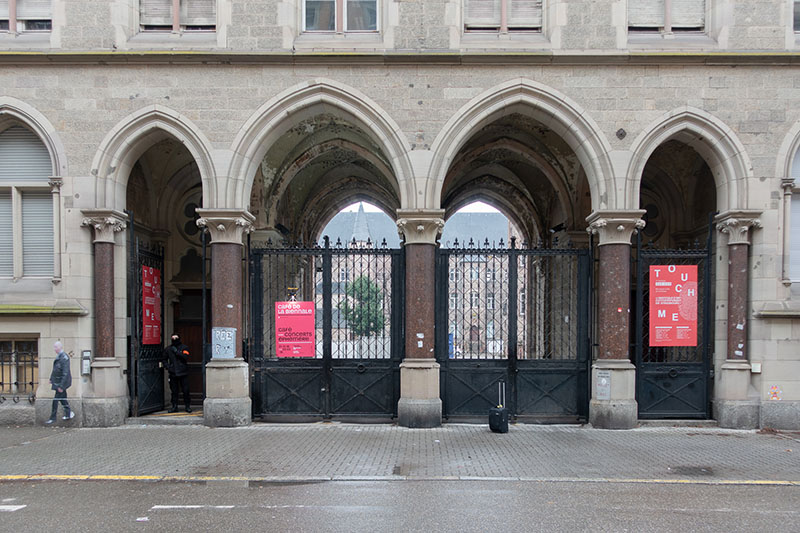 Entrance of Strasbourg Biennale, ‘Touch Me – Being a Citizen in the Digital Age’ // Photo by Anna Russ

The two figures pasted onto the building, it turns out, are pieces from Paolo Cirio’s series ‘Street Ghosts’ (2012). In the years following the launch of Google Street View, the Italian artist virtually walked through the world’s streets, taking screenshots of people whose bodies he then isolated, enlarged, printed, and installed at the location of the particular screengrab. The face on one man was made by a passerby, but instead of seeing this as vandalisation, Cirio sees public interaction as part of the artworks’ lives. Inside the exhibition, he has framed the original screenshots for viewers to observe – an eerie ghost of both the past and present. Cirio’s work pervades ‘Touch Me,’ as the biennial’s curator and founder Yasmina Khouaidjia also included his installation Sociality (2018) and three works from his series ‘Overexposed‘ (2015). 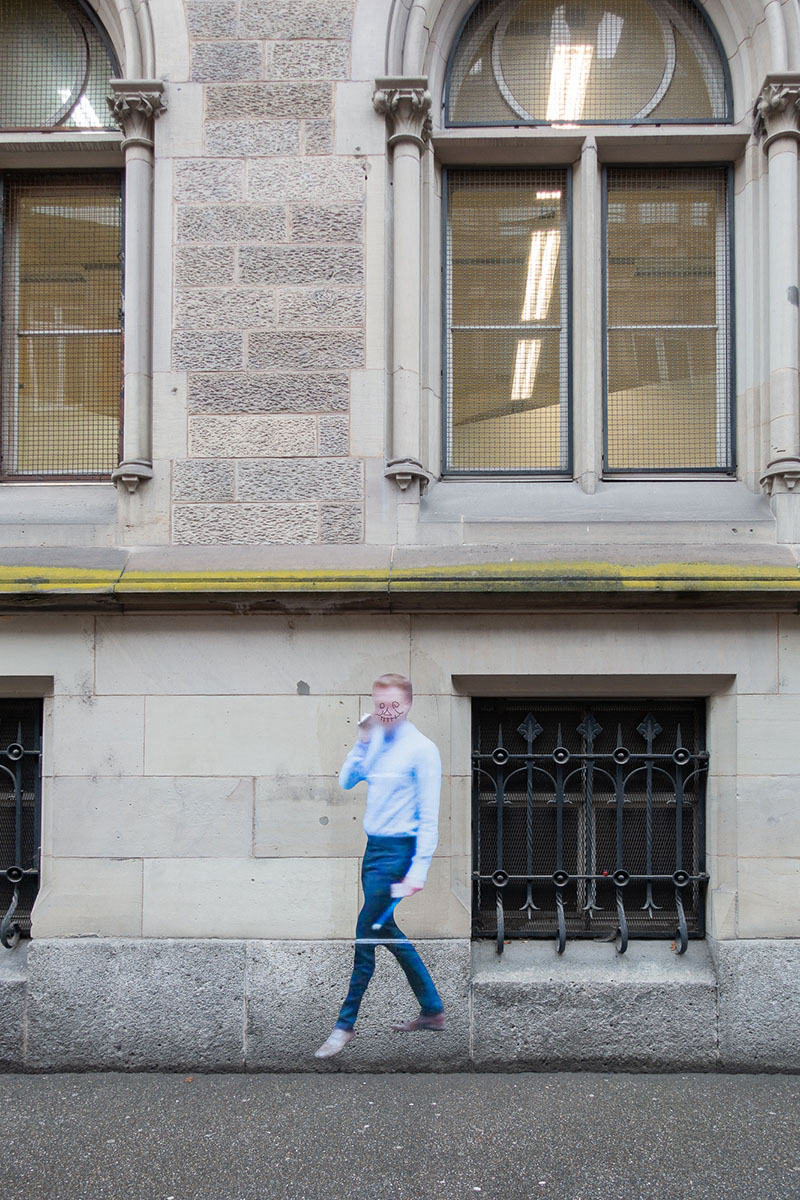 In relation to the overarching theme of the show, other works by international artists such as Trevor Paglen, Aram Bartholl, Sarah Ancelle Schoenfeld, and fifteen others addressed topics like hacking phone cameras (Florian Mehnert, Menschentracks, 2014), the locations where deep-sea internet cables meet the land we walk on (Paglen’s three photographs and Evan Roth’s Landscapes, 2017), and what it’s like to live life with a completely transparent digital footprint (Mark Farid’s video documentation of his online performance Poisonous Antidote, which led to identity theft, unending debt, and a credit score so terrible that it prevented him from securing a cell phone contract). In Louis-Philippe Scoufaras’s installation Room 3.1 (2018)—comprising a sink, faucet, soap dispenser, mirror and light—visitors scan a QR code that pulls up a YouTube video (sans caption) and mysterious on/off button. Upon hitting “on”, the water faucet in the room concurrently begins to run. Then, when further inspecting the video, which one cannot rewind, pause or fast-forward, it becomes clear that it is showing not only the room in which the installation is located, but a livestream of the space and people within. You can take a piece of paper bearing the QR code with you, effectively allowing you to turn on the faucet and surveil the room in Strasbourg from wherever and whenever you please. Freaky, right?

Scroll through the rest of the photos to see more of our highlights from the first Strasbourg Biennale. 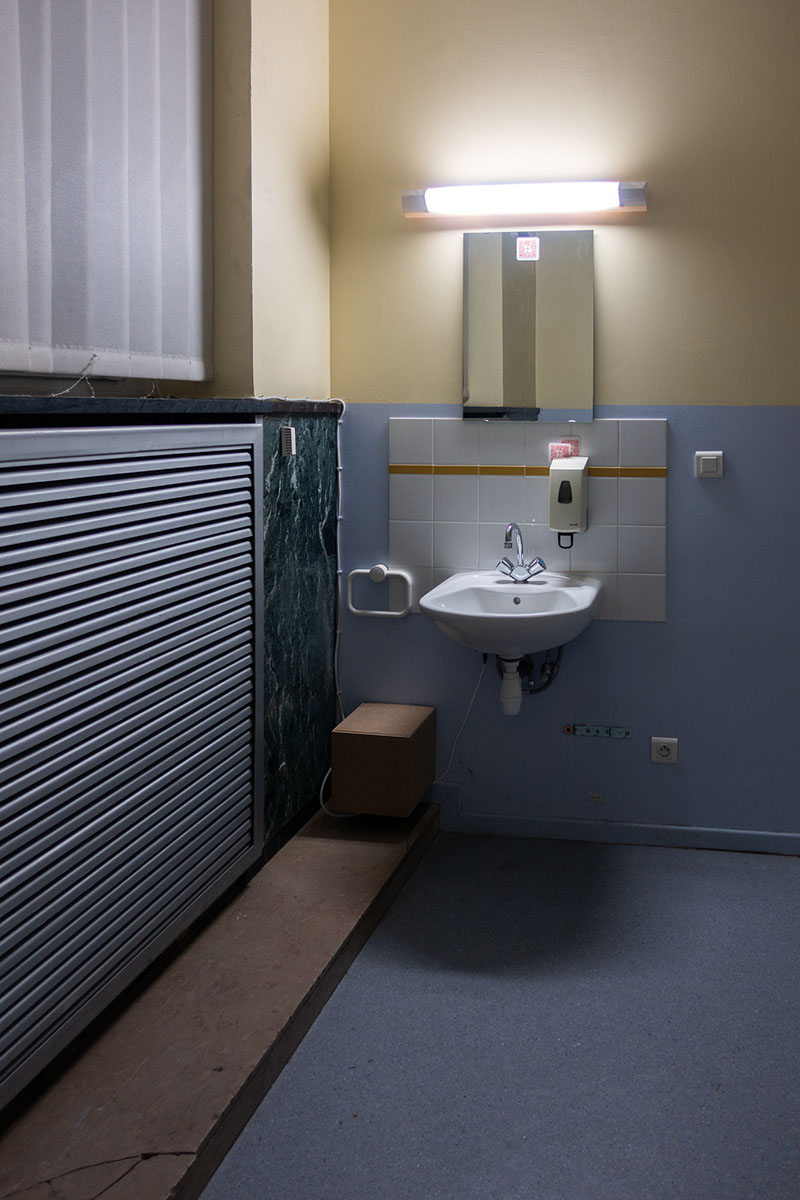 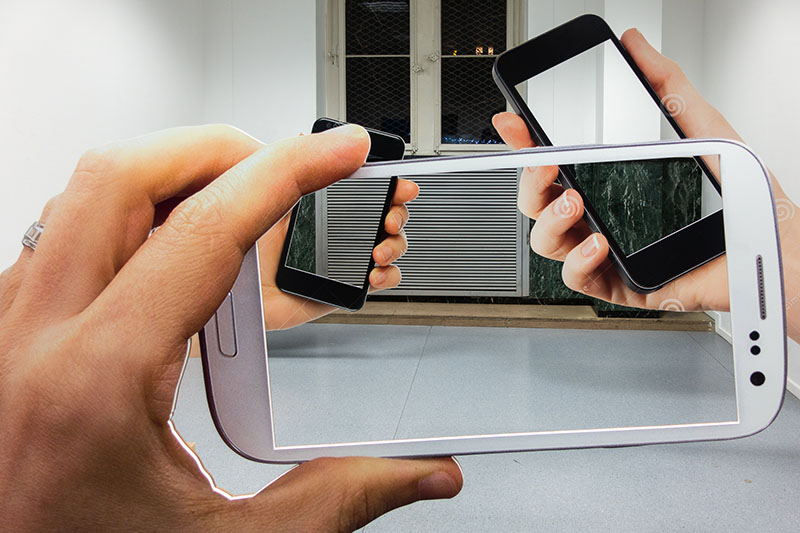 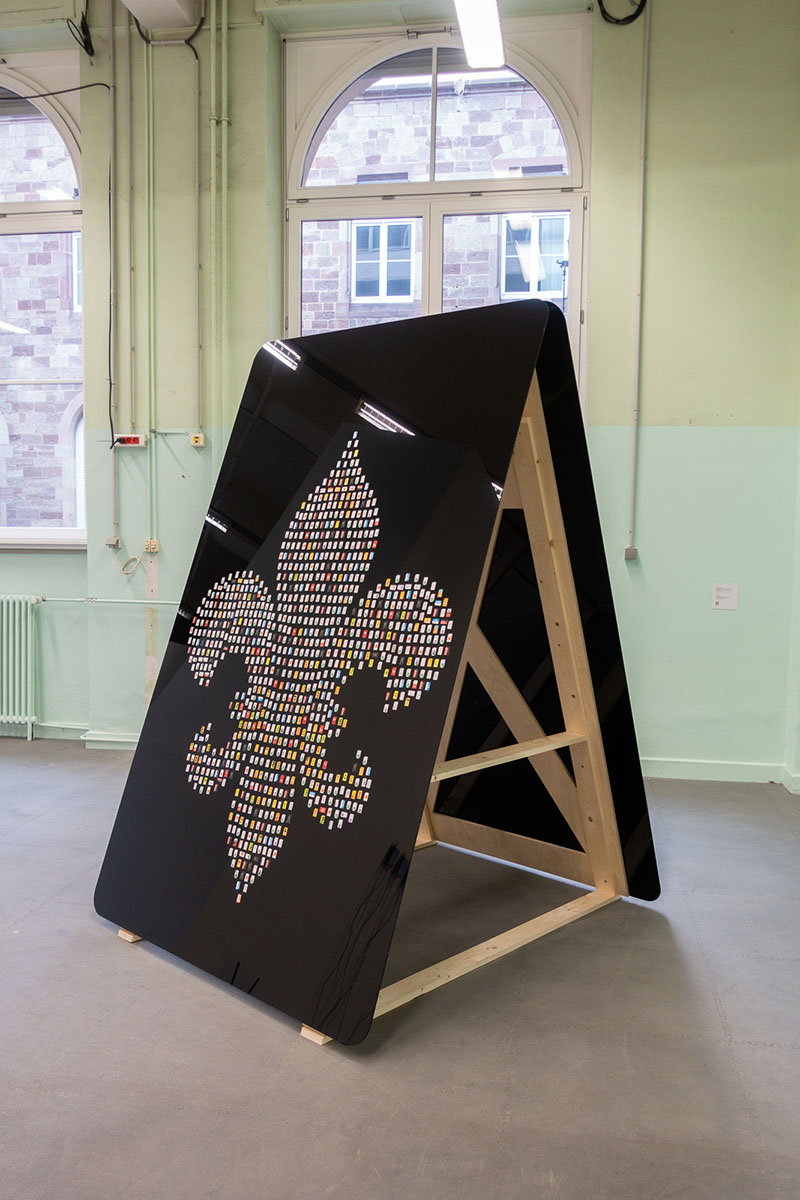 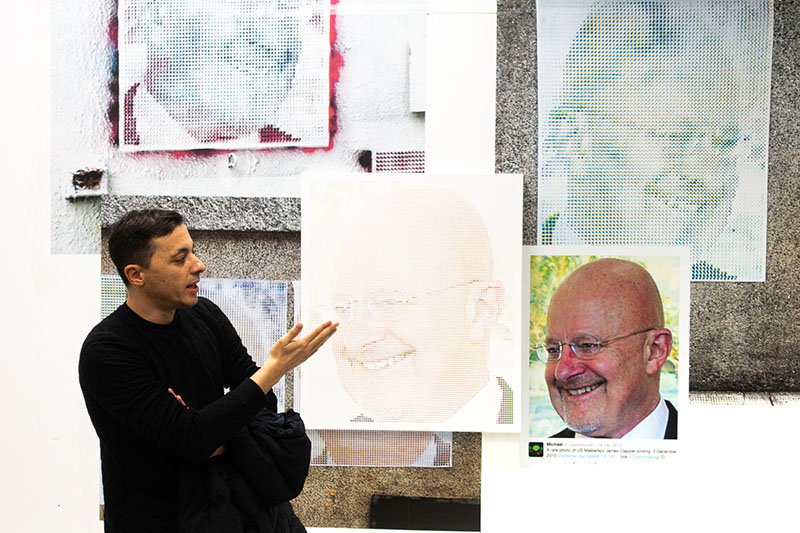 Artist Paolo Cirio with work from his series ‘Overexposed,’ 2015 // Photo by Anna Russ 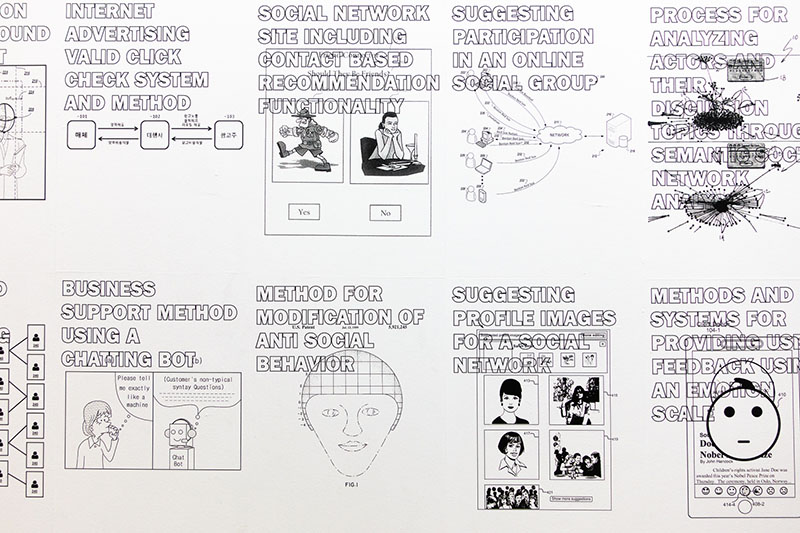 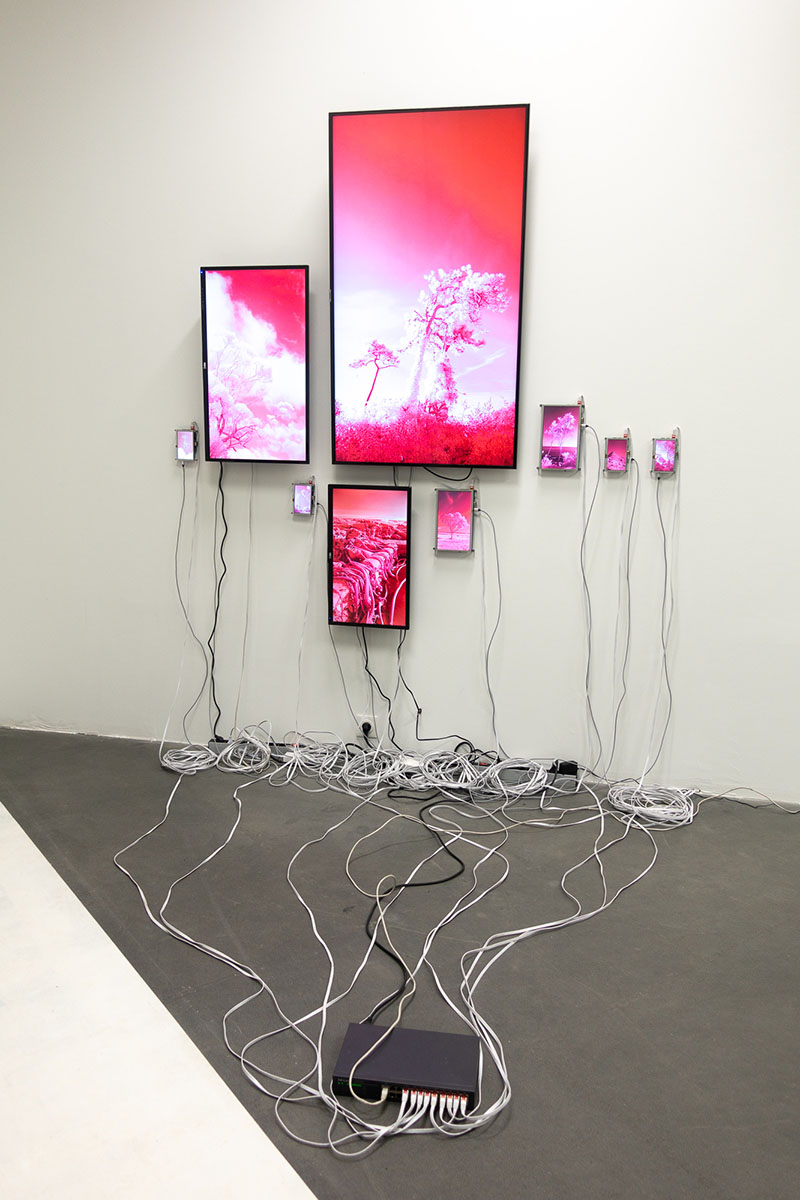 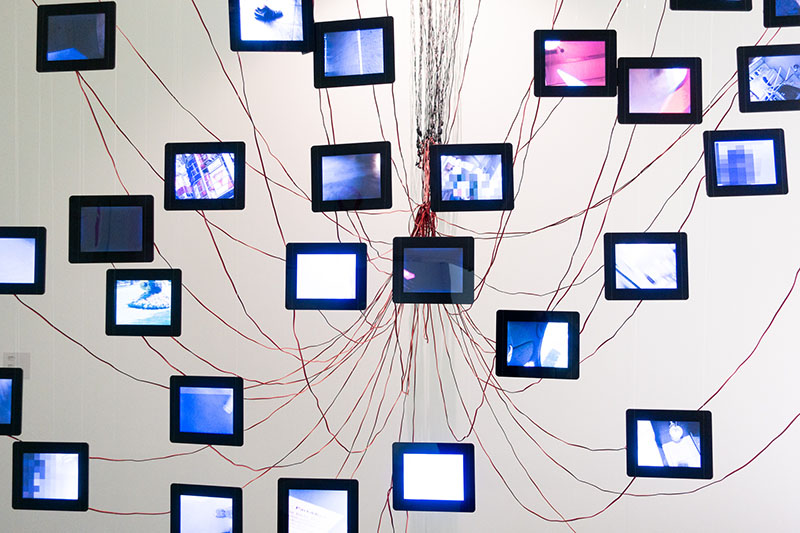 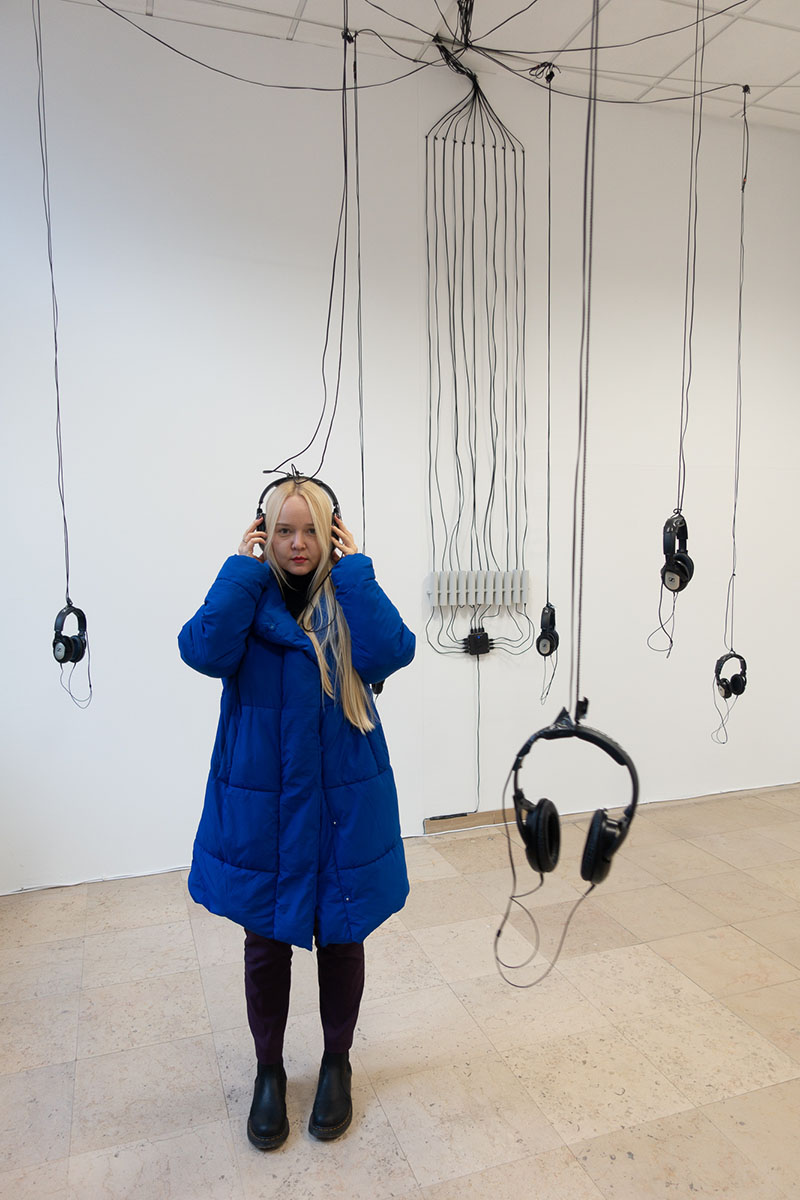 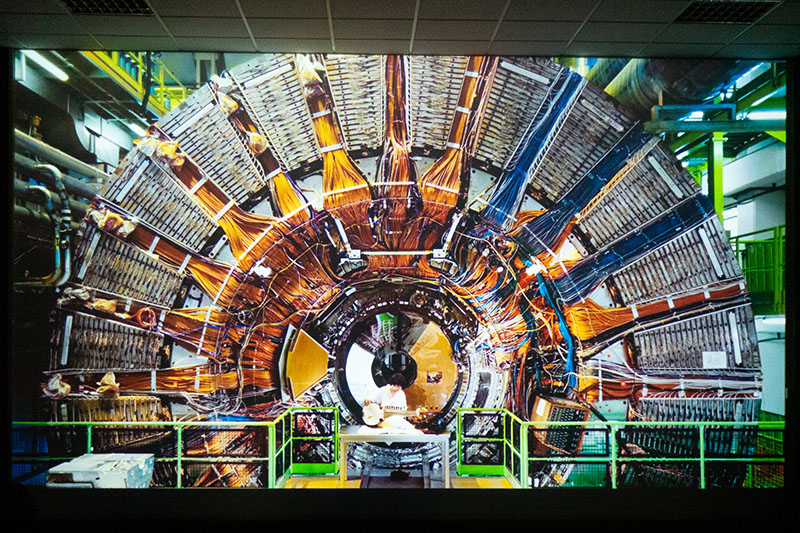