Vocal performance can be as physical as it is sonic. The series ‘From Breath to Matter’ (FBTM), founded in 2017 by Alessio Castellacci and Jule Flierl, engages this philosophy in a series of stunningly multi-sensory aural experiences that mediate between the affects and effects of sonic experimentation. Described as vocal dance, the series explores the physicality of the voice, demonstrating that vocal patterns can be choreographed as much as they are composed, and situating the voice “as [a] medium somewhere in between performance, dance and new music.” 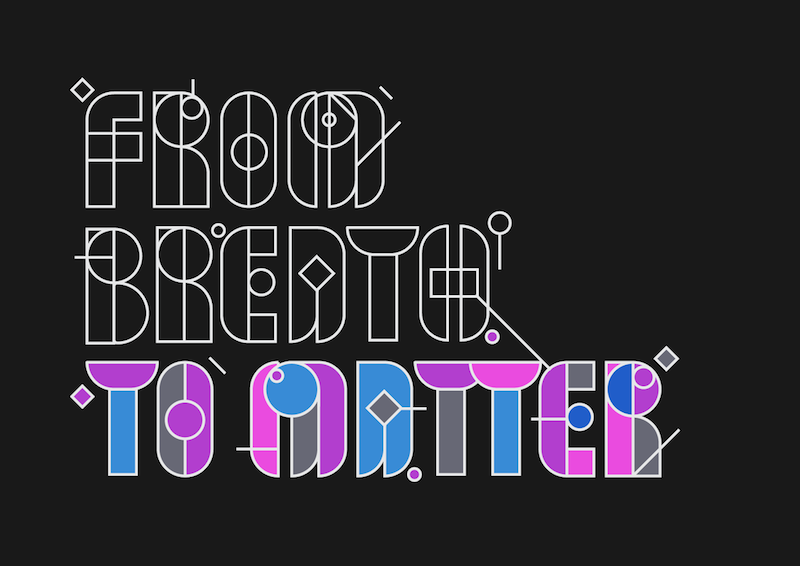 From Breath to Matter // Logo by Kirsten Howard

Zorka Wollny’s psychedelic choir, in particular, has achieved this aural tangibility. Performed during FBTM Salon #5, Wollny’s choral piece Things of No Significance, Vol. 2, was a stunning orchestra of alien sounds, at times difficult to believe they emanated from human bodies. The work ebbed and flowed in intensity, ranging from light breath work, to soft rain sounds, to the cacophonous screeches of exotic animals and the razor blade noises of inorganic materials. What interests Wollny most is “how such actions, when made by a group of people, change the quality of sound from obvious to indefinable: how timbre becomes a dominating factor.” And, indeed, most sounds were abstracted from their clear referents. Though one might try, the experience becomes less about discerning a recognisable soundscape—a forest, for example—and more about allowing the experience of sound to wash over the body. The audience is prompted to reconsider its relationship to sound, relinquishing the categorical impulse to associate sound with phenomenon, and instead surrendering to the psychosomatic experience of abstract noise. 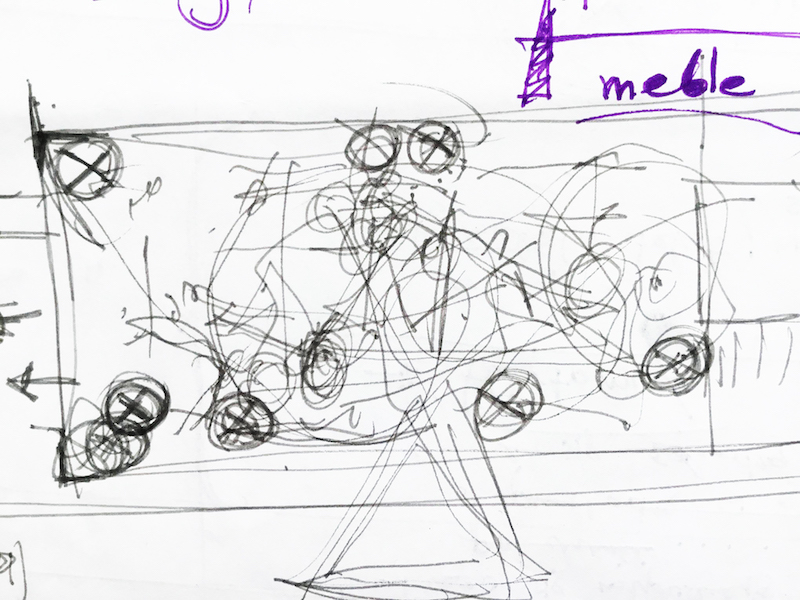 In Wollny’s choir, performers stood or perched between audience members in various spots around a room. The room was not unlike a high school theatre classroom: simply furnished and painted black, the walls and floor bearing the scuff marks of performances past. The point, however, is not how the room appears visually. As if to emphasise this, and to better accentuate other senses, the room was darkened. Co-organiser of Salon #5, Mika Hayashi Ebbesen, describes the performance as investigating spatial relations by way of sound frequencies: “Being touched by frequencies can be understood as functioning differently from what one listens to in a conscious and active way, as in a psychological oral-focus. What you thought you heard is not perhaps what touched you by way of frequency-touch. By teasing out more ‘experimental’ relationships between voice and body, there is a desire to understand the performative potential of the voice, how cultural affect is framed and unframed by form, and ultimately offering different musical insights in a contemporary context. Beautiful ambiguities are revealed and new spatial relations are invited into the performance-time through the [various] aural performances being highlighted at the salon.” 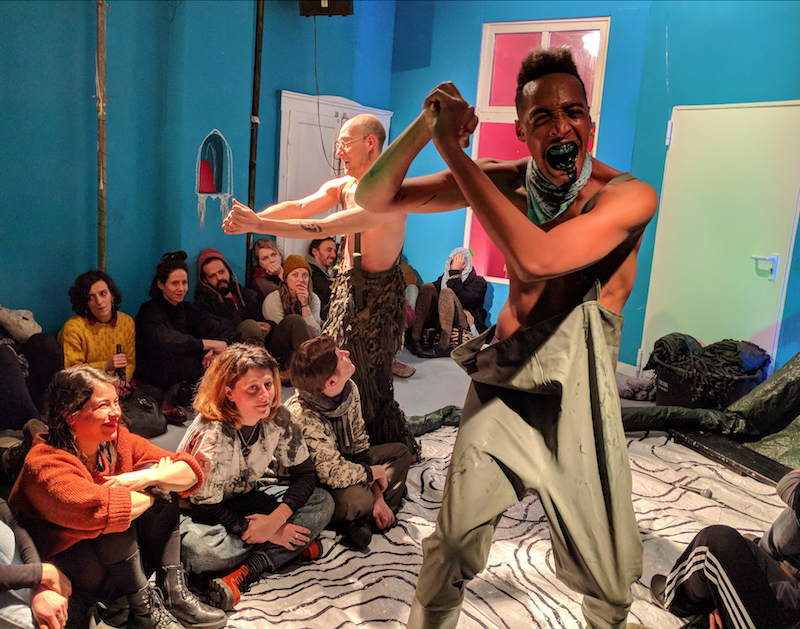 With a strong emphasis on the tether between the body and the voice—it’s significant that several of the series’ contributors possess considerable dance backgrounds—FBTM also investigates the visceral potential of oral performance through its participants. Past Salons have included performances by Lee Méir, whose choreographic work considers the relationship between gesture and language, examining the hierarchy of speech over movement in conventional modes of expression; Madalina Dan and Agata Siniarska’s No Woman No Cry!, which appropriated crying as a practice, underscoring the radically feminist potential of the crying-act as a means of empowerment; similarly, Neo Hülcker’s Breaking of the Voice, which worked as a choral testament to the pubescent changing of the body. In Salon #3, just in F. Kennedy’s science fiction piece A Dark Patch adopts operatic theatrical traditions, pulling vocal performance out of the limited parameters of the stage and accentuating the tangibility of the voice by presenting it as inextricable from bodily movements.

Needless to say, for the artists involved with FBTM, giving voice is an act of political defiance. Rebellious, disorienting and innovative, FBTM promotes a notion that the voice is a politically-charged medium, both active and palpable. The voice takes up space. The voice can be recklessly loud, but also provocatively silent. The voice can be tender and the voice can be destructive. The voice can interrupt, and together voices can harmonise. Thus, the voice is physical, provoking chain reactions of corporeal responses in its ability to disturb. Focusing on the human capacity for agitation and noise-making, Salon #5 is described via its principle instrument: “the mouth [is] the symbolic site of amplification, an ambiguous threshold of vibration and manifestation. What space is occupied when matter attunes itself to breathing?”