The exhibition text for the current group show at Peres Projects, ‘Road to the Unconscious’, begins as a guided meditation, in which the space of the exhibition is unfurled as a dreamscape, with each encountered object and figure coming in and out of focus, shifting as our awareness of their presence shifts. 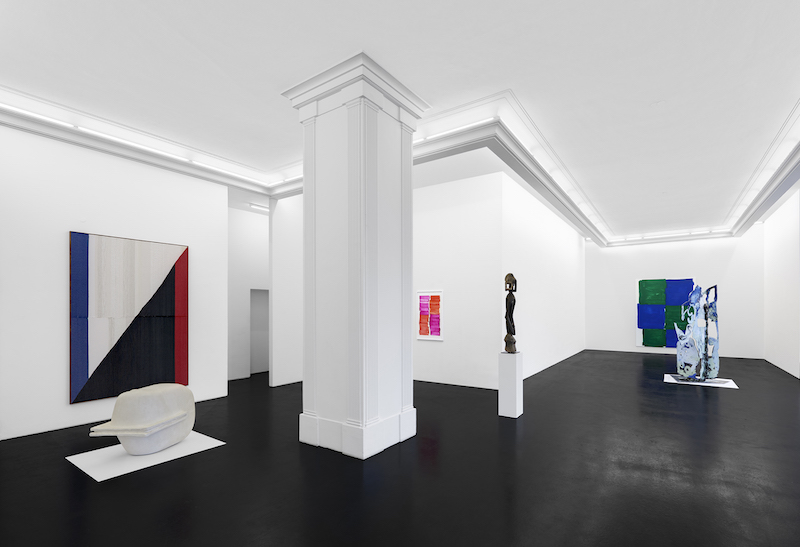 Entering the actual space, we do encounter objects and images that take on different or perhaps unexpected characteristics, once our position changes in relation to them. Sculptural works by Donna Huanca at first seem flattened, but then waver or otherwise warp. In order to be perceived as three-dimensional—to be comprehended as bodies, comprising a series of appendages—they must be maneuvered around and viewed through irregular cutouts and voids in their planes, which, consequently, produce depth. Surrounding paintings—including a large canvas by Huanca, layering paint, sand and digital print—meanwhile, extend their surfaces, articulating a series of textural shifts of varying intensity. 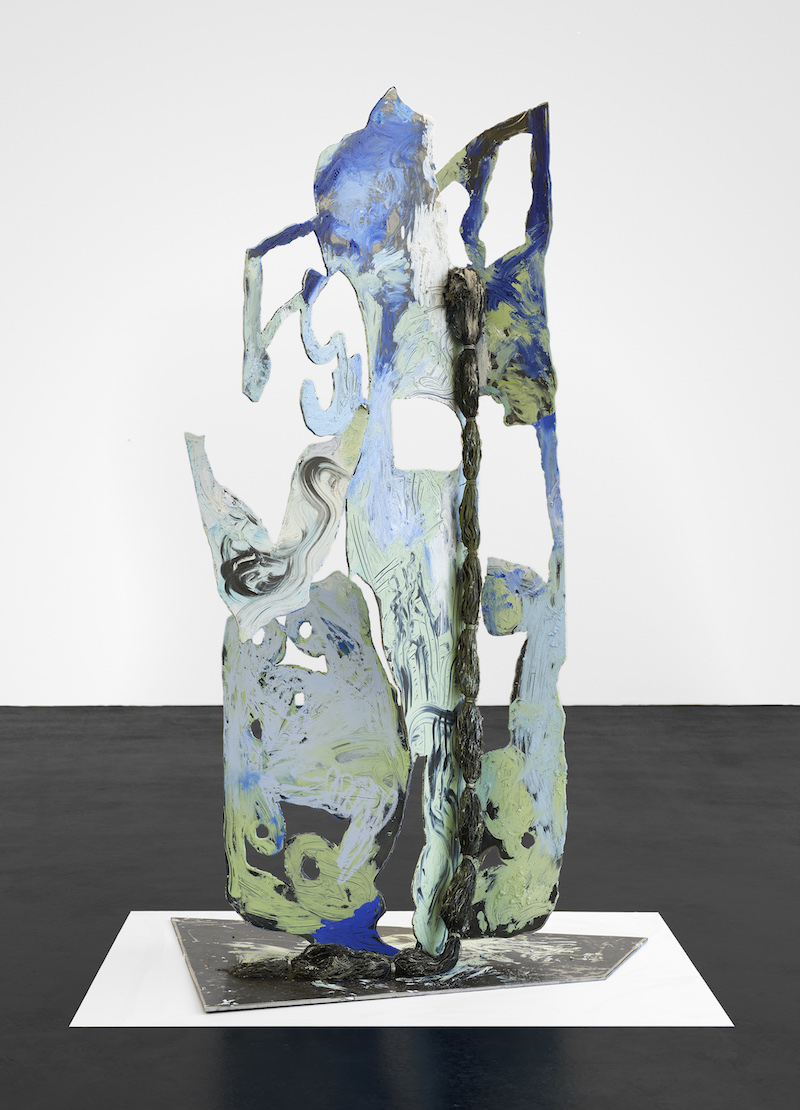 A metaphysical dimension opens up in this space. The title of one painting by Beth Letain even elicits associations with spirituality and the practice of meditation: New Age. The painting, along with the two works on paper by Letain, is made up of imprecise blocks of color – two colors in each image – with visible, linear strokes in uneven applications. They are records of a series of repetitive gestures, forming geometric patterns: a type of coded visual language. In a similar way, Brent Wadden’s woven paintings contain hard-angled lines that waver slightly, and not-quite-straight seams riddled with gaps. The textures of different alternated stitches defy an even surface, while patterns break off to reveal irregularities inherent to their making. 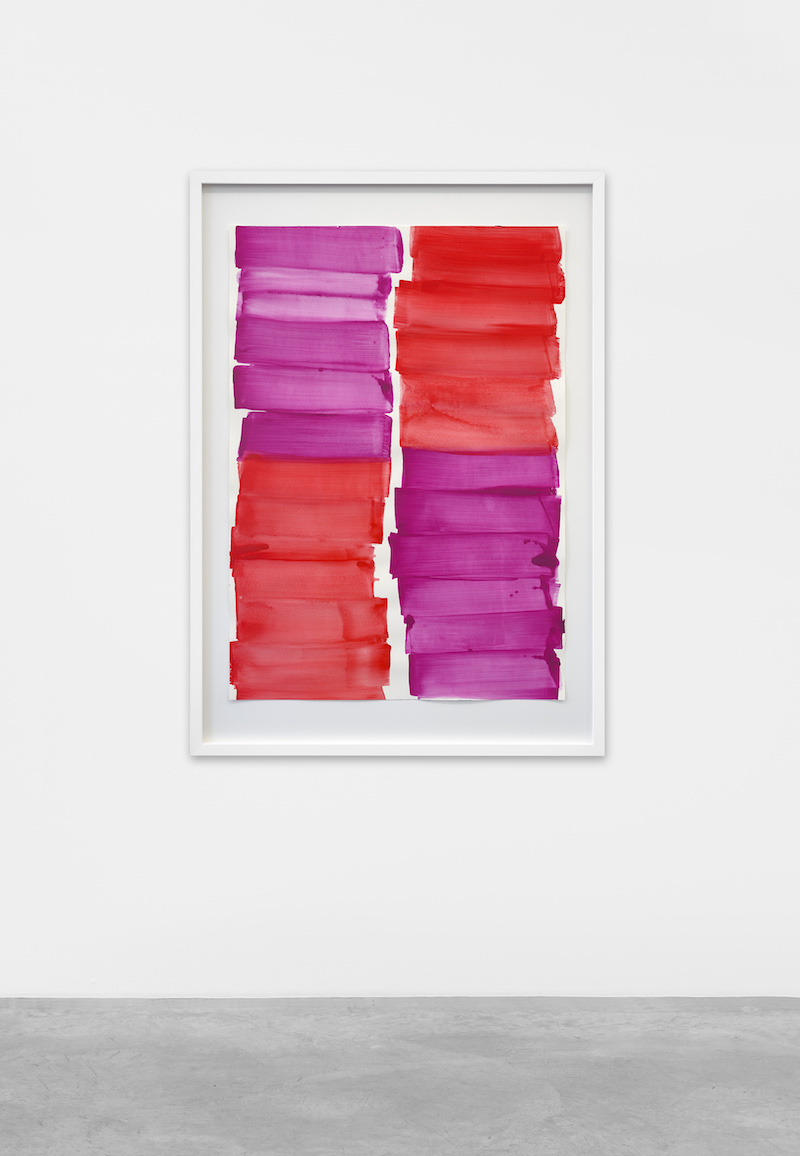 Interwoven with another repetitive, and quasi-meditative, gesture, Bronwyn Katz’s Chateau vert merges sculpture and drawing in a freestanding, partially enclosed structure of metal bedsprings, around the coils of which green wool is meticulously knitted. Recognizable as bedsprings, though flipped sideways and extended, almost as fencing—cage-like—it is exposed as a skeleton of sorts, while the added wool “skin” softens and imbues it with the intimate traces of a laborious process. The displacement of a familiar domestic object is echoed in Su Chang’s folded bathtub sculpture. Both point to a process of deconstruction, which makes strange objects that are repeatedly encountered in daily life, to the point of often remaining on the periphery of our vision. Chang’s forms, pared down to minimally-articulated, white objects, appear as negative shadows—ghostlike objects that, paradoxically, through their demonstrated malleability, are perceived as tactile. Squat, the title of the folded bathtub, suggests at once a position, or form, of the body as well as its presence: an inhabited vessel that is assumed to be empty. 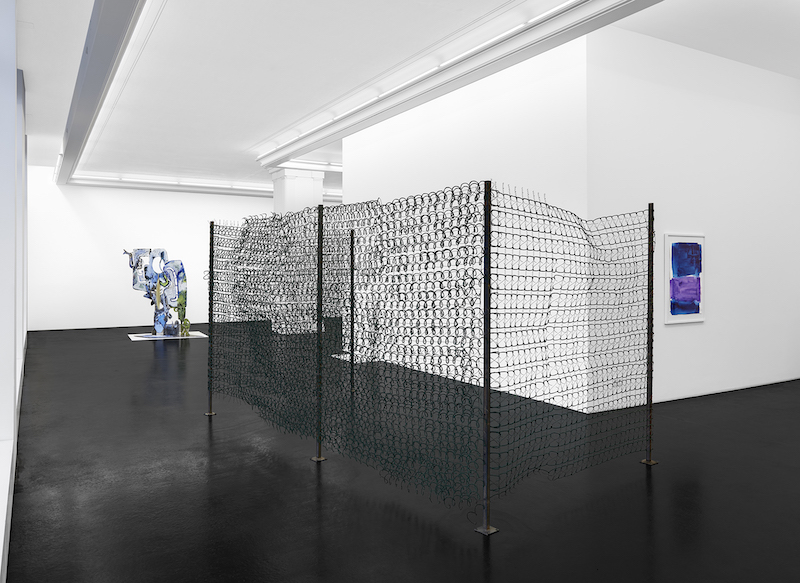 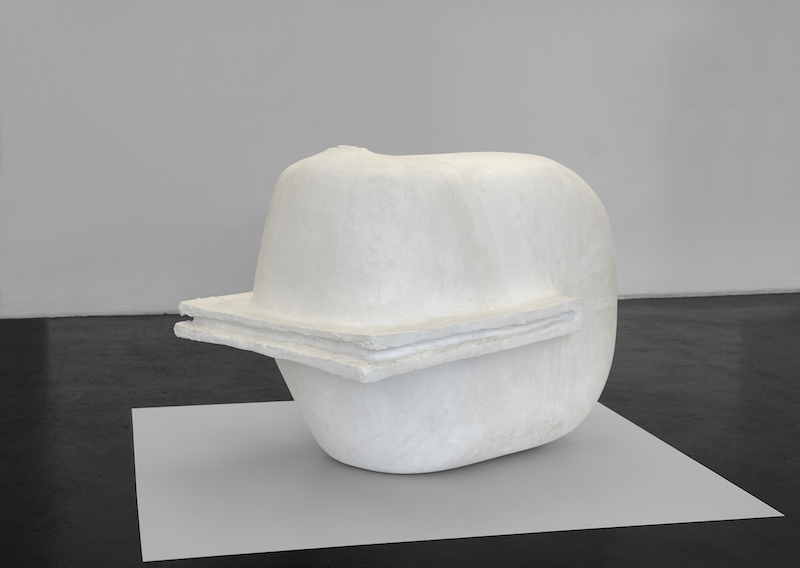 Alongside the works of contemporary artists, ‘Road to the Unconscious’ is also comprised of several 19th to 20th century wooden sculptures from Central and West Africa. A Reliquary Guardian Figure of the Fang people of Gabon is a ritual object for the protection of containers used to house the relics of ancestors, facilitating a connection between realms: the living and the dead. Two Lukasa memory boards of the Luba people of the Democratic Republic of Congo, facing back to back, invoke tactile perception. Handheld devices, the patterns of glass beads, metal fixtures and reliefs in their surfaces are read by touch, through which history and narrative is decoded and recounted. Both the Reliquary Guardian Figure and the Lukasa memory boards provide access to the past, via memory, as a means of dealing with the critical issues of the present. The contextual specificity of such objects is collapsed, however, at the same time as a distancing effect is enacted in their display, particularly when viewed from behind a glass interface. This distancing perspective is compounded by their anonymity, which seems to underscore limitations in persisting modes of engagement with artifacts from the African continent. 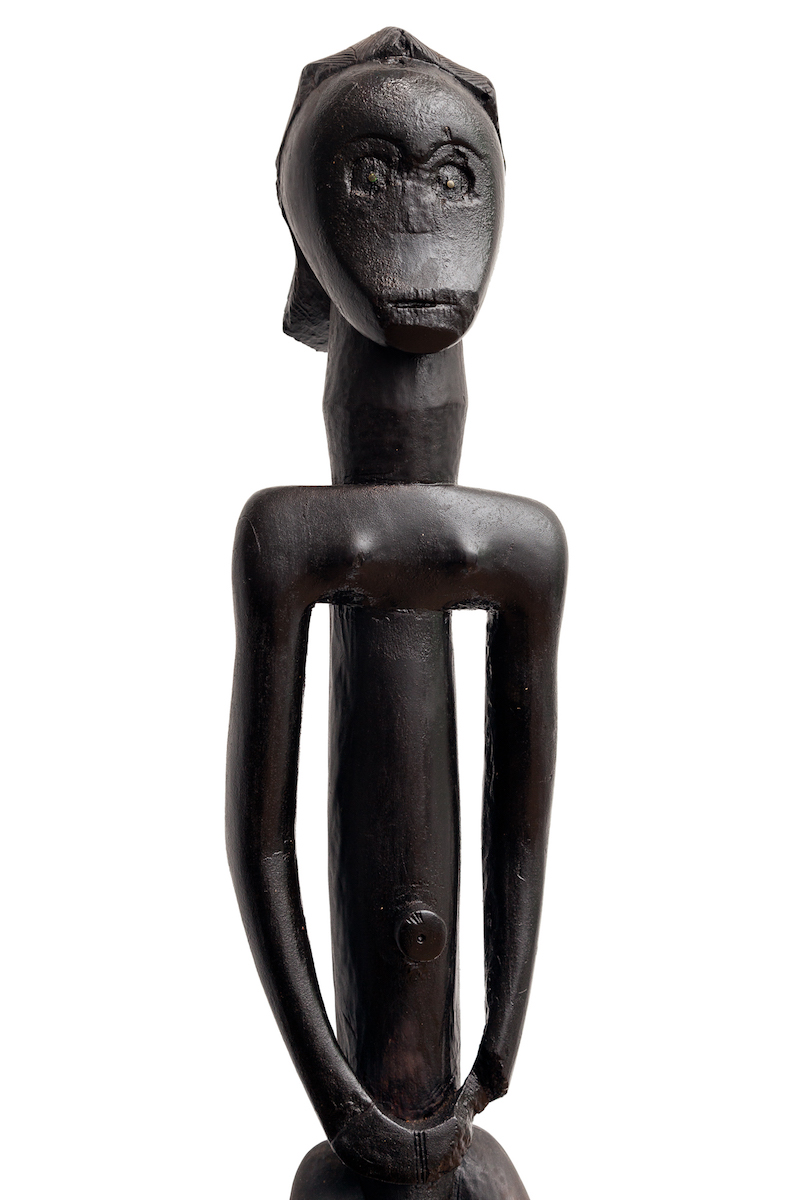 Returning to the guided meditation: a breaking out of automatic habituation is prescribed. What may be filtered out, or otherwise leave us detached, through the de-materialized world of the screen, which encompasses a large portion of our daily routines, can confront us in the meta-space of the exhibition, like Freud’s dream world – referenced in the exhibition’s title – offering a network of associations to be deciphered. With a view toward revealing, or symbolically representing, our private and collective preoccupations, memories and trauma, a visual world is constructed; nonetheless remaining behind a filter of its own.