It may seem ironic, given cinema’s intrinsic relationship to moving pictures, that one of the centerpieces of the 48th International Film Festival Rotterdam (IFFR) was in fact a celebration of the still image. ‘Blackout’, curated by IFFR programmer Julian Ross and presented at the Kunsthal Rotterdam, assembled eleven contemporary artists working with carousel slide projectors (including Cauleen Smith and Raha Raissnia), who presented a series of dynamic projects that repeatedly returned to questions of “black outs” in historical memory. Frequently accompanied by sound and sculptural elements, the darkened gallery space of the exhibition became a site of disorientation and discovery. 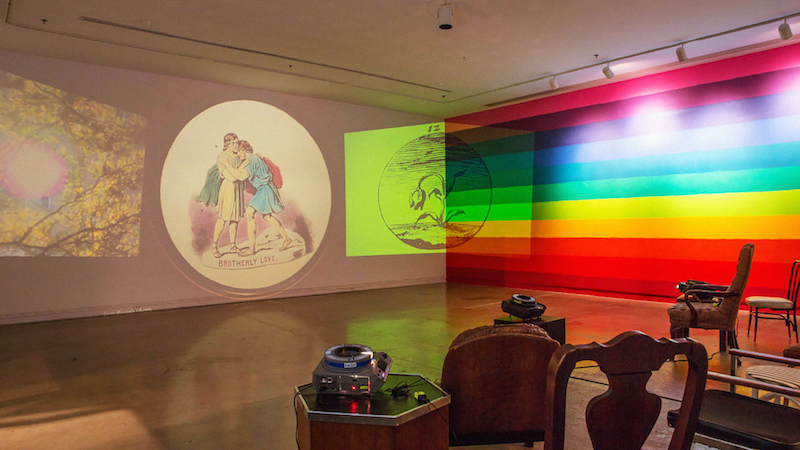 ‘Blackout’ was only one part of the festival’s exhibition side bar ‘Art Directions’. Elsewhere around the damp port city one was able to find ‘Works on Paper’ by Finnish artist and filmmaker Mikala Taniila, selections from a refined project in which Taanila trims pages of historical film books, to produce objects somewhere between sculptures and collages with alluring depth. In an innocuous-looking meeting room at the NH Atlanta hotel, filmmaker Jean-Luc Godard presented his latest feature-length essay film Le Livre d’Image as an exhibition, with the film’s complex sound design mixed through a bric-a-brac collection of speakers placed around the room, including the tinny sound from the flat-screen television that presented the film. 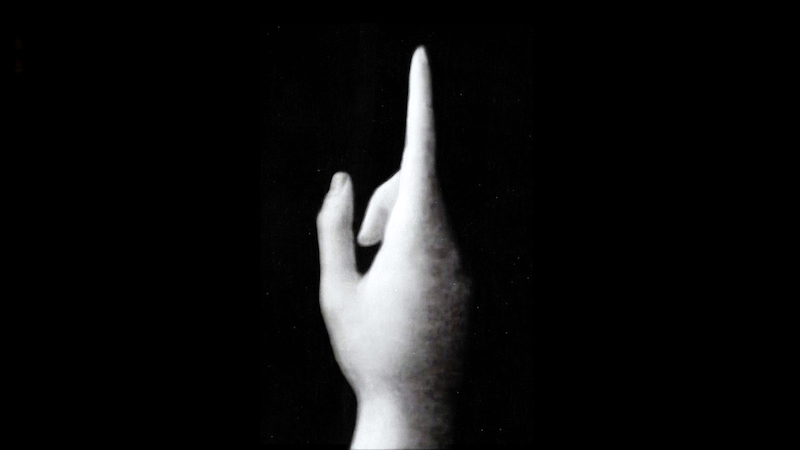 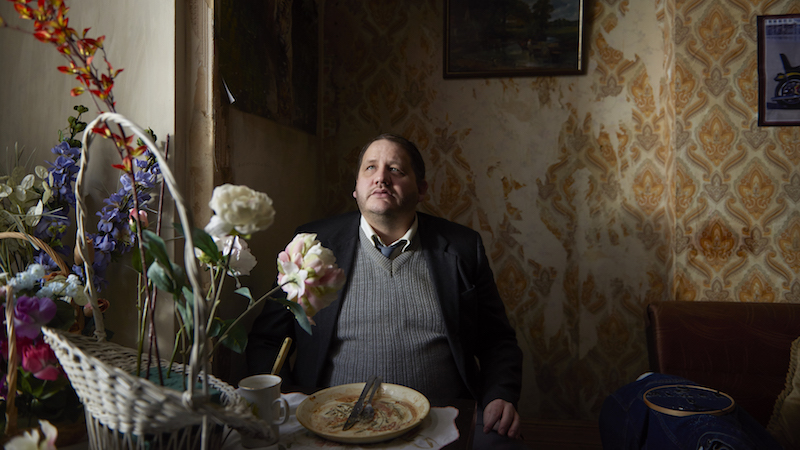 If IFFR’s exhibitions showcased the work of filmmakers in gallery contexts, the main slate of films included several offerings of short and feature-length projects by artists traditionally known for their gallery-based work. The Proposal, a sly documentary by and about Jill Magid, traced the artist’s increasingly complex and conceptual attempts to access the archives of Mexican artist Luis Barragán. With Ray & Liz, noted British photographer Richard Billingham adapted and fictionalized episodes from his youth and family life, first seen in his breakout photo-book Ray’s a Laugh. Shooting on 16mm and wedding a photographer’s eye to the genre of British “kitchen-sink” realism, the film’s intimate and generous portrayal of idle time and life in poverty was a festival highlight; a moving picture in the most literal sense.