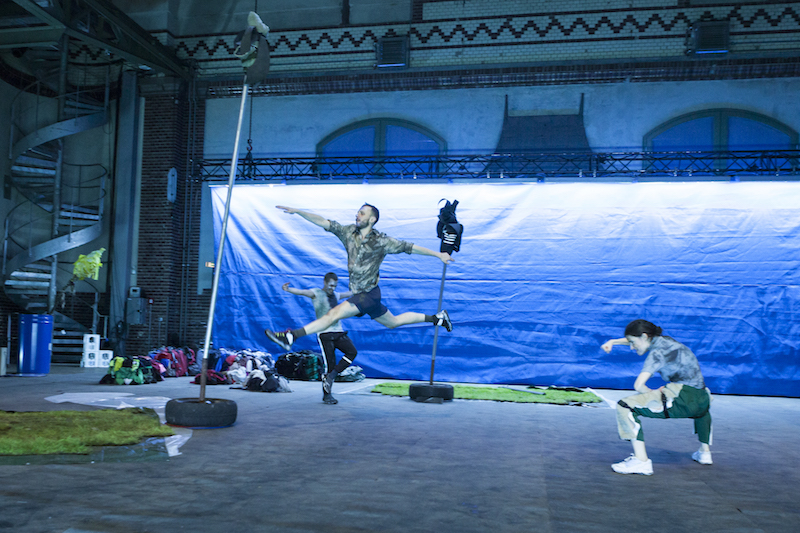 Upon return from their travels, the shepherds and shepherdesses of ancient Greece recited poems about the nature they’d seen. Beauty and splendor, not to mention the gods that inhabit this land, are pastoral poetry’s main concern. Like love or god, nature is among poetry’s favorite topics, but while speaking with dramaturg Mila Pavicevic about Sergiu Matis’ new performance piece ‘Hopeless’, I wondered: why nature? Surely remote villagers in the mountains are surrounded by it already and might be curious about the wider world. Speculating about how these instances of storytelling might have functioned as “the news”, Pavicevic replied, “they were a way to validate the state and often made appearances in times of war or struggle.”

Zoom from 3rd century BC to approximately 2080, at Kottbusser Tor perhaps, and you’ll find yourself at the beginning of Sergiu Matis’ newest work, ‘Hopeless’. It begins in a post-apocalyptic, sci-fi world, whose vantage point will allow performers and audience to deal with the concerns, failures and losses of our society. We, as western humans, have spent centuries looking back at ancient Greece and admiring the auspicious beginnings of modern civilization. By taking the future as a starting point, we can look backwards at history and see something tragic about the course we’ve been on since the first pastoral poems. Were we doomed from the beginning? 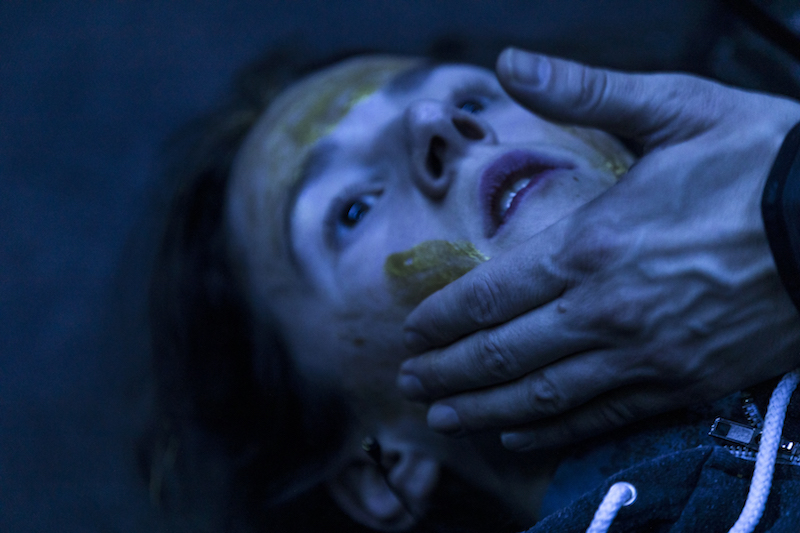 Loss: we walk through a 16-channel sonic forest, by AGF aka Antja Greie, composed of field recordings from the Macauley Library of extinct animals. Nature no longer exists here. There is nothing that can be done in a world without nature. We have entered a zone of irreversibility.

As the piece moves on, we travel backwards in time and by the end we have arrived in ancient Greece. Along the way, Beethoven’s suite based on the Idylls crops up – a reference to a moment in which the ears of the elite, poised on the doorstep of colonization, are graced with beautiful nature-cum-culture. Speaking on nationalism in ‘Hopeless’, Pavicevic adds that nature is used to “enhance and strengthen a belief in the country.” Who are we without it?

For the performers, one task is to reconstruct nature, to “bring life in impossible conditions”, says Pavicevic. “There is a lot of room for failure, choreographically speaking. We made choreographic tools that help the performers navigate the madness and intensity. The tools are precise, but the set-up is open, which I find is very exposing for the performers.”

This piece, all 2.5 hours of it, requires a badass level of physical intensity and commitment from the performers. Pavicevic claims that it’s nothing compared to Matis’ previous 4-hour long epic Neverendings, which was about the Soviet Empire. But, I suspect that hopelessness, crisis, desperation, the eradication of nature and the task of bringing life to a place where life no longer exists might feel burdensome to convey. One of the three performers, Martin Hansen, happily told of the “aesthetics of disaster” they worked on in the creation process.

If choreographic tools help the performers navigate intensity, energetically speaking, they also enable performers to maintain the integrity of the work. Where improvisation is concerned, there’s no such thing as arriving at a finished outcome, and notions like precision must shift away from being applied to set movement phrases, and towards complex understandings of a score. Pavicevic discussed failure in relationship to ‘Hopeless’, pausing to laugh about performance’s symbiotic relationship to failure, generally. It must always try.

“There is more room in this piece for un-thinking, darkness, things that can’t be pinned down,” Pavicevic told me. I hear ambiguity, uncertainty, all within a world of desperate times calling for desperate measures. There will be a lot at stake, emotionally as well. The theater may be home to fiction, a portal into other worlds, but it is also a place where we are allowed to reflect on the disasters at hand. “Hopelessness becomes a place from which we must act,” says Hansen. 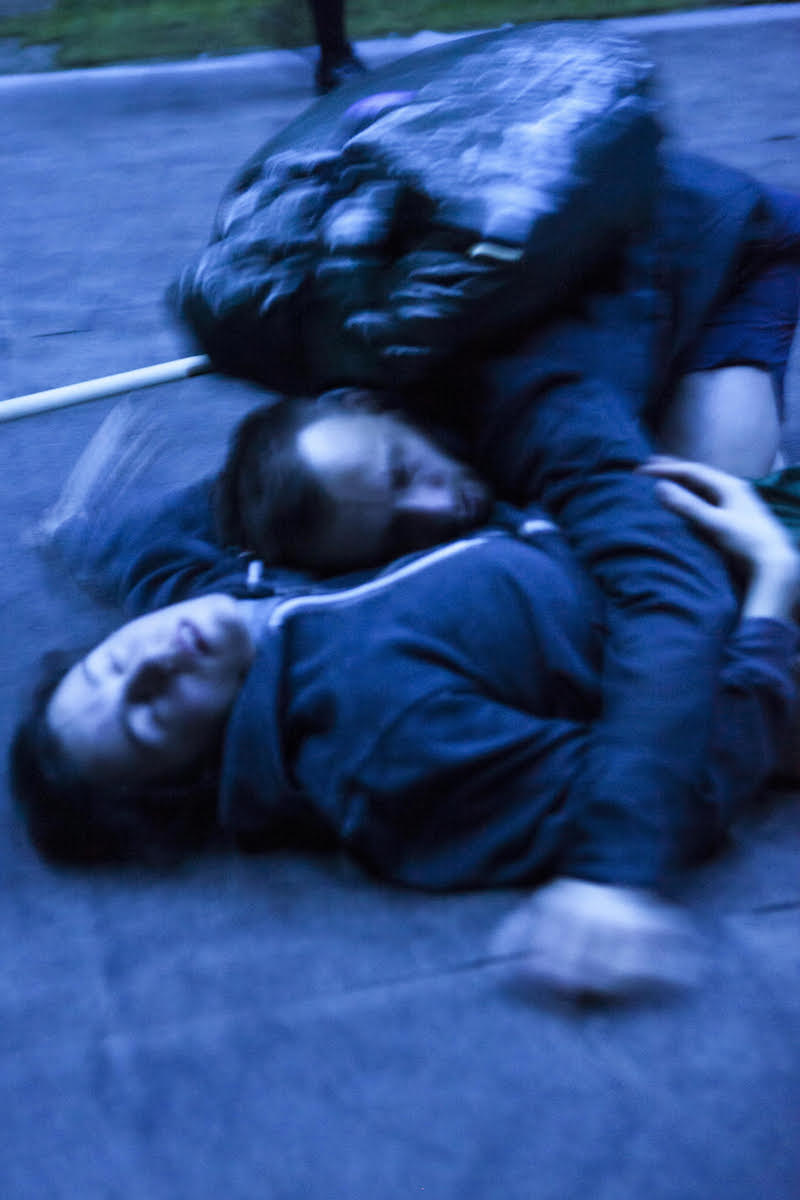 What I love to see on stage is emotional investment not only in the work but in the practice of dance. I love witnessing the pleasure performers take at being seen in movement, in execution. It’s a vulnerable place, of course, and the conversation between failure and glory is intoxicating to witness. All three of these performers have excellent work ethics and praiseworthy devotion to dance as a form, and I am looking forward to watching them navigate backwards through time, making the most of this hopeless situation.

These thoughts on failure in performance, and Sergiu Matis’ upcoming new work ‘Hopeless’, were written before I saw the show. They came out of a conversation with Matis’ dramaturg Mila Pavicevic about the concept behind ‘Hopeless’, and are intended as an accompaniment to the work, rather than as a review or critical analysis.