When considering Suara Welitoff’s exploration of time and human behaviour through absent narrative and video experimentation, it is no surprise that John Cassavetes is one of her inspirations. “As an artist I feel that we must try many things–but above all, we must dare to fail,” reads the beginning of Cassavetes’ film Art of Feeling. Welitoff’s work perfectly fuses those who inspired her with a nostalgia for early 20th century avant-garde cinema: her manipulation of footage from Chaplin, Fassbinder and Godard grants her videos their own identity. 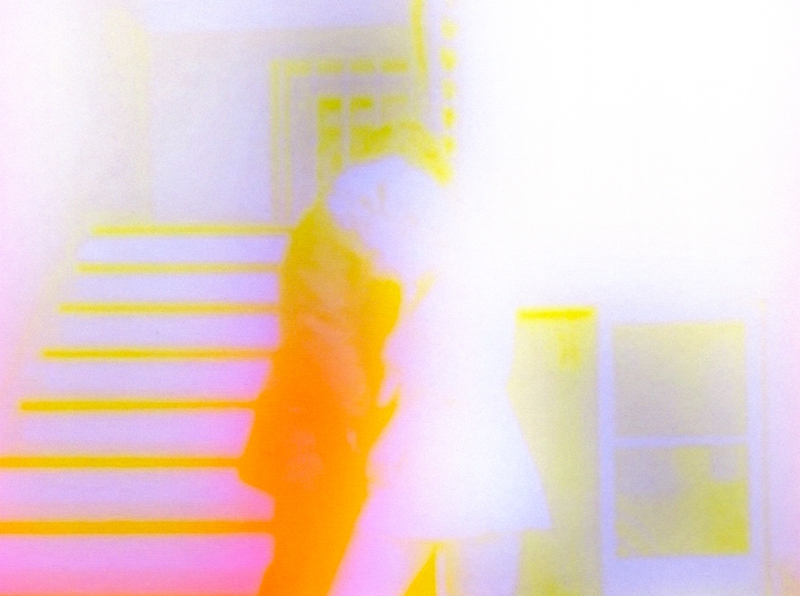 It is entirely unclear where Welitoff’s video loops begin and end, or even what occurs in the middle. What one might consider a cinematographic failure is what she uses to her advantage in ‘Right Now This Moment,’ now showing at the School of the Museum of Fine Art in Boston. She deconstructs meaning through her manipulations of clips and words that lack narrative and, in effect, challenges concepts of time and the present moment. In doing so, she slows down the precious, delicate subtleties in human mannerisms and tendencies that often go unappreciated.

The largest projection on the wall in Grossman Gallery reads “Intermission” upside down; one in another room reads “Five Years Later.” Other similar pieces abound in the exhibition, with words representing a form of time. Her decision to include static glitches and apparent movement in these still frames adds to the anticipation of something we expect to happen but never does, and we are forced to reimagine our concept of duration. 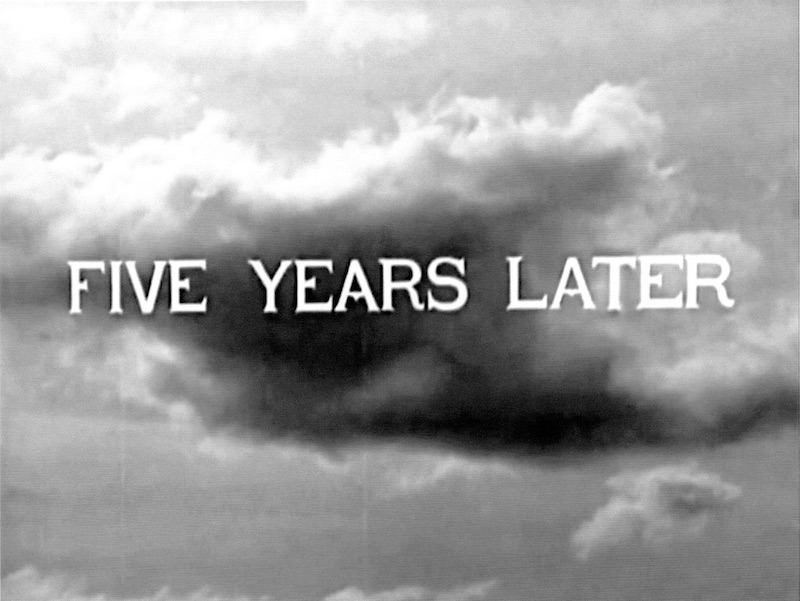 Specifically, Welitoff suggests that duration is simply prescribed to a circumstance, is decided with words or symbols and therefore remains an imagined construct. A story in a film begins at a time of 00:00 and ends with the words “The End.” The idea that something has occurred “Five years Later,” for example, allows the viewer to suspend their understanding of time. Welitoff exposes this fictional creation, and turns these limited durations into everlasting works.

Her manipulation of footage showing people in action also questions duration: namely, through an emphasis on the actual movements being made and not on time that has elapsed. In her projection Too hot to fly, she has taken a few seconds of a scene from Fassbinder’s God’s of the Plague, removed sound and altered the pace and order of events. 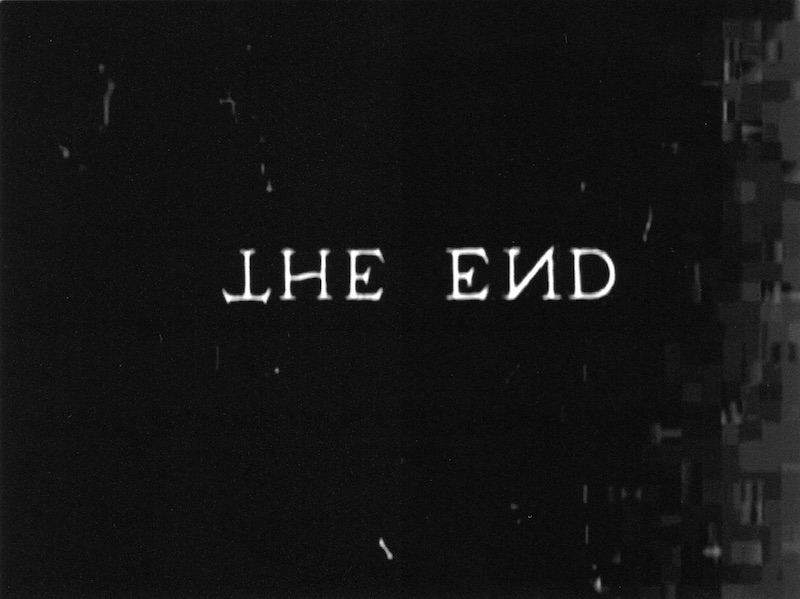 The loop of people sitting and getting up from a garden table becomes indistinguishable in terms of which part is reversed footage and which is not. Are they actually sitting down or standing up from their seat? In attempting to answer this question, the viewer is forced to closely focus and discern each detail of each person as they continuously do the same generic motion back and forth. This emphasis on such specific movements creates a space of uncertainty, but is primarily an examination of human behaviour isolated through repetition and a failure of narrative.

In the piece Interview, she compiles the short silent moments between speaking, in footage of Italian actress Anna Magnani doing an interview. By placing weight on the many brief moments of contemplation, instant emotional reactions, listening, breathing and any mannerism yielded in between dialogue, she romanticizes that which we cannot control and rarely notice in our own behavior. 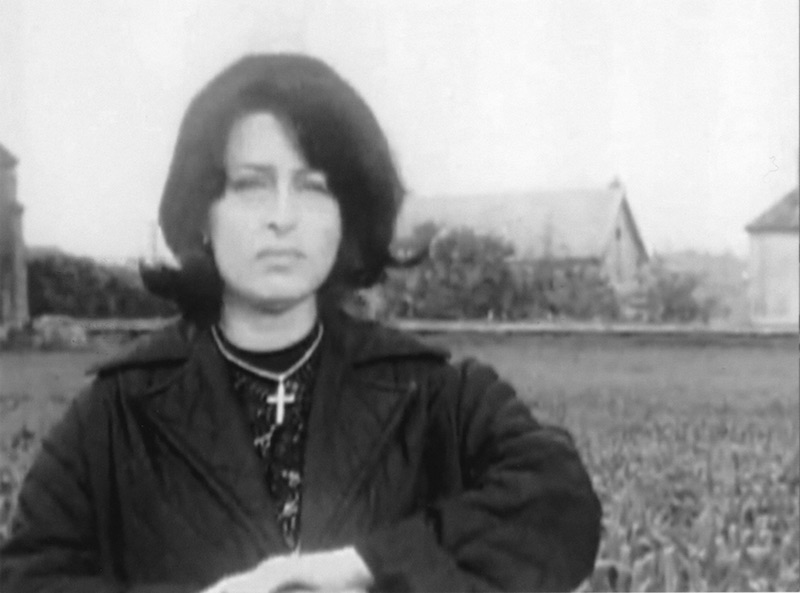 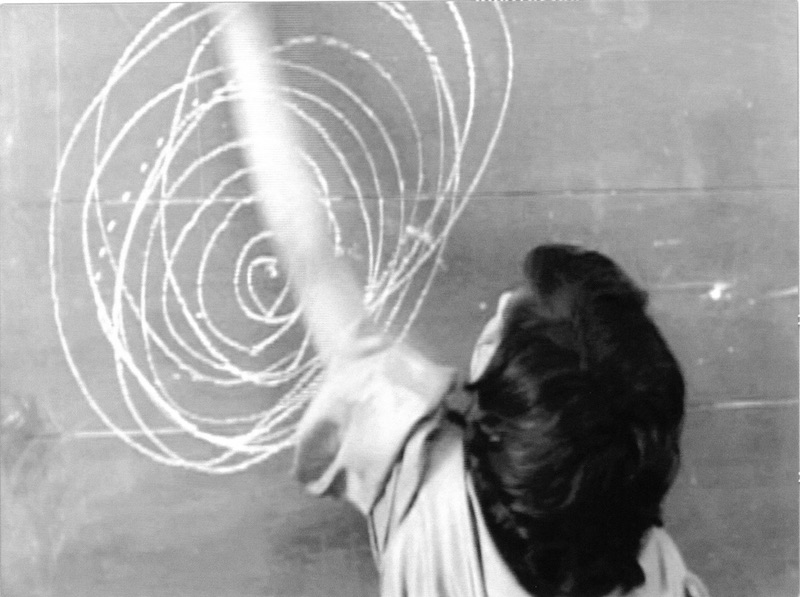 The viewer comes to realize through these drawn-out evaluations of the human condition, that each gesture has a unique specificity: the way people chooses to stand or sit in Too hot to fly, for example, varies with each subject. Untitled (Spiral) takes a scene from Truffaut’s The Wild Child, showing a boy drawing an endless spiral on a chalkboard. The longer spent being quasi-hypnotized by her moving images, the clearer Welitoff’s messages become to viewers. What appear to be technological glitches and faulty videography are, for her, a precise mechanism for exploring gesture and human experience.