This year SAVVY Contemporary has announced a programme of exhibitions, research projects, events and collaborations with partners like the research group ‘Hazardous Travels. Ghost Acres and the Global Waste Economy’ of the Rachel Carson Center, under the heading ‘The Invention of Science’. The programme’s title comes from a work by the Congolese philosopher, V. Y. Mudimbe, entitled The Invention of Africa: Gnosis, Philosophy and the Order of Knowledge. The invention of science and the “invention” of a place called “Africa” on a continent containing more than 50 countries and thousands of individual cultures have proceeded in tandem as colonial and neocolonial projects have attempted to both destroy and “create” forms of knowledge. This process has been characterised by a panoply of failures—from design and from ignorance—that have produced the centuries of cruel consequences with which the world attempts to reckon today. We spoke to the SAVVY Contemporary founder and artistic director Bonaventure Soh Bejeng Ndikung and artistic co-director Antonia Alampi about the philosophy and concerns of the forthcoming programme. 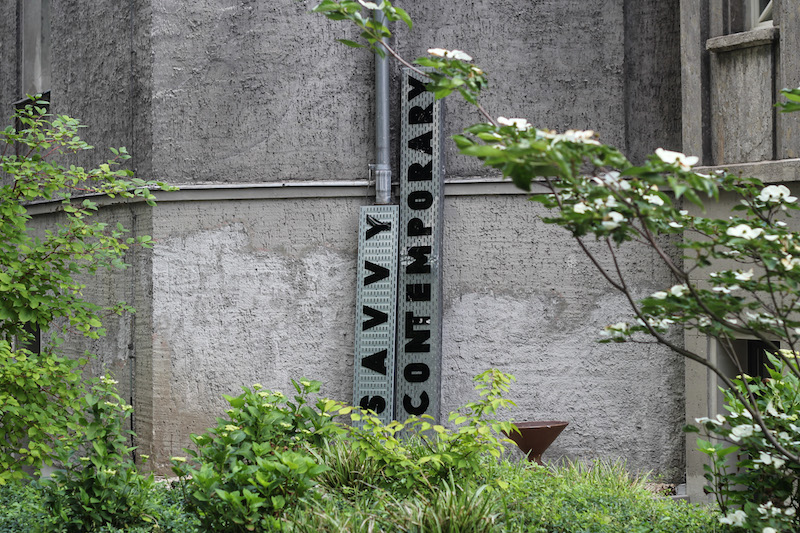 SAVVY outside // Courtesy of SAVVY Contemporary

Berlin Art Link: Given your own background as a scientist, Bonaventure, I wonder if you could speak about whether you found aspects of the scientific project as being inscribed with certain failings, be they moral, or methodological or simply failures of imagination? I’m wondering not just about overt examples of malicious science like the so-called “Tuskegee experiment”, in which healthy Black men were intentionally infected with syphilis by a government organisation cruelly named the U.S. Public Health Service (which also happened under a similar programme in Guatemala), but also more indirect examples of science failing humanity?

Bonaventure Soh Bejeng Ndikung: A lot of science is based on failure, on the concept of ‘you fail, you stand up, you fail again’, and in this sense a rule is right until it’s proven wrong. So, a lot of failure can be unintentional, while some of it is intentional. With this programme, running for over a year and a half to two years, we’re going to look at the history of science and at the way this history was written, in the sense that science claims itself to be a neutral entity but is instead part of a bigger programme or enterprise or project.

To come back to the question, it will be more about the ethical failures of science and the psychological ones, especially in relation to the people who had to deal with those failures. Being a scientist myself, I know how important failure is. One could look at it from a philosophical perspective and say there’s really nothing like failure: if it’s contained and programmed into the process, then it’s not failure. What does failure then mean? If something comes out of it, it’s a different direction that you can take. When you get into the laboratory and you work on something new, you fail, and you publish the results. The results of your “failure” then become something productive. The idea of trial and error is important: the error means you failed, but in trial and error, you might not get what you’re looking for, you might get something else. To centre back to the arts, for the past ten years we’ve been playing with the notion of failure. We’ve incorporated failure into our practice. Which is to say, to be able to stand up, you need to learn how to fall. If you’re standing upright, you know what it means to fall. You’re able to question your position and your uprightness. 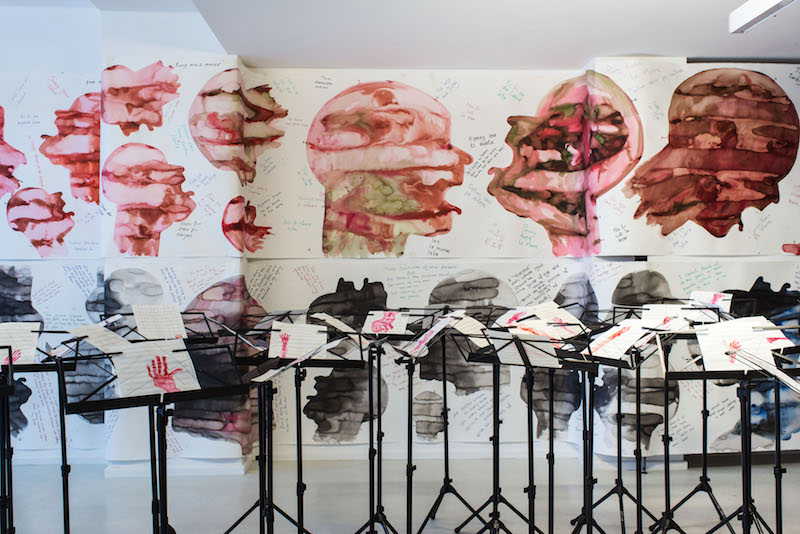 Barthélémy Toguo: ‘Genial Nigger’, 2018. Installation, commissioned for ‘We Have Delivered Ourself From The Tonal – Of, With, Toward, On Julius Eastman’ // Photo by Raisa Galofre, courtesy of SAVVY Contemporary

Antonia Alampi: If we think about the colonial enterprise or neocolonialism, the question is on which subjects, territories, places and nonhumans entities the possibility of failure was experimented. In short: who are the subjects of that experimentation? There are questionable notions and parameters to determine value that are important to consider here. Under the guises of the presumably neutral argumentation of science, racism and patriarchy have been legitimized, toxic waste and dirty industries generated in the west have been sent off to poorer countries, and other forms of knowledge erased and denied.

BAL: To speak about integrating notions of failure into a process, and, in doing so, negating it: could you perhaps discuss the ways in which art and artists can redirect or reframe questions to emphasise what is excluded from particular perspectives – either by accident or by design?

AA: Something we were discussing with architect Caroline Ektander, and the researchers from the Rachel Carson Centre (Simone Müller, Ayushi Dhawan, Maximilian Feichtner and Jonas Stuck) was why academic researchers were so interested in working with artists. What they mentioned is that one of the things that the realm of art enables is to keep visible and alive all of the contradictions inherent in many of their investigations, without having to draw ultimate and dogmatic conclusions. In this sense, art can create a productive space for the cohabitation of a multiplicity of world-views, versions, interpretations, perceptions that do not have to be resolved within one linear narrative. Additionally, there is also something very perceptual, sensual, physical and visual about the way in which the arts engage the audience with a topic. 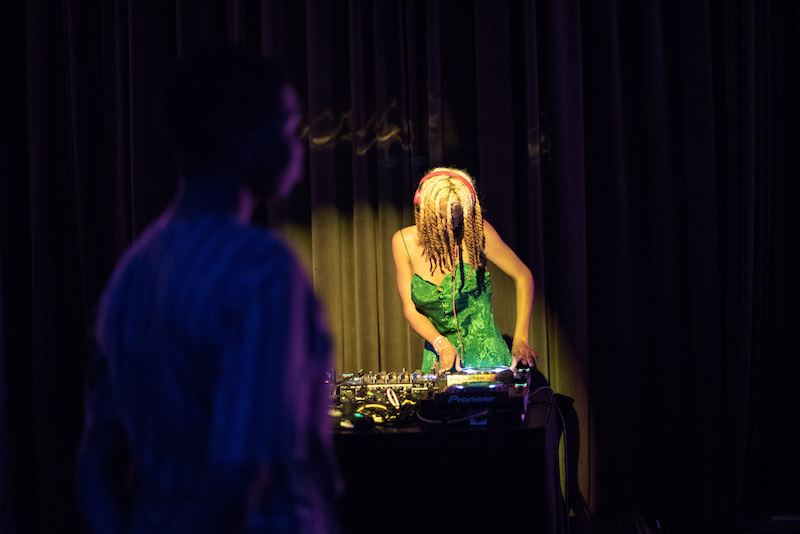 Juliana Huxtable, Performance during the ‘Invocations’ programme of ‘Ecologies of Darkness’, 2019 // Photo by Raisa Galofre, courtesy of SAVVY Contemporary 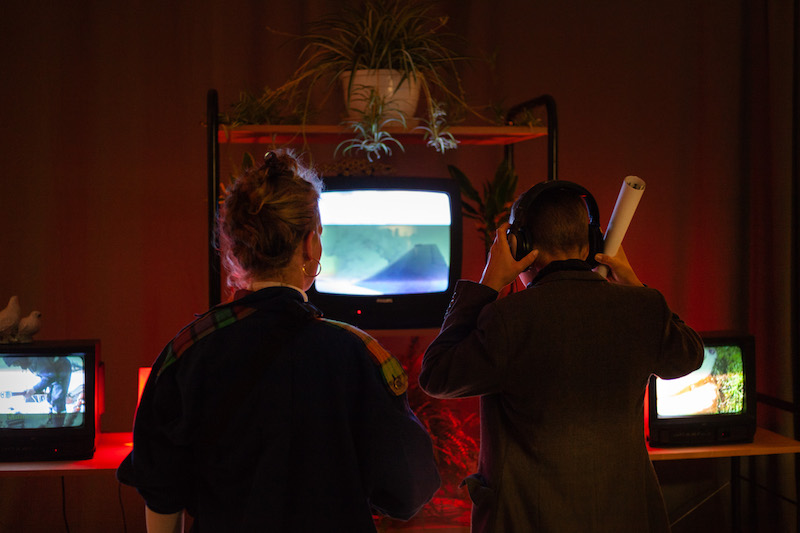 BAL: A question that seems increasingly important in relation to the way science and technology can create disasters or failures, from my perspective at least, is the rise of so-called big data and machine cognition/artificial intelligence, and the ways in which people are changing their behaviours and expectations to fit around technologies (often privately controlled). Do you see art as playing a role in revealing aspects of this form of scientific/technological problem, and perhaps finding ways of lifting societies out of it?

BSBN: I don’t think art does pull us out of it. I don’t even think it’s a role of art. An artist can choose to do that, but what artists do, in my opinion, relates to the possibility of creating awareness. I don’t think that art is there to pull you out. It engages your senses to make you aware: at least some good art can do that. I think what becomes even more interesting, at least within our programme, is to show that it is not just happening right now. To take the critical example of digital cultures, or something like biometrics, you see the way they are highly connected to sciences like anthropometry, and it becomes very interesting. Nothing new is really invented. The programme has a very long genealogy; it’s just implemented on another surface, like using another smartphone. 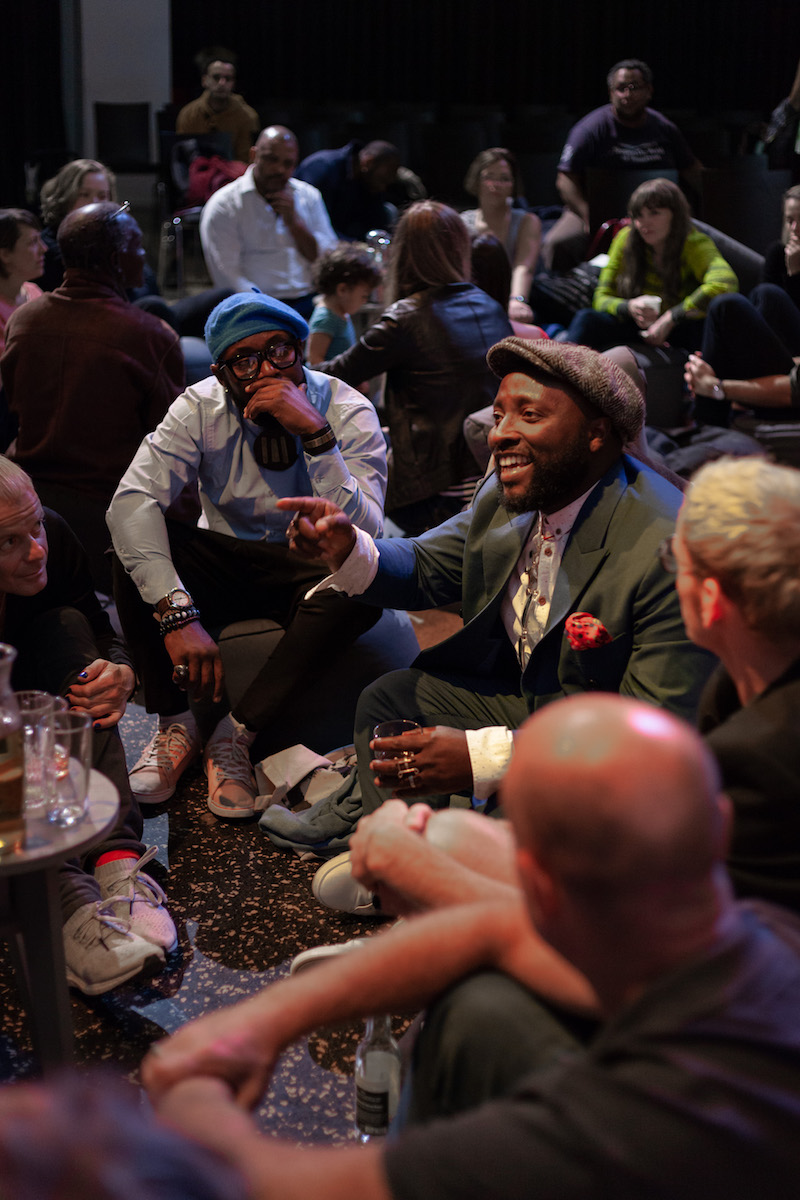 BAL: How do you feel art can create new forms of literacy and legibility? If art can make certain things visible that were not from other perspectives, can it also offer a way to develop forms of cultural competency to prevent the kind of social and cultural impasses, for example, that arise in appropriation debates?

BSBN: I was writing an article yesterday on photography, and what I was writing about was that despite living in the age of hyper-visibility, with incredible amounts of technology at our disposal, the paradox is that we’ve forgotten how to see, because of those devices, or despite them. A good photographer, an artist, makes you see, teaches you to see. You’re learning how to see because, at that moment, in what we might call the stream of consciousness, something is flowing and something is caught, and that thing that is caught reveals so much about what is around it. It’s that thing that you do not see; but the artist sees it, because they have the ability to see it. That is what I think art can do. It is really about finding that possibility of learning to situate yourself in the world.

In the (photography) text I wrote about proper literacy. There is a literacy that goes beyond letters. If you look at Kei Miller’s poem ‘The Cartographer Tries to Map a Way to Zion’, there’s a moment where the cartographer says something like: “my job is to make ways: but Rastafari says, ‘No, your job is to make visible those things that were not meant to be visible’.” So we are in the business of making visible, or making legible, but the question is how do you do that without making visible what was never meant to be visible? 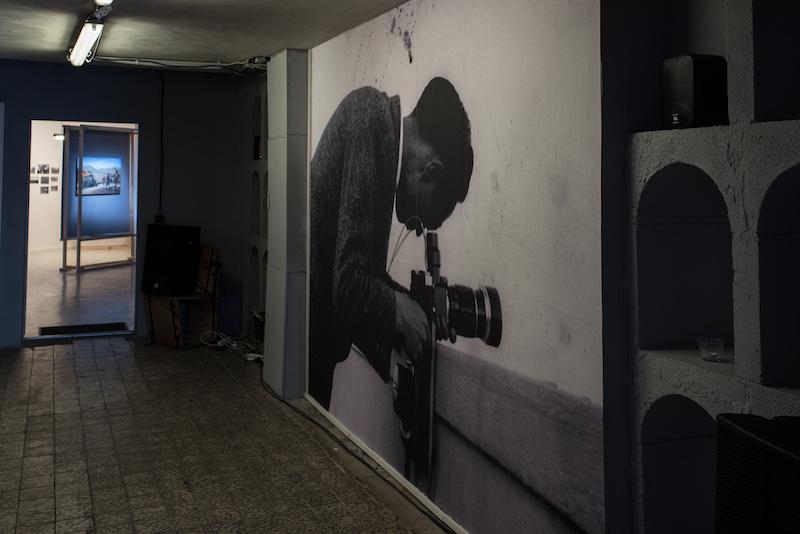