In Denmark, there is a special kind of spirit for sustainable living. Gleaming modern buildings play host to community housing initiatives; former fish processing warehouses are rehabilitated as HQ for architectural collectives; shipping containers are given new lives as quaint waterside cottages. Everywhere, broad, flat cycling paths dominate the landscape. Sustainability is a foremost concern of Danish design and, particularly in Copenhagen, the two work hand in glove. This was especially evident during the 2019 edition of ‘Housing the Human’, an annual adjunct symposium to the ten-day Copenhagen Architecture Festival (CAFx), which ran this year between April 4th to 14th. 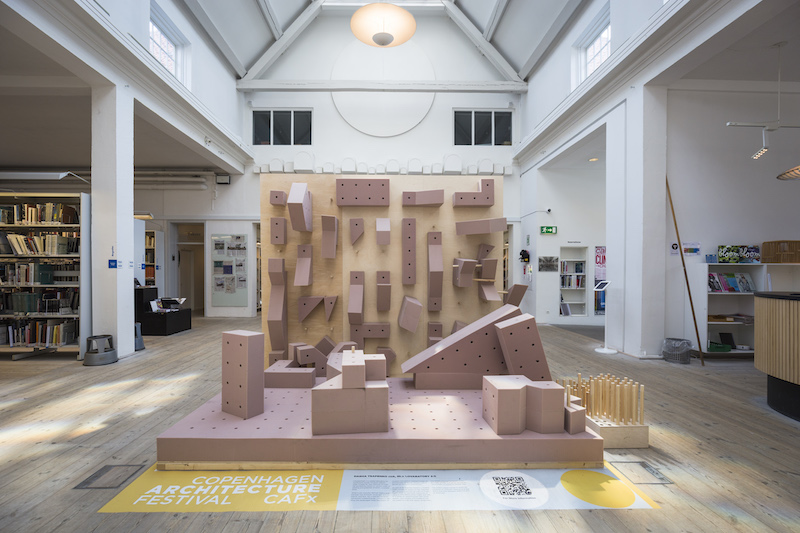 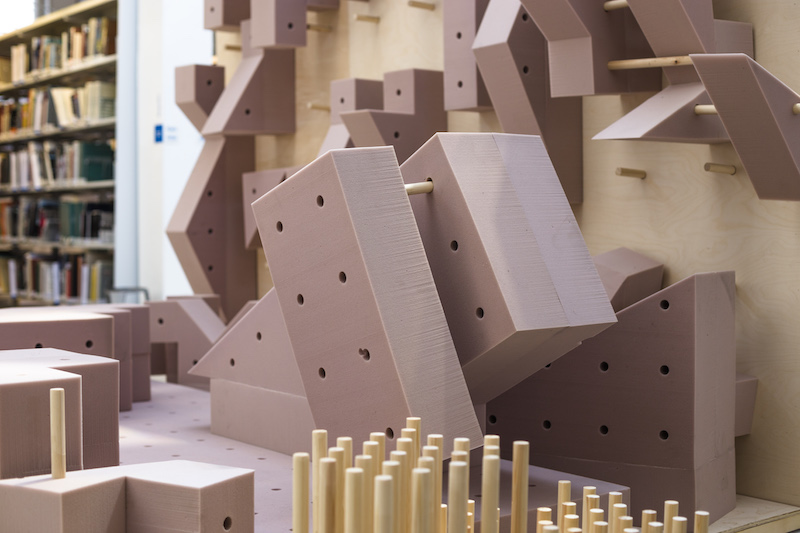 ‘Housing the Human’ is an interdisciplinary and international collaboration between several major institutions, including CAFx, the Forecast mentorship programme in Berlin, Demanio Marittimo Km-278 in Italy and the Istanbul Design Biennial. It works to draw together the titans of modern architecture and design to offer pertinent insight into progressive design practice. Conceived to provide a platform for innovative thinkers “to explore and test prototypes for a new social geography,” the design initiative this year placed great emphasis on communal spaces and shared resources, aiming to cultivate new visions for the future of human living through a merging of design and research practices. With an emphasis on experimentation, ‘Housing the Human’ encouraged its participants to consider what it means to dwell, asking first and foremost, “what is the future of on-demand living?”

Over the course of two days, a cohort of architects, designers, academics and industry experts presented and discussed five first-stage prototypes, constructed to address these questions around the fate of our collective futures. Among them was Dasha Tsapenko, whose project Lovaratory addresses the need for an evolution of the domestic landscape to suit the changeable nature of human relationships. Presented as an assortment of foam blocks variously joined to a freestanding wall via removable wooden pegs, Lovaratory is described by Tsapenko as a set of tools that can be adjusted according to the needs of individual users. Central to the project’s ethos is the notion that domestic spaces should be adaptable to the myriad possible human relations that exist outside of heteronormative family structures. 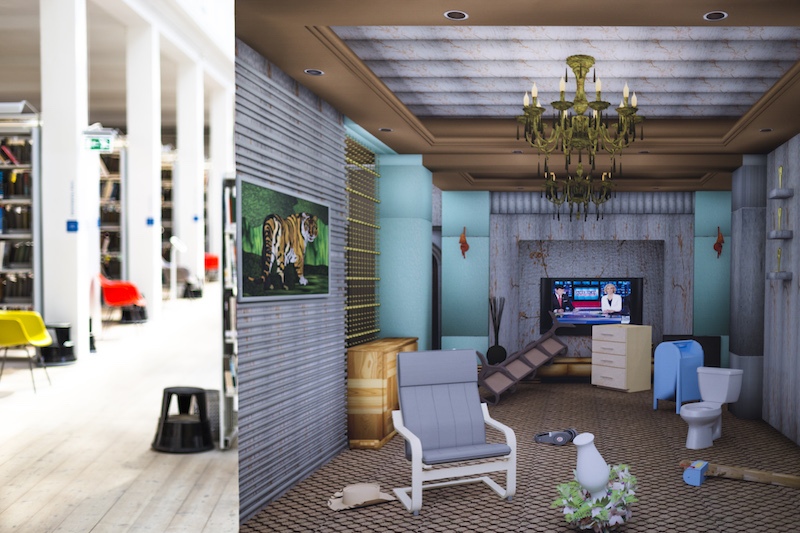 Simone C. Niquille’s project Regarding the Pain of SpotMini similarly deals with interior spaces. Taking Susan Sontag’s essay Regarding the Pain of Others as a starting point, Niquille’s project considers the process of training machines to recognise domestic interiors via image databanks of household objects. With this work, Niquille underscores some of the comical, and often absurd, side effects to versing AI in the human-made (see the anecdote in which the keyword search “chair” results in a toilet pictured gleaming in the centre of a living room). Yet the project ultimately acknowledges the ubiquitous phenomenon of human and machine co-dependence, examining how design standards are increasingly determined by the need to accommodate AI technologies.

One of the weekend’s most engaging prototypes was Mae-Ling Lokko’s Agrocologies, a project that aims to revitalise the culture of upcycling by reforming a general attitude to agro-waste byproducts – namely, their designation as “waste”. Focusing on the kitchen as the locus of energy production in the home, Lokko’s project integrates waste management strategies into rituals of domestic production and re-production, home-growing Styrofoam-light building materials from a composite of bio-waste and fungal mycelium. Things commonly understood as waste are effectively transformed into things of value, and the kitchen becomes a hotbed for independently produced infrastructures. Lokko calls for a built-for-purpose attitude to objects—as, of course, anything made from fungal matter is destined to live a short life—in order to philosophically challenge very Western habits of object ownership. 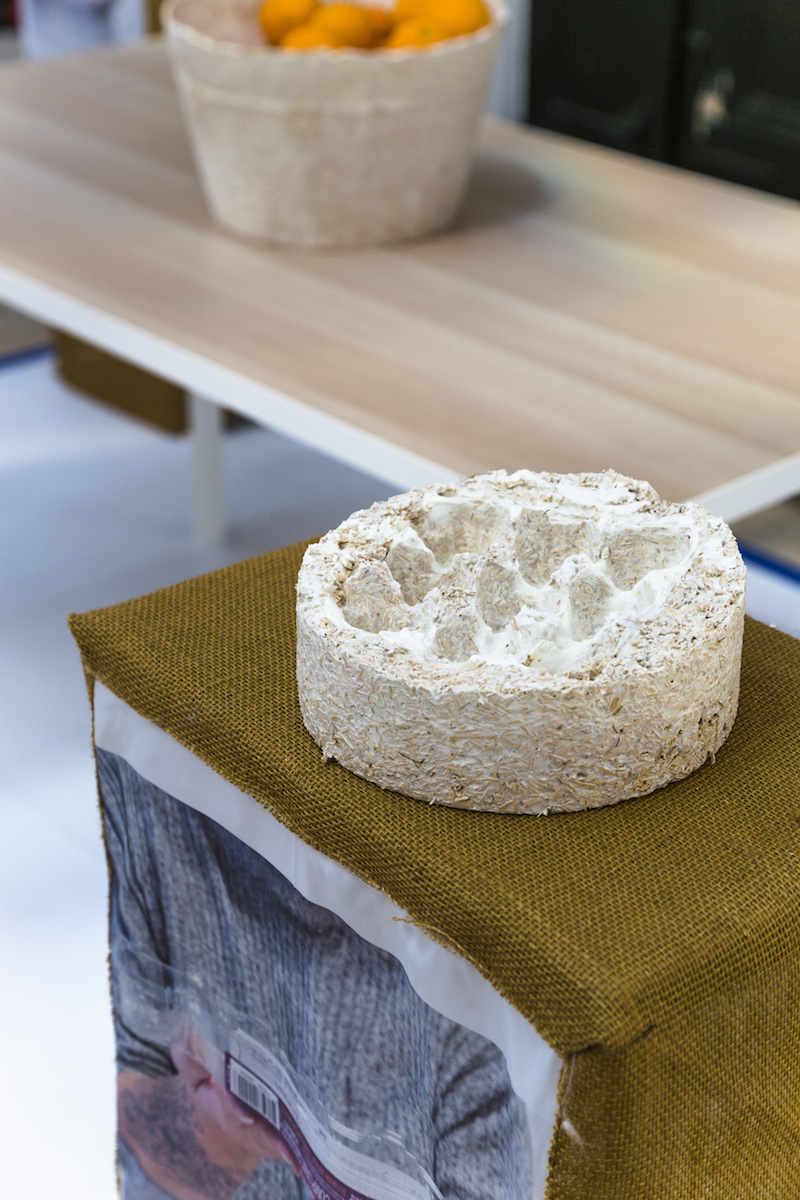 The two-day ‘Housing the Human’ symposium was supplemented by a cycling tour, hosted by Wonderful Copenhagen, to take in some of Copenhagen’s more modern architectural masterpieces. The tour began at the Danish Architecture Centre (DAC/BLOX) with the exhibition ‘Irreplaceable Landscapes’, an interactive display of Dorte Mandrup’s architectural feats, characteristically emulative of the austere landscapes they occupy. Mounted on sturdy Holland bikes, the group later migrated to the eponymous Tietgen student housing complex, a gargantuan tombak ring housing an average of 400 students at a time, and whose architectural principles are centred on the interplay between private space and community development. The tour continued on with a visit to the heights of the, as yet unfinished, Amager Bakke waste-to-energy plant—more commonly known as “Copenhill”, or Denmark’s artificial ski slope—finishing off at the waterfront site of the Urban Rigger container houses as well as the new location of Copenhagen’s gastronomic tour de force, Noma. Wonderful Copenhagen’s tour provided an interesting, if not unrealistic, contextualisation for ‘Housing the Human’, bridging even the most experimental of pilot projects with their real life counterparts. The tour demonstrated that the energy for ‘Housing the Human’ is very much alive in its host city, yet I was left wondering how these models of progressive design can be applied elsewhere, when costs and quality of living are often not quite so high.

Though ‘Housing the Human’ was very much a meeting of the minds, the success of the programme lies in its more elementary raison d’être. Its principles are centred on the realities of the human experience, which, in the current era, includes issues such as the privatisation of the home; the technological elimination of frictions in general day-to-day living and the homogenisation of taste; the proliferation of digital technologies in intimate spaces and the resultant economy of data collection; and, importantly, the effects of climate change and ecological concerns on both the individual and the collective. Even for someone like me, with a background in art history and almost no working knowledge of contemporary design, the two-day affair was very enlightening. Indeed, anyone can relate to the simple, yet timely question, “how will we live in the future?” and certainly everyone should have an interest in how the question can be answered. 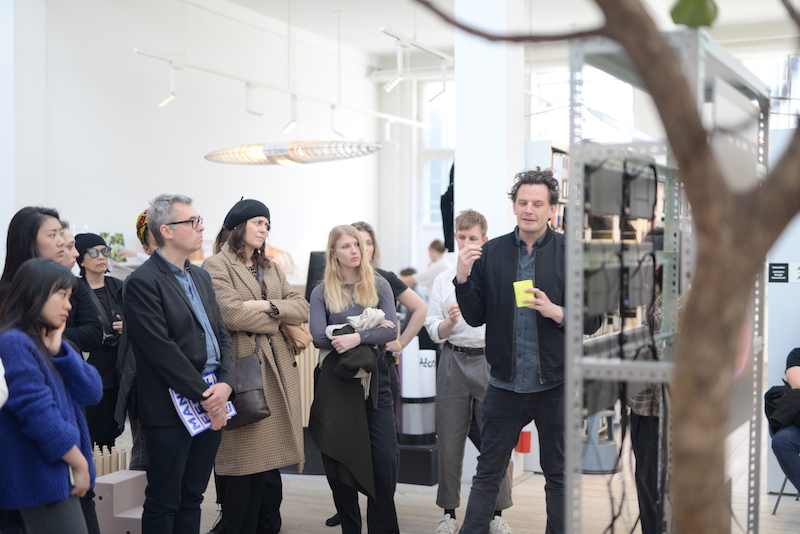 Certain Measures: ‘Home is Where the Droids Are’ (detail) 2019 // Image courtesy Daniel Lupascu, CAFx and Housing the Human 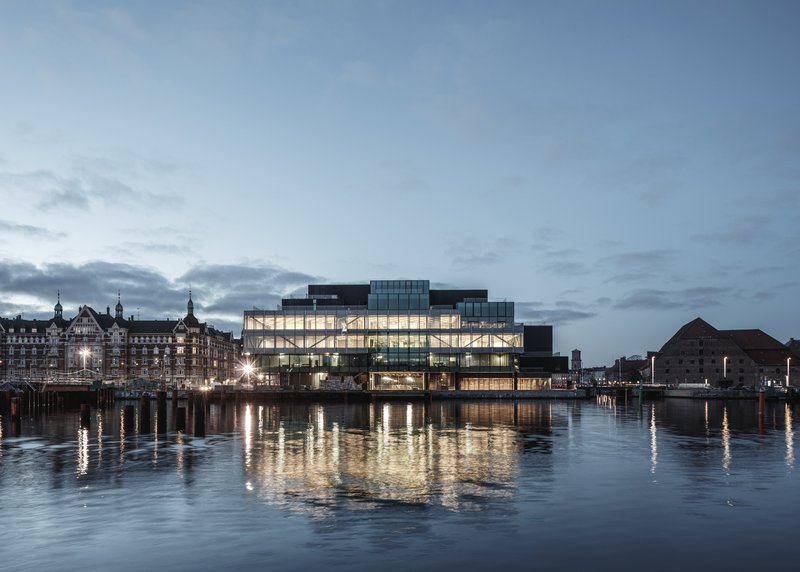