¥€$Si Perse is, in the words of its creators, “a fiction suit – a hyperstitional interface” that allows its wearers to enter into alternative narratives. This acts as both a point of departure from this world and a form of communication with it. ¥€$Si Perse was originally birthed from a text written in 2012. Titled ‘Altervirtual Manifesto’, the essay was signed by ResetCVLTure and outlined a call for digital suicide as a gesture “AFK” (away from keyboard) and into a present world positioning; where fantasy is as important as fact. Out of this came ¥€$Si Perse, a para-persona who was synthesized as a result of a collective interest in cyborg/otherkin characterization on the part of its founders. This ended up manifesting, formally and performatively, in an RPG (Role Play Game) character who inhabits the Avatar realm. ¥€$Si Perse could be seen as a radical mutant faerie lost in the neurodungeon set in a “€conomystical Cybermedieval scenery”, where elements of traditional science fiction collapse with Sword and Sorcery Fantasy. The result is an identity that is fluid, clonic and multiple: an indefinite avatar. 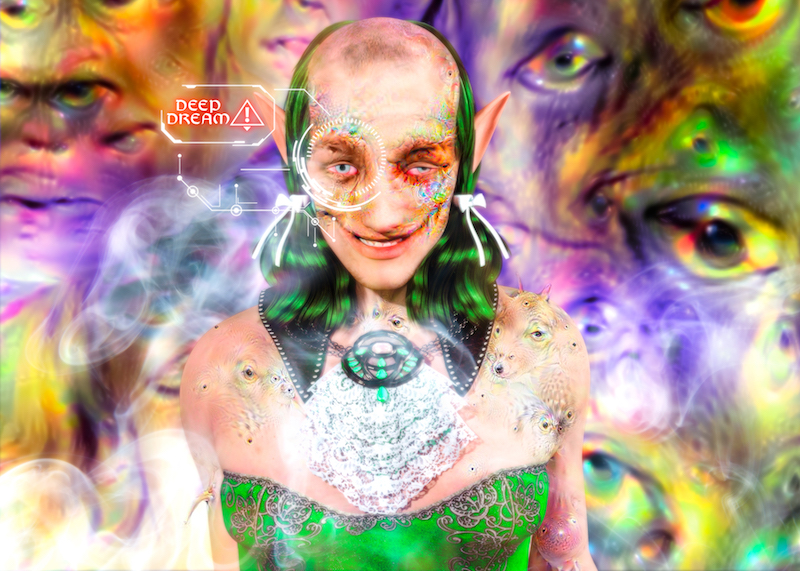 Penny Rafferty: ¥€$Si Perse mixes internet deep subcultures like Otherkin with Cyborgs and fetish wearables. Can you explain to me the concept behind the visual approach you take?

Our incarnation ¥€$Si is continuously under construction, as well as our own avatars, a kind of fictional Otherkin creature (somewhere between Xenomorph, Furry, Orc, Goblin, Elf, Fairy and Cyborg) focused on re-thinking the body and its mixed realities (biological, mechanical, effective and virtual) to reimagine the boundary between human and non-human. We also acknowledge the idea that concepts such as Body and Identity belong to the Fantasy Realm – Otherkin (“other kinds of”) as a post-human condition. What’s left of humanity when you are not human anymore? 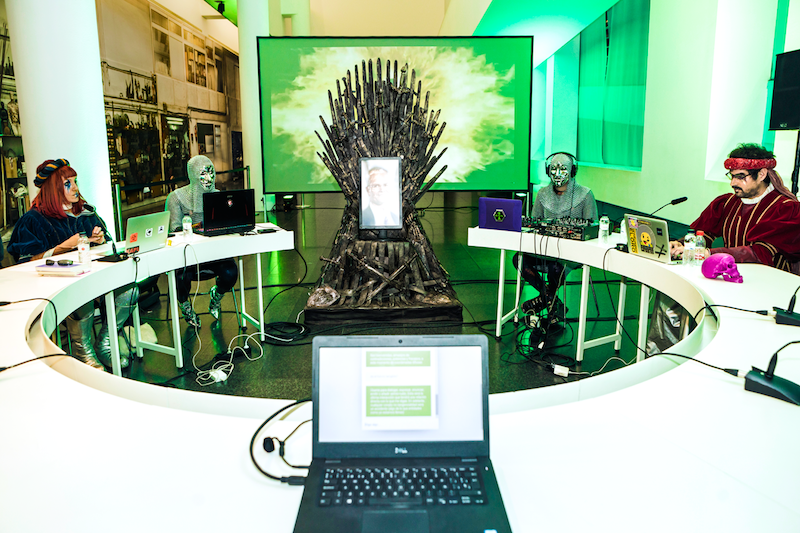 PR: How do you see identity today?

YP: A total fiction, identity is just a sum of presets (cultural replicators), not an inherent value: almost like a video game character creation menu in which you can just shape your own collective reality, because a thousand avatars inhabit a single user and a thousand users share the same singular avatar.

Fiction works are processes, performances and objects that render unrealities, which can be used as a method for understanding and approaching our contemporary historicity, revealing inherent fictions in things that we consider as completely true, real and natural. There is no such thing as individuality or subjectivity, they are just mental parasites, capitalist apparatuses for conquering imaginaries. We are all role players of memetic ideas (mimeme is Greek for: ¨to imitate¨).

Nowadays, hegemonic identity constructions based on historical and obsolete narratives (nation, religion, race, gender) fight to survive against the fragmentation and cultural contamination caused by the postmodern crisis in the performance of the self. Those monolithic identities are primitive fascist memes that can only be brought down by more powerful and virulent memes like XenoFeminism, a truly intersectional feminist update that accepts that women have been displaced as the unique-political-subject of feminism in favour of a collective multiplicity of identities that unite in the material. The prefix “xeno” suggests the strange to us, the foreign. 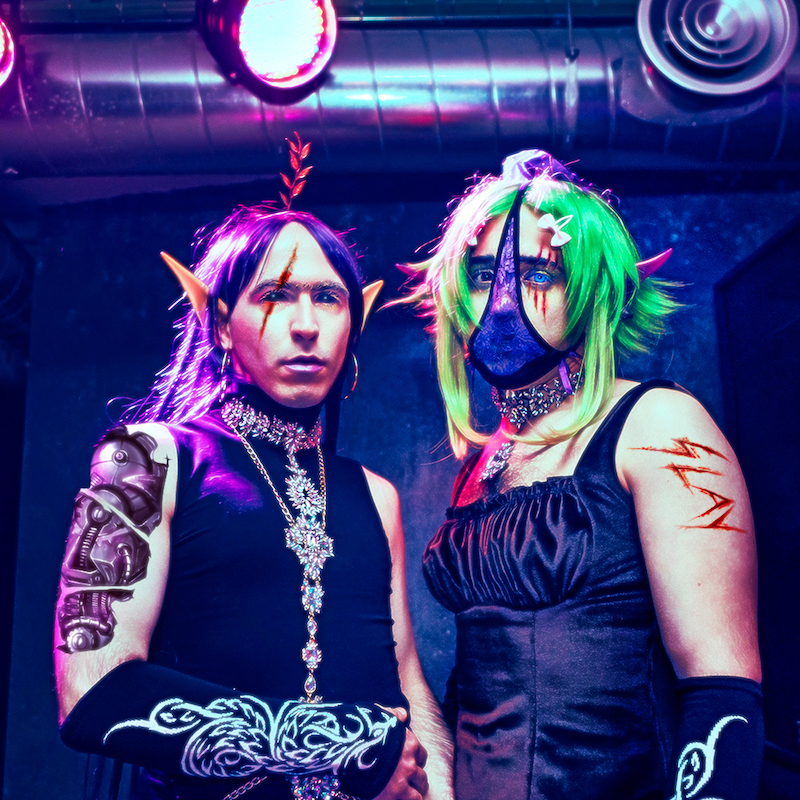 PR : So do you think role-playing could be a form of activism? If we intentionally adopt subversive identifying structures? Could this be a strategy?

YP: LARP (Live Action Role Play), Cosplay or Immersive Storytelling Games offer a way of inhabiting a fictional character’s inner processes and adopting its skin-deep aesthetic manifestations. By further interaction and the navigation through the character’s ethos, our personal inner behavioural patterns are gradually uncovered. This shifting from an individual to a collective scale reveals adopted ideological structures of society and has the potential to show us alternatives to how we live, enabling the experience of other ways of being.

What kind of empathetic encounter happen when those fictional identities are no longer just canonic human representations but also non-human agents: organic (animals, plants), inorganic (minerals), synthetic (objects, machines, software/apps), fantastic (mythological beings, gods, pop characters), conceptual (ideas, cultural theories, abstractions)? Does playing a tree echo new materialisms? Does playing an animal have a post-human vibe? Is the identification with a robot just a way of dealing with our cyborg condition? Is being a fairy or a unicorn radical queerness? What does incarnating an orc have to do with postcolonial sub-alternity? What does embodying a fertility pagan goddess mean for sex work abolition? Aren’t these questions a form of activism in themselves? 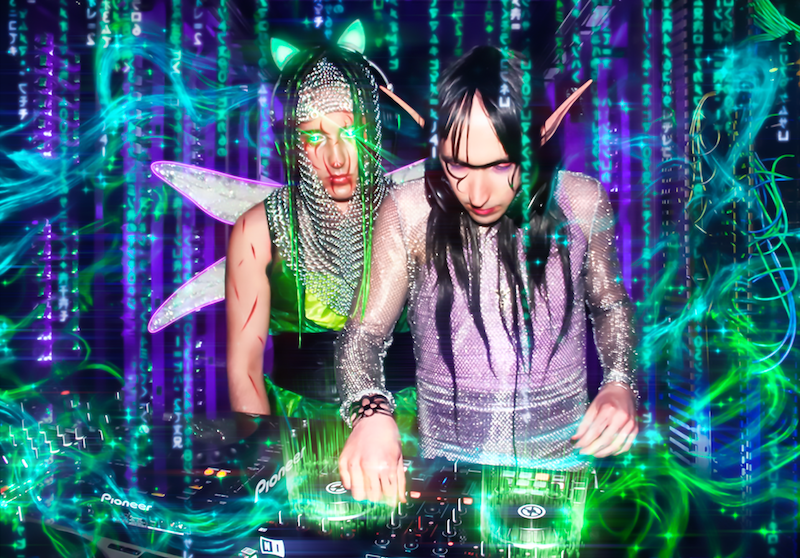 PR : Yes, I would say so, but I see activism coded in so many offsite spaces in society. Also in club culture, for example, where ¥€$Si Perse often finds themselves. What was it about club culture that drew you to work there?

YP: Clubbing is an umbrella term for a group of physical, mental and spiritual practices of the modern era, following the path of ancient rituals. Partying is a form of ritual (DJ = shaman, music = orations/mantras, booth = altar and visuals = visions). Interestingly, the term ritual is used in psychology to describe a repetitive behaviour, which is systematically used to block anxiety. Sounds like dancing Techno, Hardcore, Psy, DnB or whichever generic EDM, to us.

Most people are not willing to listen to unadulterated philosophical concepts, they are not open nor attracted to such ideas by default, so we convey these ideas as entertainment through club elements: DJ-Set as format, VJ projections and Club Kid aesthetics. The club as a far less aseptic mise-en-scène than art galleries. Both are hard-codified spaces and share the cognitive networking set-up, but they are formally antagonistic. The white cube versus the black box. While the bright, clean white space of a gallery provides cultural expressions with art auras and legitimisation; the dark, grimy and black box of the DJ booth provides immersion and records/reflects the cultural mood in a more visceral way (even though operating as a black box raises questions on openness and the lack of freedom, too). We play in the inter-zone between these two worlds, the art space shadows and the club strobe lights. Neither artists nor DJs, but both. Quantum pop.

PR: In relation to the therapeutic nature of such a space, I think today one of the only social places people omit using their phones is in clubs. Maybe also in spas. There is something interesting about this connection: they seem at odds to each other but I have always felt they do not negate each other as it is usually perceived by the user.

YP: The conception of the club as a space for the mental escape of bodies that are currently mediated by screens demands making it a screen-free-zone, a Faraday cage that avoids connection beyond physical (such as spas, meditation classes and religious temples). However, while this environment seems something to aim for, this utopian resting-area of virtuality remains a myth.

Our self-awareness as cyborgs with technologically-enhanced interaction abilities has changed our brain processes, our neural connections. The Network has impregnated everything beyond the digital. Networking is embedded in our Wetware. The “Work Hard, Party Harder!” mantra doesn’t fit a precarious society that has substituted the happening for the event and dissolves work and business into a 24/7 mindset. Where does cognitive labour end at this point? Not in the club 4sure. 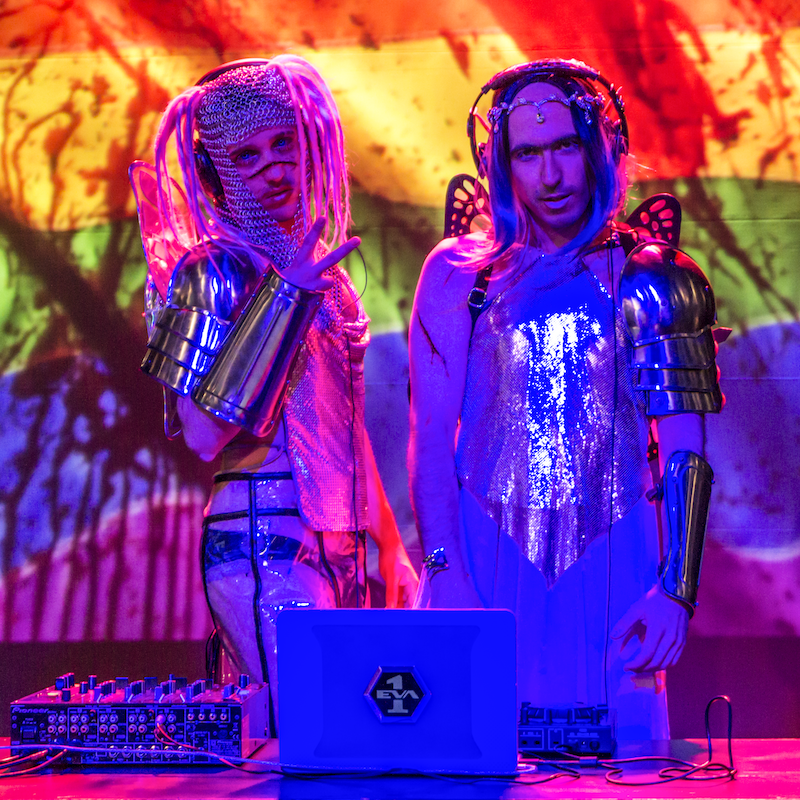 PR: How does IRL to URL space affect ¥€$Si Perse?

YP: Concerning the real-non-real dichotomy of the virtual, we prefer the unreal approximation (fantasy overdose). Since what is called IRL (In Real Life) is just an AFK (Away From Keyboards) gameplay experience of LIFE, in which every virtuality, even the least probable, will be eventually realized out of necessity, if played for a sufficiently long time.

PR: Can you tell me a bit more about the term €CONOM¥$TIC that comes up in your work?

Economystic refers to the current economic system based on faith in an abstraction like capital and the mystique of fiduciary value. The ecstatic state produced from the material dissolution of money and the virtualization of stock markets, the mental rapture experienced when moving from an open system, economy as household management (from Greek οίκος – “household” and νęμoμαι – “manage”), to a closed, cryptic and mystical system (from the Greek myein, “to lock up”). 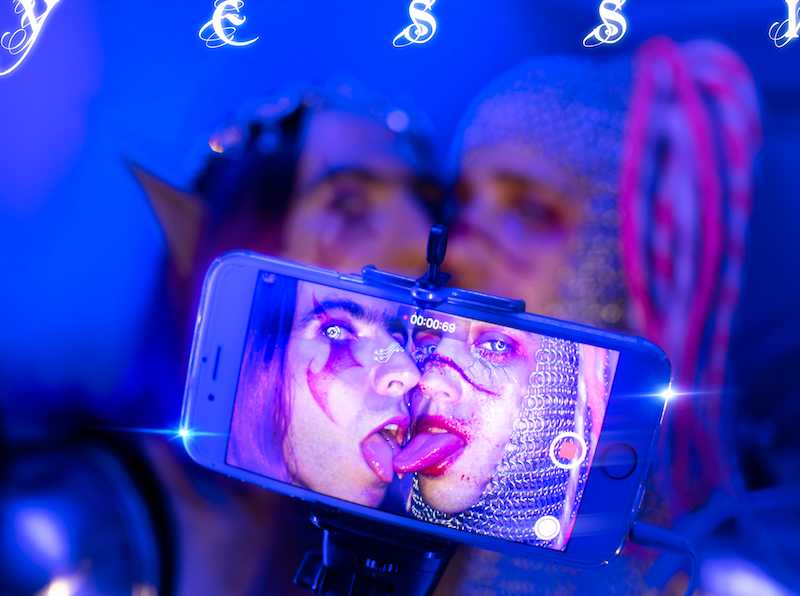 PR: Do you think the post-body site is still autonomous today?

YP: The post-body materialities and its identity prosthetics (social media) are part of the physical-digital environment of the NeuroDungeon, a totalitarian cyber-medieval hallucination chained to our brains, making us prisoners of ourselves, captives of our own body datafication (a mix of idolatry and textolatry).

The post-body user is a cognitive serf within a digital feudal ecosystem, producing content and providing data to tech platform overlords in exchange of virtual presence. In short, existence in the “like” economy.

Autonomy, then, is not the constitution of subjectivity in those psychopathic technoneural data fields but the self-organisation of cognitive work, the continuous fluctuation between identification / de-identification and the emergence of singular collective dynamic structures of interaction outside the matrix. Autonomy, therefore, remains as the possibility of changing focus, thinking alternate landscapes and opening new paths to the imagination. 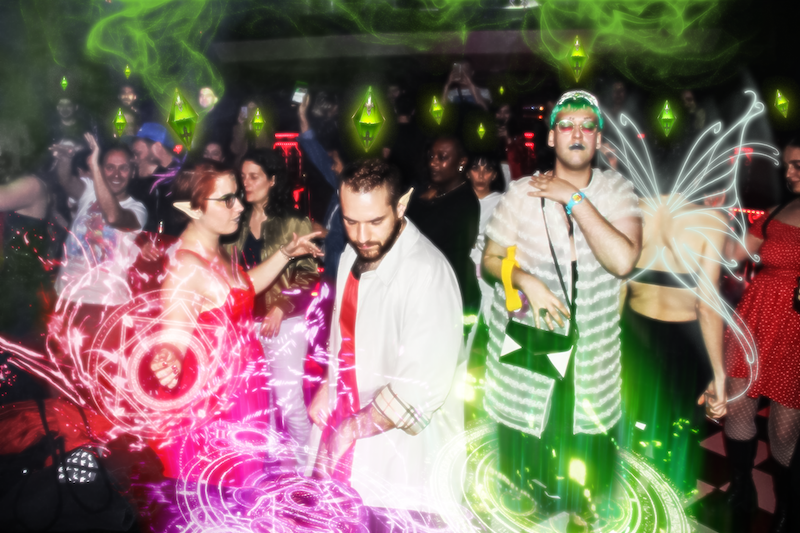