It starts off in low light. In almost total darkness, the dancers walk on stage. They stand motionlessly until the first beat of the music drops. Low beats, blue lights: the duo starts to turn, twist, jerk on the floor. Their bodies are constrained, they are torn. Hands and feet are clung together, dictating the way they move. It is a fight against an invisible force. One is already reaching towards the ceiling, the other takes longer, is still struggling. Finally freed, body movement is directed upwards. In spineless slow motion, they reach forward. Suddenly, one starts to run, stomping foot after foot into the ground, running in circles, accelerating in speed, before finding space close to the other again. 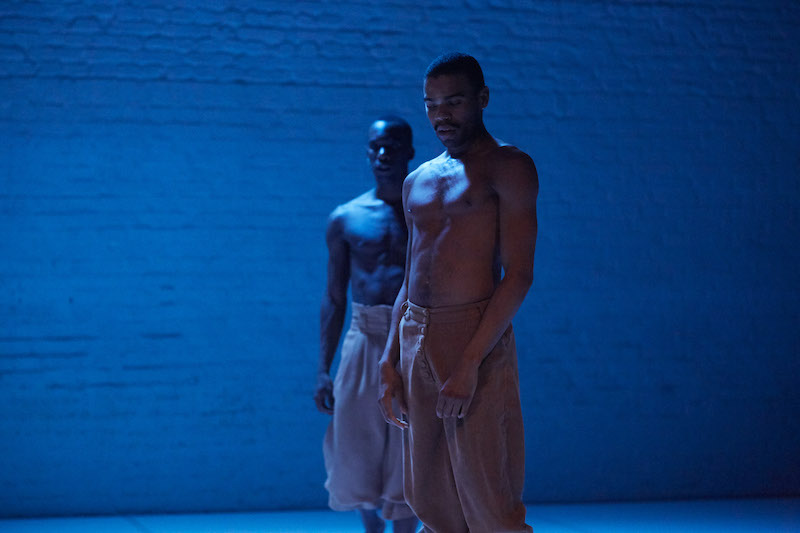 Watching Sedrig Verwoert and Christiaan De Donder perform their brainchild ‘They/Them’ at the hybrid space Traumabar und Kino last Friday left me captivated by the sheer force with which they perform. Through a mixture of styles in music, gestures and movements, ‘THEY/THEM’ is a social statement that convincingly manages to do three things all at once: it critiques systems of oppression, communicates personal yet shared experiences thereof and offers accounts of survival through connectivity. Their dance is a working–through. More than merely a demonstration of an individual and collective struggle, their choreography is a coming to terms with one’s own identity. While their experiences are singular, they are at the same time shared, having to grapple with racism, toxic masculinity and queer-phobia. 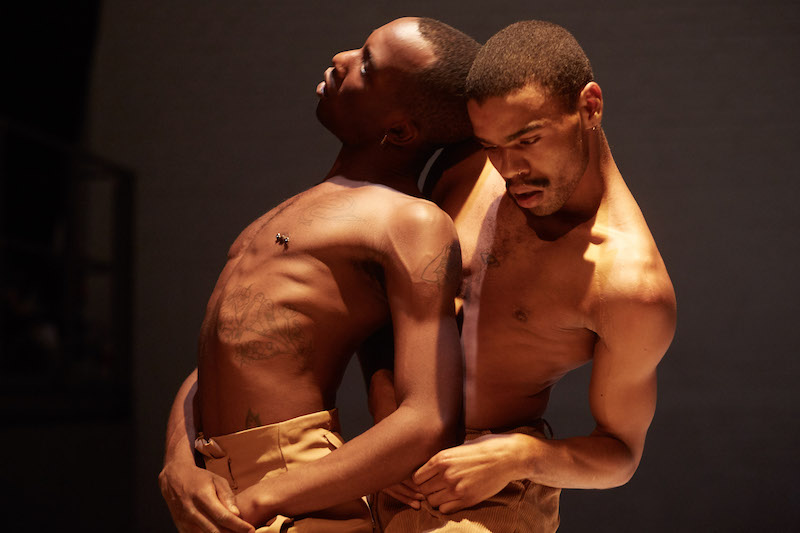 Those systems of oppression are barriers to shatter, to contrast with more ephemeral, less static positions. Fluidity, as a key term in this regard, finds expression throughout the entire choreography with its performers switching gracefully back and forth between stereotypical “male” and “female” dance moves. At times, it’s just a gesture, such as slightly lifting up the trousers in a similar way to how one would lift one’s dress. Deliberately soft, limp circular movements join side-to-side hip sways.

Witnessing their way of effortlessly coordinating their rhythmic movements makes it hard to believe the duo hasn’t always been that: two people training years side by side developing their physical language. Joint action defines “any form of social interaction whereby two or more individuals coordinate their actions in space and time to bring about a change in the environment.” Verwoert and De Donder’s dance is such a coordinated response: switching from dancing synchronously to dancing asynchronously. One dancer moving close to the floor, while the other stretches up. One pushing, the other one pulling. One falling, the other one catching. One trembling, the other one providing support. As a coordinated, joint act, ‘They/Them’ postulates emotional bonding as a groundbreaker in favour of societal change. 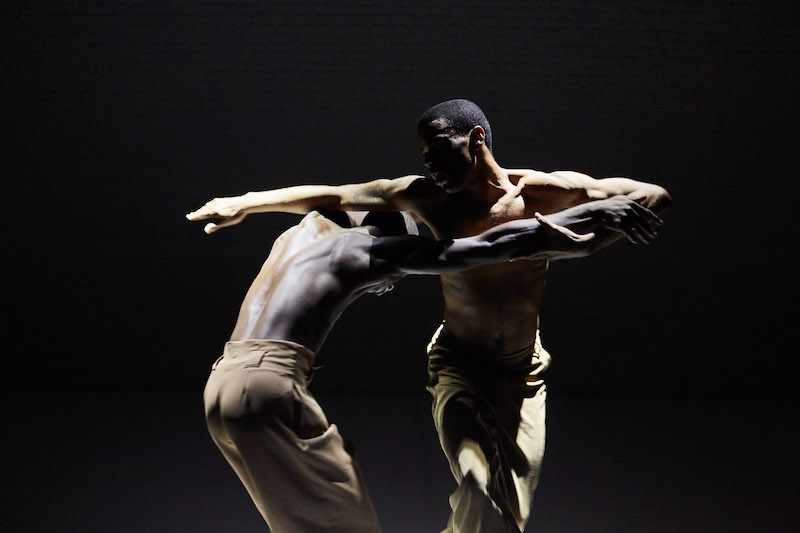 The title of the duo’s choreography entails this coupling – this relation between oneself and others. Further, they/them are pronouns used for people who identify as gender-neutral. Recognised as a grammatically correct singular pronoun, “they” verbalises here, as well as in the context of the performance, a dissatisfaction with those expressions that can only ever refer to one gender alone. These kinds of expressions are host to various stereotypes and restrictive notions dictating entire lives. As a gender-neutral, or gender-inclusive language, “they/them” belongs to a system that seeks to avoid bias towards a particular sex/social gender, through both insisting on the importance of naming and providing alternatives. 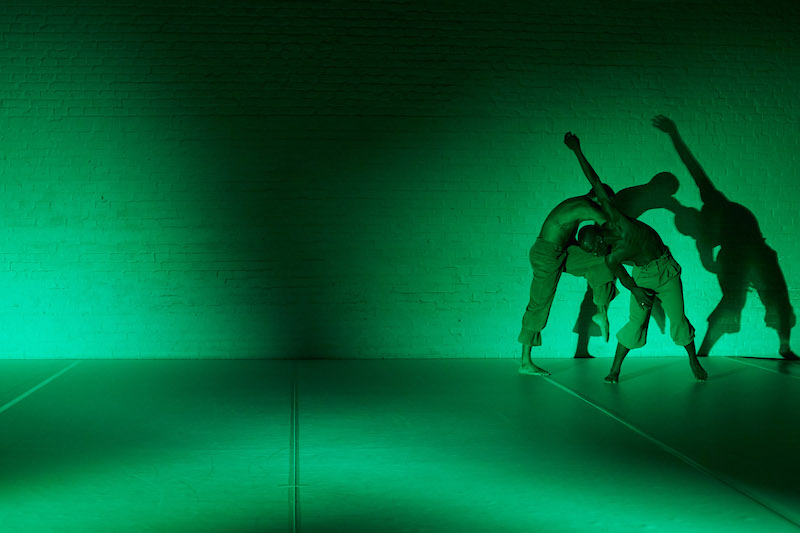 ‘They/Them’ takes its start in the singularity of “they”, negotiating the relation to oneself and one’s own identity. It goes on to fixate the relationship between the self and the other, the single and the multiple. It is here where it finds productivity for working through the pain that reductive identity-systems inflict on our bodies. From the basis of shared experiences, ‘They/Them’ postulates our desire to connect, investigates our ability to relate and puts all hope in the potentiality to act collectively.