In her first solo show in Germany, Spanish artist Cristina BanBan’s fleshy and ambitious series of paintings and drawings make “big” unapologetically beautiful. Depicting the inner lives of voluptuous women with penetrating insight and openness, BanBan’s paintings of the body—in particular, the female body—are narratives that are filled with intimacy and directness.

In the exhibition ‘I’ve got nothing to lose,’ currently on view at 68projects, BanBan produces paintings and sketches that are informed by her natural impulses and motivated by her desire to create art that can be easily understood. Her sources of inspiration begin with the everyday and the mundane; with the people and the society in which she lives.

Shifting her formal approach from a palette of light tones to strokes of bright color that draw the viewer’s attention, BanBan offers her own vivid take on figuration in her representations of confident female figures, lovers and friends. Influenced by anime drawing and expressionist aesthetics, in BanBan’s work, isolated parts of the human body—assertive eyes, massive hands, sizeable feet and subtle nods of the head—are conveyers of the emotions the artist observes in others, and those she herself experiences.

The resulting exhibition showcases the work of an artist who states that her objective is to distort and exaggerate specific parts of the body to express emotion. In ‘At the studio,’ a reclining woman dressed in white crocs and shorts sits on a plush red chair above the tools of her craft—a disorderly collection of brushes and paints—as she decidedly returns the viewer’s gaze. Lifting up her blue bra with enormous fingers, she reveals a dark orangey-pink nipple. 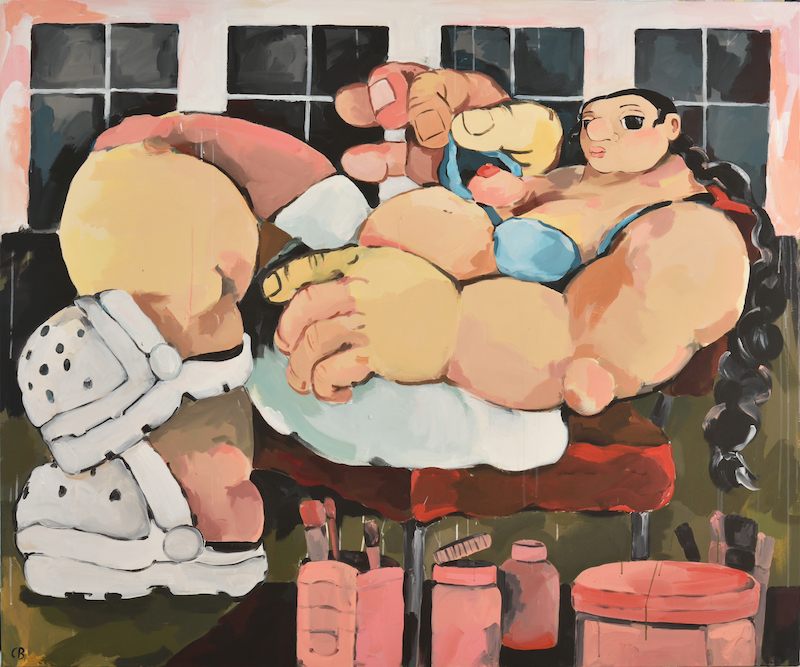 In the nearby works ‘Devotion’ and ‘As I set myself free,’ BanBan contributes large-scale canvases that construct relationships between figures through exaggerated shifts of hierarchy and perspective. ‘Your eyes on me’ and ‘When I’m with him’ probe sensuality and sexuality as a way to explore relationships from an exclusively female perspective. ‘Lovers’ employs a combination of both strategies. In each, the female figure is not merely a body without a persona, instead she appears unmistakably alive, confident and serene.

BanBan’s distinctive portrayal of the female form, along with the range of positions offered in the exhibition regarding the nature of the female gaze, challenges the notion of what is conventional in figurative representation. BanBan’s joyous works, with their bold palette, scale and directness, look beyond the male gaze in an exhibition that presents varying female characters with renewed humor, vivacity and honesty. 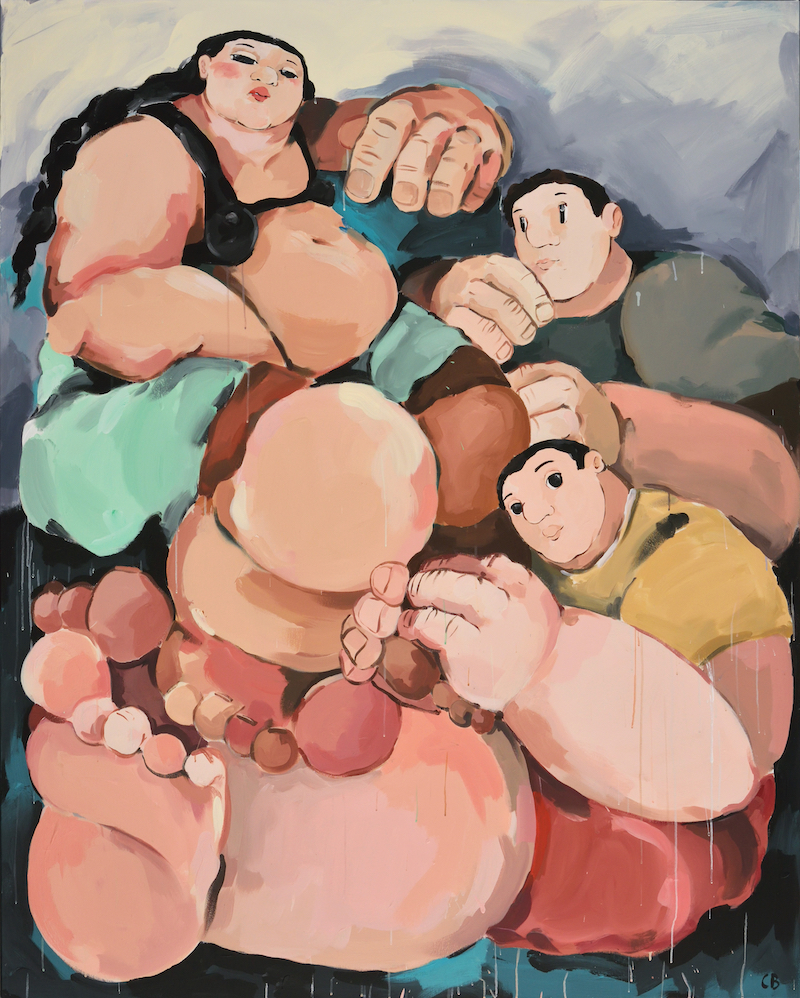