In the former Zenger electric building, a 1930s industrial monument with a neoclassical façade situated in Prague’s historic center, Kunsthalle Praha is currently being developed as a space for Czech and international modern and contemporary art. Commenting on the facility’s new role in the city, curator Christelle Havranek says that its mission is to work collaboratively, to partner with other cultural institutions and to think globally by presenting visual artists from diverse backgrounds. Although it is privately funded, she sees the Kunsthalle as a source of public education, a symbol of the best art practices and a space in which a national narrative of Czech art can be presented in relation to what is happening in the world. 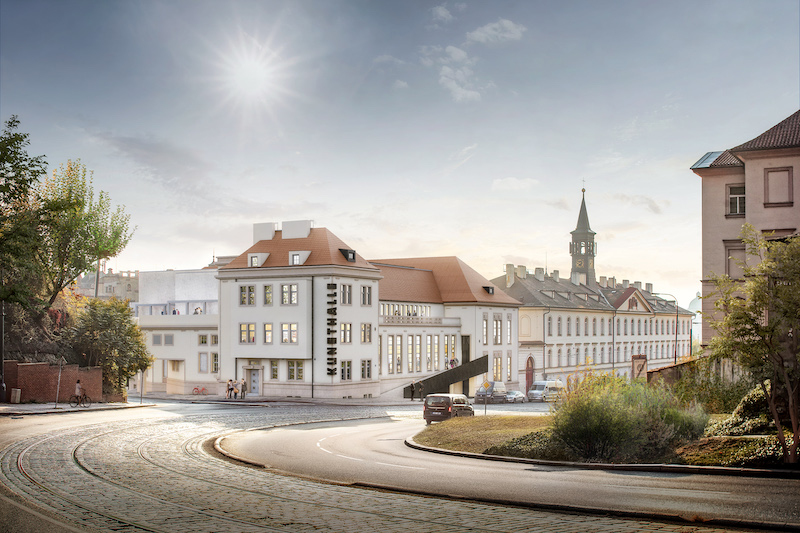 Before the opening of its own building in 2021, on Sunday, June 16th, Kunsthalle Praha partnered with the National Theatre for its first major show, ‘Living Kunsthalle,’ an event conceived to bring attention to the city’s newest center for leisure, culture and the arts. Taking visitors on a visual and acoustic journey through the New Stage of the National Theatre’s green marble interior, an iconic Brutalist building, the show encouraged unexpected encounters, celebrated experimental expression and was inspired by music and its visual representation. The night was a fluid affair, an artistic laboratory of works strongly rooted in music and sound, that featured six performances by international and Czech artists in every corner of the theater’s space. 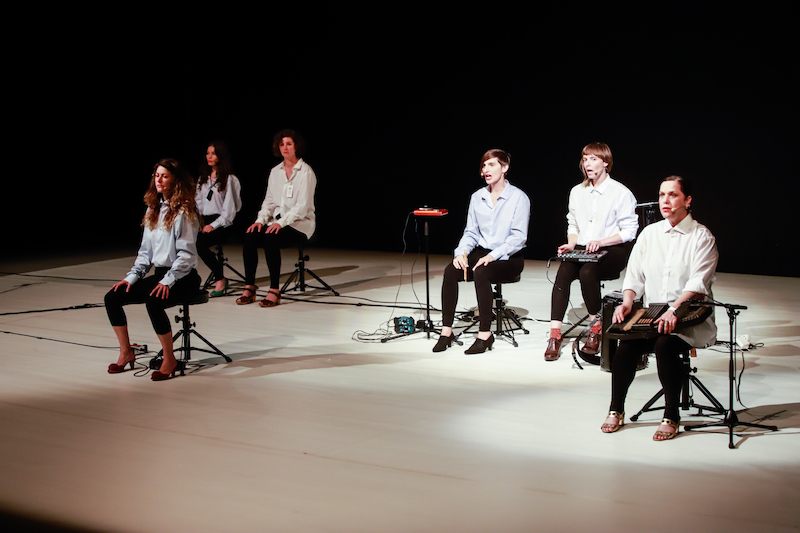 Few of the night’s performances could match the sound and scope of Lithuanian artist Lina Lapelytė’s ‘Candy Shop—The Circus,’ a performance-opera named after 50 Cent’s famous rap hit ‘Candy Shop,’ in which seven female performers, a female drummer, a men’s choir and a marching band (many of whom are untrained and native to Prague) presented a collective meditation on pop culture, beauty and nostalgia. Accompanied by hip-hop texts, electronics and video, Lapelytė reuses and appropriates rap songs into lullabies, turning a female gaze on the dominantly male face of rap music – a genre whose history and development is itself a response to asymmetrical power structures – while exploring issues of power, gender stereotypes and otherness. The result was an inspired and humorous act of “singing” that both celebrated and subverted hip-hop lyrics (“I’ll take you to the candy shop / I’ll let you lick this lollipop”) by reworking the machoism embedded in hip-hop into something inspired by slowness, subtlety and togetherness.

Among the artists representing the Czech Republic at ‘Living Kunsthalle,’ Adéla Součková’s live drawing ‘Landing,’ a new work the artist plans to develop into a larger project, combined video projection, music and voice in an intimate performance inspired by prehistoric cave painting. Součková’s practice is based on communicating ancestral rituals and symbols to our present moment. The nonlinear narrative of ‘Landing,’ the artist’s first performance in a theater setting, unfolded against a backdrop of footage shot from inside and outside an airport. The development of the piece, which the artist describes as an “opera about plane travel,” coincides with feelings of alienation that lead to moments of meditation. According to Součková, Kunsthalle Praha will be the first major private art institution in the city, a pioneering museum that she anticipates will promote diversity in the arts, create new and different potentials, start a critical dialogue with the public, produce opportunities for young artists (‘Landing’ was a newly commissioned work by the institution) and ultimately, “liberate the arts”. 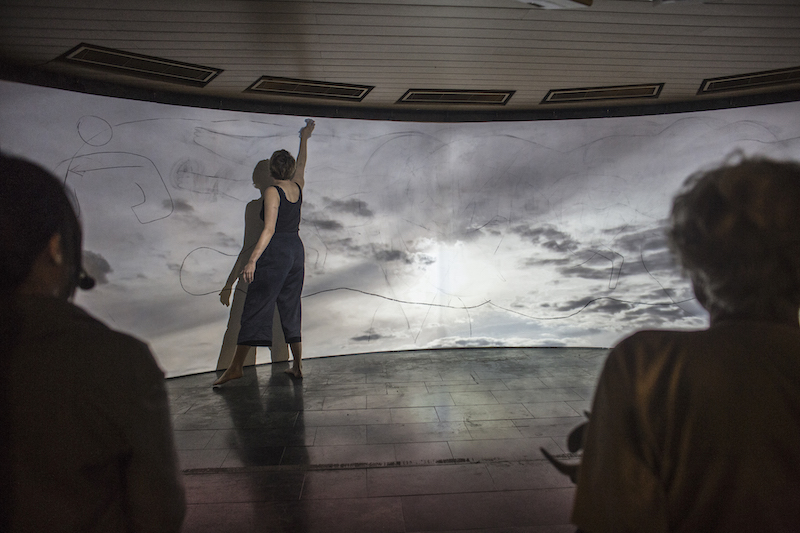 Reflected in the performances at ‘Living Kunsthalle,’ Kunsthalle Praha is a gesture for the future; it is meant to turn the city’s vibrant but isolated art scene, in which public institutions have traditionally been the stars, into a destination for the broadest possible audience, fostering a critical and dynamic dialogue about art and the future of society with exhibitions by internationally acclaimed artists who, in the words of Havranek, are “building bridges between communities, disciplines and time”.

To read more about the ‘Living Kunsthalle’, click here.