The music you listen to when you’re around 13, I’ve heard it said, is wired in your brain in a way that no other music will ever be. For me, that means Avril Lavigne, Sum 41, Blink 182, P.O.D., System of a Down and Good Charlotte. Needless to say, there is a lot of embarrassment about the music people listen to at that age, and it can take time to retrieve that sense of purpose and pleasure out of the mire of teenage trauma. If shame around that period of life is ripe for unpacking, so too is the music industry itself: emotional manipulation, objectification and elitism in the extreme are topics we learn about as we age and grow cynical about the pop we “used to” love. But the blissful, bottom-of-your-heart feeling of those teenage times is erased, thrown out with the bathwater; we “get over it”. Not so for Melanie Jame Wolf.

One of the things Wolf and I discussed, as we sat in the beautifully ruinous courtyard outside a dance studio in Wedding, was how you feel when you see teenagers on the street. They are living the dream, the moment music is made for. Do you whisper, “never stop believing!” or “it’s all a huge lie”? In her work ‘TONIGHT’, Wolf inhabits the tension between these poles, empowering us to distill the passion and emotion available in pop music into a sense of possibility, while also deconstructing the mechanism of it. Affect, that is, and how it plays into Wolf’s twin practices of performance and video.

‘TONIGHT’, a contemporary performance work that premieres at Sophiensaele on June 27th, and ‘Oh Yeah Tonight’, a 4-channel video installation that was commissioned for The National 2019: New Australian Art biennial, are sisters. Both play with frequently used words from the lyrics of pop songs, inhabiting the poetic space of the construct “tonight”. With a deep love for pop music and a desire to be fully earnest, Wolf encourages the audience to leave their cynicism at the door, saying that irony impedes responsibility: a dangerous behavior to be unlearned at a time of rising populism. 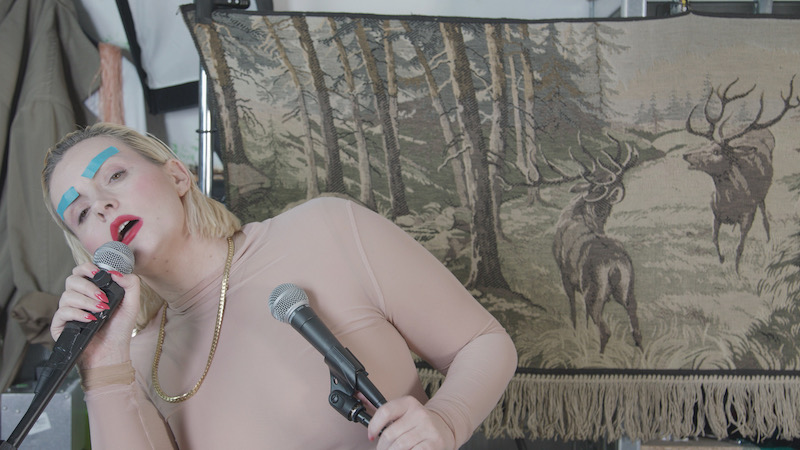 Louise Trueheart: Can you tell us about the word “tonight”?

Melanie Jame Wolf: It has this amazing poetic potency. It brings on a sense of promise, a complication of temporality, a sense of possibility, like “tonight’s the night”, “forever’s gonna start tonight”. It’s charged with this idea of something in your life radically transforming due to some encounter in the “tonight” space, this poetic future space. It’s this idea that “tonight” something radical can change, be it a romantic event or, you know, the revolution you’ve been working towards in your free time. It’s a very romantic idea. It’s the idea of poetics operating from deep within popular culture. It functions in pop music in a way that I think is complicated because it is both powerful and sophisticated while, simultaneously, it cynically repackages our vulnerable desires back to us.

MJW: Yeah, I do feel seduced by the romantic promise of “tonight”, especially in moments when I have been particularly desiring of an event or a person. When I’m in that flow space of wanting someone or something, these promising “tonight” narratives are accelerated and amplified via pop music. Part of the magic of “tonight” as a pop construct is its engagement with the classical Greek idea of Kairos: the magic moment. We know that most nights, “tonight” isn’t gonna happen. But it could. It’s a tension built on our desire for hope. The beauty of this tension—its erotics, its poetics—is held in the fact that “it” doesn’t happen every time, and this is why I talk about the pop “tonight” space as an act of cultural edging.

LT: Is there a particular night where you felt like Kairos did happen?

MJW: I mean, yeah, it does happen. Of course, it happens. Circling back to edging, the reason why it works as a sexual practice is that you already know what coming feels like, you know? It’s not this promise of something that’s never been experienced. It’s taking your time to arrive at a place that’s deeply and yet catastrophically pleasurable. It’s an intensification through delayed gratification. But when the promise of “tonight” is being made to you through pop music when you’re 8 or whatever, you don’t necessarily know what this endpoint or this destination, this promised romantic/erotic destination, means. It’s a strange mediation of a prefiguring of desire. As a kid, I was involved in a very deep, rich fantasy life. Every night after school I would go up to my room and listen to pop music and act out music videos and act out concerts and get deeply involved in these narratives that I would also draw and write about. So this “tonight” idea for me has always been a score to my best cinematic self. As an adult, I’m interested in deconstructing this phenomenon while also holding on to its value and not denying the pleasure of it. The un-guilty pleasure of pop. 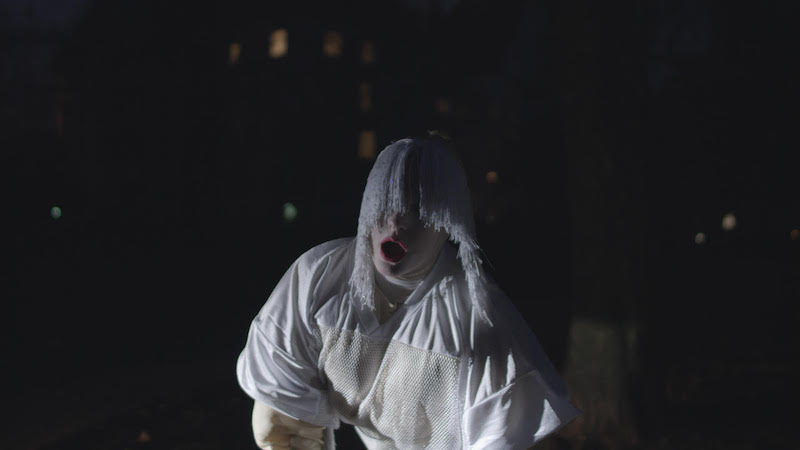 LT: In the text for the work you also talk about queer becoming and the radical potential of “tonight”.

MJW: I have become very cautious of talking about questions of queerness when I’m doing interviews to promote work, because there is this disingenuous aspect, for me at least. I feel quite cynical about how things are marketed and how certain intersections or concepts like ‘queer’ or ‘feminist’ get co-opted by the market. I wanted to make a work about poetics. We’re in an age of populism, and so where do pop culture and pop music sit within that? Where do pop aesthetics sit within that? Irony is not enough in this post-post-modern moment. I want to return to talking about something that is earnest and also not related necessarily to a very specific gender inquiry, which my past work has foregrounded. 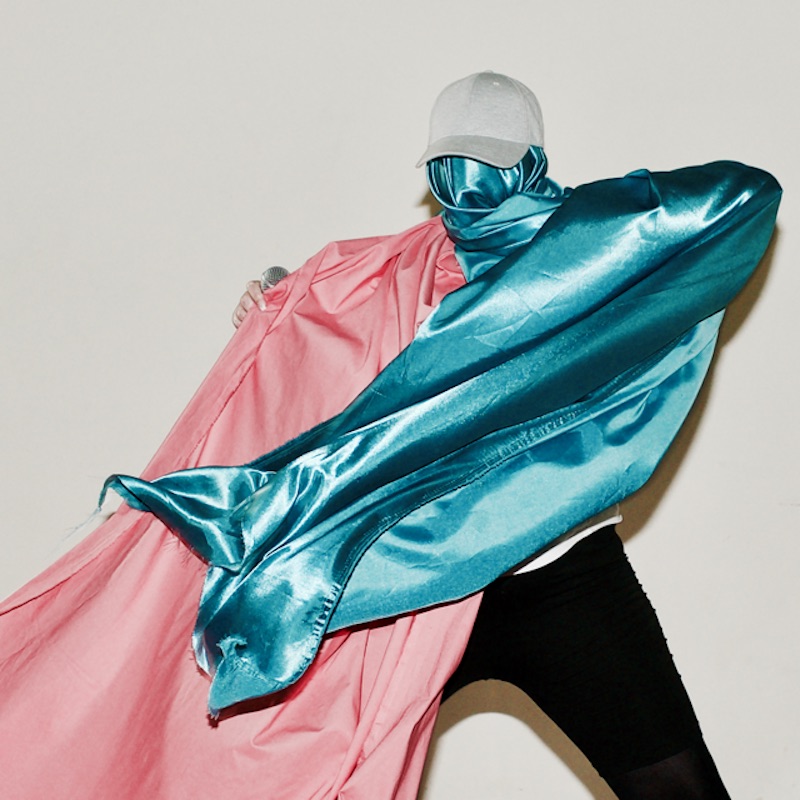 LT: I wonder if performance has the potential to educate. What’s the experience you’d like to convey to your audience, without naming any particular place you’re coming from?

MJW: That brings me back to the question of irony not being enough, particularly in contemporary visual art. There is this edge-lording that’s going on. Flirting with reactionary or even blatantly fascist politics but then completely evading responsibility by claiming irony. It’s a duplicitous position. And I think too many things are far too risky for far too many people in very real terms in real life. I also think that if there’s a takeaway from ‘TONIGHT’, in particular, then it’s a permission to feel, to care. I’m interested in work that’s affective. How can I thicken pop aesthetics, allowing us to see through the emotional manipulation of the pop culture industry while reserving its modes of affective production for us to look at and experience in a different way? Feelings are cool. Didactic works are boring.

LT: Since when have you been interested in affective work?

MJW: Through this process of making ‘TONIGHT’ I’ve been thinking a lot about what performance is, and what I consider performance to be, and how I’ve arrived at those ideas. A lot comes down to the fact that I was a stripper for eight years, and there’s a very sophisticated, specific, necessary sink-or-swim, on-the-job training that you undergo in that work, whether you know it or not, in dealing with affect in a room, 360 degrees, all the time. This kind of modulation of affect between yourself and one individual, between yourself and a room, between yourself and music, understanding yourself as an image, understanding this aperture of affect as something that you can modulate, it’s true invisible labor. 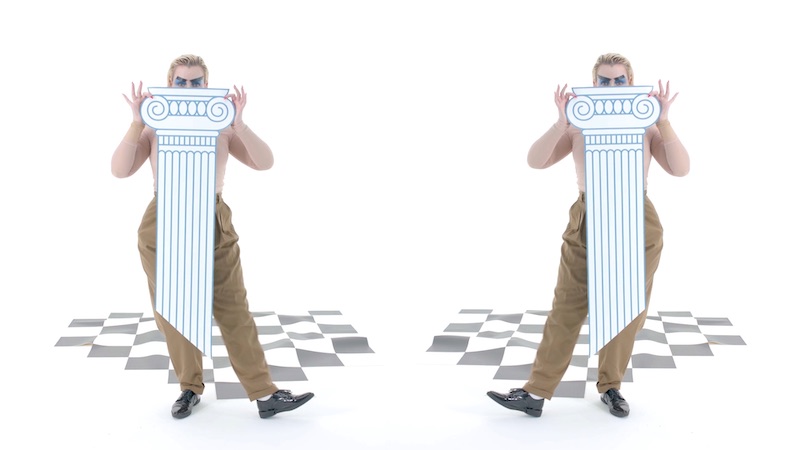 LT: Do you identify as an auto-didact?

MJW: Yeah, I guess so. But I haven’t really considered that word before as a label of any importance for what I am and do. I think that I have had to be resourceful in getting knowledge in a way that is very much related to class and gender. I didn’t go to art school or train in performance. I did a BA in Humanities that took many years while I was kicking around living, then ended up stripping, then still wanted to make work, make art. So I found myself piecing together information and skills, and slowly coming around to appreciating the skillset that I had developed through dancing. I also did a lot of difficult learning in public, which is what I think a lot of formative art making boils down to. And, in terms of the video work I’ve been making, whenever I need knowledge I just piece it together. I’ve felt like the possibility of being an artist had been so delayed for me, for various reasons to do with my background, such as how women are raised in working-class families, generationally, living in complete disbelief that it was a possibility and having no resources, but feeling utterly determined to do it. My desire to make work is so strong that I’m prepared to really push to make it happen.

But I think I’m wary of the term auto-didact because I’ve had such fortunate encounters with, and generous support from, various kinds of informal mentors. It’s been a real organic collision between people, in my experience, rather than a strategic seeking-out. And that collision can also happen with works of art themselves: sudden leaps of formal or conceptual understanding via haptic collision with a really intelligent piece.

MJW: I wanted to add that if I learned about modulating affect though stripping, then I learned about how to push affect through a camera lens and a screen by watching music videos. That particular pop cultural mode is so imprinted in my body. It’s a source of knowledge and technique. Affect is transmitted very differently in the two mediums, but the two mediums are the basis of my practice. 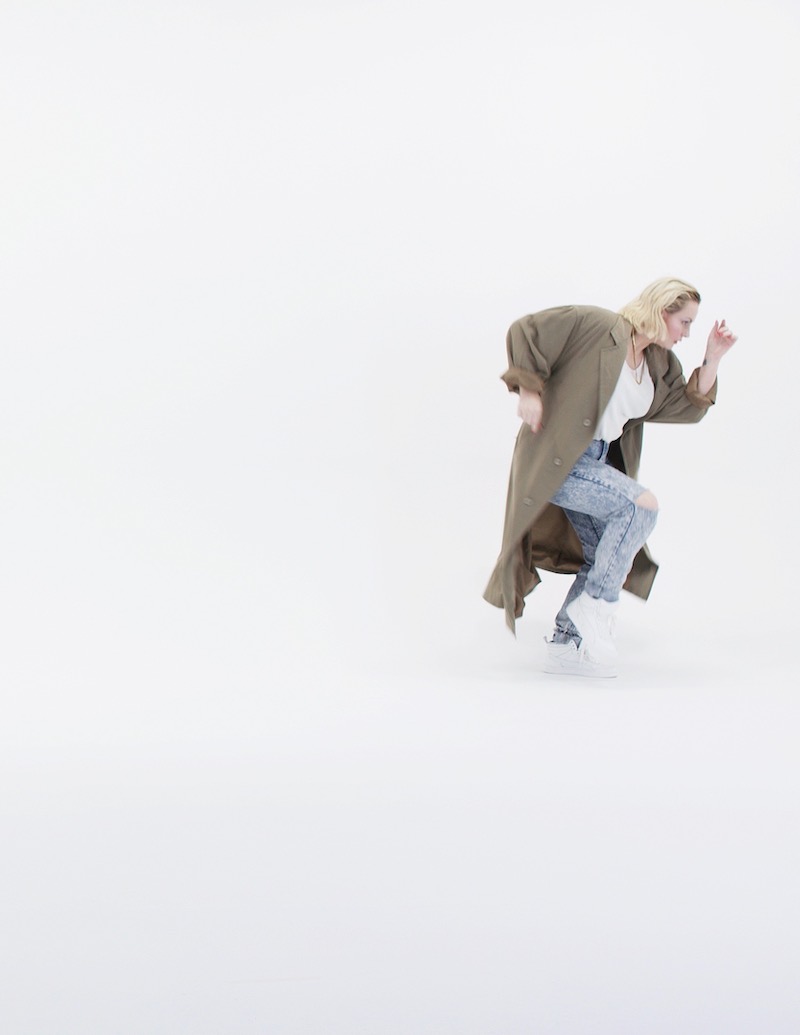