A defunct power plant in East Germany is set to re-open in September as E-Werk Luckenwalde, a contemporary art centre with exhibition space as well as affordable artist studios and accommodation. The Luckenwalde coal plant in Luckenwalde, Brandenburg opened in 1913 but was shut down shortly after the fall of the Berlin Wall. After years of inactivity, it was bought in 2017 by non-profit art collective Performance Electrics, whose intention is to power it using renewable energy methods.

The re-opening of the power plant symbolises a cultural revival in Brandenburg, with E-Werk aiming to be at the forefront of it all. Although this will be the first contemporary art institute in Brandenburg, Luckenwalde is actually home to over 150 buildings that are listed as having special significance, including the 1928 Hans Hertlein Bauhaus Stadtbad and the world famous 1921 Erich Mendelsohn Hat Factory. With the help of former employees of the power station as well as the city’s politicians, E-Werk and its owner Performance Electric hope to promote shared opportunity by hosting ambitious exhibitions and providing a space for both established and emergent practices. 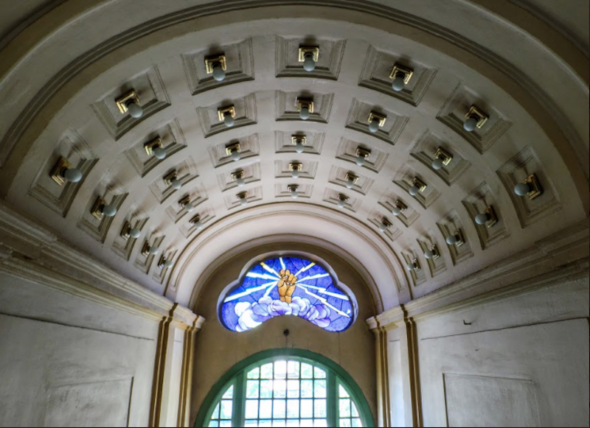 The building itself is listed as one of exceptional interest and spans across four floors and 10,000 square meters. The art deco entrance hall features a stained glass window depicting a fist out of which energy bolts are emitted—a symbolic reflection of E-Werk’s objective to create renewable energy through art. Whilst the first floor will house the arts centre, including the Turbine Hall and three multipurpose exhibition spaces, it will also be the main site for energy and artistic production, featuring several fully equipped work spaces, including metal and wood workshops. The third and top floor will then be designated as affordable artist studios. Though its official opening isn’t until September, E-Werk is already housing a number of artists including a painter, filmmaker, drawer, sculptor and choreographer.

Under the supervision of Pablo Wendel, founder of Performance Electrics, the transformation of E-Werk is the collective’s largest project to date. The former plant will now be powered using the much more sustainable practice of Kunstrom, a portmanteau of the German words for “art” and “electricity”: the production of electricity through artworks and/or artistic practices. One of the most notable examples is 2013 project ‘Twenty-Four/Seven,’ which provided energy around the clock. Kinetic energy was harvested from the clock hand of St. Konrad Church in Stuttgart and then transferred to the nearby Performance Electrics headquarters, eventually making its way to the national grid. The piece brings to attention the vast number of already established infrastructures which could multiple their uses by providing Kunstrom. 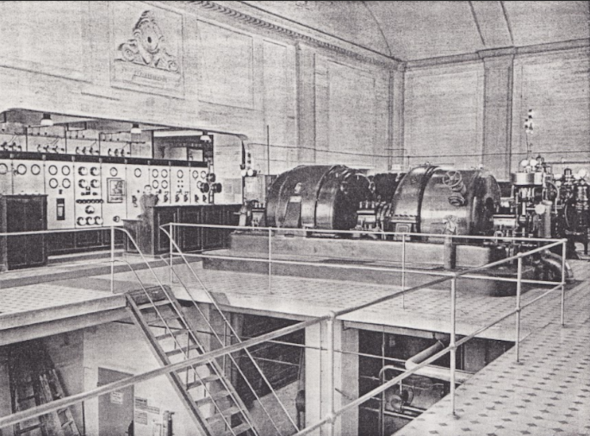 The opening of E-Werk Luckenwalde will take place during Berlin Art Week with POWER NIGHT, a launch event curated by the female collective Block Universe. POWER NIGHT will take place in the expansive building itself as well as the neighbouring Bauhaus-era public swimming pool and the programme boasts an impressive selection of performance, dance, music, contemporary art and architectural pieces. It also alludes to future events and exhibitions hosted at E-Werk, with a focus on energy, autonomy and production. 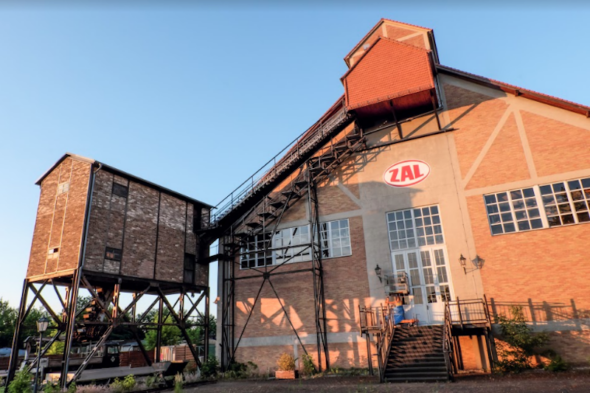