Stine Marie Jacobsen is a conceptual artist whose practice considers political realities and maps how people and cultures understand ethics around the world. Unafraid to discuss sensitive topics, in ‘Direct Approach,’ a project she began in 2012, Jacobsen works with violence as a theme, inviting people to have conversations about violent scenes in popular films. Often operating in war and conflict zones, she asks people to describe the most violent scene they have ever watched, allowing participants to become interpreters of violence in film. Using neutral language, Jacobsen indirectly probes questions about ethics, taboos and the reality of violence, affording participants the opportunity to talk about what they have experienced without having to name it precisely. Although her approach is highly conceptual, the outcomes of her projects are not exclusively abstract. According to Jacobsen: “I think the art scene that I work with is very good at understanding that I need the exhibition to show the concept and full circle of my work.”

The outcomes of ‘Direct Approach’ rely heavily on information gathering and are always visual, whether in the form of a how-to handbook on building a model for conversations on violence or in a film series, where people become performers, participating in stunt workshops and reenacting self-selected scenes in which they choose to play the role of victim, perpetrator or bystander. As visual objects, the public statements on violence, which can be submitted anonymously, often take the form of movie posters. Recent iterations of the project have also included a podcast series. Jacobsen’s approach is a highly collaborative, imaginative and transferrable practice that records humanity’s relation to violence and prompts participants and observers to rethink, or rather unlearn, how people perceive violence in film and reality.

Mary Alexander: How do you think ‘Direct Approach’ connects to real life, specifically the reality of violence in society?

Stine Marie Jacobsen: In ‘Direct Approach’ I interview people about violent scenes in popular films and I ask them to retell from memory the most violent scene they have ever seen. Because it’s their memory and not how the original film is, naturally their retelling or narration merges with their perception of what reality is to them. And through that process, their desires, fears, hopes, expectations, fantasies and ethics come through. It’s very broad, the topics that come up and it can be any type of violence. The subjects that come up are those that the person consciously or subconsciously wants to discuss. So, it connects people to reality in the sense that the interview method offers them a platform to discuss these topics.

It is also an anti-violence project. Usually the participants feel very good after they have taken part because they get to take a third person position and describe their lives to me as a film, because their life kind of merges with the film scene they have chosen. They get to talk to me about their ethics and the injustices they have experienced. You get curious about who the participants are and how they became this person, thinking like they do, and how they phrase certain ethics. That’s what interests me. I want to understand what violence is for people around the world. 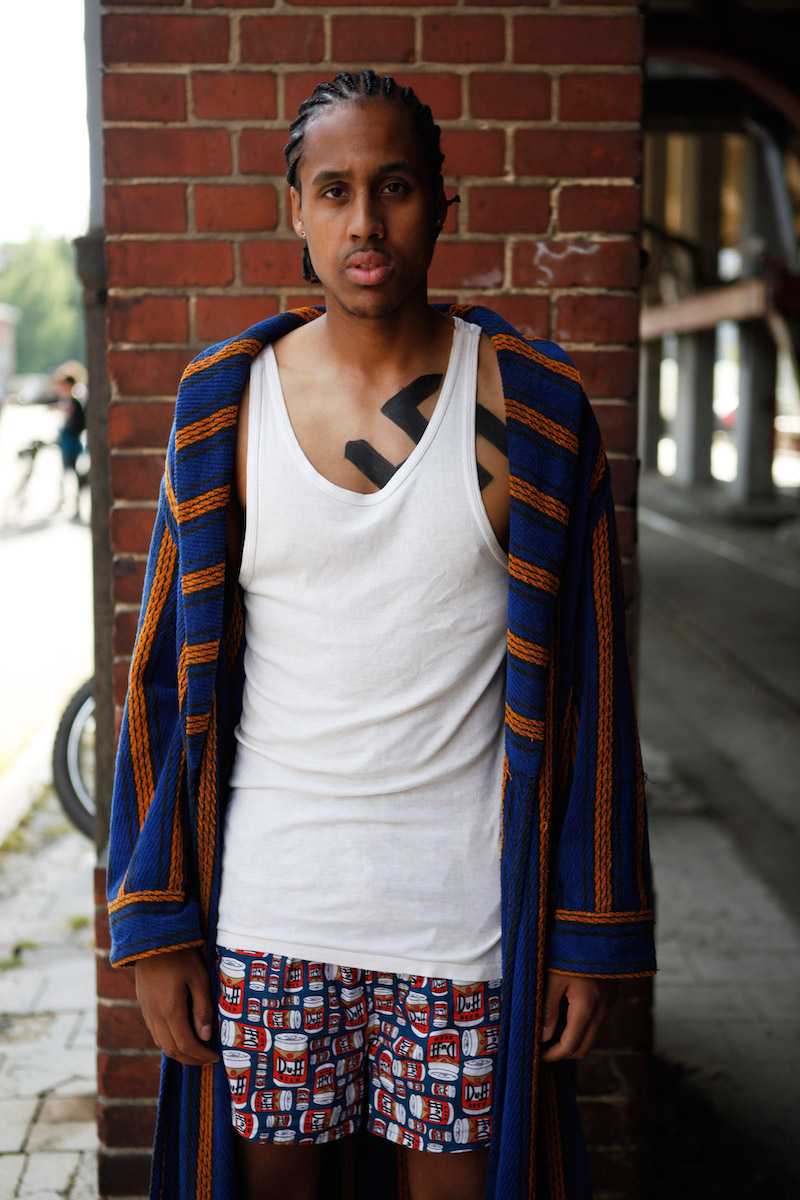 MA: Particularly related to your practice, do you think art can alter the reality of violence in society?

SMJ: The transformative impact for most of the participants was that it left them with a deep imprint for thinking about violence and what role it plays in their lives. The project has, since 2012, undergone a lot of modifications and changes. It went from an art project to a film workshop, then it became a method that other schools would use, because they realized they could use it to detect when somebody is violent, through language and behavior. Showing what participants say and then do in the remake of the film, you can see and understand a person better. And it was my hope to ask: can this be a playful way of detecting and understanding violence in a school and in society?

When I do ‘Direct Approach’, there is a lot of gender, race discrimination and sexual connotations to discuss and I think where the transformative part comes in is when I ask them “who would you play?”. I intentionally use the limiting terms perpetrator, victim or bystander. It’s the only part of the project where I get a bit tricky. The participant has to choose their role in the film scene. And that’s where the potential transformation and catharsis comes into it. They end up playing people or characters that they have just described to you. Sometimes they play an evil perpetrator because they don’t want to play a certain gender or identify with how they just described a victim. That’s what the project does: it constantly shifts between body versus text. 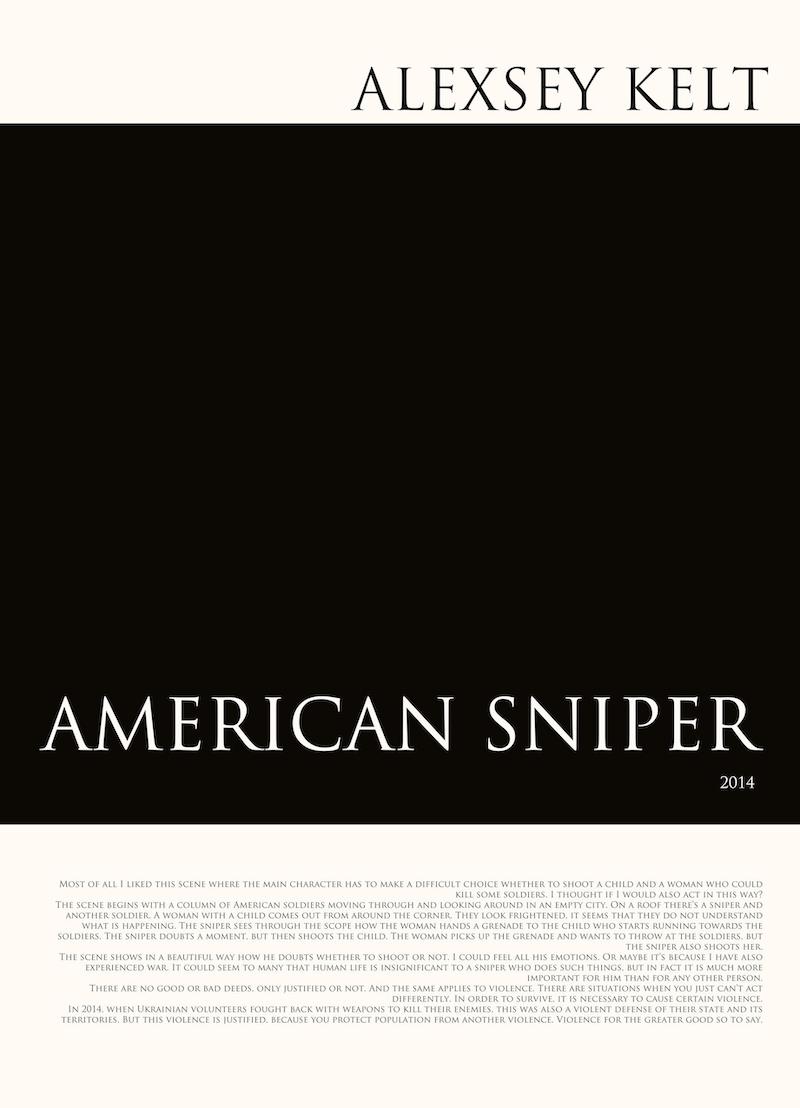 MA: I’m curious about what you have learned, or rather “unlearned”, in your process of talking about violence with young people from around the world?

SMJ: I think I started out thinking that I understood people. And I think now I’m much more prone to say that we can’t understand each other. We have to unlearn our big definitions within ourselves sometimes to meet the other person in understanding. Of course, we should be solid in our own self-definitions and what we like and what we don’t like and have a natural sense of our own bodies and borders, but I think that I started understanding more where I come from, what my background is.

I like to be really aware of this in the moment when I’m in front of someone who says something that maybe has a completely different world around it, a completely different belief system. I don’t like to judge people and that’s also what the project is mostly about: listening. Just by listening to others—really deeply listening to them, not affecting their memory, but using neutral language—you learn so much. People around you are so clever and they will teach you things all the time. And this is the collective intelligence, which my newer projects are going towards. How do we train to become a better, collective, knowledgeable body? ‘Direct Approach’ is also about collective intelligence because if you put all the iterations of the project together you get a better sense of humanity and violence and different ways of seeing both.

MA: Can you tell me about your upcoming project at Manifesta 13 in Marseille?

SMJ: A lot of teenagers in France are unhappy with recent transformations of the Baccalauréate (the national end-of-high school exam). The government is reforming the system and there are very unjust class differences happening. It’s intended to be democratic through an algorithm but it’s not; it is simply unequal, amongst others because it bases its system on what (rich or poor) area the student lives in. The students are demonstrating in the streets, especially in Marseille, and I think it’s great that they are reacting to an educational system that should be different. The more I spoke to the students and the more I saw the city and talked to a lot of different people, I realized that there are huge class differences in Marseille. It’s a diverse city with a very long immigration history.

Right now, I am developing a sports program for local schools that is intended to heighten their preventive and collective intelligence, bodily as well as communicatively. I’m currently writing the first draft of exercises, which are totally anti-singularity. It’s only about plurality. It’s only about doing things together as a mass. There will be a lot of somatic training as well, where the students will have to communicate something without speaking to each other. In doing so, they will learn to read each other better. It will also have some verbal exercises on how to communicate more clearly. The focus of the sports project is to train students to be safe together during protests, use collaborative skills in crowds and introduce them to non-violent civil protest techniques.