For the 50th anniversary of the Neuer Berliner Kunstverein, Berlin artist John Bock conceived an eccentric and surreal new project, transforming the ground floor of n.b.k. into his own bizarre and fantastic world. Under the enigmatic title ‘Im AntliTZ des SchädelapparaTZ,’ Bock employs an unconventional and multilayered approach, combining film, sculpture, installation and performance in four different spaces. The immediacy and absurdity of the work on display, which concentrates on the interplay between spaces, people and things, is both incredible and puzzling. 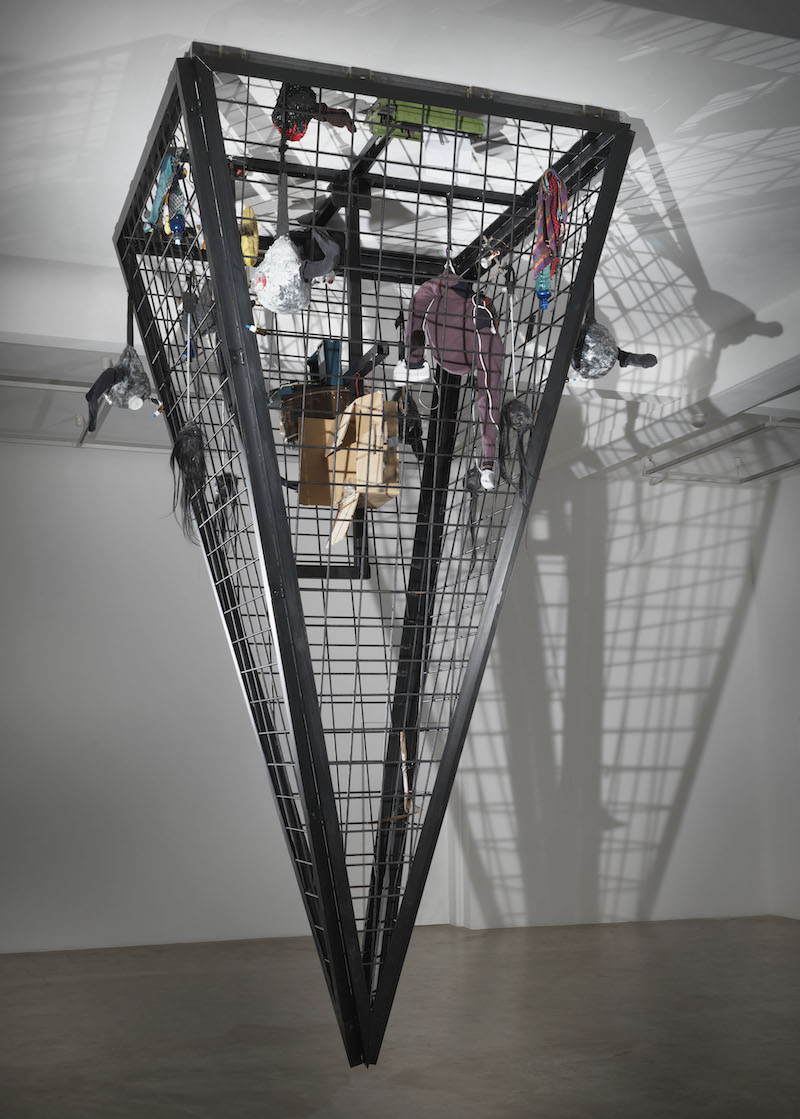 The centerpiece of the exhibition – a 4.2-meter-high metal pyramid hanging from the ceiling – exists not only as a mixed-media sculpture of found and inexpensive objects; it functions as a stage for Bock’s live actions, called “lectures” by the artist himself. The autonomous metal wedge plays a pivotal role in the project at n.b.k., becoming a stage for three performative lectures and also the setting for a film on view in the adjacent projection room. The film, which Bock developed with one actor and four dancers, has an element of claustrophobia in it, a common thread throughout his film sets and performances. 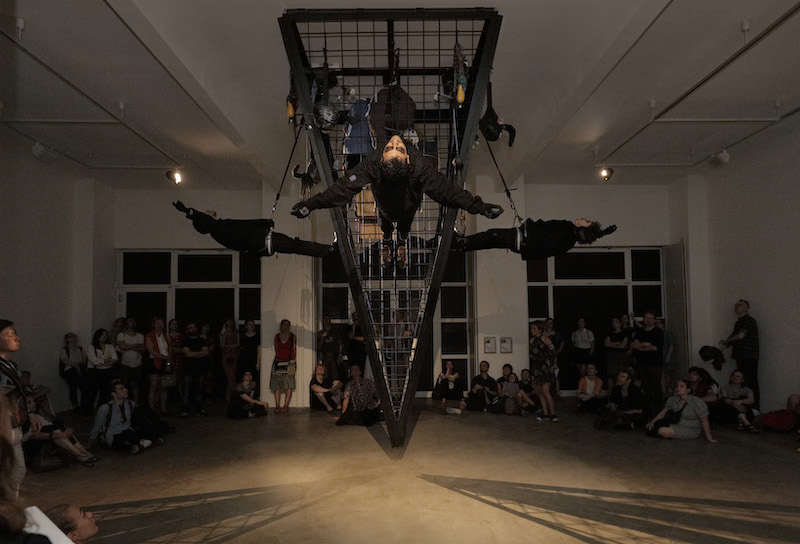 On Sunday, July 14th, visitors joined Bock for a performance that provided insight into his oeuvre. Set in one of the exhibition’s two spatial arrangements, the live action was an improvised spectacle with sculptural works, olfactory stimuli, sound and unpredictable encounters between Bock, dressed in costume and face paint, and the audience, situated below the artist in a purposefully “a-logical” atmosphere, to use the artist’s term. In an eerie performance that echoed the didactic works of Joseph Beuys and paid homage to the spirit of Dada, the artist activated the installation by interacting with props and the audience below, tinkering with agricultural equipment and at one moment, dropping a flower petal into a viewer’s hands. 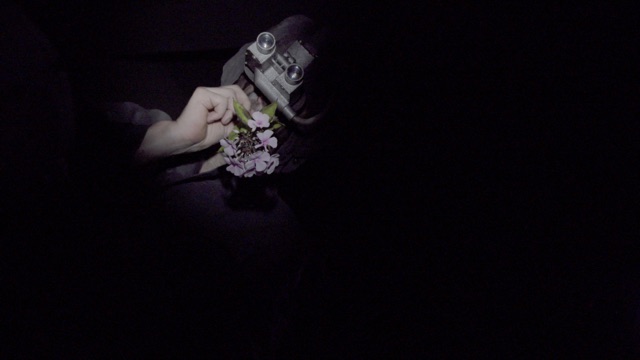 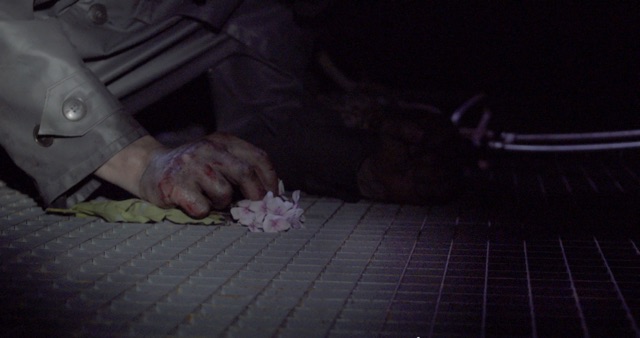 One of the works included in ‘Im AntliTZ des SchädelapparaTZ’ is an intimate and complex room installation created with furniture, household objects, waste and other quotidian materials. In their combination of different media, the objects in the room resemble the props and costumes used in Bock’s films, sculptural works and live actions. Each element of the exhibition – the environments, objects, films and performative lectures – express their own intricate story and meanings, functioning together as an aesthetic experience, a simultaneous freak show and an experimental laboratory between artist and recipient. The outcome of the new project is a fluid Gesamtkunstwerk characterized by dark humor and unlikely material combinations. Bock’s work does not seek to give meaning to the madness but rather to defy the borders between genres and to dissolve the boundaries between audience and artist. 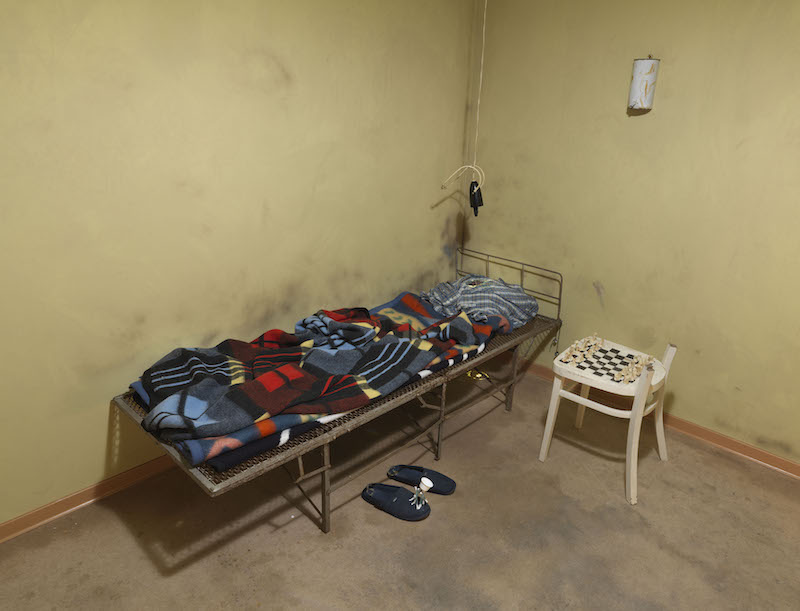