‘Intro to Civil War’ is the new exhibition at Open Forum, which showcases the work of Chinese artist Li Shuang. Through the use of video, sculpture, sound and architectural intervention, Li explores the bio-politics of sex and the body. The exhibition highlights the struggle between technology and human intimacy, as well as the politicised bodies of women, through a fictional conversation between an AI sex doll and the ancient concubine after whom it’s modelled.

Li’s works featured in ‘Intro to Civil War’ are insightful and, at times, romantic. The walls are draped with personal quotes about sex and intimacy on transparent vinyl sheets, set against the backdrop of the loud humming of Li’s futuristic fans. The AI sex doll and the ancient concubine converse in the next room, a cold and unsettling exchange, while mesmerising 3D animations of tadpoles circle the space. There are times when it feels as though the more human aspects of the exhibition act as an interruption to the technological tone, as opposed to the other way around. Li’s exploration of the politicised bodies of women is reflected in this, creating tension between the different works and referencing to the automation of sex in the 21st century. 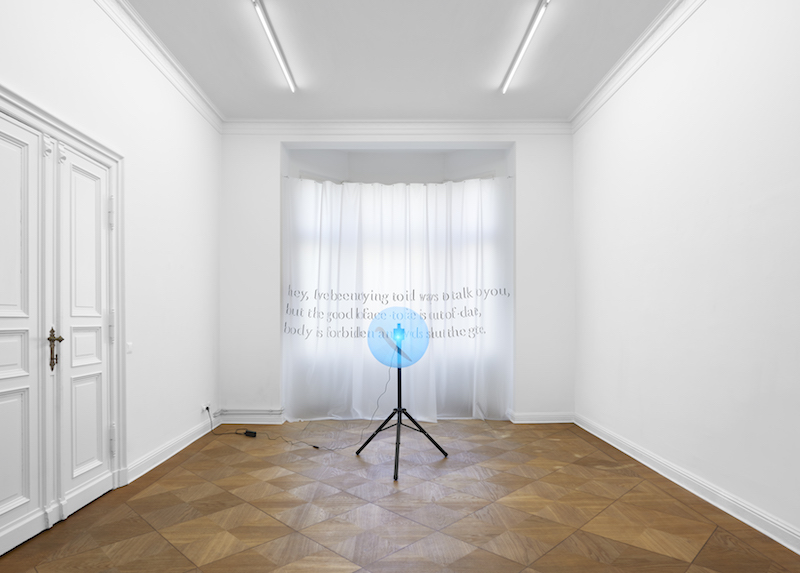 Ernela Vukaj: This is your first solo exhibition in Europe. Have you found that the response to your work changes, depending on whether you’re in the US, China or Europe, especially surrounding the theme of sex?

Through this series of works, I try to carve a sensual landscape where, I hope, discussions and thoughts can go further and the regional difference in response is actually quite nuanced.

EV: You said that the technological landscapes do not feel cold to you. How would you describe your relationship with the digital world?

LS: I’d like to compare it to riding the subway in New York, in the sense that you will never know who you are sitting next to or what kind of animals you would see on the track; the trains might be delayed, you might get lost, but you will get somewhere that may or may not be your destination.

EV: Your artwork in the exhibition gives a voice to ancient concubines, whose stories have been told for generations, but never from their own perspective. Why was it important for you to tell these stories in 2019? How did you form the script between the AI sex doll and the ancient concubine?

LS: It started with a very personal perspective, I was just curious how they were living their lives. So I started going through historical archives. It turns out they were either written by foreign missionaries, local tabloids, or male literati. In the beginning, I was just trying to write a short story, but then it got out of control. I read in the archives that there used to be brothels that were operating on boats along the rivers going around Shanghai. They would go from place to place to pick up men. This is the setting of my protagonist.

On the other hand, I am aware that regardless of the amount of research I’ve done, or the experience I have growing up in contemporary China as a female, my version of the ancient concubine can still be off. There are scholars, such as Spivak, who in her influential essay, ‘Can the Subaltern Speak?’ questions whether the “other” can really speak, either through themselves or people who give voice to them. I am aware I can’t know for sure what they were going through but I believe it’s worth a try.

I’m also very interested in digitized desires. Back in school, I was researching technology and its interaction with humans. Looking back, the two voices of the story come together quite naturally. Sometimes I feel like I have dug myself into a hole of identity politics through some of my former works, but this AI sex doll of no inherent identity is my effort to get rid of some socio-political parameters, not just for viewers but for myself. 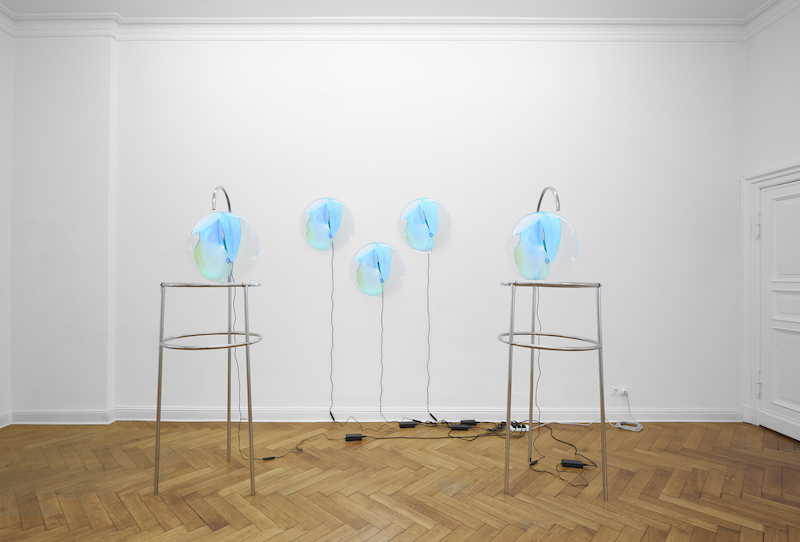 EV: The exhibition includes sound design by Eli Osheyack, who is an electronic musician. Why was it important to you that he produced the sound for your exhibition?

LS: Eli is a prolific producer and he has these crazy live sets where all hell breaks loose.

In Shanghai, the spirit of collaboration is very strong. A lot of mind-blowing projects have emerged from kids who met and decided to work together. And the extent people are willing to go! It is a luxury to have in Shanghai, because in New York people would just be too busy looking after their own asses. Eli and I worked together before for my other video work ‘T’. I didn’t quite actively seek or involve other creative input in my work before but this collaboration went very smoothly, which, to be honest, was quite unexpected.

I have worked with other people too (mostly in technology and visuals) and I know it can be a very painful process. I’m totally open to working with others but it might take a long time to establish such an understanding and trust. I can show up in strangers’ DMs for other reasons but not for collaborations. For now, I have other projects lined up, for which I plan to work with Eli, too. I’m shooting a new work soon, about an online relationship revolving around a yellow jacket. It’s commissioned by Times Museum, Guangzhou for a group show at the end of this year. 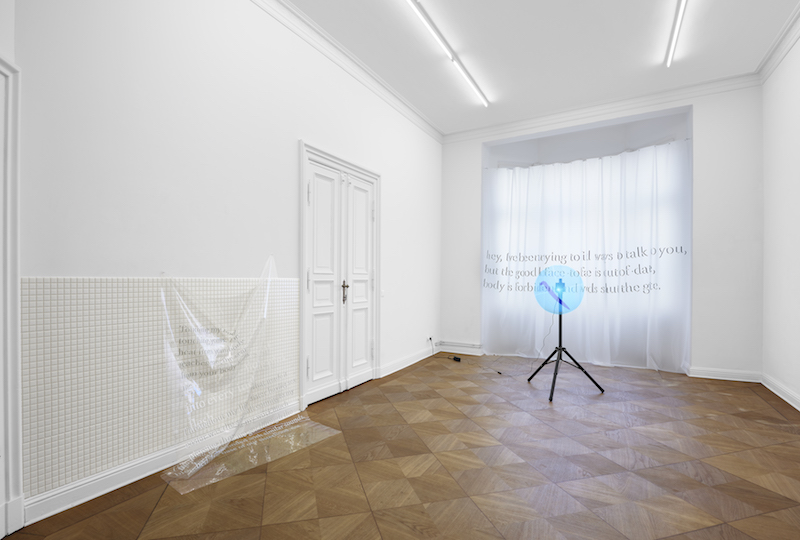 EV: Your work often surrounds feminist and gender issues in both China and the West. Do you think artists have a social and cultural responsibility?

LS: I don’t think these feminist or gender issues are as different between China and the West as one might think – they just manifest in different manners. For example, abortion: back in the town where I grew up, people would be so surprised to hear that in some parts of the U.S., which everyone used to believe is the land of freedom, it is illegal to get an abortion. But it doesn’t mean they are liberal or respecting women’s choices. Growing up I had seen so many abortion ads everywhere—on the bus, on TV, on magazines—where they advertised that abortion is painless. One of the most ridiculous lines I ever heard of was: “You can come for an abortion in the morning and go back to class in the afternoon.” And yet I had never seen an ad for condoms. I thought the right way to use a condom was to wear it around a woman’s uterus, so when there’s a fetus it would just be smothered to death. It wasn’t until a close friend had an abortion that I found out how dreadful it was, both physically and mentally.

We are at such a chaotic time right now that everyone is struggling to comprehend what’s going on, let alone what is about to happen. Art might not be the most efficient answer but it can be quite powerful.

EV: You have mentioned that your next body of work will explore the Muslim population of China. Can you give more detail into this?

LS: It’s still at its very early stage but one thing I’m sure of is that I’m not going to go around and film everything point-blank.

Instead, I think what really stayed with me in all these female-only environments I hang out in is the sound—especially babies crying—and I think that would be the point of departure for this series of work.

This article is part of our monthly topic of ‘Sex.’ To read more from this topic, click here.