Close to each other three lightboxes are spread across Kraftwerk Berlin’s raw, concrete floor. Spectators take their place, and ‘Nervous System 2020’, the genre-defying project created and directed by Marcel Weber (MFO), begins. Choreographed by Guillaume Marie, three performers, one behind each screen, start to move to sounds by J.G. Biberkopf. The title, a nod to the near future as well as the body’s electrical wiring, finds expression in the performers’ robotic movements. One delivers a particularly unsettling display of abrupt motions of combat. Rebelling against an invisible force, her movements remain somehow restrained, controlled and limited. 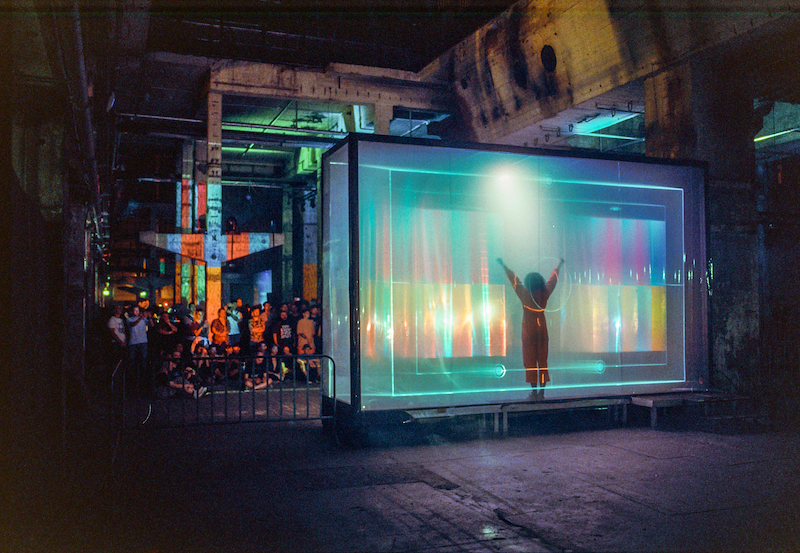 When Berlin Atonal, a festival for experimental sonic and visual art, returned to Kraftwerk last week for its 2019 edition, it presented a programme of pulsating tracks and flickering images onto the building’s landmark grid of cold, concrete pillars. Located on Köpenicke Straße next to the Spree, the industrial facility used to supply East Berlin with heat until the fall of the Wall. Today it is home to Tresor, the city’s symbol of its post-unification club scene; Tresor’s new floor, Globus; and OHM, which occupies the building’s former battery room. Looking at the contemporary visual art that was brought into the club space, the focus was on the affectual and on that which came to most significant effect not in white cubes but swallowed by darkness. The more intriguing aspect, however, was in how the pieces employ an element of distortion. Whether through twisted mirrors, translucent dividers, speed or computational editing, they all managed to distort our perception, casting blurry visions of tech-saturated worlds. 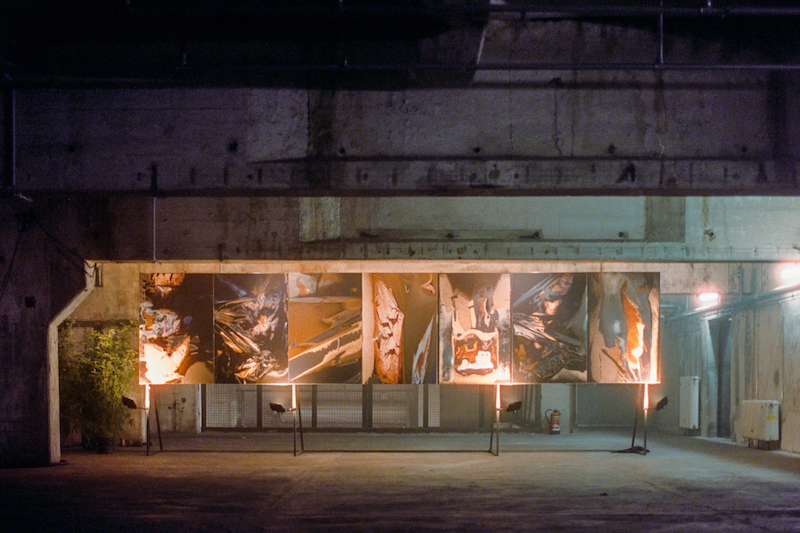 Upstairs behind the bar, Anne de Vries’ ‘Cave 2 Cave’ stretched from one wall to its opposite. Artificially lit from below, the images had a metallic look, calling to mind the distant, technologically advanced futures of sci-fi narratives. That the photographs are wrinkled reflections of cave paintings on mirror foil makes it all the more surreal. Here different time zones merge: a past mirrored by the future. At the same time, ‘Cave 2 Cave’ reflects the present moment, the very location we were standing in – a dark cave of human artistic endeavours, a tourist attraction of cultural importance. 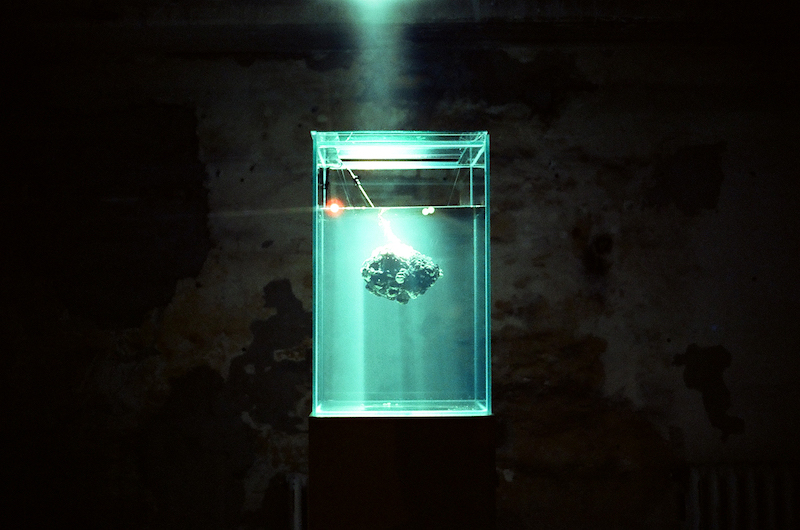 Not far away on the same floor was Cecile Beau and Emma Loriauts’s ‘Reversion’, with a stone hanging in an aquarium filled with translucent liquid. Instead of sinking, it seems to be floating, displaced in time. Layers of crystals glistening in the artificial light from above are covering the rock. That which appears solid can be transmuted into another form. What seems to be still and immobile, is, in fact, an object in transit, more about flux than endurance.

Beau and Loriatus’s interest in relicts of landscapes from which human presence has vanished resonates with Laura Kraning’s ‘Meridian Plains’ (2016), which was part of Friday night’s screenings. Thousand of grainy black and white photographs depicting rock-and-sand patterns of a dead desert flicker in milliseconds, challenging viewers to spot the main protagonist. The time-lapse’s fast pace sets a stark contrast to this perceived lifelessness of the territory, which looks like the land of some distant planet – were those tracks left by trucks just now? An arm of some machine appears at the lower corner of the screen. Never fully disclosed, it becomes clear to whom the tracks belong: An engine working away autonomously on the ground. 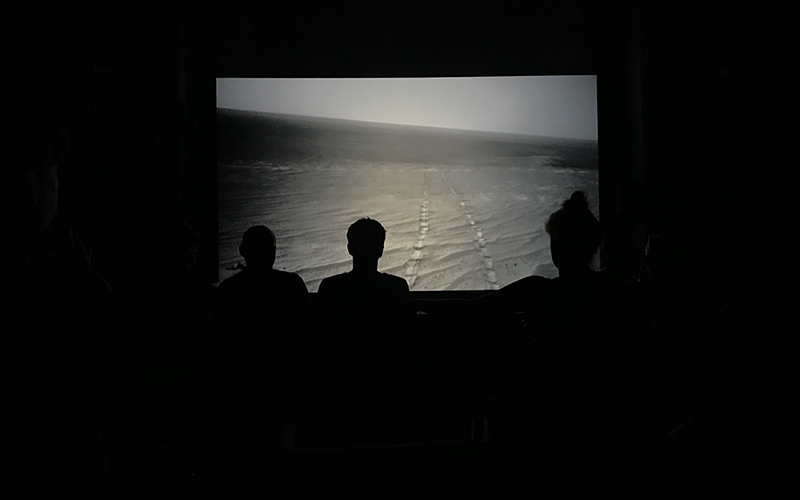 For Atonal, Kraftwerk’s columns became a free floating geometric structure. Its hypnotising, sharp angles on the festival’s poster evoke the likes of Escher’s lithographs or ‘Inception”s dreamscapes. Different pieces played out before you, forming connections and destabilising common perceptions – ultimately giving shape to the whole festival as an investigator of the boundaries between human and non-human, order and chaos, fiction and reality.