Founded in Berlin 13 years ago, Dokuarts has become an internationally recognized festival for documentaries that take a deeper look into visual arts, be it through traditional, observational and interview-based techniques, filmic essays, compilations, homages or combinations thereof. Previous iterations of Dokuarts have included guests like Agnès Varda, Shirin Neshat, Wim Wenders. This year’s film program and its parallel symposium—all of which takes place between October 10th and October 27th— will feature 25 films made in 17 countries, with many making their German debuts, under the title ‘Dokuarts 12: Nuances Now.’

Highlights from the 2019 film program include three documentaries, each focused on the life of an international artist. There’s filmmaker François Lévy-Kuentz’s portrait of the 80-year-old Dutch artist Jacqueline de Jong, ‘Jacqueline de Jong – The Art Rebel,’ which, more than exploring her vivid and rule-defying artistic practice, traces de Jong’s entire biography, from her escape from the Nazis to her political activism, her relationship with Asger Jorn and the Situationists and her time spent in London and Paris before an eventual return to Amsterdam. Similarly, ‘Paula Rego, Secrets & Stories’ by Nick Willing paints an intimate picture of the titular Anglo-Portuguese artist whose work has slowly gained recognition in recent decades. A key revelation made in the film is that the sexual and violent undercurrents conveyed by her figurative paintings are not merely surrealist stories; rather, they are profoundly autobiographical.

Meanwhile, in ‘Het Voorval – Armando en de mythe / The Myth of Armando,’ filmmakers Sjors Swierstra and Roelof Jan Minnebo examine and try to reconstruct the myth surrounding another Dutch artist, the eponymous “Armando,” and his infamous work ‘Het Voorval’ (The Incident). In the late artist’s film, a German soldier is stabbed to death by a boy whom he had chased into the woods—a fragment of Armando’s own memory or possibly a myth. In this documentary, Swierstra and Minnebo attempt to confront Armando about the work and the mythical image he created of himself before his death in 2018. 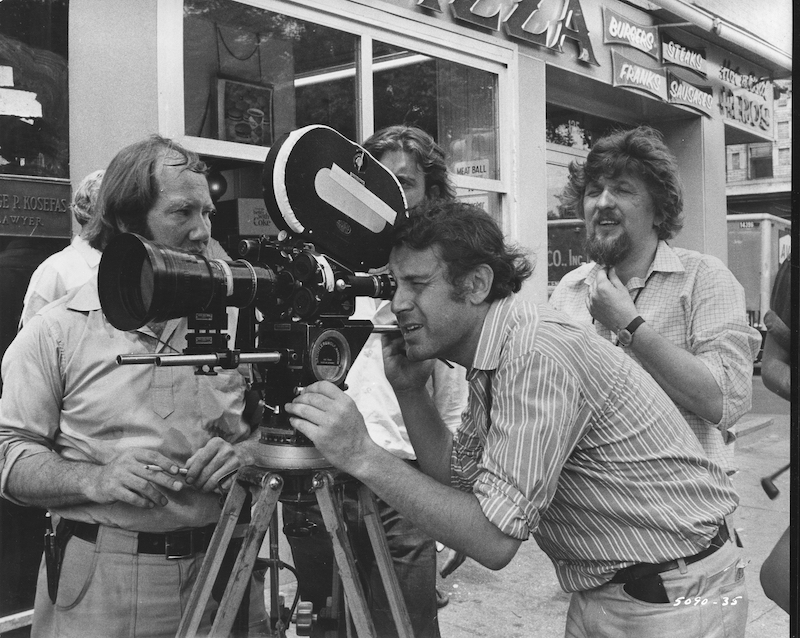 ‘Life as It is – Miloš Forman on Miloš Forman’ is another documentary focused on an artist’s life, yet here, film historian Robert Fischer created the story through a montage of previously unpublished footage from an interview he conducted with the Czech film director, screenwriter, actor and professor in 2000. Fischer has previously written books on Alfred Hitchcock, Orson Welles, David Lynch, Quentin Tarantino, Jodie Foster and Rainer Werner Fassbinder and, in ‘Life as It Is,’ clips from Forman’s films (such as ‘One Flew Over the Cuckoo’s Nest’ and ‘Amadeus’) are sparingly interspersed with footage of him speaking about his parents, who were murdered in the Holocaust, his film studies in Communist Czechoslovakia and his emigration to the United States following the crushing of the Prague Spring.

In other films, like Paul Wright’s ‘Arcadia,’ storytelling strategies take a turn for the conceptual. Created from over 100 years of archival footage from the BBC and British Film Institute, ‘Arcadia’ poses an abstract portrait of Britain’s life, from a time-lapse of roots growing and flowers blooming; to church spirals, ploughed fields and villages; to darker images of violence and, ultimately, death. The film’s powerful original soundtrack by Portishead’s Adrian Utley and Goldfrapp’s Will Gregory aids in the film’s success of portraying the idyllic wonder and hope of British life as it transforms into one of horror and decay. We highly recommend attending the official German premiere on the opening night of Dokuarts, which will be followed by a special conversation between Wright and film critic and journalist Bert Rebhandl. We are even giving away two tickets this special opening night screening and conversation (see the instructions at the end of this article); however, if you can’t make it on October 10th, take note: it’ll also be screened on October 24th.

In addition to film screenings, Dokuarts’ symposium—to be held from 2–6pm on Friday, October 11th, the day after the film program kicks off—will also offer an engaging series of talks and conversations. Sarah Cooper, a professor of film studies at King’s College London, will give the keynote speech titled ‘Nuance and “The Botany of Desire,”’ while artists and filmmakers like Rania Stephan and Christoph Hübner will also make appearances. The symposium is free to attend, but advance registration, which can be done by sending an email to info@doku-arts.de, is required.