You might remember Berlin’s Postscheckamt from heated debates over its renovation, as well as the buildings around it. The district expected high rent and selling prices, further accelerating the gentrification of Kreuzberg. When the CG Group surprisingly sold, the new investor, Art-Invest Real Estate, left residential construction on Hallesches Ufer to Degewo. There, in the tower’s ground floor, Creamcake’s 3hd Festival kicked off with the group exhibition ‘(Un-)Real E-state’ on Tuesday night. 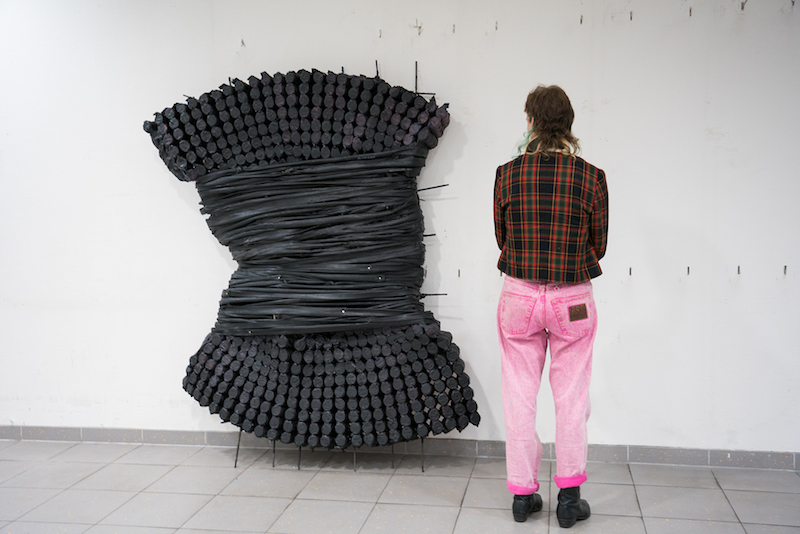 The show’s title is a play-on-words, a language game of neologisms. The Real Estate, capitalism’s most prized asset tied to property, ownership, but also to dispossession and displacement, gets split, deconstructed. Fiction joins reality, property becomes condition. The artists in ‘(Un-)Real E-state— among them Viviana Abelson, Ruth Angel Edwards, Margaret Haines, HellFun, Julian-Jakob Kneer, Tarek Lakhrissi, Shaun Motsi and Magdalena Mitterhofer—use fiction-making as a technology, a world-making activity. Refusing the political realities they inhabit, they test out alternative belief systems and imagine different kinds of orders. Through various materials and media, they ridicule normativity, criticise the binary structures of Western cultures and confound the good and desirable with the bad and abominable. Drifting in and out of the exhibition and through the night, the tone shifts from humour to violence, from sincerity to spirituality and opens up new pathways for imagining and creating the world we want to live in.

“Today we found a new friend at the beach (…) She tastes good.” Tony and Nilla are on an island, dancing along the shore, paddling away in the water. Their new friend is soft-bodied, has three hearts, nine brains and blue blood. A spider of the sea. An invertebrate ocean-critter. Tentacular arms meet human skin. Later, at the restaurant, Tony smiles while taking a bite of the octopus: “Bye, bye, Lena.” “It is hard to say the last words.” The duo, comprised of Josefin Arnell and Max Göran’s alter egos, is on vacation pumping up their libido for their surrogate business. ‘The Vacation’ is an absurd play with gender identities, presumptions of reproductive labour, motherhood, ownership and the nuclear family model. 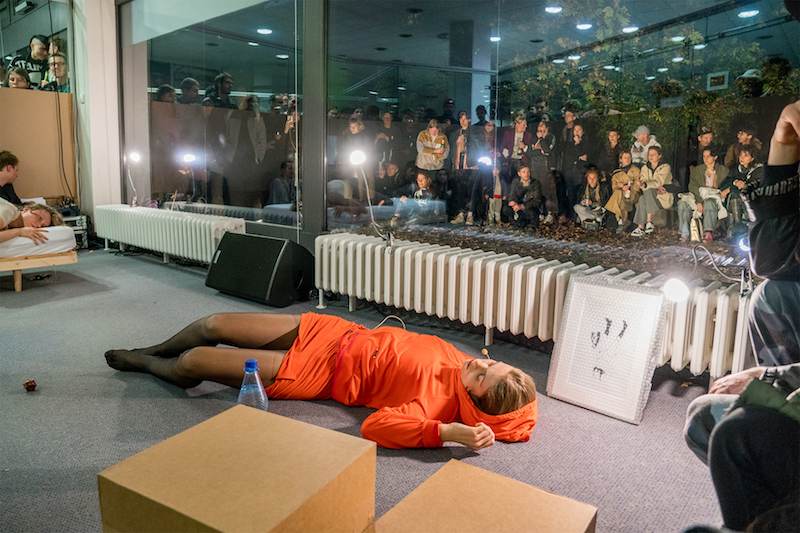 When Magdalena Mitterhofer performed alongside the glassed wall on the right side of the building, the crowd pressed on each side, some looking in, some gazing out. Immediately, there was an inside and an outside, a private and a public, two distinct realities and their mirrored representation. Not merely part of the performance’s staging, those elements proved critical to the scene’s narrative development. At a point towards the end, a performer walked up to the glass. Her reflection met the protagonist’s body; the double-image began to dance. The slight delay in their coordinate movements cast a shadow over their different points of departure. It was a moment of a coalition, yet a slippery one.

Back inside, Julian-Jakob Kneer’s wooden sculptures mapped onto the grid of floor tiles like chess pieces. Decked with beads, studs and crystals the wooden pieces presented themselves as particularly alluring objects. On a closer look, slight splits and cracks appeared running deep into the wood. They are fissures in a smooth surface, a sign of vulnerability. I remember them as particularly seductive from when I first saw them during the UDK graduate degree show earlier this year. In this exhibition, they sat well next to the other art works, creating a dialogue around high and low cultures, normative desires and the order of visual signs. 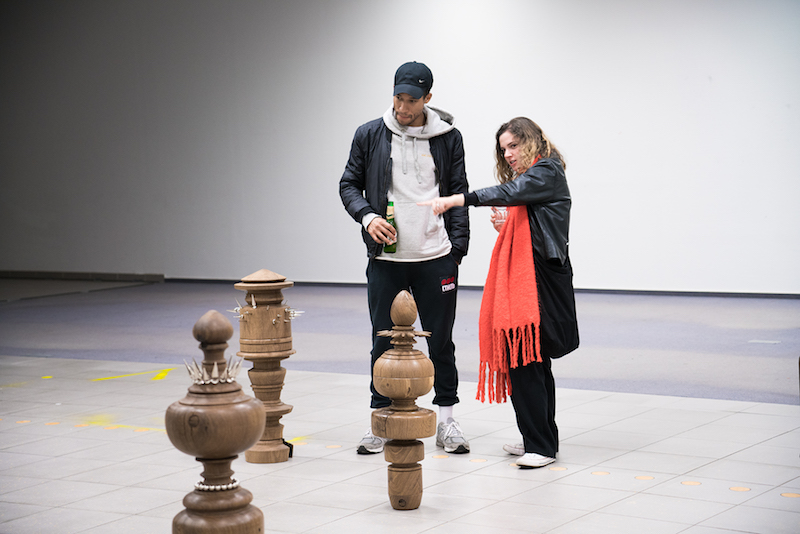 “You are the chosen one, you know it, my sister.” The short Sci-Fi movie ‘Out of the Blue,’ directed by Tarek Lakhrissi, imagines a world where people of colour have a place in the centre. “It’s a green light” – so the warning goes. “They think it’s aliens.” A switch to the news informs us that CEOs have been kidnapped. This supposedly catastrophic moment is an event of replacement involving the strange and alien remains of white nationalist far-right conspiracy theories of the white European population being replaced by non-European peoples, particularly from Africa and the Middle East. Turned around, that theory becomes a moment of celebration that “shifts the lines and opens the pyramid.” The chosen one is the central figure in this prophecy. A promise destined to bring balance. ‘Out of the Blue’ imagines futurity in connection to queerness, something that in the words of José Esteban Muñoz is not yet here. It is an ideality, yes, but ‘Out of Blue’ formulates it as a “crashing wave of potentiality.”

‘(Un-)Real E-state’ set the tone for this year’s festival in its quest to traverse disciplines and continuously produce decolonial, queer feminist alliances. The exhibition will run until Sunday, October 27th and should not be missed amongst 3hd’s wider programme of panels, raves and screenings. 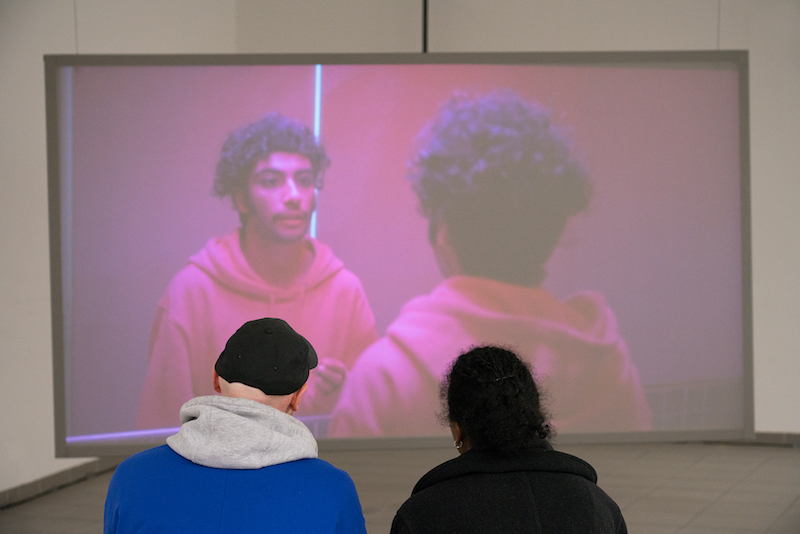