Conceptually speaking, both human rights and contemporary art are slippery; hard to have a firm grasp on, continuously in flux as they are re-defined and re-understood. Governments can decree fundamental human rights, then breach them. Other political bodies can dispute these laws. What, then, are the foundational precepts of human rights?

Perception, in this case, is key. Similarly, anything can be contemporary art as long as we understand it as such. In ‘Ground Zero’ at Schinkel Pavillon, Christopher Kulendran Thomas, in collaboration with Annika Kuhlmann, deftly entwines these dense conceptual ideas through a visually powerful film and art installation. In flux between real and artificial, documentary and fiction, the exhibition weaves between contemporary art and human rights. With Sri Lanka as the stage and the protagonist of the work, we are guided through the complexities of social and cultural production and how power and identity are negotiated in a global context. 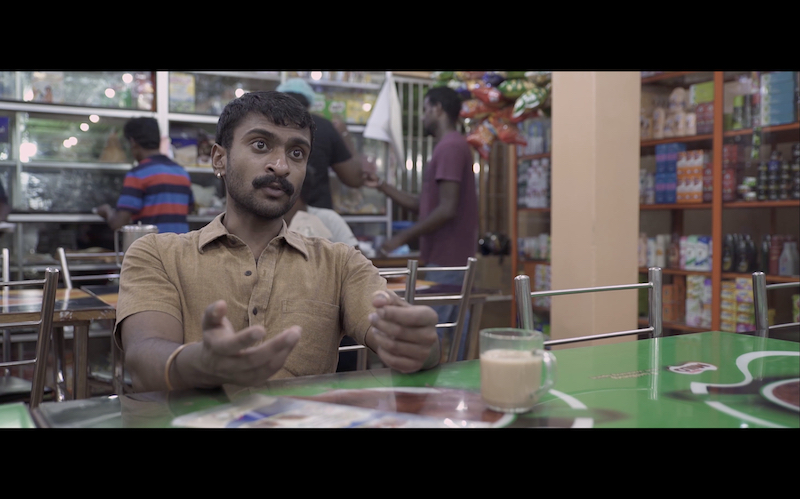 In the video ‘Being Human’, we are often embarking on this journey alongside a young Tamil artist. The film is in a seemingly continuous loop with no fixed beginning or end. We are next to him on the velvet blue of a train seat as he thoughtfully discusses Kant, human rights and the distribution of power after the fall out of the Sri Lankan civil war, the rich green Sri Lankan countryside whishing by. We follow him down the streets of Colombo as he hypothesizes on the very meaning of contemporary art and the development of commercial, white cube galleries in the post-war, economic liberalization of present day Sri Lanka. Through these discussions, we see the effects of the war still rippling amongst the population of Sri Lanka and felt by the young Tamil artist, representing an amalgamation of experiences of the Tamil diaspora. Yet questions of human rights are carried out more largely through economic processes and the contours of power. It is at once intimate and global, a delicate balance between the two, perhaps epitomized when the young Tamil artist FaceTimes a man he calls ‘father’ while revisiting the former headquarters of the human rights centre, the grainy footage imbuing the work with authenticity and vulnerability. 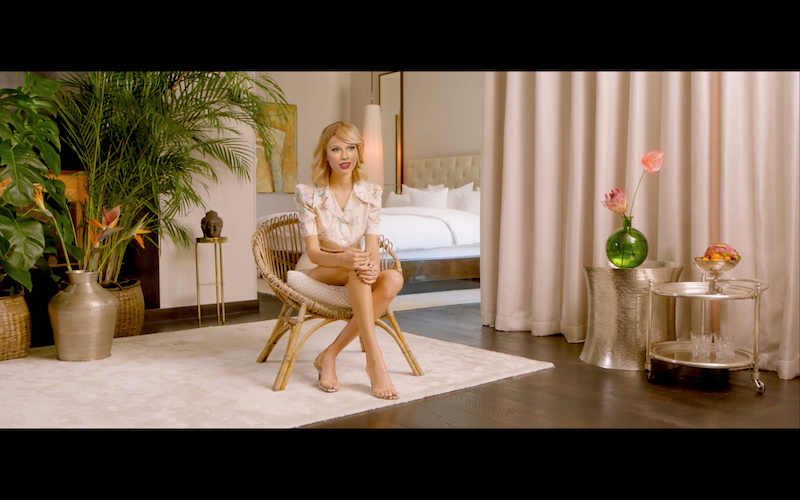 In a luxurious hotel room with lush potted palms and overstuffed armchairs, a digitally-rendered Taylor Swift perched on a teak chair postulates to us, a simulacrum of the actual pop-singer’s face, discussing late capitalism and the necessity of being real. Kulendran Thomas makes use of several of these ‘algorithmically synthesized characters,’ or ‘deep fakes’—created via two robots that scrape the internet for all available interviews of each person—presenting interviews that evoke the Freudian uncanny in their familiarity and strangeness, virtual masks stitched onto another body. We recognize these people: Oscar Murillo is nominated for a Turner prize this year, and Taylor Swift is a megalith of popular culture, fame and consumerism. Their image and products are pervasive in all corners of the world, however, their monologues and theirs face are just not quite what we recognize. The simulated faces are slightly too shiny and slightly too smooth. While Taylor Swift does gush about her love for her fans, echoing countless interviews by the star, she also discusses politics in the United States and the idea of individual authenticity in artistic production. We are eased into familiarity, and yet the alien prickles the backs of our necks.

However, this intricate reproduction displays a palpable respect for the artists and their ability to fluctuate between criticality and production. It is a sensitive handling that demonstrates careful research, to be able to recreate their speech patterns and what they would conceivably say, while still portraying the artistic and curatorial vision of Kulendran Thomas and Kuhlmann. What they create is a schism from the myth of the ‘artistic genius,’ questioning the Western art canon that glorified this quest for the searing and unique vision of a creative vanguard. As suggested by Kulendran Thomas, via Murillo, art does not exist in a vacuum: we are all continuously informed by the cultural fragments that shape our identity. 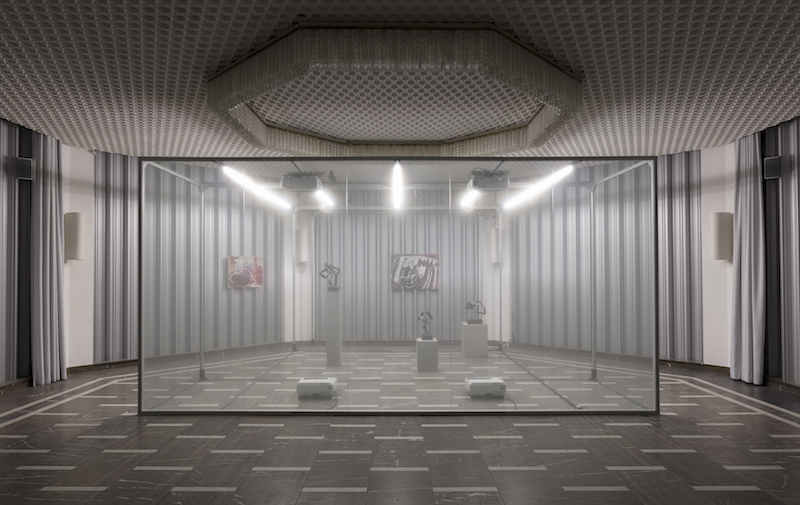 The deft usage of simulacra and the questions of authenticity that arise from this are mirrored within the soundtrack of the work as well. The soundtrack that underscores the work is rhythmic and pulsing, including a pop song created by reverse engineering Swedish producer Max Martin’s ‘melodic math,’ which sounds distantly familiar. The projection cyclically fades in and out and we are jerked back into the white cube, as the screen disappears to reveal behind it a curated exhibition of sculpture and paintings that mirror commercial galleries. The works by two of Sri Lanka’s most influential contemporary artists, Upali Ananda and Kingsley Gunitilake, create a ‘work-within-a-work’ effect. In this way, the navigation between what is real and what is not isn’t strictly contained within the digital work of the film itself; it is externalized, made material and tangible as we are faced with an exhibition featuring art purchased from one of Colombo’s forerunning commercial galleries. The contemporary art scene of Sri Lanka presented in the film is brought to us directly.

‘Ground Zero’ weaves together questions that underscore so many conversations in art and politics today, in a way that feels compelling and necessary. We are in a state of constantly loading, a perpetual buffering with new information, new updates, occurring at hyperspeed. Acknowledging the asymmetrical distributions of power, human rights and technological acceleration, and the AI and automation that are inundating our quotidian life, the exhibition asks: what does it mean to be real, both in art and in life? 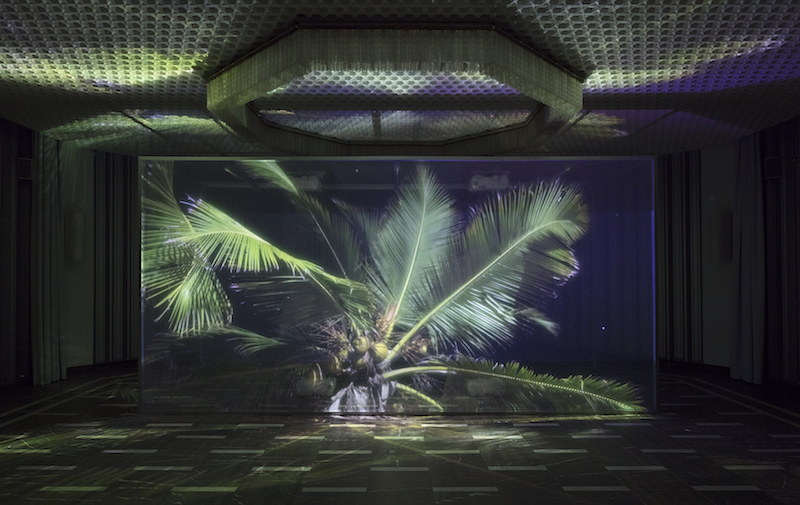