Hosted in the ethereal Taborkirche church in Kreuzberg, with its vaulted ceilings and pink-lit walls, this month’s DICE Conference + Festival was a melting pot of ideas and self-development. Each morning the scene was set with a performance on the organ, providing space and time for contemplation. At the end of the aisle, under the stained glass windows, the performers, panelists and DJs took centre stage. 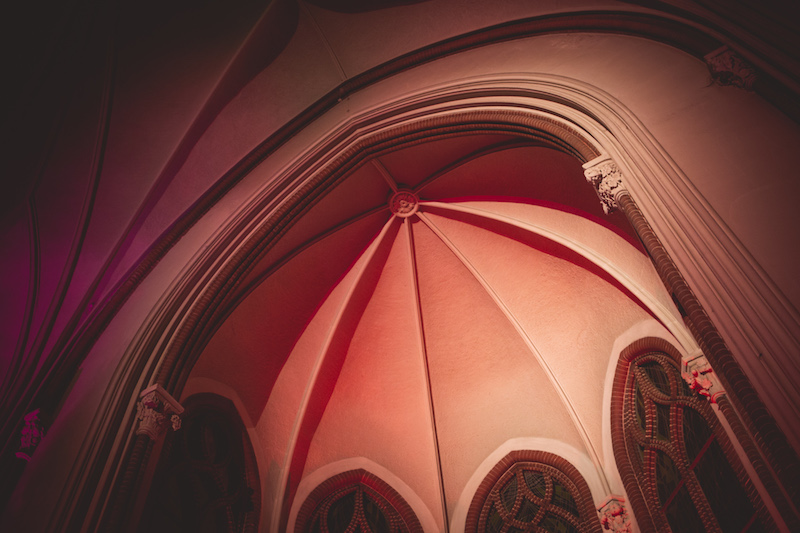 A mutual respect code was taped up on walls and doors around the event space, establishing the ground rules for a safe and inclusive community. An excerpt of the code read: “No violence, hostility, racism, sexism, transphobia, homophobia, misogyny, slut-shaming, body-shaming, ableism, islamophobia, anti-semitism or other forms of discrimination will be tolerated at this event. Our team will intervene and remove people from the space if necessary.” I couldn’t help but think how much better the world would be if this was always the case; the event set up an ideal community.

The opening night artist spotlight talk on October 31st, was given by performance artist, author, DJ and co-founder of the New York based trans-inclusive party series SHOCK VALUE, Juliana Huxtable. She traced her artistic inspiration through past and current work to create a narrative of her practise. At age three she declared to her parents: “I am an artist.” Before going to art school, she expected this meant to wear a beret every day and paint. But Huxtable’s idea of art quickly expanded. 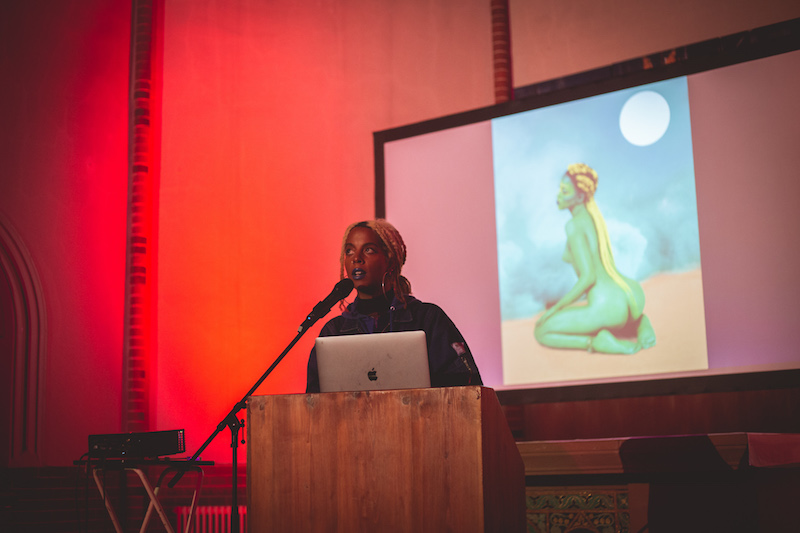 She talked through the initial importance to her work of ‘getting ready’ to go out. Researching periods in art history and scrolling through Tumblr formed the basis for that evening’s look. She documented ‘getting ready’ by taking selfies and writing poems. She noted that, at the time, she didn’t consider this to be art.

Huxtable spoke about her series of anthropomorphised animals. They combine Huxtable’s own features with animal characteristics; either drawn in after or as an outfit that the artist wears. The interspecies format, she explains, is a form of embracing and subverting the often-used conservative transphobic rallying cry “well, I should just identify as a fish if you’re going to let ‘men’ be ‘women.’” Her characters include a bat obsessed with body modification and a cow whose udders resemble breasts. The series unpacks the absurdity of this argument, while also highlighting issues of desirability and the exploitation of people and animals. Alongside her anthropomorphised animals, she creates newspaper posters with headlines such as “activists unionise cows under new sex workers protection.” At the heart of her work, Huxtable engages with identity politics, queerness, race and gender, often, as she explained, using her body to convey these ideas. 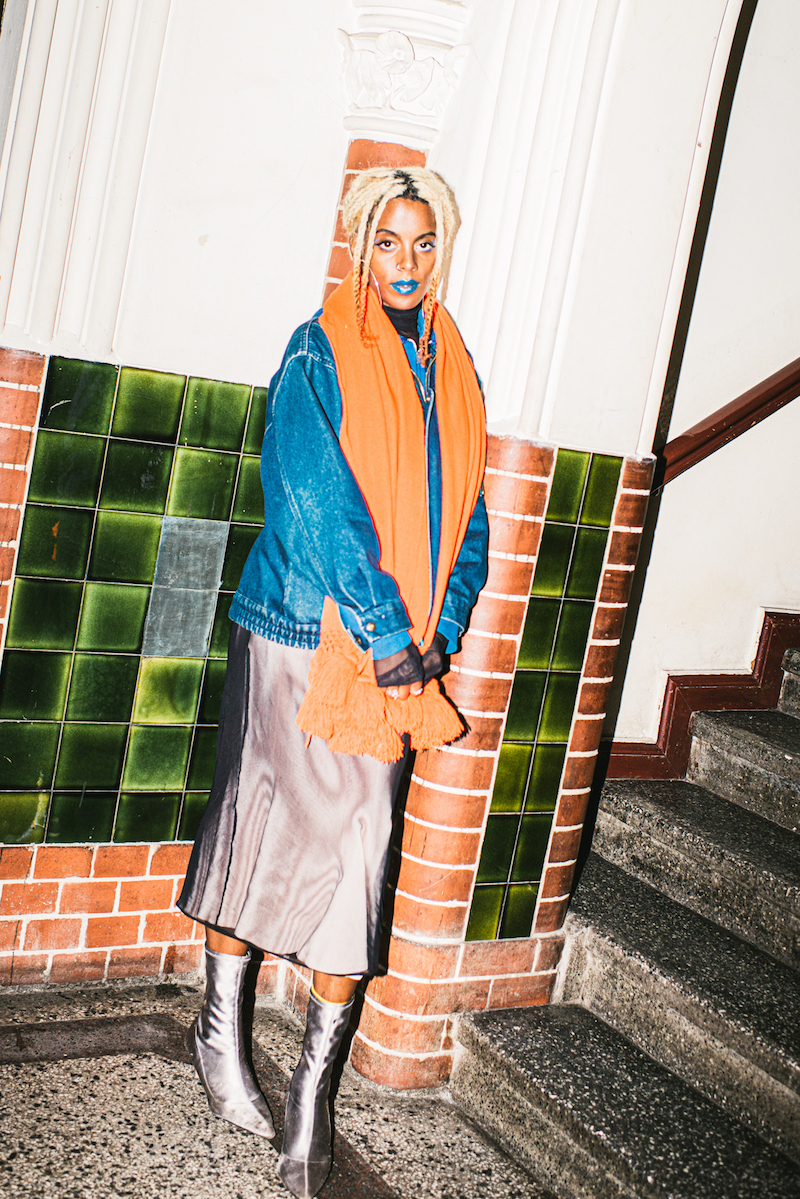 The final performance on November 2nd was ‘Collective Amnesia: In Memory of Logobi’ by Paris-based performer, producer, writer and DJ Crystallmess. The performance began with Crystallmess on the decks at the front of the church. Her music accompanied videos on the screen behind her, starting with iconography and images of the Côte d’Ivoire conflict in 2002. The footage showed the riots and pain, close-ups of taxis abandoned and people in frenzy. Crystallmess started to sing, creating a harrowing atmosphere of sombre reflection. The next section of the performance started with the word “reset” written on a piece of paper held by a performer in the video, beginning the fictional story that ran through the performance. It told the narrative of a young woman who lost her memory and searched for her past. The first place she and her friend looked was a museum: they sought out their own history. Images of black people in chains with white men bearing over, of slavery, of pain, of violence and possession were depicted. This moment was surreal and deeply moving, in the pinkly-lit church accompanied by the beat of her music and power of her voice.

The video also showed the 2005 French riots. The reasons for the uprising included youth unemployment and lack of opportunity for the poorest communities to integrate into wider society. Both conflicts shown on the video were about feeling seen, being represented and heard and taking back power that was denied. 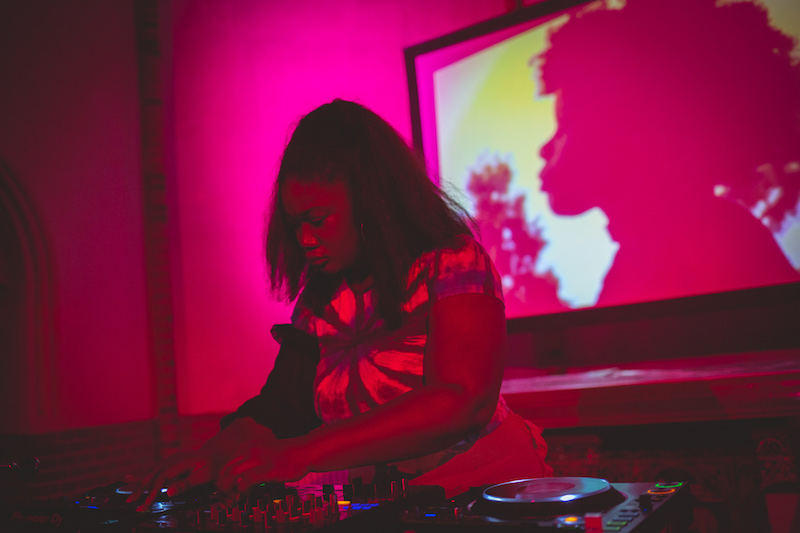 ‘In Memory of Logobi’ is Crystallmess’s reaction to a piece of black French culture, which is in danger of being forgotten. The video essay showed Logobi dancers, uninhibited, taking up space and moving joyously. Logobi was an important act of protest when colour-blindness and assimilation were institutionalised in France. Crytallmess acts against this amnesia; we must not forget or erase. As the fictional characters search for their history, the video essay highlights moments in recent history where black people have risen.

Perhaps the word ‘conference’ to describe the events at DICE is misleading. The traditional speaker-audience relationship was expanded by the presenters, resulting in a more hospitable, inclusive and accessible environment, which encouraged audience interaction and reclaimed the personal and political issues at hand from a purely academic format.