This year’s theme for the Bridgeman Studio Award celebrates diversity in the context of UK Black History Month. The brief encourages artists to think about diversity within the black community, and also diversity within different communities, asking how you see and experience diversity in your city? The competition provides a reminder of the importance of allies, and the role they can play to help things progress and create awareness by becoming advocates of inclusion.

The Bridgeman Studio Award wants to inspire change through emerging artist’s work, with the concept of the competition starting a conversation about diversity between creator and audience. 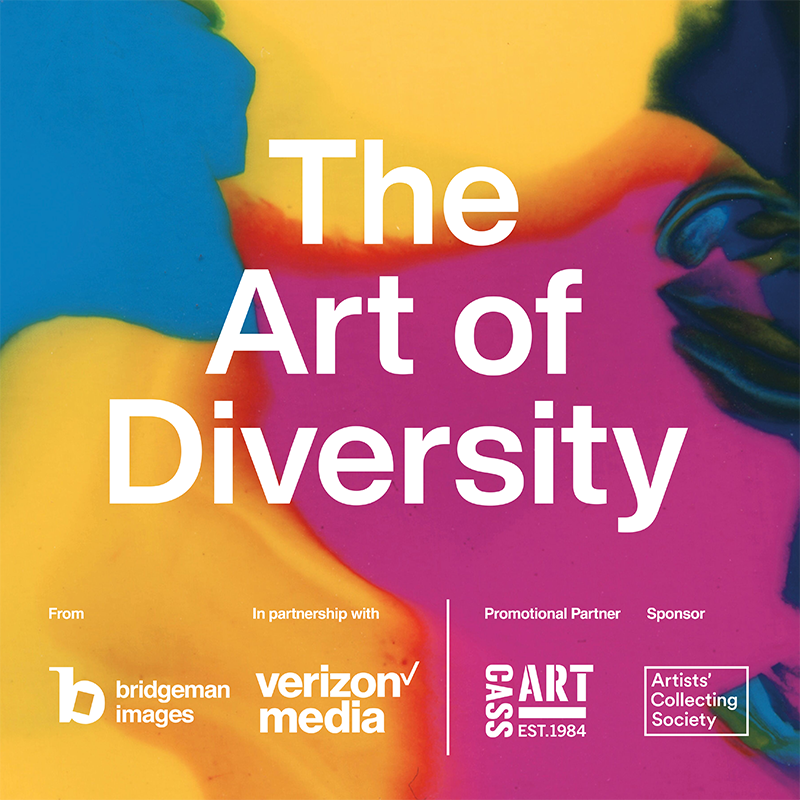 50% of the sales of the limited edition prints will be donated to the charity Mama Biashara, which works with the families in slum areas across Kenya. The charity helps to set up small manageable businesses that start generating a daily income immediately for these people. They have provided thousands of the most marginalised Kenyans with an income for the family to survive on.

The judges of the competition are the London-based, multi-disciplinary artist and curator Zak Ové, whose work conveys his fascination for the interplay between antiquity and the future. He is inspired by masking rituals and Trinidadian carnival traditions which are rooted in the struggle for emancipation. Artist Sinta Tantra, who is the first person to be awarded the Bridget Riley Drawing Fellowship at the British School at Rome, will also judge the competition, as well as Victoria Bridgeman, CEO of Bridgeman Images, and Verizon Media, the competition’s sponsor.

To enter, the artist must upload five images on the theme ‘Art of Diversity’ to the Bridgeman Studio Award website.