‘There is no non-violent way to look at somebody,’ an exhibition of film, sculpture, text and sound by artist and filmmaker Wu Tsang, is currently on view at the Gropius Bau. To reach the exhibition, visitors go through the ornate neo-Renaissance atrium and up the grand imperial staircase. The first artwork encountered is a large altar-piece-like sculpture composed of stained glass tiles etched with text, in varying translucent shades of blue. The sculpture—titled ‘Sustained Glass’—hangs in front of a large window that looks out onto a Berlin landscape made up of gray, nondescript and decidedly non-ornamental post-war era buildings. 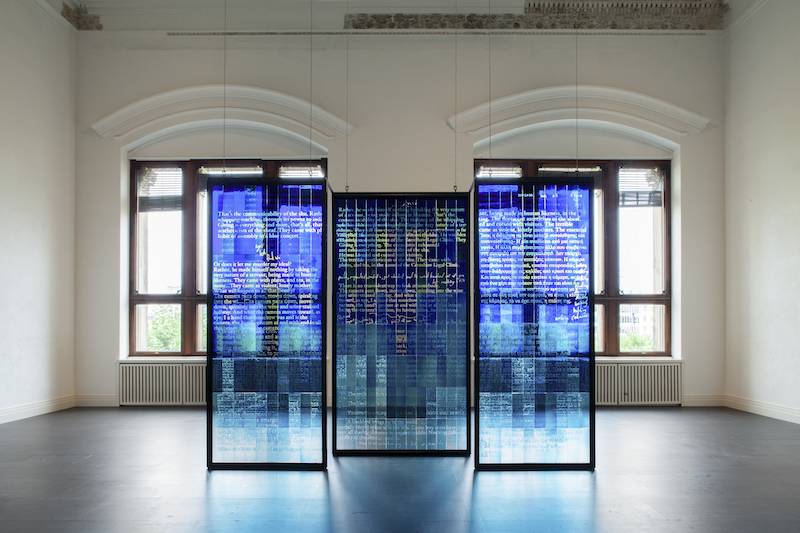 ‘Sustained Glass,’ a site-specific work, becomes a filter through which to ponder this dramatic flattening of historical representation so starkly contrasted by the two views it affords, while encompassing elements of both: the ancient German hand-blown glass tradition and the modularity of the modern Plattenbau. It highlights the in-between space, and from the get-go, we become implicated in this complex web called “looking”—at bodies, at each other, at artwork—all within an institutional art space, itself rife with the problematics of representation and othering. ‘Sustained Glass’ thus exists as a sort of tangible iteration of the colored and textual lens that all looking sustains.

The title of the exhibition comes from a text that Tsang and her regular collaborator Fred Moten co-wrote, titled ‘Sudden Rise at a Given Tune.’ The whole passage reads: “Maybe the distinction is between sympathy and empathy – one emerging from a point of view, the other occurring in the other occurring in shatter and embrace. There is no nonviolent way to look at somebody. The camera pans down, moves down, spiralling into the wine and urine-stained hallway.”

Violence may seem like a heavy word, but the question the exhibition proposes isn’t whether or not there are, in fact, non-violent ways to look at somebody, but rather how we may all be implicated in the distribution of tangible and intangible hurt, and whether there is a way to circumvent the double-bind that ties looking, figuring and representing, to violence. It isn’t so much about being polemical, but trades on the timbre of polemics to reveal the ubiquity of power. The project central to Tsang’s work is a negotiation of the role and responsibility of the camera. She is quoted in one of the texts accompanying to exhibition, asking: “What if the camera was not an omniscient eye or master narrator – but instead just another element of the entanglement?” 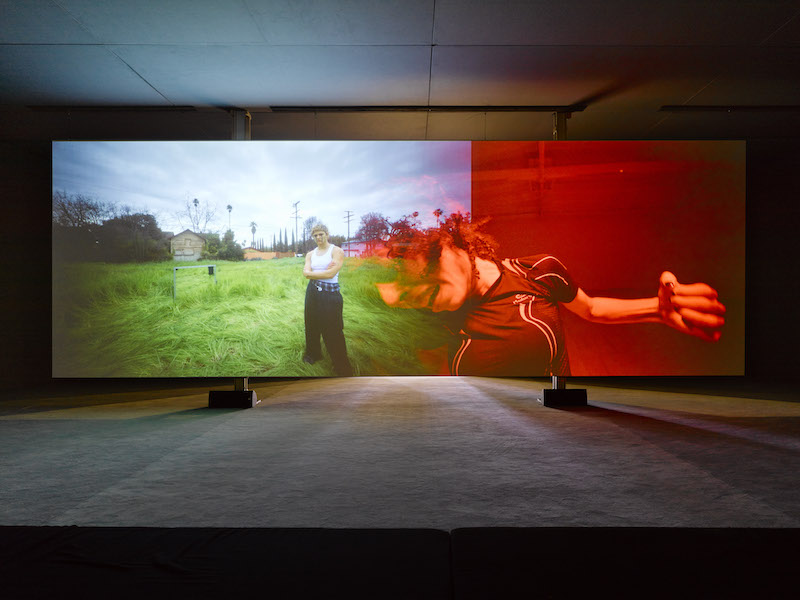 Her question is most directly addressed in the film installation ‘We hold where study,’ which is composed of two projections that overlap in the middle. Each projection depicts a duo of dancers whose movements deliberate a jarring sense of struggle. At certain points, the camera swivels sharply towards the performers, who fall on their backs, as if shot by a gun. While clearly drawing attention to the parallel meanings of “shooting”—one with a weapon, the other with a camera—the piece goes further in reiterating what we already know, that not only is physical violence disproportionately inflicted upon bodies of color and trans bodies but, perhaps more to the point, that representations of trauma and pain, that the images of brutality we as a society are accustomed to seeing, are just as often imposed upon the same bodies.

If looking is always violent and representation always political and invasive, how then, does an artist and filmmaker concerned with documentary filmmaking do her work? Tsang answers in a few different ways: by sharing (and thus undoing) authorship, by opacity and by fiction. Several of her collaborators, including poet Fred Moten and performance artist boychild, are present throughout the exhibition, as authors, subjects, muses and references. While sometimes the intertextuality feels like an exclusive “cool kids’ club” (they, in fact, call themselves “the band”), it does perform magic by creating literal space from the metaphorical space of dialogue and by insisting upon work-as-friendship and vice versa. In fact, the short film ‘Girl Talk,’ which depicts Moten dancing euphorically in a sun-lit garden, offers a rare moment of joy and lightness in an otherwise weighty exhibition. 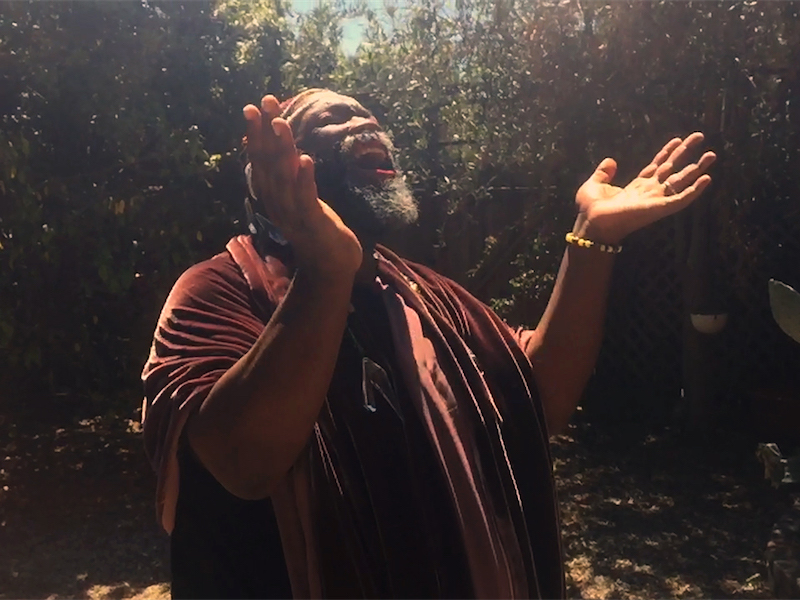 Tsang’s latest film, ‘One emerging from a point of view,’ is shot on the Greek island Lesbos, where thousands of migrants have landed as they flee violence in their countries of origin. The film nimbly dances between narrators, subjects and authors. The two main narrators of the film are photojournalist Eirini Vourloumis, reading excerpts from ‘The Mermaid Madonna’ by Stratis Myrivilis, and Yassmine Flowers, a transgender woman who arrived on Lesbos after months of traveling and whose story is fictionalized to read like an ancient Greek myth. The documentary elements blend with the fictional ones, both in the weaving together of narratives as well as in the layering of the projections. And as we have taken the cue to find meaning in the overlapping, the in-between spaces, it is not so much fact versus fiction but rather a sort of dialectic, a continuous creation. And it might be a bit contrived here to spell out what is tried-and-trued about fiction itself: that it is often the only viable option in the midst of unrepresentable pain. 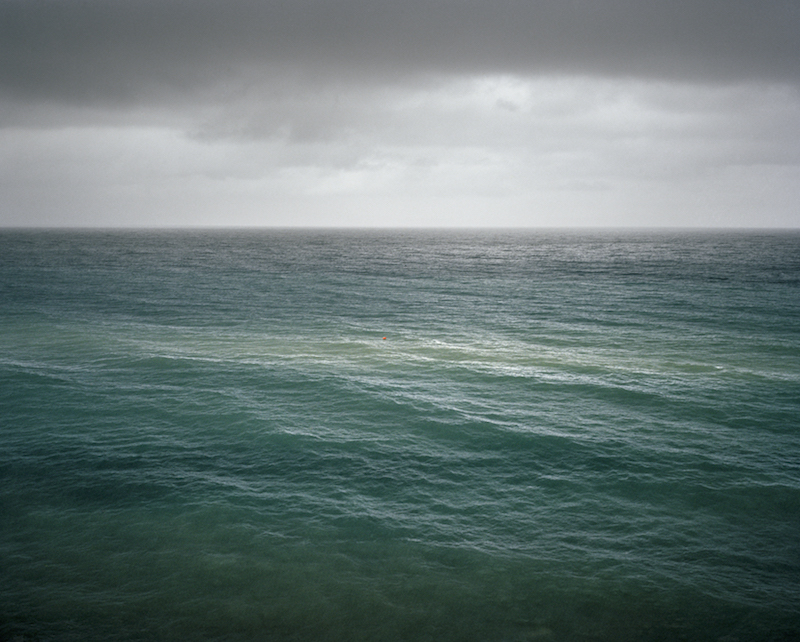 If we continue to parse out the title of the exhibition, ‘There is no non-violent way to look at somebody,’ the “somebody,” or some “body,” might also be a body of work, a body of text, a body of knowledge. And in ‘One emerging from a point of view,’ Greece is described as a mermaid: an in-between sort of body, a body that is also land, history and statehood (however fictional that concept may be). Placed within the confines of looking-always-begets-violence, this line of thought might end up somewhere quite devastating, but Tsang manages to somehow keep us afloat.

The word “opacity” is brought up a lot throughout the texts that accompany the exhibition. I am drawn to the idea of opacity as an “ethical stance, which acknowledges the problem of the West demanding ‘transparency’ when indeed so much of experience and identity exceeds categorization.” But casting opacity and transparency as dichotomous feels reductive because it somehow assumes seeing is understanding. If there is a “point” of the exhibition, it is precisely that everything exists within the space between opacity and transparency, and that in fact these poles are arbitrary, for to be opaque isn’t somehow an innate characteristic of the looked-upon, but rather a consequence of looking and being looked at. Resistance is not refusal. Just like how sentences are rarely presented in their entirety in ‘Sustained Glass,’ Tsang resists the many standard “functions” of camera and documentary, thus thwarting the way we have become so accustomed to consuming images of suffering. And so, resistance is in fact an insistence on staying within the in-between space and regarding it not only as transitional, but imperative and abundant. 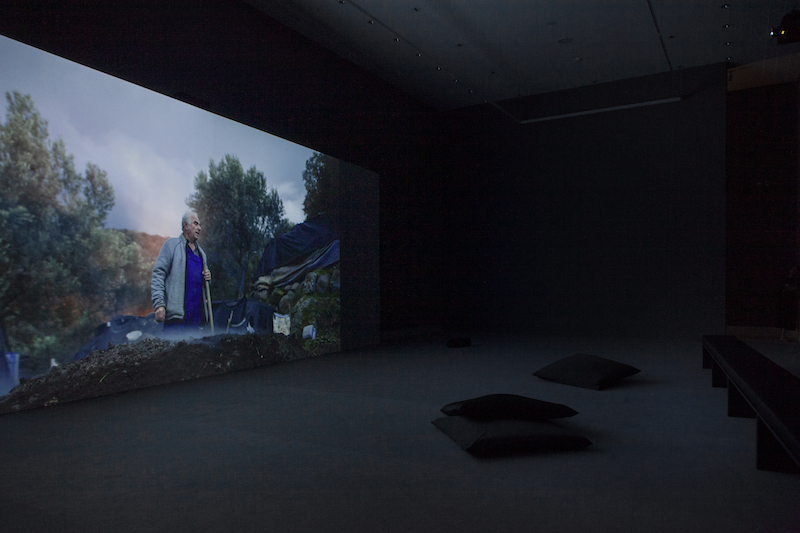