As if an unintentional rejoinder to Ralph Rugoff’s already much-discussed Venice Biennale appeal that one live in “interesting times” (to say nothing of the phrase’s apocryphal genesis as a Chinese curse), the title of the recently opened Singapore Biennale—’Every Step in the Right Direction’—trades glibness and passivity with agency, activity and momentum.

Overseen by Artistic Director Patrick Flores with contributions by curators Andrea Fam, Goh Sze Ying, Renan Laru-an, Anca Verona Mihulet, John Tung and Vipash Purichanont, the Biennale’s individual works on display, as well as a number of its curatorial clusters, evinced and responded to ideas of movement and circulation in ways both literal, symbolic, poetic and political. 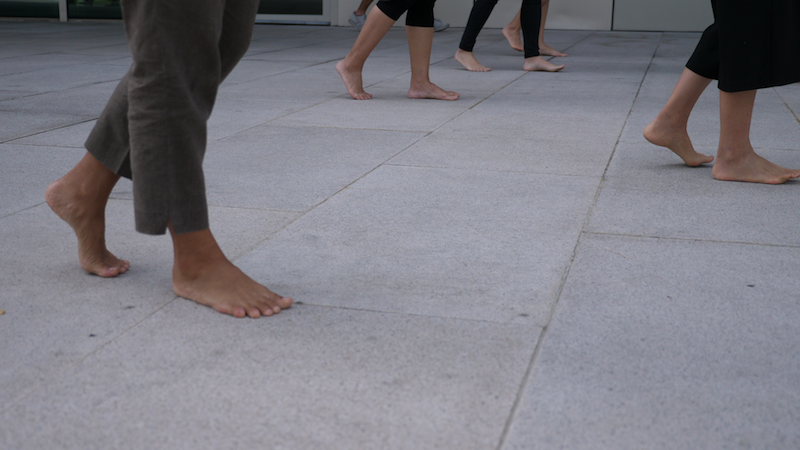 Most explicit were the images by local artist Amanda Heng, installed on the temporary facade surrounding the Singapore Art Museum, the Biennale’s home institution, which is otherwise currently closed for renovations. A continuation of the 1999 project ‘Let’s Walk’—her staged photographs of women moving backwards, with high-heels and other symbols of femininity in their mouths—refutes the patriarchal concept of the flâneur and offers a reminder that freedom of movement precludes any question of steps, regardless of direction.

Heng’s work was the first of many hints that the title of this year’s exhibition contained a latent irony, and a number of the works displayed a healthy sense of trepidation towards histories of expansion and problematic concepts of “progress,” with issues of migration (both forced and chosen) seen as a repeated concern. 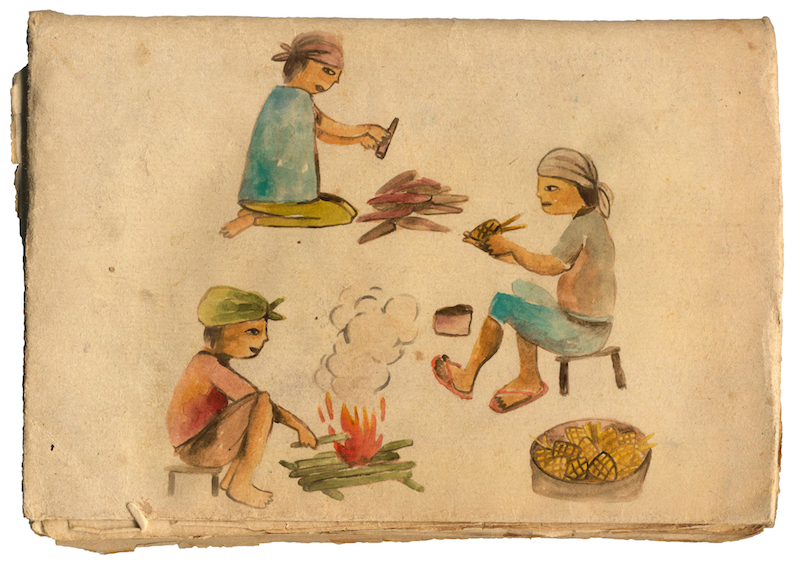 Perhaps unsurprisingly, several of the works in the selection responded to exploratory, exploitative and still deeply-felt histories of European colonialism, particularly in the context of Southeast Asia. Described as a “para-curatorial project,” one of the highlights was ‘the Mamitua Saber Project,’ three large-scale installations by artists and collectives from Manila (Mark Sanchez), Jogjakarta (Bakudapan Food Study Group) and Beijing (**PROPAGANDA DEPARTMENT), responding to the legacy of the Mindanao educator and cultural worker. An effort which aligns with the Biennale’ overall themes of “tracing and retracing” (in the words of Flores), Bakudapan Food Study Group’s contribution examined the lingering histories of colonial trade on contemporary food routes. At once academic and tactile, with a mix of maps, illustrations and other objects and circulation routes, the project turned an innocuous nook of the LaSalle College exhibition space into a rich and inviting site of reflection, with the warmth of a home. 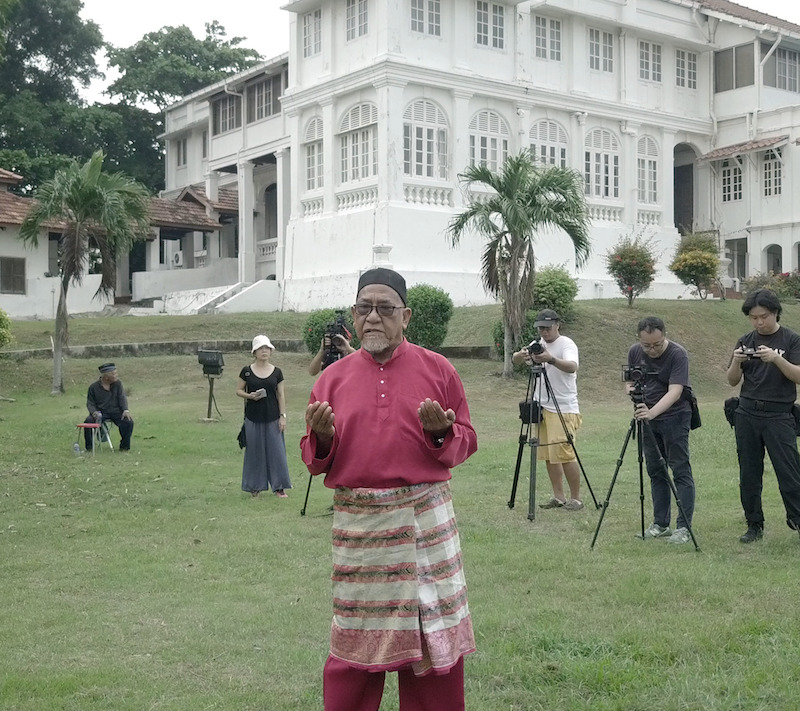 The Biennale also featured a number of new works by artists from beyond the region exploring local colonial histories, including new video works by Taiwanese artist Chia-Wei Hsu, about the connections between historical zoology in Dutch Malacca, and two projects by Wendelien van Oldenborgh, including ‘Instruction,’ a cubist analysis of a WWII Dutch military intervention in Indonesia, told primarily though staged reconstructions.

If the Biennale’s title hinted at physical navigation, the inclusion of works from a number of artist archives invited reflection on the movement through material. Such an act was aided by a series of “supports” by Céline Condorelli situated throughout the galleries, consisting of custom-built seats and a publication of material from five artist holdings, inviting and appealing to momentary pause on the part of the visitor. 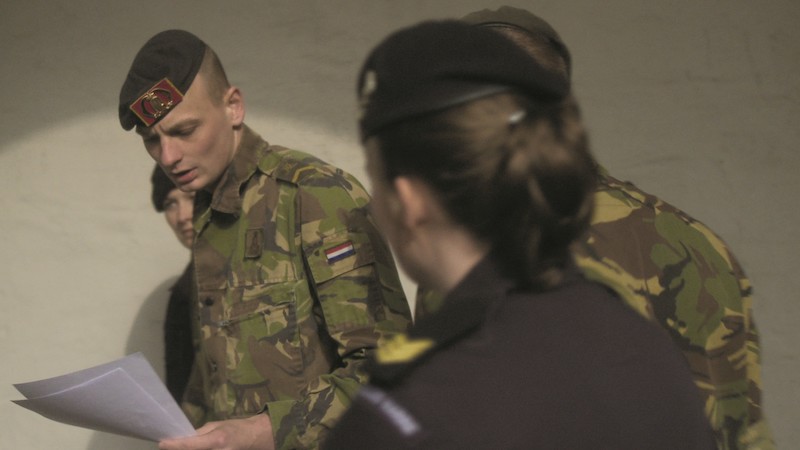 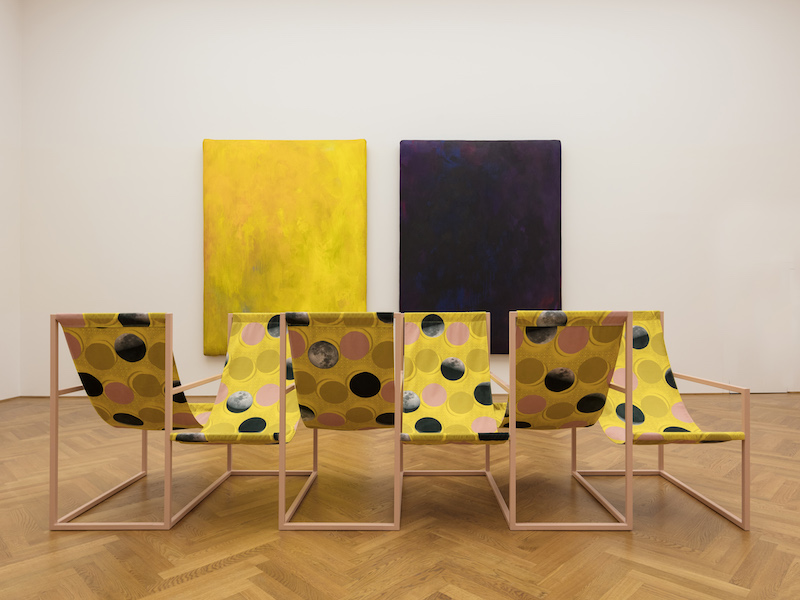 Likewise, for all the concern with steps in the right direction, the inclusion of archival work and its contemporary resonances proved to be a welcome opportunity to look both backwards and forwards, with a selection of photographs and sound by the late Korean-American artist Theresa Has Kyung Cha among the most transfixing. Produced in preparation for an unrealized exhibition, ‘Untitled (Theresa’s Last Work)’ consisted of black and white photographs of hands and embraces in Renaissance and Baroque paintings from New York’s Metropolitan Museum, with the opacity around their final use rendering the fragments especially tender, intimate and ghostly.

An act of embrace on the part of the curatorial team, Cha’s work was positioned next to Greek artist Petros Moris’ response to the plays of language in the former’s experimental novel ‘Dictée,’ with mounted sculptures of marble and copper that mimicked the folds of fabrics, producing an effect at once blocky and smooth. While Cha’s contribution may have been unfinished at the time of her death, and any encounter with the photos was infused with sadness, the decision to emphasize the continued global influence and importance of the artist’s work in an exhibition predicated on motion proved to be one of the Biennale’s most moving exchanges.