“Are we there yet?” asks a carved relief in the gallery wall. “There” in Kameelah Janan Rasheed’s exhibition ‘A Casual Mathematics’ can be found between the lines of her poetic text collages. Covering the walls of NOME gallery, the black-and-white diagrammatic compositions employ a mathematical visual language. However, there is nothing precise or absolute about the equations presented by the combination of numbers, language, history, identity and politics found here. 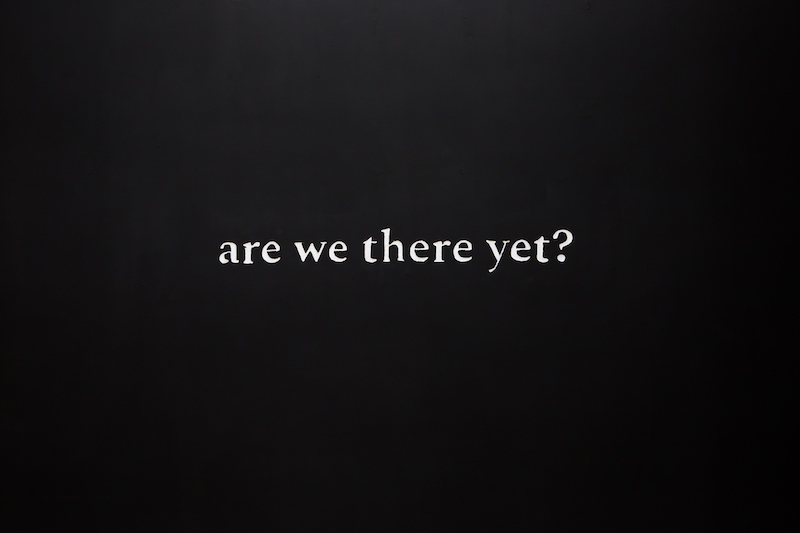 Kameelah Janan Rasheed: Are We There Yet? 2019, wall engraving // Photo by Billie Clarken, courtesy of the artist and NOME

Rasheed’s collages are constructed and worked over and over with a Xerox machine, creating visual poems of found text, numbers, lines and shapes. The final printed compositions are part of an installation that extends off the pages and onto the gallery walls. Showing me around the space, NOME director Luca Barbeni pointed to Rasheed’s personal and artistic fascination with mathematics, books and words, as well as her expressions of faith and identity as a Black-American Muslim, which populate the works.

The entangled network of words, numbers and shapes all circulate around and meditate on the problems of racial inequality and social injustice. Snippets of sentences stuck to the walls are cut from mathematical texts, but here take on a different meaning: “a > b” is read “a is greater than b.” 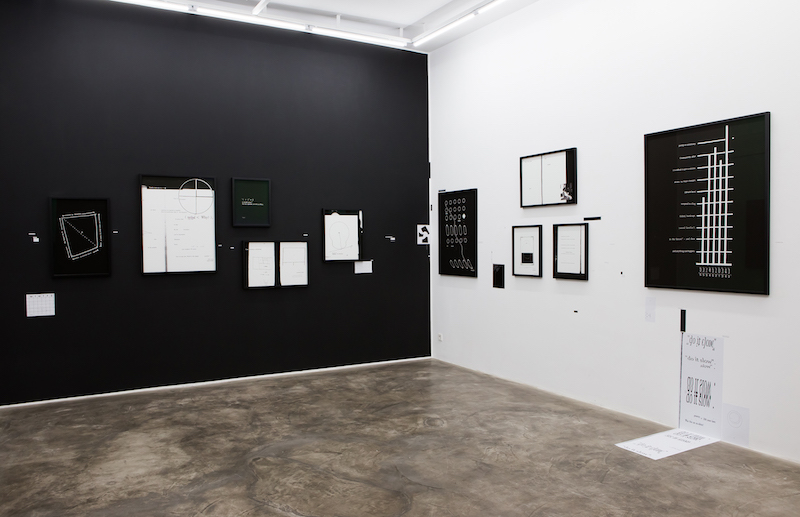 The exhibition presents the language of numbers and words as malleable and boundless. No diagram, shape or line is drawn with precision. Words replace numbers where measurements should be. It contradicts the certainty with which we approach mathematical formulas and even numbers themselves as rational, reliable and impartial. One collage constructs the sentence “sums follow the desired inequality,” suggesting the manipulation that numbers undergo in the hands of those in power. Numbers can mislead, disguise and hide, and numbers can eliminate individuality – and individuals.

One large work takes the introductory passage from Calvin Warren’s essay ‘Black Nihilism and the Politics of Hope.’ Warren compares the well-cited line from the American Declaration of Independence—“All men are created equal”—with the 1787 decision to calculate a state’s slave population for tax purposes by valuing each slave as three-fifths of a person. This violent act of mathematics eliminates the human and leaves only fractured objects. This text in its entirety sits on a table in the gallery for viewers to read, alongside a reader on Afro-Pessimism and a letter written by Martin Luther King Jr. from Birmingham City Jail. These texts underscore the exhibition with a political and theoretical foundation that charges the poems and word fragments with more potency. 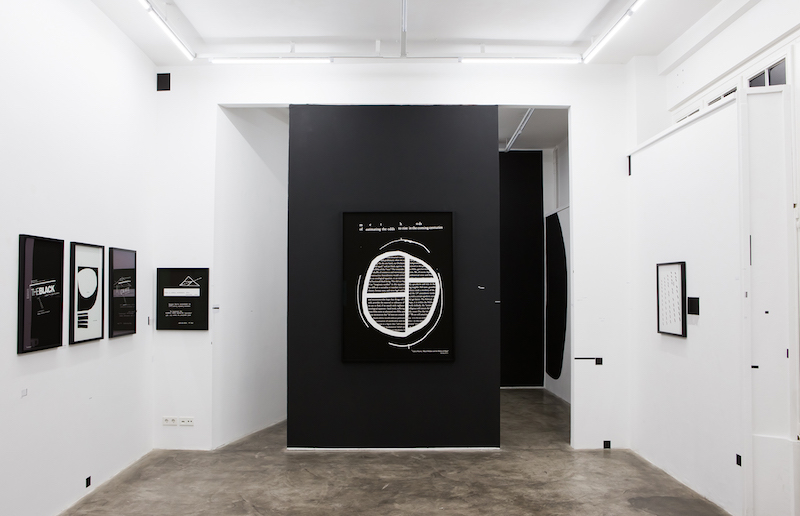 Resonating quietly through the small gallery space is a video compilation of Nina Simone performing ‘Mississippi Goddam,’ one of her most famous civil rights protest songs. The song responds to several killings of black people in Mississippi and Alabama. Simone’s four performances of the song from 1965 to 1988 are playing back to back, as if to say, from decade to decade, the problem is still here. The trajectory of racial equality from slavery to today is often framed as a linear story of bad to better. The video asks, where is the progress? Are we there yet?

‘Mississippi Goddam’ was banned in some southern states. As much as this exhibition is about the power and potential of language and forms of expression, it also speaks to the act of silencing. The collage format of the works means there are gaps and blanks between words, sentences cut away and excluded. In the prints and on the walls are recurring black rectangular strips, appearing like redacted text. The negative space of the gallery walls becomes deliberate patches of silence. 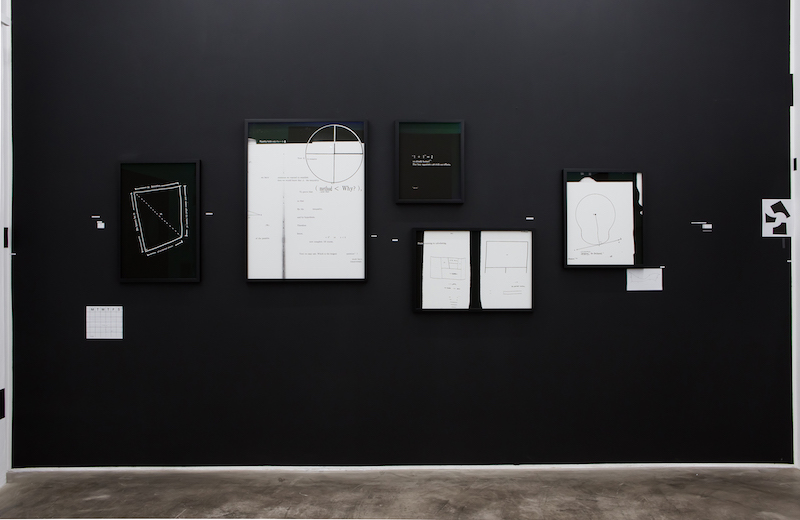 Mathematics also illuminates complexities and infinite possibilities and this is the language Rasheed uses to dismantle ideas of fixed identities and singular narratives. She uses a long division equation—where the words ‘the black’ is the numerator—to suggest black identity has many variants, it is complex and multiplicitous. On the wall reads “Numbers: rational and irrational” – like language, identity, spirituality and human nature.

Facing the impossible question that is carved into the wall, and that hangs over the exhibition, is a work with the text “the certainty” at its centre. Just around the corner are tiny the words “I still don’t know.” Rasheed’s collages refuse certainty, continuity and narrative singularity, just as they denounce the linearity of the progress narrative of racial equality. Are we there yet? Elsewhere, the gallery wall reads: “We shall now change the odds.”