The exhibition ‘Werner Büttner: Bilder 1979-2019,’ now on view at Contemporary Fine Art (CFA), shows some of the work Büttner developed throughout this period. Rough and rugged, his canvases depict commonplace objects and spaces. Büttner plays with contrast. On the same canvas, heavy impastos smother smooth surfaces and ochre grey colors are dotted with bright, unexpected highlights in vibrant details. 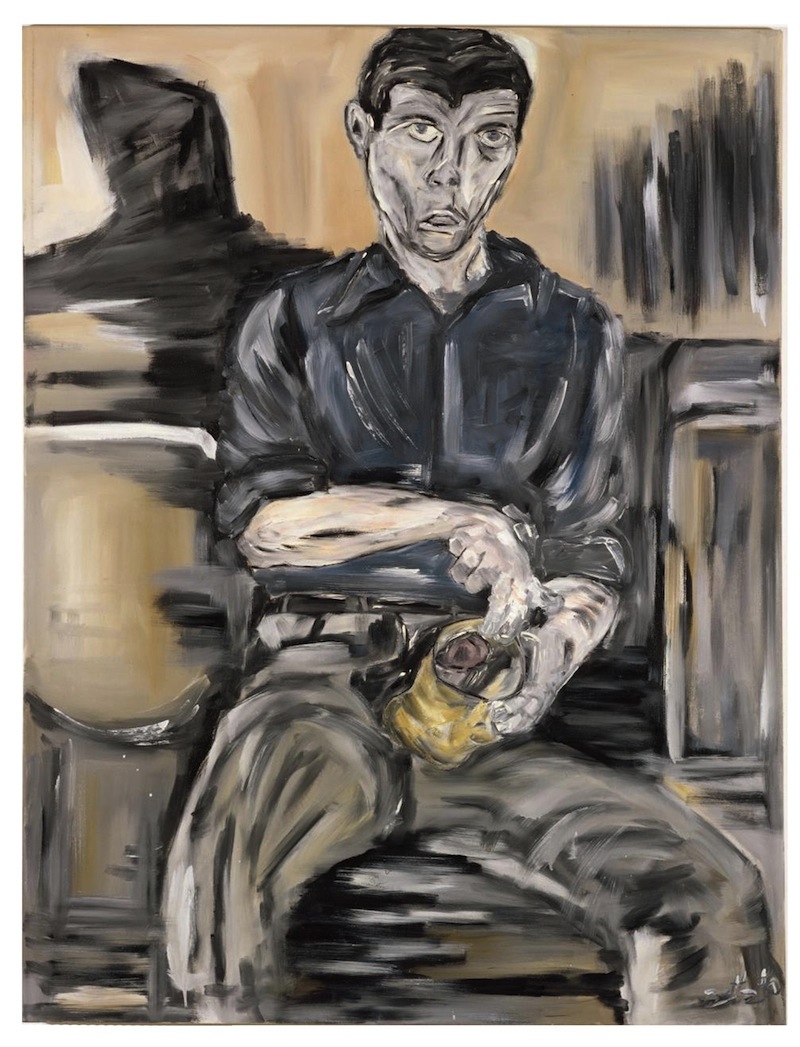 The most striking thing about this “encounter” is that, upon examining the painting further, you realize that this is perhaps not a penis at all, but a vulva. There are two lips and what appears to be a profundity, which could very possibly be a vagina. After you begin to see this, the painting changes utterly. The fingers, which at first appear to be holding the bucket, now seem to be about to tease the labia, an instant before penetration.

In this case, the only phallic element in this reading is the popcorn bucket, which envelops the labia. Inside there is something feminine, tenuous and hidden. The “confident” stare starts to appear coy, vulnerable and pleading as the sitter shows us a “secret” in the darkness of the cinema. It is impossible not to jump to countless possible conclusions and interpretations: masculinity camouflaging femininity, impotence, the fragility of exhibitionism, perhaps. 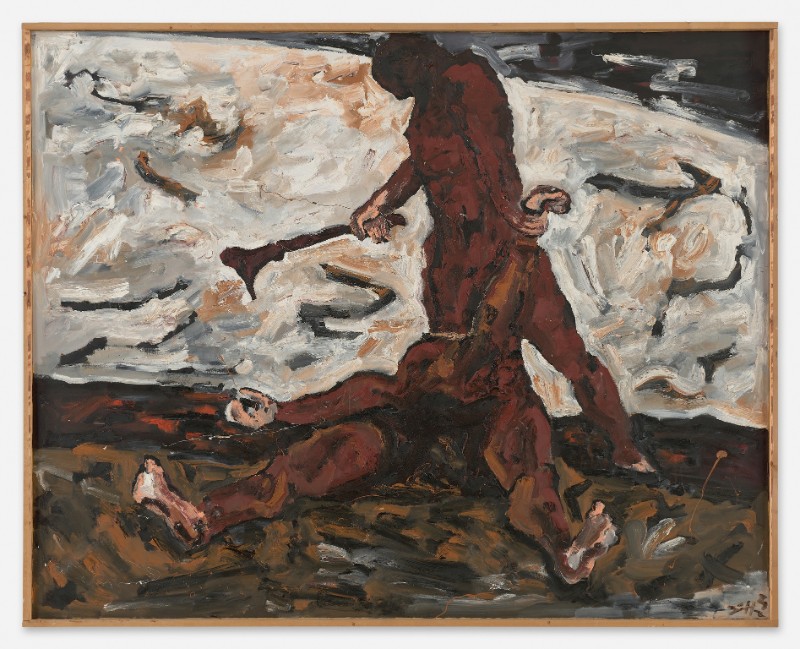 By the entrance, the monumental ‘Brüder (Kain + Abel)’ is a modern classical composition, there is no need to read the title to get the idea. Rugged and Goya-esque, it depicts the ruthless biblical story of the brothers. The piece is reminiscent of depictions like ‘Saturn Devouring his Children’ or David as he stands over the carcass of Goliath, weapon still in hand. There is something unquestionably inhuman and perturbing about this representation of the story.

While, particularly in the past, others have attempted to depict the moment of the killing—Rubens and Titian, for example—this one shows the lifeless cadaver of Abel, with dangling arms being dragged by his victorious brother. Though there are, of course, depictions of the story after the murder, they always seem to include the grief of the parents, Adam and Eve, or Cain’s penance. There is no remorse, empathy or emotion in the way the characters are portrayed here. It is a raw, cold, lifeless image of murder. Animalesque, the canvas invites you to see the second generation of mankind, according to the Old Testament, as vicious, apelike and pitiless, challenging the romantic dogmatic imagery of religion.

So, was Werner Büttner an arrogant asshole? If being an asshole is challenging a system in order to make radical work, then yes. But isn’t that what all great artists do?