It’s unclear what the move to virtual reality contributes to the morbid, sexual humor of Nathalie Djurberg, who has made a name for herself with claymation, adult-themed fairytales set to moody soundscapes by Hans Berg. Though she continues to use the same motifs, they take on a different meaning in the digital realm. Her analog animations could easily be indexed into Freud’s anal stage of childhood development, where the ego must balance the compulsions of the id with the demands of the superego. In this phase, the toddler learns to control the “erogenous zone” of the anus, or refuses to control it as a means of resisting conditioning. If her clay is ersatz fecal matter, then Djurberg has spent a lot of time playing with her own shit and, in doing so, has tested the boundaries of—in the words of Lena Essling from the Schirn Kunsthalle catalogue—“artistic freedom and compulsive vice.” Whether or not her approach is convincing is up for debate, but in its relation to her material, interpretation is at least as playfully malleable as her medium of choice. 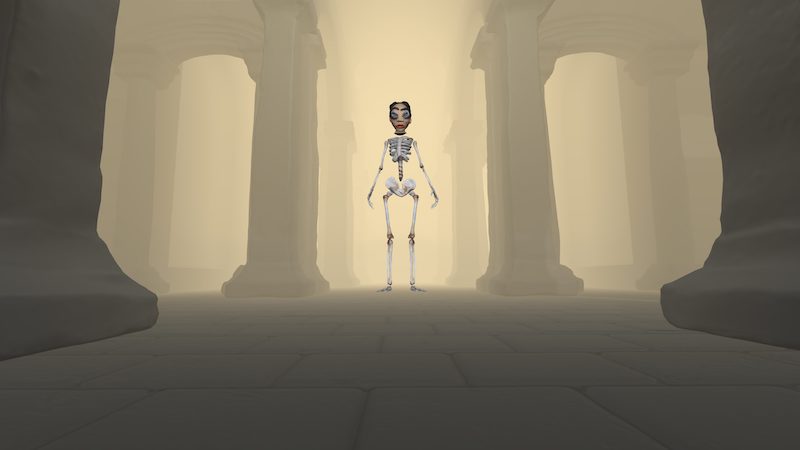 ‘It Will End in Stars’ (2018), a virtual reality piece by Djurberg and Berg, on view at Julia Stoschek Collection and produced through Acute Art, loses this materiality in the transference of technology. The reasons are many. Virtual reality is still young, therefore clunky, sometimes malfunctioning. As a medium it has not yet developed its own artistic vocabulary, but tends to repeat hallucinatory tropes that are inevitably seductive, if not always interesting. In this case, the work loses its visceral quality even though it engages the body of the viewer through interaction. Djurberg’s fairytale themes are not intuitively connected to the new medium, rendering the product strangely illustrative rather than experiential. The illustrative quality is also a result of the prescriptive nature of VR. The viewer doesn’t become a participant, as much as a puppet, fulfilling a set of instructions whispered by the supervising gallery attendant so as to unlock hidden scenes.

In the case of ‘It Will End in Stars,’ the sequence of events is relatively simple, and I will describe them here so you might want to skip this paragraph if you haven’t seen the work. You start in what looks like a charcoal-drawn forest. The attendant guides you in the deceptively simple task of walking into a hut. Once you succeed in opening the door rather than walking into its frame, you’ll confront a wolf lounging in an armchair. He motions for you to give him a cigarette, then dances with you, or inside you, depending on where you stand. You are prompted to tap objects that transport you into different worlds. Touch the tiny naked woman in the cage and you warp to a place where you are the tiny one and she, sometimes clothed in the limbs of others or sometimes naked and missing a limb, voluminously towers in the distance. If you get too close, you are pulled in between her legs. Naturally you look up, or at least I did, to see her descending vulva and through the wormhole of her vagina you are transported into the stars. 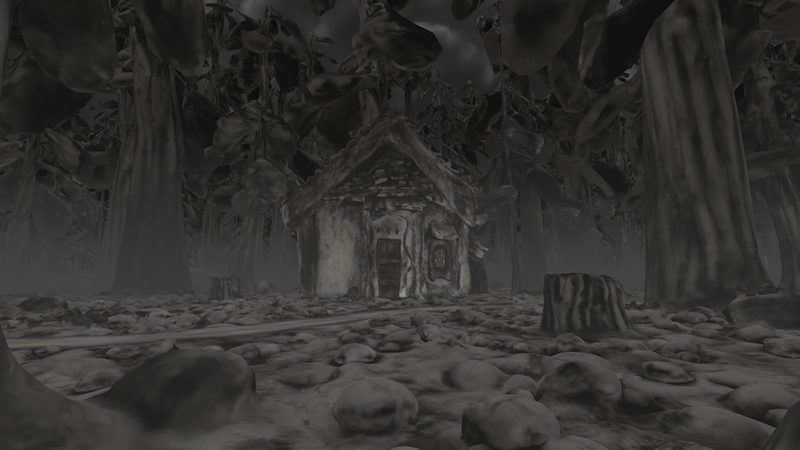 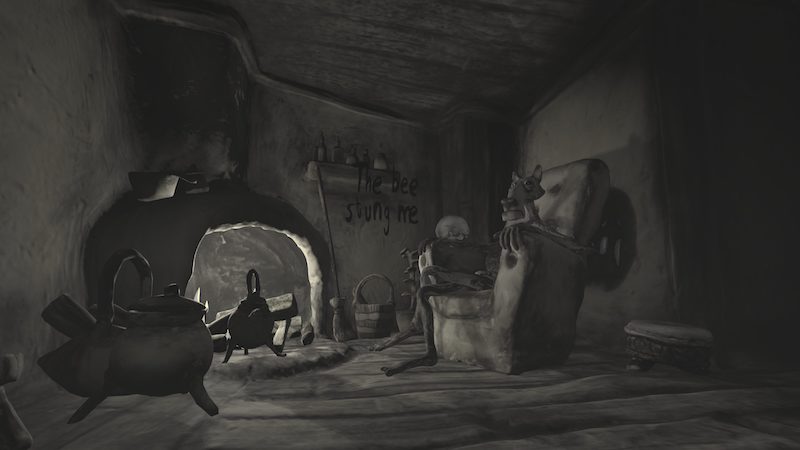 As physical as the description sounds, the experience was actually disembodying. In the virtual realm, bodies and objects do not follow the rules of the analog world. We don’t hold, we tap. Our fingers sink into objects we are prompted to touch. If we don’t move the right way, our surroundings don’t respond. This is why, despite their lack of “interactivity,” Djurberg’s clay worlds feel more physical. The hands of the artist are imprinted into the squishy material itself, and this touch prompts it into obscene positions. Bodies are not digitally smooth but mottled, evoking cellulite. In some of the more disturbing films they are torn apart and, most disturbingly of all, they are often grotesquely sexualized female bodies, with heavy puckered breasts and swollen lips, that meet this fate. Because of the physicality of the clay and its reference to childhood, these images become even more transgressive, slightly sickening, even if one is compelled to stare the way one might at the scene of a car crash.

Claymation is tied to childhood in the same way simulated reality is tied to gaming, at least for those of Djurberg’s generation. This means that the artist’s darkly sexualized world is consistent with the tropes of a medium primarily aimed at adolescent males. Sexualized women and women sexualized in violent situations have long been a staple of video game culture. This was most famously the case in Grand Theft Auto V, which allowed viewers to experience sex with a prostitute in a first person perspective and then punch her to take back the money. While being transported through a gigantic naked woman’s vagina might seem like a role reversal in comparison, it would be a stretch to describe the imagery as critical in its provocation, especially when lulled into the scenes by Berg’s atmospheric soundtracks. 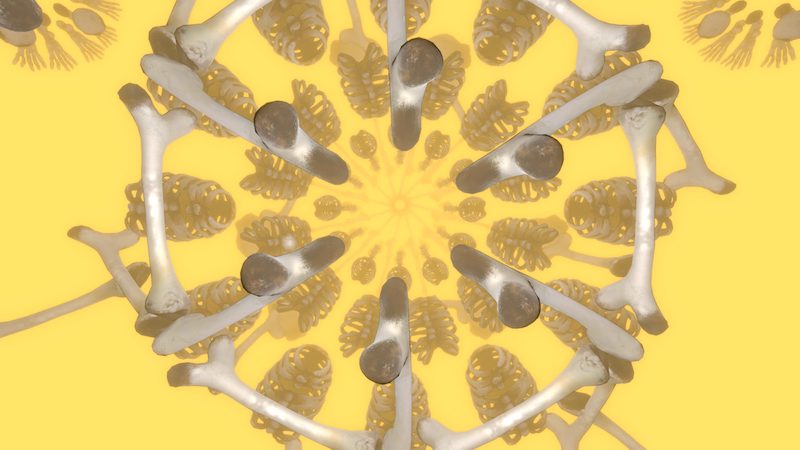 It is no wonder that Acute Art’s artistic director, Daniel Birnbaum, was so tentative in his introduction of VR during the press preview. He thanked Julia Stoschek for being an active part in the “experiment,” even though he admitted it is unclear where the finished works will ultimately land. He also mentioned that Djurberg and Berg are currently working on their second piece with Acute Art, which I hope will develop a vocabulary of its own, one that stands in tension with the social reality and the bodily irreality of what, I am now convinced, is a misnamed medium.