As stories of environmental devastation fill our daily news feeds at an increasing rate, how do we come to terms with the fact that we are living in an era of unprecedented destruction? For the five artists in ‘Presence in the Absence’ at Alexander Levy, instances of tragedy are processed by reframing historical events to make sense of a present that seems close to the brink of collapse, and suggestions are made about possible outcomes for the future. 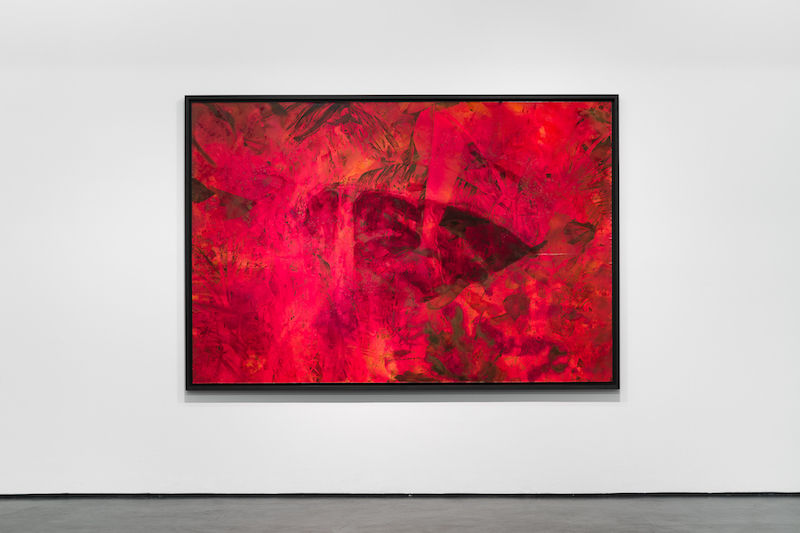 The ongoing trauma of colonial history is a recurring theme throughout the show, and through photography Thu Van Tran focuses on the social and environmental horrors of Vietnam’s colonial past. ‘From Green to Orange’ is a silver gelatin print that has been developed in a bath of rust and dye, giving the print the appearance of what looks like broad, red-brown brush strokes. Although obscured by the chemical reaction, vegetation slowly reveals itself and you realise that you’re looking at a dense jungle of rubber trees supposedly alight: a ravaged hallucination referencing the US military’s agent-orange attacks during the Vietnam War.

While each artist uses landscape as a backdrop to explore the personal and collective impacts of political and environmental despair, Ella Littwittz turns to earth itself as the material for her sculptural work. As an Israeli National, Littwitz is denied entry to 23 countries and territories and so has created her small circular sculpture consisting of the sandy earth of those lands, to reflect on states and borders and the limitations they impose. 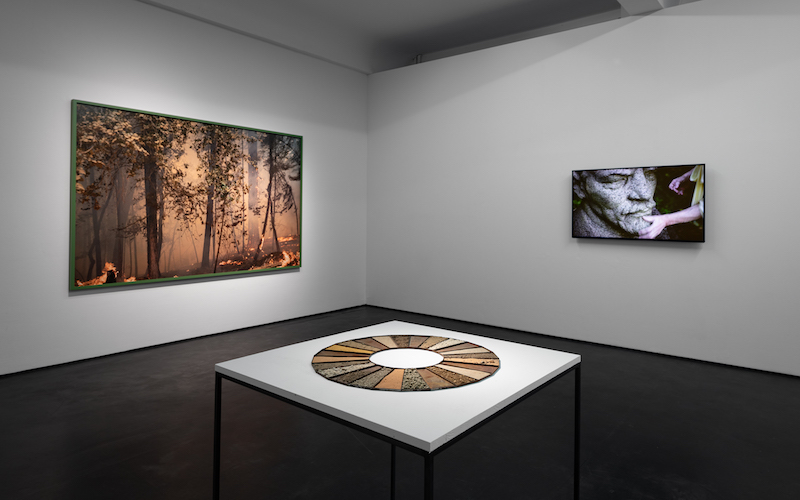 A very different occupation is explored by Emilija Škarnulytė through her film ‘Aldona,’ in which she documents the daily routine of her grandmother, who lost her eyesight due to the Chernobyl nuclear disaster. Here, we see Aldona feeling her way through household chores, peeling apples and making cheese. We follow her as she walks into an open-air museum of sculptures from the Soviet occupation of Lithuania. We see her take in the aging sculptures of Stalin and Lenin by slowly investigating them with her hands, making sense of the contours of these fallen leaders and a past that has forever shaped her. Here, Škarnulytė re-forms a collective history into an incredibly personal one, by finding the poetic in the mundanities of life.

Julius von Bismarck and Fabian Knecht approach catastrophe by turning their cameras to scenes of the everyday as well, but rather than reflecting on a specific history, they are looking toward the future. While Knecht takes the view of a street in Berlin Mitte, in which he has removed all cars in order to create an uncanny image of an alternative urban life, von Bismarck has been documenting another scene that has sadly become too familiar in the age of global warming. Von Bismarck visited five international fires, each of which contributed to the worst fire season on record, documenting the destruction from a unique perspective. The result is eerily tranquil. A large-scale image of the still-smouldering remains of a once-green forest is removed from the surrounding global context, which von Bismarck seeks to critique. 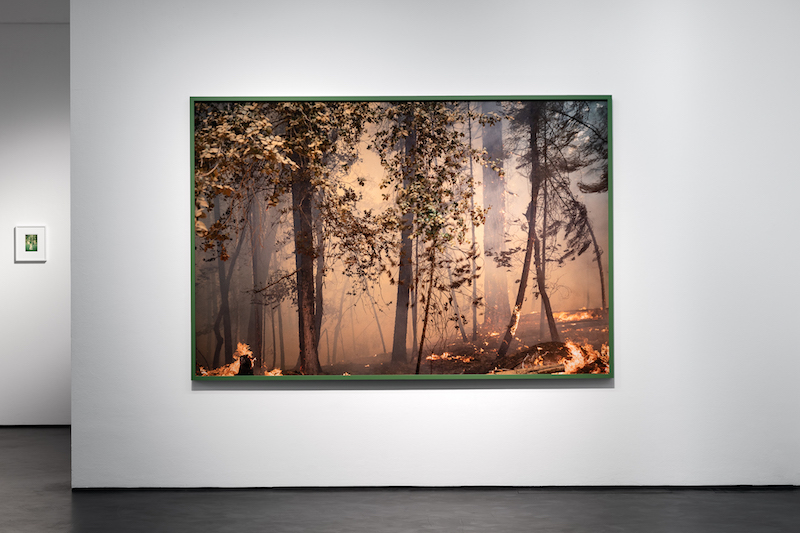 By recontextualising these images of the everyday, von Bismarck and Knecht are asking us to rethink how we see the present. Whether through an image of an urban street or an image of total catastrophe they seek to turn our attention towards the future. In this way, by presenting works which are foregrounded by historical and present-day moments of human-made calamity, ‘Presence in the Absence’ is an invitation to rethink where we are headed as a society. Do we want this to become the new normal?