In the London society of the late 19th century, an elite coterie of “clever men and pretty women” sought a social refuge from the debates that were raging about the extension of Irish home rule. In a conversation with some of the group’s members, the Irish-born parliamentarian and colonial naval officer Charles William Beresford is credited with granting this self-consciously apolitical group of the smart-set its name: “You all sit and talk about each other’s souls – I shall call you ‘the Souls’.” And thus was created one of history’s most elite—and art-historically significant—social networks. John Singer Sargeant’s famous portrait of the Wyndham sisters includes a prominent “Soul,” Mary Charteris (or Lady Elcho to give her her title). How much of Lady Elcho’s soul does Sargeant capture? No doubt some, but the inherent self-consciousness of sitting for a portrait assures that for whatever is revealed, some other quality of the person is lost. The proposition of a painting that captures a “soul”—or even a Soul—is one of the thorniest geographies portraiture traverses; the works of Henrik Potter, collected at PSM Gallery in an exhibition entitled ‘Souls,’ approaches the task at a slant. Potter eschews traditional painterly representation as a means of conveying the essence of personality. 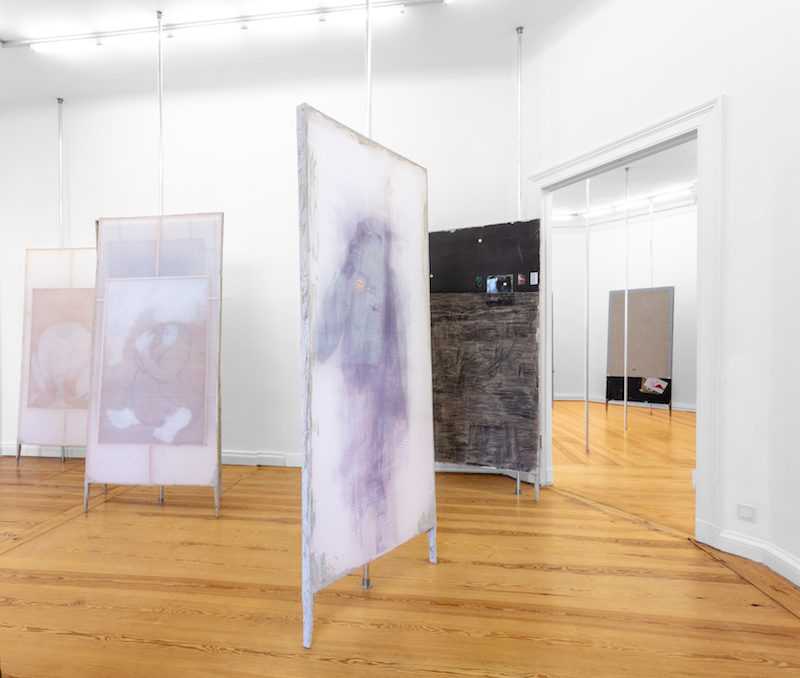 Potter’s works are paintings in a material sense (i.e. they involve paint) but they tell their stories using a variety of media and forms. The works could be said, in the words of another soul doctor of the 19th century, Walt Whitman, to “contain multitudes.” They are composed of painterly marks, accretions of pigment and clay, sometimes photographs, sometimes knotted or draped fabrics; sometimes they contain other paintings. Some works explicitly integrate the human form, as in ‘Figure (sitting / awkward) / After FS.’ But, more often, the works include suggestions of the form as in ‘Then and now / a present future perhaps? Tu me l’as déjà dit / ein Porträt vielleicht,’ which integrates a military style jacket covered in patches, a pink breast cancer research ribbon, various smiley faces, a yin-yang design and, perhaps inevitably, “shit happens.” Meanings pour out but no single meaning can be fixed. 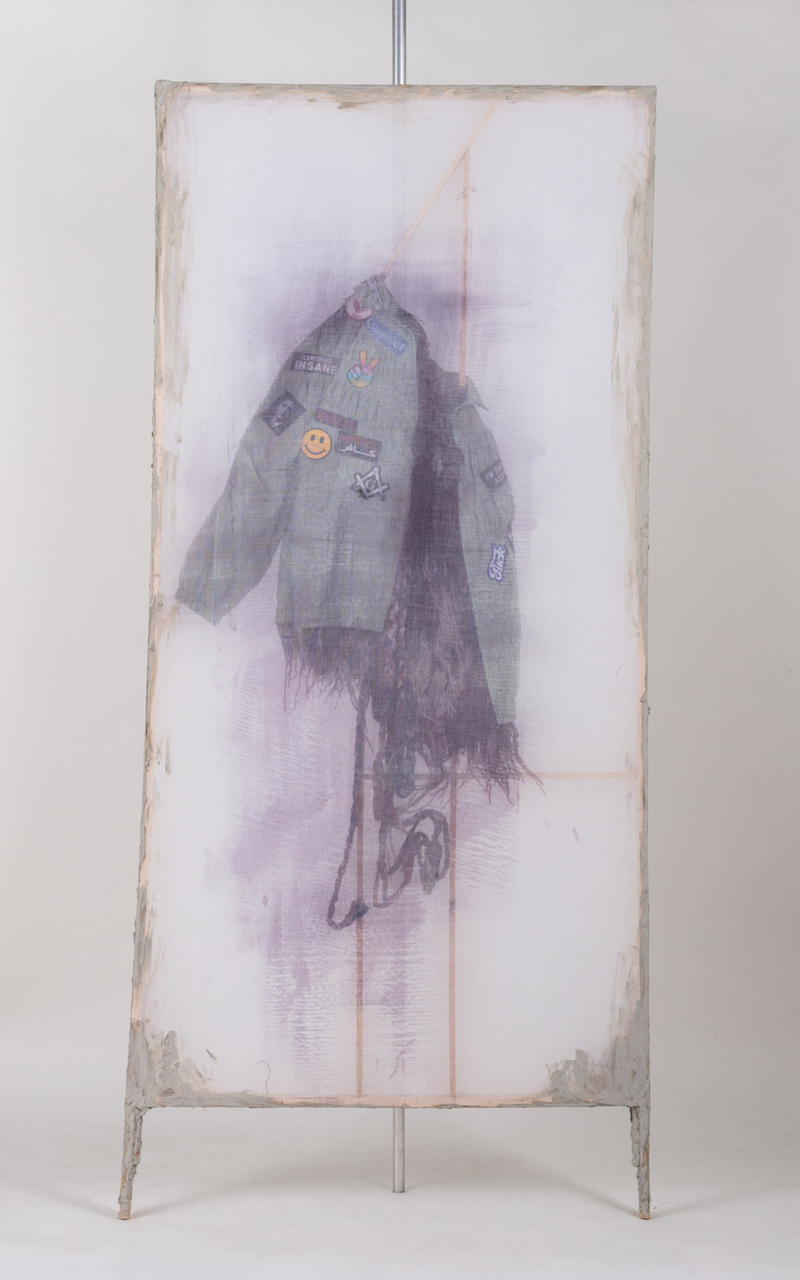 In a sense, the works are almost like materialised fragments of memory. There is an undigested quality to these fragments that provides the various “souls” stationed around the gallery with an immediacy and visceral quality that belies the sometimes dreaminess the works collectively exert. The visceral feeling is sometimes literal, as when the hazy face of Sinead O’Connor from the video for her cover version of Prince’s ‘Nothing Compares 2 U’ is overlain with a photograph of a bloody, mutilated hand in ‘Mourning Bell (reprise).’ Potter’s works are at their strongest when they retain their mystery, or at least their indeterminacy. In the loggia space, Potter presents several frame works that strip away the fibre and muslin to reveal the bare wood that lies beneath the constructions; these works ironically speak less eloquently for their clarity. It is in the suggestive grey zones Potter creates in PSM’s main spaces that the works feel the most like genuine souls, riven with contractions and half-articulated desires and fears. Potter, at his best, seems to find a way of expressing this uncomfortable truth: that often the soul is most truly glimpsed when it is least knowable. 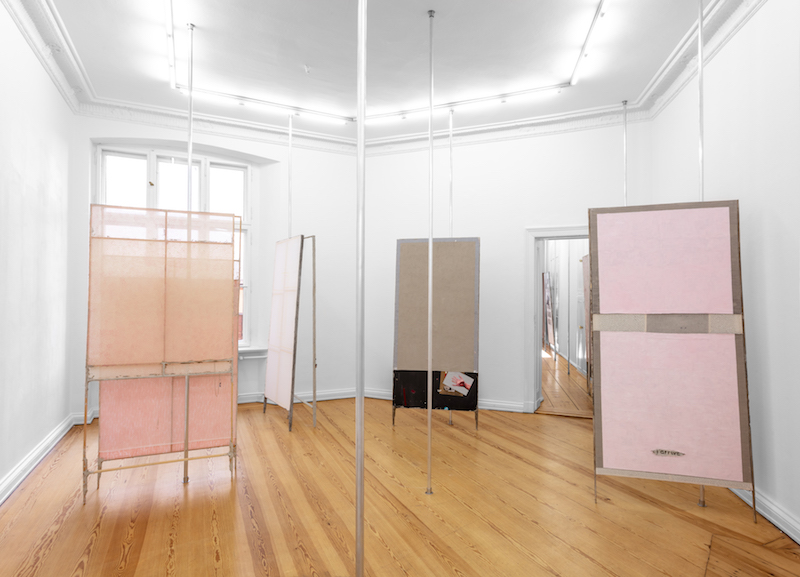