To be creative when Romania was part of the Eastern Bloc was to either conform to the strictures of censorship and Social Realism or to find ways to take your practice underground, shifting to more ephemeral forms of art, such as performance, or even simply never showing your work outside of the studio. For some Romanian artists, the more appealing option was to seek creative refuge across borders in other major European cities, like Paris or Berlin. But with this migration came new challenges of adaptation and displacement: not only to a new place and culture, but a new art world. 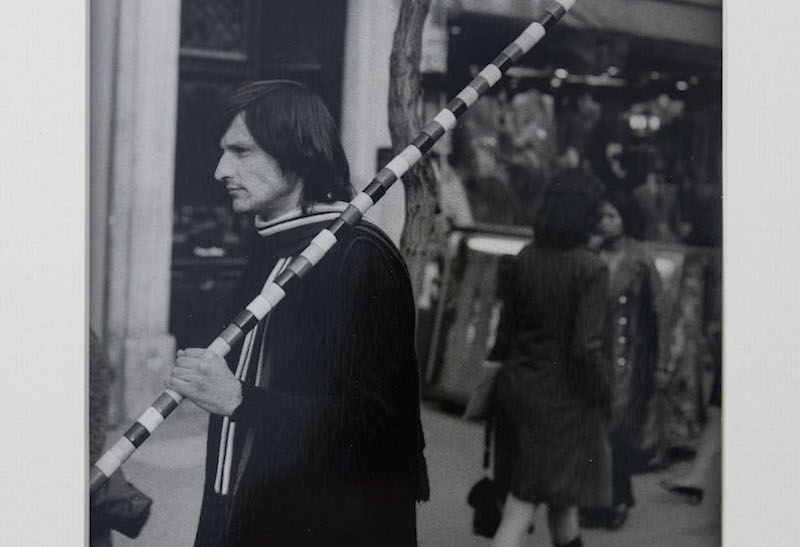 The archival exhibition ‘This part that seemingly needs to get out through a place in my body’ at Spike Berlin focuses on the lives and work of Romanian artists who migrated to the West during the Communist period and, more specifically, the divide between the two worlds and the way history has portrayed them. Presented in collaboration with Bucharest-based Salonul de proiecte, this exhibition narrativises the emigration of under-appreciated Romanian artists, as well as those better known internationally. A mix of artwork and archival materials are organised loosely chronologically, to present an alternate history, one that re-centres the art world around a Romanian diasporic experience.

One of the (now) recognised artists that features in this show is Ion Grigorescu. A central figure in the Romanian neo-avant-garde, Grigorescu worked in relative isolation during the years of Communist rule and did not exhibit his works publicly until after the Romanian Revolution of 1989. In a time where international travel was a rare and life-changing experience, it was abroad that Grigorescu was able to find some creative reprieve. His film ‘The Truths of the World of Capital’ from 1977 documents his first trip abroad and an opening-up of the artist’s practice. However, with this new-found freedom also came a realisation that there was more than borders and ideology separating the East and West. It was in Paris where Grigorescu met Christian Boltanski, who expressed his opinion that “the history of art is written in the West.” This was a harsh statement for many of these artists, as they tried to make a name for themselves in much larger metropoles. And it is this very art historical narrative that the show attempts to rewrite. 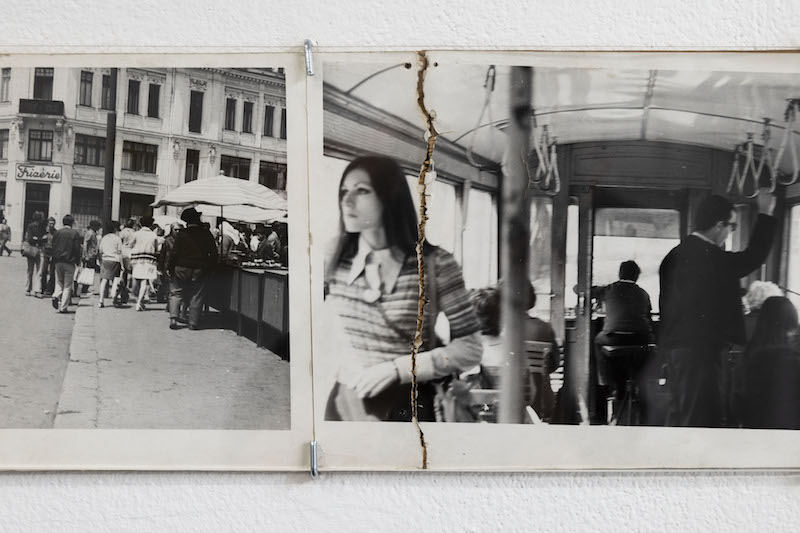 These feelings of obscurity are evident throughout much of the text-heavy exhibition, but where they are most apparent are in the letters that link each artist’s work. Interspersed throughout the show, written correspondence from artist to artist hangs perpendicular to the wall on double-sided metal panels. The letters interrupt the way you engage with the space physically as you move between each artist’s work, which is a welcome divergence from the didactic tendencies of many archival shows. These private gleanings into the diasporic experience provide insight into each individual narrative and the relationships between specific artists at the time, which collectively contribute to the rewriting of this history.

Take, for example, a dialogue between Grigorescu and the lesser-known Florina Lăzărescu (Coulin) in which Grigorescu asks “But where is Romania, the homeland, the friends among whom you feel good, without feeling uprooted, without any guilt that you have done something bad?” It is through these personal expressions of an individual experience that a collective history forms and it is in these moments that this exhibition succeeds. 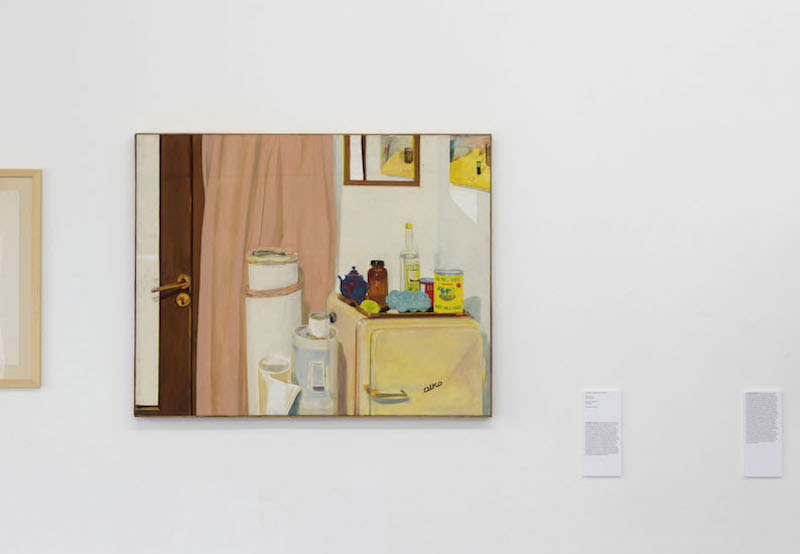 As someone who is relatively new to the city of Berlin, I am more than familiar with this process of re-centering, of having to shift a referential frame and render a previous one irrelevant. But perhaps as a relative newcomer to Europe I found this exhibition more difficult to engage with than most, not already being as familiar with the history of Eastern Europe. Through the contributions of fourteen artists, Salonul de proiecte have attempted to subvert the usual approach of presenting an archival history, in order to rewrite and re-centre this history. Had they ventured further from the archival format typically used in historical museological display, these stories could have been more easily accessed.

‘This part that seemingly needs to get out through a place in my body’ was originally shown in Bucharest and, like the artists themselves, has since crossed borders to be shown in Belgium, before making its way to Berlin. As I walked around reading each artist’s individual story and slowly making sense of Romania’s Communist history, I thought about the migration of this show and how its reception could change from place to place. I couldn’t help but feel like maybe it was fitting that I found difficulty in engaging with a show that aims to subvert the very perspective I assume.

SPIKE BERLIN
‘This part that seemingly needs to get out through a place in my body’
Organized by Salonul de proiecte
Exhibition: Jan. 31 – Mar. 07, 2020
Rosa-Luxemburg-Straße 45, 10178 Berlin, click here for map