There is always one film at the Berlinale that reminds you that the moving image can mobilize change in perspective, politics and power structures. This year there were three, and they were all by one brave artist. ‘NDN Survival Trilogy’ (NDN being a shorthand for Native American) was an intimate and witty solo exhibition by the Canadian artist Thirza Cuthand, which brought a much-needed intersectional perspective to conversations about environmental racism and so much more. Cuthand, who is of Plains Cree and Scottish descent, has been making daring personal films with a DIY-aesthetic since the mid-90s. The performed drollery of her narration is irresistible: it feels as though Cuthand is reading to us from her own, private diary. Her storytelling style marks her as an elder-in-training, a modern sex-positive sage who does not shy away from topics of mental health, reproduction, queerness and the environment and how these all intersect with indigeneity. Her (often naked) body is the site of personal reflections on the impact of Canada’s settler colonial history and present. 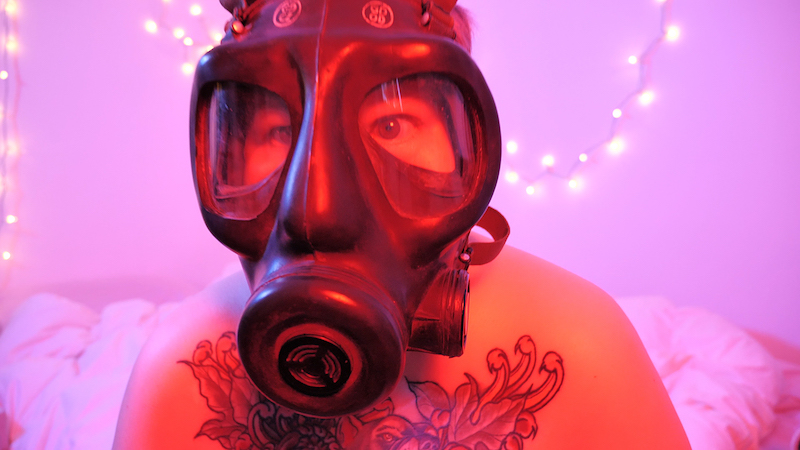 The exhibitions consisted of three of Cuthand’s recent short experimental films. In ‘Less Lethal Fetishes’ (2019), Cuthand muses on artwashing, the use of gas masks in her films and how this makes her complicit in tear gas manufacturing and toxic products of war. In the cheerful yet dystopian film ‘Reclamation’ (2019), Cuthand imagines a future, post-white world ruined by settlers who have left Earth to start fresh on Mars, as told by the the Indigenous survivors left behind. The third film, ‘Extraction’ (2019), juxtaposes Canadian resource extraction and child kidnapping (a serious problem plaguing Indigenous families). Cuthand speaks bluntly about her intersectional challenges with fertility and is open about her bi-polar diagnosis. Cuthand’s creative output couples her opinions on land extraction with bodily extraction; the film reveals her fears that her future children would be in danger of being taken from her because of how both her “illness” and her indigeneity are stigmatized by the Canadian Child Welfare system. ‘Extraction,’ which was also part of the Berlinale Shorts program, was nominated for a Teddy Award (the Berlinale’s highest recognition for queer films). 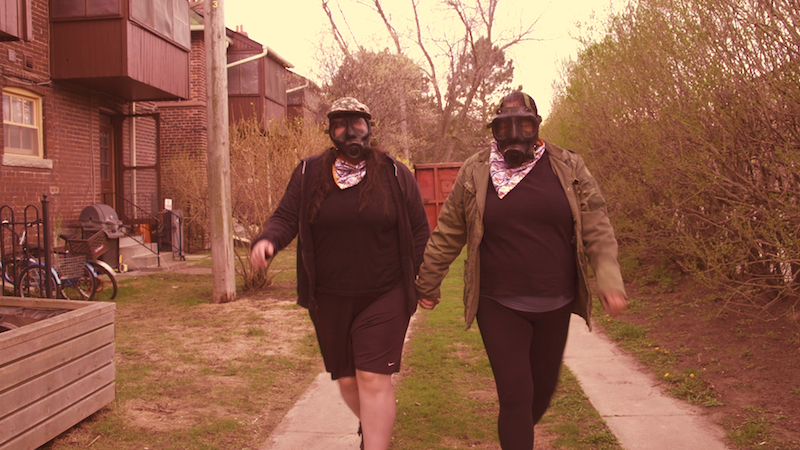 Cuthand’s solo exhibition was installed in the Marshall McLuhan Salon, a round, wood-panelled exhibition space at the Canadian Embassy. Situated at Leipziger Platz since 2004, the embassy has been a long-time supporter and venue for the Berlinale Forum Expanded programme. “It feels a bit weird to be in the Canadian Embassy,” Cuthand revealed shyly at the opening of her show. During the Berlinale Canada Party a few days later, she and fellow Canadian artist Kika Thorne (whose short film ‘The Sun’ was featured in the Forum Expanded exhibition at Silent Green’s Betonhalle), bought a healthy dose of reality to the mixer when the pair bravely held up the protest signs reading “Respect Wet’suwet’en” and “No Pipelines / No Man Camps,” respectively, when they joined other Canadian artists featured in the Berlinale program on stage. The First Nations Wet’suwet’en people of British Columbia object to the natural gas pipeline proposed by Coastal GasLink as it is set to be routed through their traditional lands. This sobering act of protest by Cuthand and Thorne drew attention to how extraction disposes First Nations people of their land and, axiomatically, their culture. Cuthand is no stranger to speaking out. Last year, when one of her films was invited to the Whitney Biennial, she and Montreal artist Caroline Monnet called for the resignation of the Whitney Museum board member Warren B. Kanders, owner of Safariland, a company that manufactures tear gas (the same chemical weapon used against protestors at Standing Rock and migrants at the US-Mexico border).

By reminding us that the personal is always political, Cuthand’s films and her dry—at times hilarious, at times somber—self-reflections cut through the crap of art for art’s sake, returning the gaze of Germany’s Karl May-loving, Indigenous fetishists and challenging all of us to rethink our relationship to the land and who has the right to be free and safe on it. 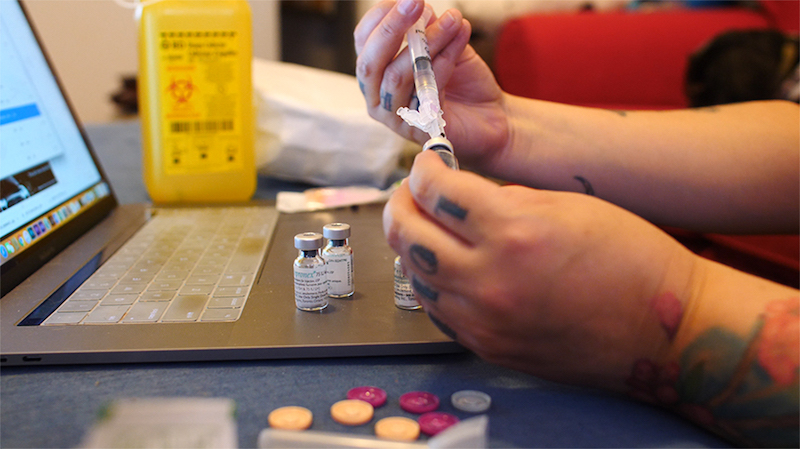