It could be cynical to say that Daniel Steegman Mangrané should consider himself lucky for the chain of events that have made ‘Fog Dog’ at Esther Schipper even more alienating, uncanny and strange. To ignore them in my reception would be, however, dishonest. On any other day I’d take the use of hidden speakers to emulate the sound of footsteps—or paw steps—in the gallery as a theatrical affect, but during my visit I was startled at every insinuated presence, ready to ensure they maintained a viral-safe distance. While the video about stray dogs living in the Dhaka Art School anchors the exhibition’s inter-species allusions, it’s the invisible corona virus that remains the dark star of the show. The other unrelated but influencing event is the non-virus-related closure of Blain Southern’s two-storey mega space below that of Esther Schipper. Francesco Clemente’s monumental wall drawings still adorn the at-least-10-meter-high walls. Seen through shuttered glass doors, sadly unlit, they are caught in a state of semi-undress, strangely denuded of value and their usual art world glamour. Mangrané’s show is also unlit, or more accurately, illuminated by the caprice of the Berlin sun, as it mists through the diffusion fabric covering a triangular cut in the ceiling.

These circumstances serve the illusion that Mangrané was intuiting oncoming events, but more likely they just amplify some of the ideas he has already been working on: like how art might function beyond a human-centric point of view. In Mangrané’s case, this does not mean a radical break with the European aesthetic tradition. The artist’s vocabulary is indeed the white rice of the modernist canon: geometric, architectural forms. What counteracts this archetypal gallery scene are the various non-human elements weaving through the show. In an adjacent room, a single-channel video offers a glimpse into the day-to-day life at a Bangladeshi art school populated by students and stray dogs. The dogs take up the curious position of sometimes interacting with the art, mostly by sniffing it, though ultimately they remain the uneducable audience, untouched by the edicts of art appreciation. The other non-human elements in the show include the unpredictable light of the sun and the ambiguous footsteps played through the loudspeakers. Seeing the work framed not just by the gallery, but by a larger world indifferent to human activity, allows me to slip off the corset of European values and interpret the work as part of a disappearing ontology.

This disappearance parallels the traditions that European colonization has, in turn, eradicated. In one part of the video, an older woman explains to her younger companion that the prized art of muslin-weaving was lost with the British conquest of Bangladesh. These skills were replaced by lesser techniques imposed by the colonizers, perhaps including those taught at the Dhaka Art School, where students are seen carrying large canvases and easels are stacked at the doorways to classrooms. What is the fate of this imported tradition? Mangrané implies it is on its way out, eventually to return to the earth, as evoked by the gravel covering the entirety of the exhibition’s floor. The bed of rocks causes every step to be announced by a familiar crunch more evocative of hiking than gallery exploration. Though the visitor is inside a sterile exhibition space, the auditory experience situates her beyond it. 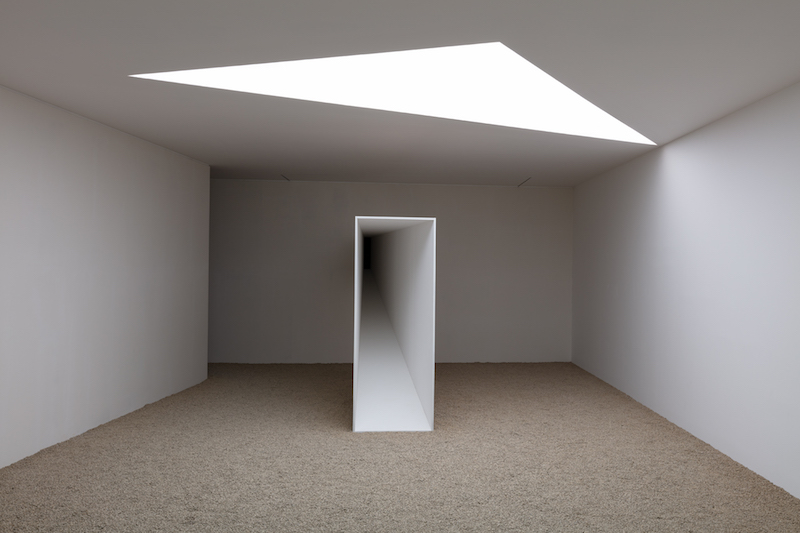 The word gravel evokes geological time, but Mangrané’s stones are of the evenly shaped, beige, garden-store variety: an aesthetic conceit, referring back to the “landscape” brought into the gallery by Robert Smithson. Mangrané’s forms “return” to the landscape of the Anthropocene, a processed, suburban sort of environment that serves to highlight just how problematic categories of nature and culture really are. Under the gravel lie Mangrané’s hidden speakers, occasionally emitting the sounds of crunching footsteps. Out of the wall extends a hollow, rectangular form, like a long hallway leading into darkness, but one which we cannot enter. The illusion of distance is achieved through the physical narrowing of the construction itself. The resulting effect is moody—the Quaker purity of James Turrell mixed with the paranoid interiors of Monika Sosnowska—as well as incorporeal. If it weren’t for the real threat of the corona virus, the ghostly pathos of the work could safely stay in the realm of theory and speculation. But today it is ominous. The gallery downstairs is empty, the streets are quiet, I am alone in the show, but there are footsteps all around me.

If human nature is an interspecies relationship, as Donna Haraway emphasizes, then the essence of what we are is inextricably linked, even dependent, on the multiplicity of other factors, and lives, pressing onto and directly into us. Or, to put it more explicitly: “Beings do not preexist relatings,” writes Haraway in ‘The Companion Species Manifesto,’ which means there is no me or you to be affected by, for example, dogs, insects, trees, intestinal flora or even viruses. We are all collectively affected. In fact viruses, explains Haraway in a lecture at the Open University, leave traces of their genetic material in our DNA to become, quite literally, a part of us. We would do well to imagine each of ourselves not as individual entities, but as a reaction, a gaseous bubbling occurring sporadically in an improvised biological soup. This makes any sense of boundaries at best circumstantial, as in our current corona-virus-induced quarantine, or, at worst, opportunistic, such as when a virus is ascribed a nationality to score political points. In other words, making the best of the situation means negotiating boundaries together rather than fencing off and eradicating the “other.” 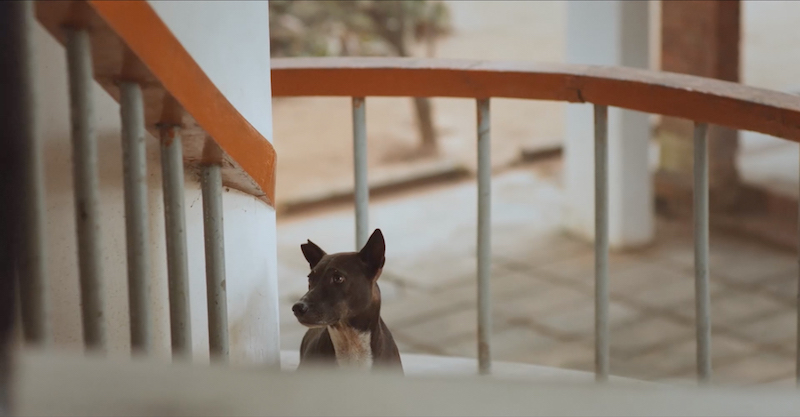 Through the figure of the dog, Donna Haraway augments the category of the other to “significant other,” which is her way of respecting difference while remaining accountable to it. Through this terminology, she attempts to weave alternate narratives that envision dogs as not entirely subservient in their relationship with people, but as evolutionary companions who have formed us in turn. Of course, the friendly mutuality underpinning her descriptions can diminish the pathological effect of human activity on other beings and the environment. This makes the addition of “significant” to “other” more of an appeal for good behavior than solid theorizing. Inasmuch as humans have become significant others to dogs—in a marital metaphor that all too easily brings to mind the knee-jerk aggression of the homo sapien “husband”—perhaps the corona virus should become a significant other to us, as well. In fact, it has to, because our physical and social health relies on integrating its DNA with our own. Will this path to integration help us positively reformulate our politics, public spaces and our very sense of boundaries—personal, political and biological? Will it help us to be a better “significant other” to our many cohabitants? Or will it unleash bitter divorce proceedings, a series of restraining orders and chronic denial of responsibility? 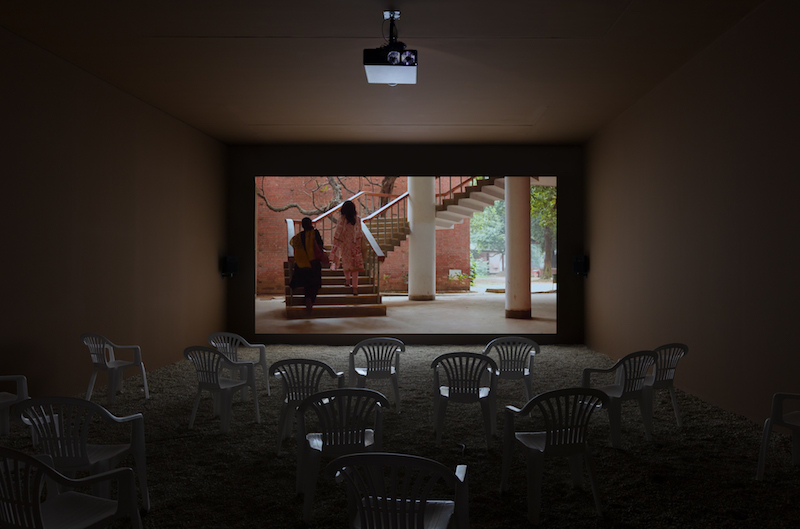 On March 17th, Esther Schipper decided to close its doors, leaving Mangrané’s spatial illusions to revert back to the ingredients listed on the exhibition map: plywood, paint, plaster, diffusion fabric. Perhaps when the doors reopen, and we come back with our new corona-augmented DNA, it will fail to re-coalesce into its former, symbol-laden self. What if the art world cannot pick up the pieces and go back to its fairs, its high prices, its glitteringly intellectual luxury status? Perhaps a new ontology will emerge, where the gallery ceases to be defined by our current boundaries and becomes a confounding relic of an old world order. 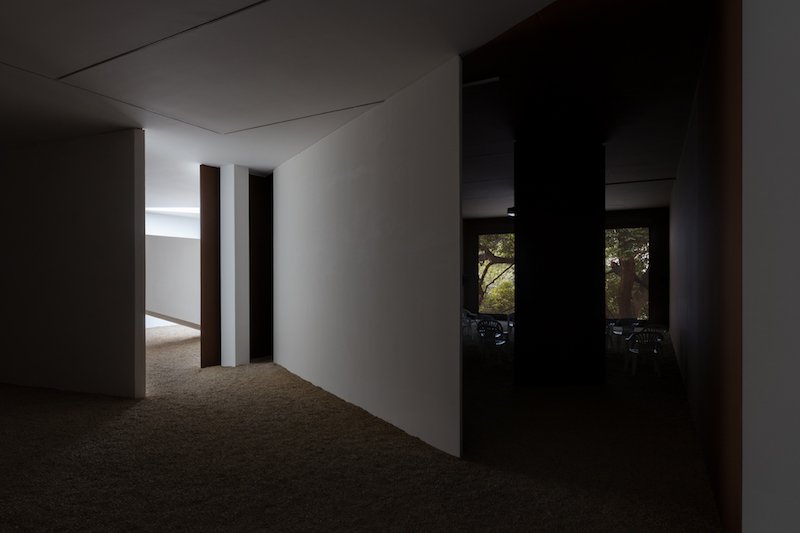