In her work, Bianca Kennedy focuses on the body in its wider social, political, philosophical and artistic aspects. In collaboration with The Swan Collective, she has embarked on the creation of works that push this theme into new territory, mainly concentrating on the future of evolution and the development of humankind. This current in their work is not just a single hypothesis but functions in relation to other contemporary debates around artificial intelligence, cross-breeding and post-human hybridisation. We had the chance to speak with Kennedy and The Swan Collective, who coproduce video works and virtual reality experiences that centre other species’ perspectives. 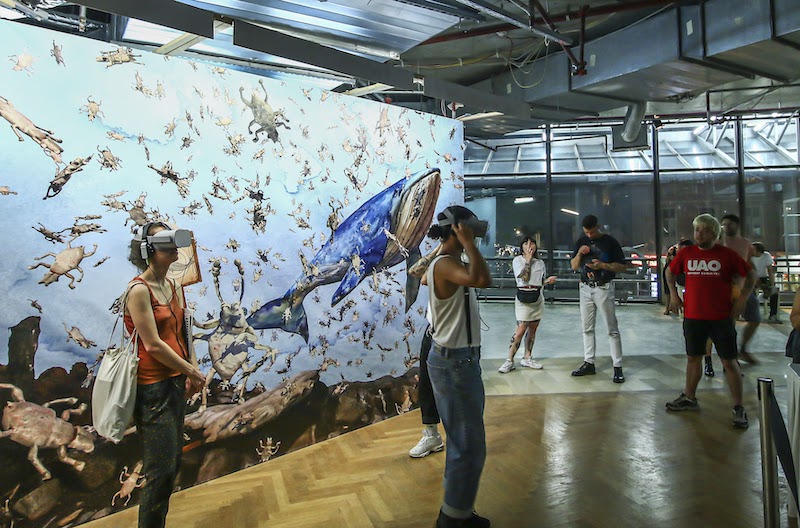 Vanessa Souli: Can you tell me about The Swan Collective, your collaboration and how you decided to work together?

The Swan Collective: The Swan Collective is a fictitious meta-concept of five alter-egos with their own distinct artistic style and character. I [Felix Kraus] created this “team” in order to stay more flexible with my creativity and to be able to merge all those interests, like 3D animation, painting and writing, into complex artworks. It’s exciting to embody those characters, dress up with different costumes and do performances or readings or even attend my own openings as “someone else.”

Bianca Kennedy: When we work together, we use the title ‘Bianca Kennedy and The Swan Collective,’ since I am not included in the collective. Every two to three years, we combine forces and create a work about the evolution of nature, which is what interests both of us most. After three quite successful 2D films (2013-2016), we created the VR experience ‘ANIMALIA SUM’ in 2019, our fourth project together. Our approach however differs; when we work together, we are preoccupied with the subject of nature and the future. When I work alone, I am mostly interested in the topic of the human body as a whole. One project I recently did was ‘We’re all in this together’ (2018) where I extracted and gathered bathtub scenes from movies and was interested how filmmakers stage the tub: a place where you are both exposed to yourself and where others might intrude at anytime. I came up with this concept after investigating how filmmakers treat the subject of the body in their work.

Another piece I did is ‘Limbo Weeks’ (2017), on view at Russi Klenner Gallery in Berlin. This is a stop-motion video about the first seven weeks of human life in the womb, where the sex of a person has not yet been defined. It’s the time where everything is still possible, and the body is still in a hybrid stage. For this work, I collaborated with the sculptor Fabian Vogler, who made tiny plaster replicas of his big bronze sculptures, which were used for the filming of the video. 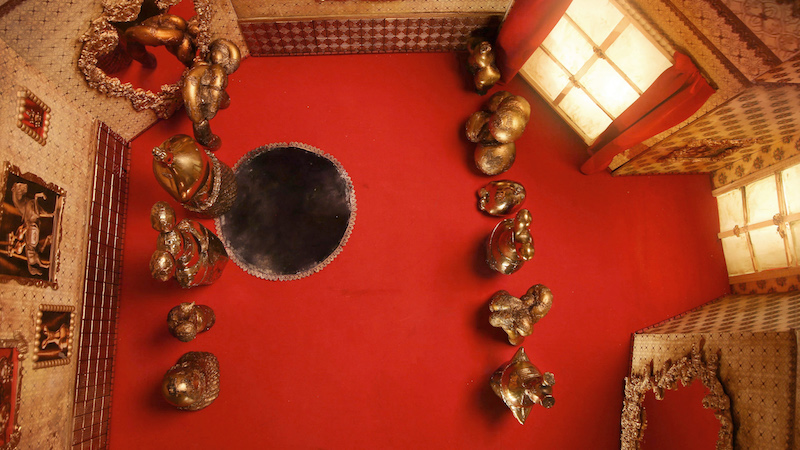 VS: When did you become interested in the future of evolution and the hybridization of humans, animals and plants? What role does this topic play in your practice?

TSC: Bianca and I have always been interested in building imaginary worlds and breathing life into things that normally can’t move or speak. We are very fascinated by the intelligence of plants and animals and how they can communicate with each other by non-verbal means. We started travelling a lot and reading books about this amazing world and we wanted to turn all this knowledge into a futuristic sci-fi scenario.

BK: We were very excited to learn about the intelligence of plants and animals and what might happen in a future where plants, animals and humans are able to cross-breed. And then, if you think about that, so many other questions arise. For example: what do you eat if you are half-plant? Can you still eat vegetables or would this be considered cannibalism? What would be the best species to breed with or which species would you like to combine and why? These questions lead us to think about who actually defines what or who is important in our society and this is a very important enquiry we seek to explore. In ‘ANIMALIA SUM’, the same question of who judges what is repellent or not, what we should like or not (for example insects) is highlighted.

VS: In your work ‘HYBRID’ (2016), you ask the question: “What would be the consequence if humans, animals and plants became one species?” How do you address this speculative-fictional question in your works?

TSC: In all our latest projects we have tried to answer this complex question and focus on the different aspects. We like to use them as social metaphors with each tackling a different current issue. It mainly depends on the point of view you are rooting for; if you are rooting for the well-being of Earth and animals, then the works are optimistic. The same goes for the film ‘The Lives Beneath’ (2016), which recently won the LOOP Discover Award in Barcelona.

BK: Our works are a bit more pessimistic rather than optimistic, but as The Swan Collective said, it depends on your viewpoint. However, we are always trying to be neutral. We don’t want to be moralistic or demonstrate to others how and what they should consume or eat. We are interested in posing questions and have fun doing that. 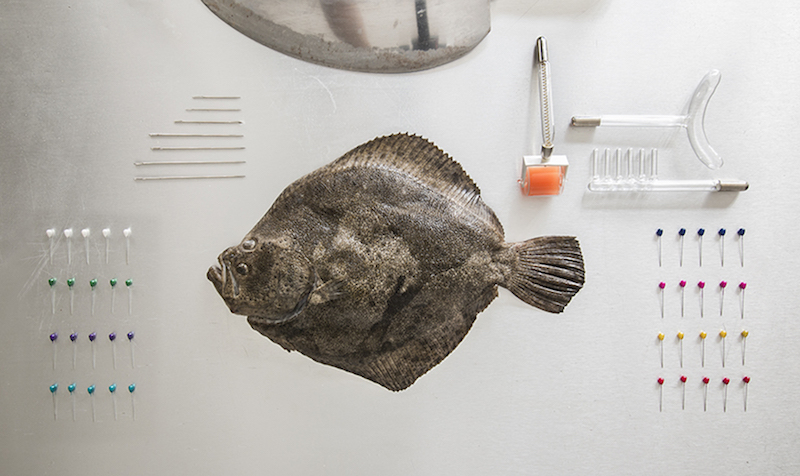 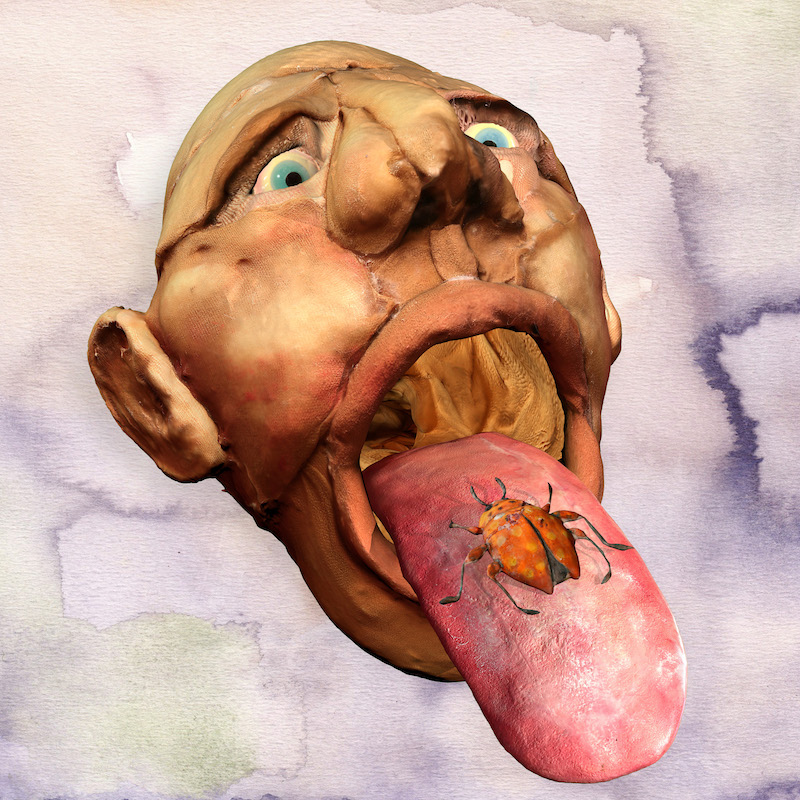 VS: In your recent VR piece ‘ANIMALIA SUM’ (2019) you explore insects as the future food supply for humans. Why did you use VR to create this experience and how has this radical proposition been received by audiences?

BK: VR is fantastic if you want to create empathy and immerse the viewer in your own world. In VR, you no longer have distance from the work and you find yourself completely engulfed in the story, imagining, in this case, that YOU are the insect.

TSC: For us, it is interesting to be able to put the audience in the “shoes” of the creatures we create only to reverse the experience in the middle and put the audience back into the role of the “aggressor” who is milking and eating the insects. While people already identify with the poor insects in the beginning, they suddenly feel an emotional imbalance and this experience leaves them perplexed and thoughtful. It is wonderful to see that people start thinking of such matters from another perspective and through the eyes of the “victims.”

BK: Our audience then realises that it’s them (society) who make the decisions about what is important or not and this is for me the power of art: to manage to show the same situation from a different angle. We are very happy to have achieved that.