Emília Rigová is a Slovak visual artist and academic of Roma origin. She teaches art at the Matej Bel University in Slovakia, where she established the Department of Roma Art and Culture in 2019. She is also a member of the Barvalipe Academy, the agenda-setting and strategic body of the European Roma Institute for Arts and Culture (ERIAC) in Berlin. 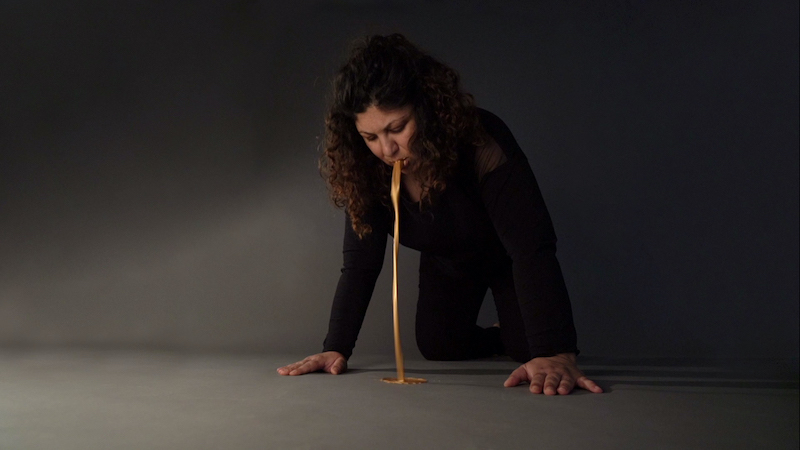 In her artistic practice, Rigová deals with cultural and social stereotypes that she often demonstrates using her own body. Through her identity as both female and Roma, her work takes on a strongly political angle. Since 2012, the artist has adopted the alter ego ‘Bári Raklóri’ (Bari meaning big, Raklori meaning a daughter of non-Roma parents). As a consequence of assimilation during the Communist period in Czechoslovakia, the artist’s family has not used Romani as their mother tongue for around three generations now. The artist’s alter ego, then, performs a symbolic reference to the mutual influence of Roma and non-Roma identities. The artist explains: “Roma have a dual identity. Since they are also citizens of a state, they also have a national identity. It is very difficult to determine where the boundaries of one are and where the other cultures enter.” 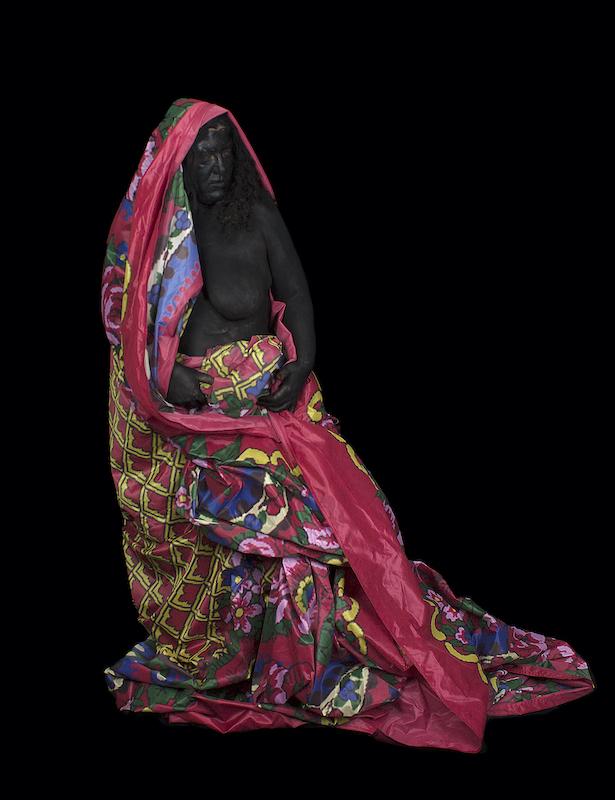 In 2018, Rigová was awarded the prestigious Slovak award for contemporary art, the Oskar Cepan Award. This award comes with a residency in New York. This stay had an influence on Rigová’s most recent work, presented in her solo show ‘Čohaňi z Koni Ajlend’ (The Witch from Coney Island) at Kunsthalle Bratislava, which opened just before the corona crisis on March 5th, 2020. In this exhibition, Rigová deals with the reconstruction of the cultural history of the Roma diaspora, which the artist personally experienced in New York.

One outcome of the residency in New York and its impact on Rigová’s artistic practice was the use of the figure of the red apple in her practice. Red apples (loli phabaj) are a symbol that the artist uses to get at the etymology of the word “lollipop.” Here, the artist is reclaiming the red apple as a Roma symbol, since the red sugar-coated caramel apples were historically sold by the Roma at markets. Similarly, the motif of the apple in her work also relates to the Statue of Liberty, ‘Lady L’. In this work, Rigová wrapped the Statue of Liberty in the traditional red Roma scarf, leaving the breasts of the statue exposed. Through feminist and Roma symbols, the artist seeks a deeper understanding of her own identity. 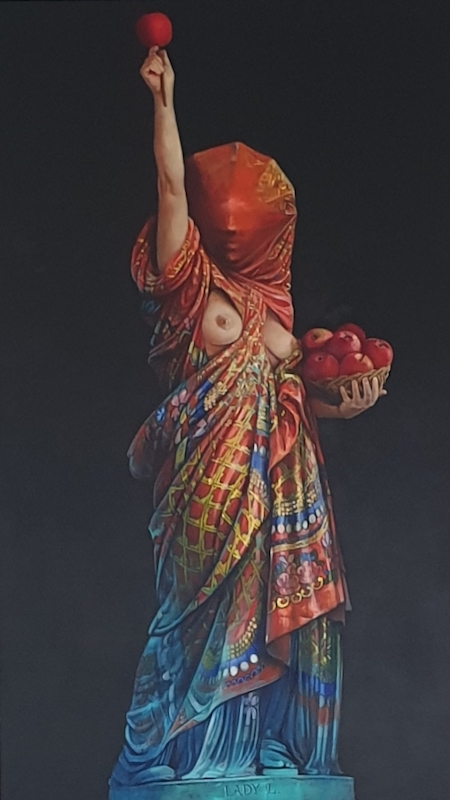 The red scarf has been used by Rigová many times before, as in her photographic series ‘Crossing B(l)ack’ from 2017 and her video performance ‘There is No Freedom Without Victory’ from 2019, which also tackles issues of Roma identity and history. The artist dedicated this work to the commemoration of the International Romani Day on April 8th. In the performance, Rigová holds the red fabric inspired by traditional Romani headscarves while standing against a strong wind on the beach, challenging the physical limits of her body to convey the urgency of the Roma struggles. The subtitle of this work is ‘Isthar’, denoting the Mesopotamian goddess of war and love.

In general, Rigová’s practice deals with the deconstruction of stereotypes, provides new interpretations of established canons, challenges mainstream views of Roma culture and invites the viewer to a critical dialogue. Her work is currently on view as part of the online group exhibition ‘Performing the Museum‘. 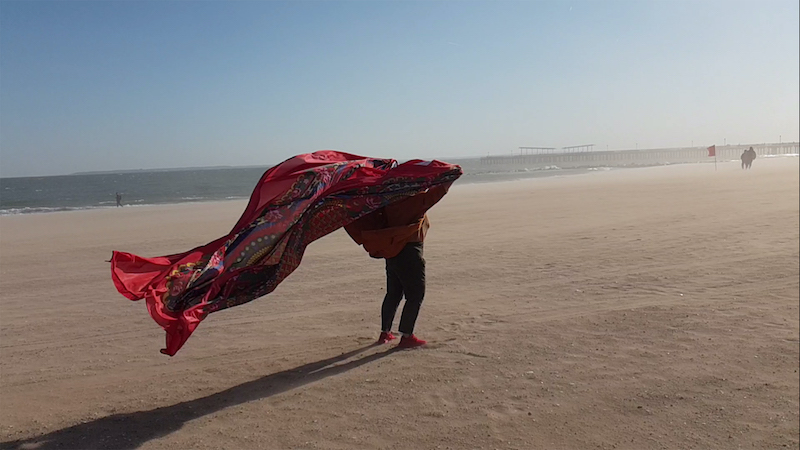 Emília Rigová: ‘There is No Freedom Without Victory’, video performance still, 2019// Courtesy of the artist